Skip to content
Yellow Aster Butte First off, a big thank you to those who worked on this trail - it was in excellent condition and the effort put into it this year was very noticeable and much appreciated! We hit the trailhead about ... https://www.wta.org/go-hiking/hikes/trip_report.2009-08-23.8515648957 https://www.wta.org/site_images/trip-reports/2009/lookingdownattarns.jpg/@@download/image/34ec896e7b22941019be9d955eb6bc24_photo1

Looking down at the tarns from the base of the butte on the way in. MM 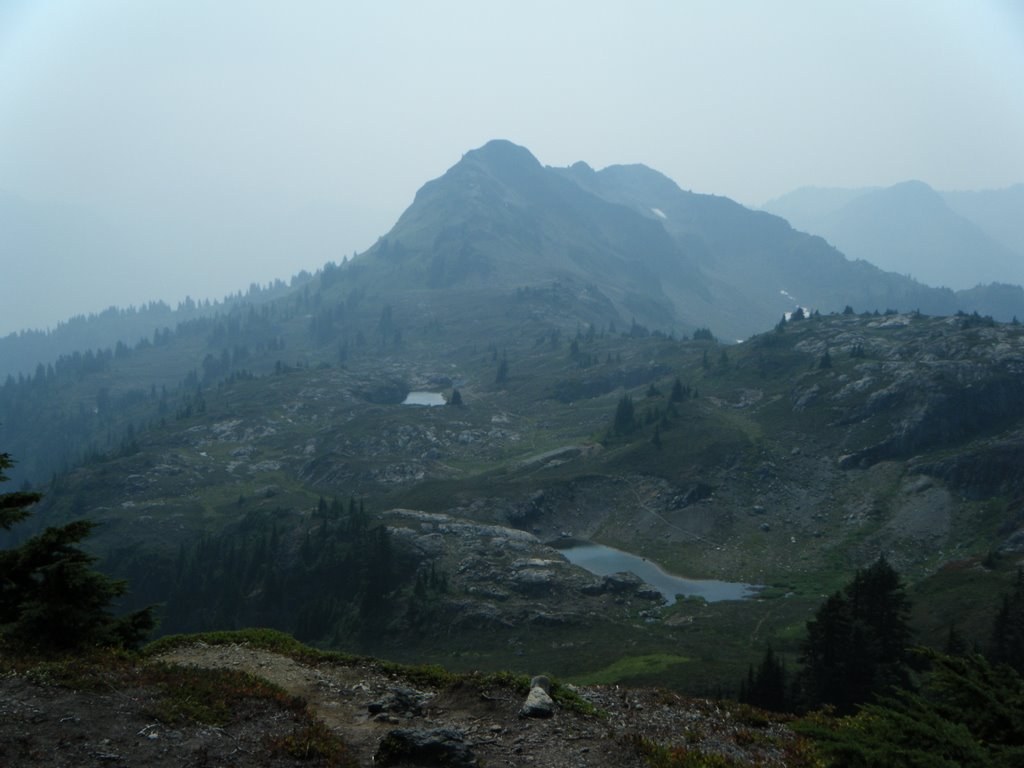 First off, a big thank you to those who worked on this trail - it was in excellent condition and the effort put into it this year was very noticeable and much appreciated! We hit the trailhead about 1pm on Tues the 18th. It was hot and the flies were incredibly thick - I wonder if there had been a recent hatching. Once we were a bit past the turn-off for Tomyhoi lake and out of the woods the trail was easier, the wind picked up and there were fewer flies - all good things! Views of Mt. Baker and Shuksan along the way were amazing as was the view over the tarns from up high on the last half mile or so of trail as we skirted around the butte before descending to the camping areas. The trail was snow free all the way though we saw some patches here and there. There were a few water sources along the way that made it easy to filter water as needed and minimize how much we had to carry for the hike in. We camped near the first few tarns for 3 nights and spent the days exploring the other tarns scattered around the ridges. The blueberries were ripe and wonderful. The weather was hot but beautiful until Thurs night when the clouds moved in and the temp dropped. But that turned out to be a great thing when we packed out on Friday late morning walking inside thick fog with no bugs to contend with. Didn't see any sign of bear but still hung our food as a precaution. We kept our packs light, packed everything out and left no trace behind.
Sunset on the border peaks. MM 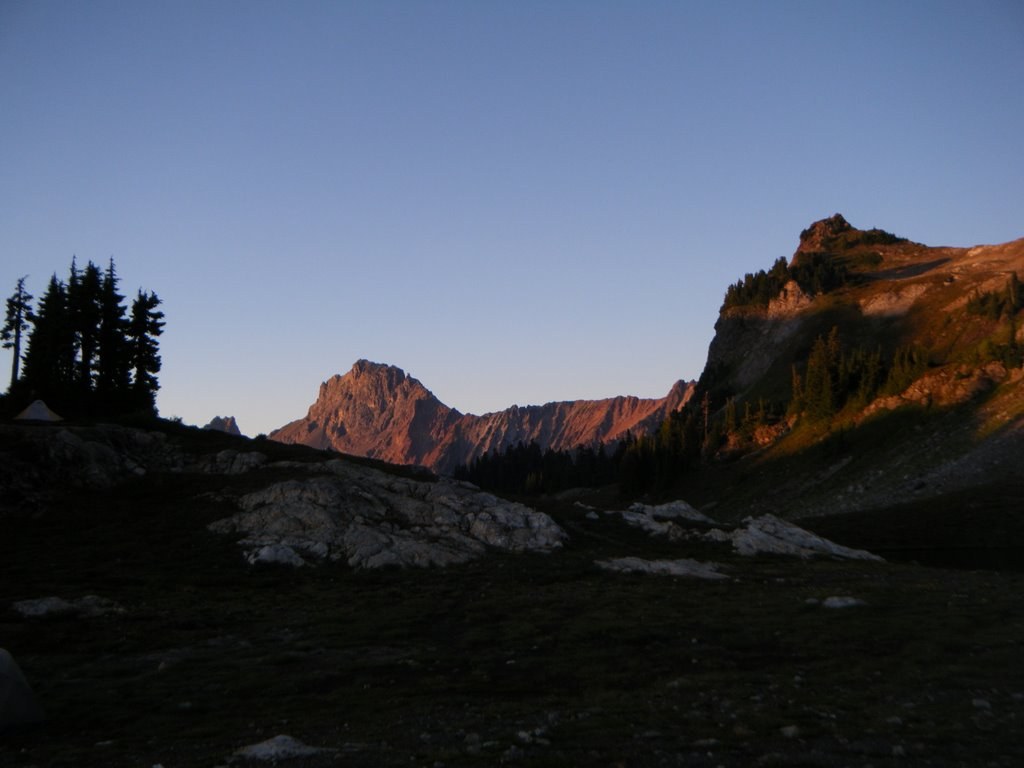 Swimming in the tarns with a view of Shuksan. MM 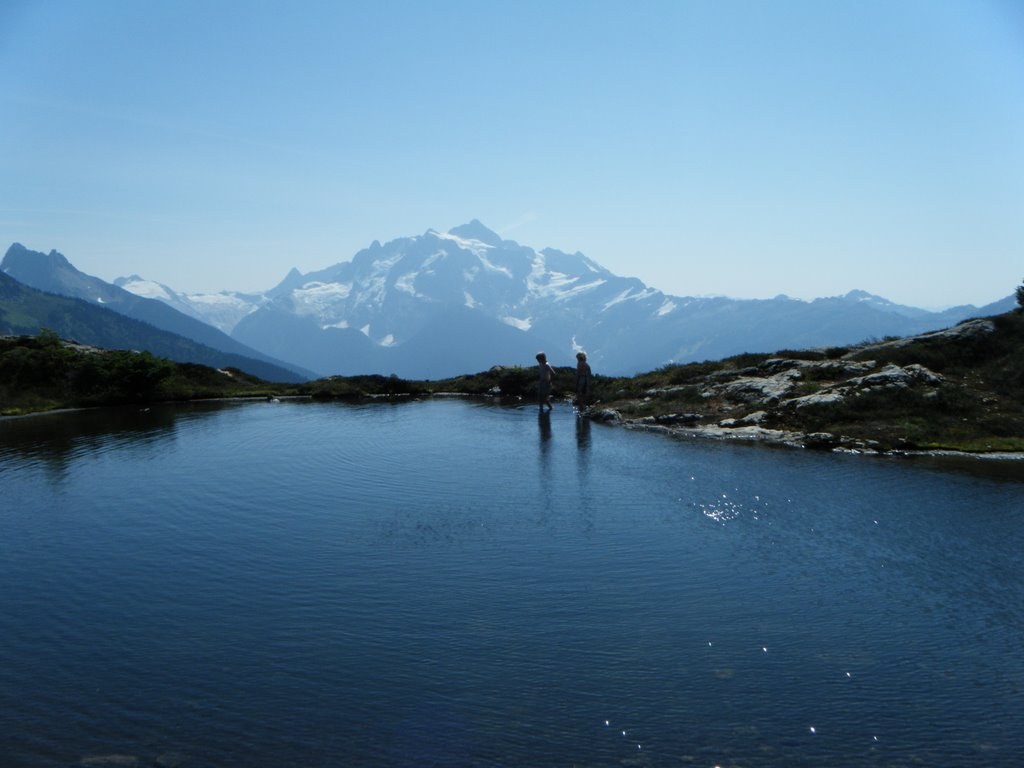