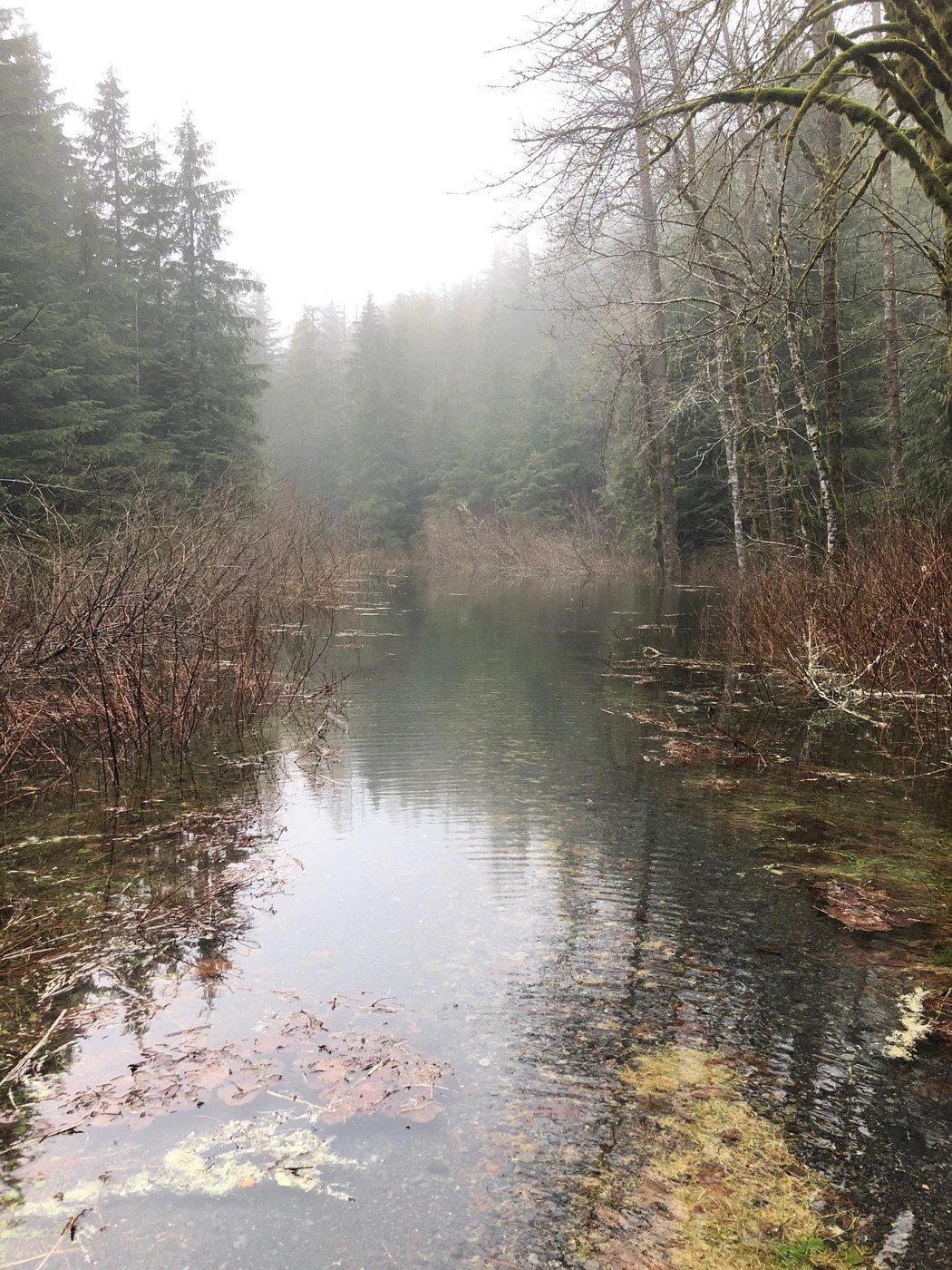 The route from Upper Falls to Wallace Lake is currently impassable due to water on the DNR road.

We hiked from the trailhead on the Woody Trail past the the falls. The trail was in overall great condition. Given how much rain we've had, I was impressed by how little water was on the trail.

After the Upper Falls, the trail was muddy and somewhat hard to follow. However, watch for the diamonds on the trees and you can't go wrong.

Once you hit the road and begin heading to Wallace Lake, the flooded area is in perhaps a mile or so. It's a least 100 yards long, probably much longer, it was impossible to see how far it went. The water appears deep, too, and it spreads out on each side of the road, so it's truly impassable until things dry out.

While we didn't make it to the lake, we still had a nice hike. We decided the flooded road was our lake and just ate our lunch there.

I did learn two important lessons, however. My dog came with us for the hike. I had assumed we would do the loop and it had never occurred to me that we would have to come back down the stairs/steep section of the Woody Trail. I had planned to hike out on the more gentle road. While I know my dog was good for the distance, it turns out he was not good for both up and down the steps. While he made it up and down the steps just fine, poor buddy was EXTREMELY sore this morning. Lesson learned. Think of what happens if you have to turn around.

Second, he was cold when we stopped for lunch. His raincoat was not enough to keep him warm once we stopped walking and he got to wear my puffy while we took our lunch break. I'll need to get him warmer gear if we're going to be hiking in the cold and wet. 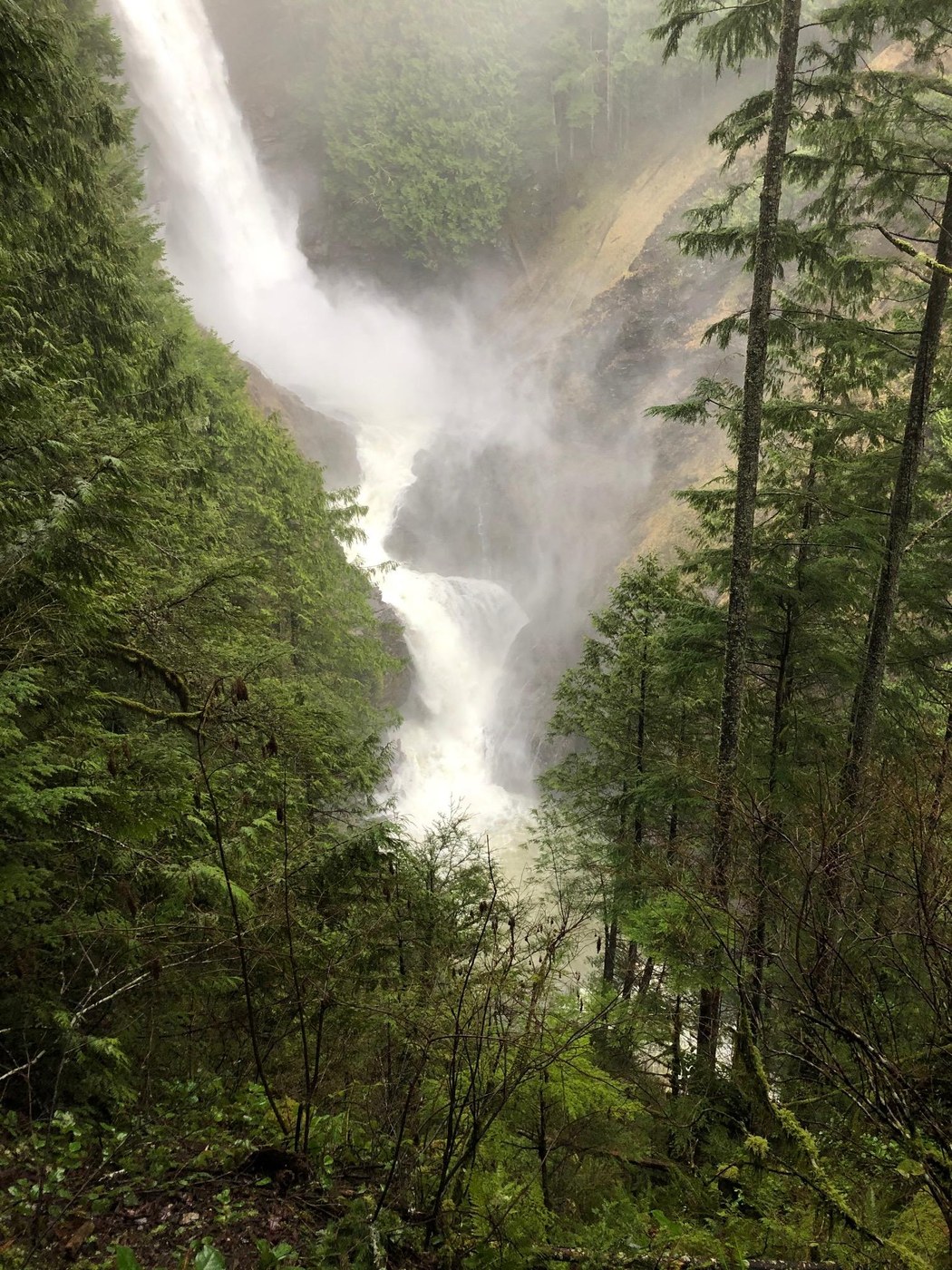 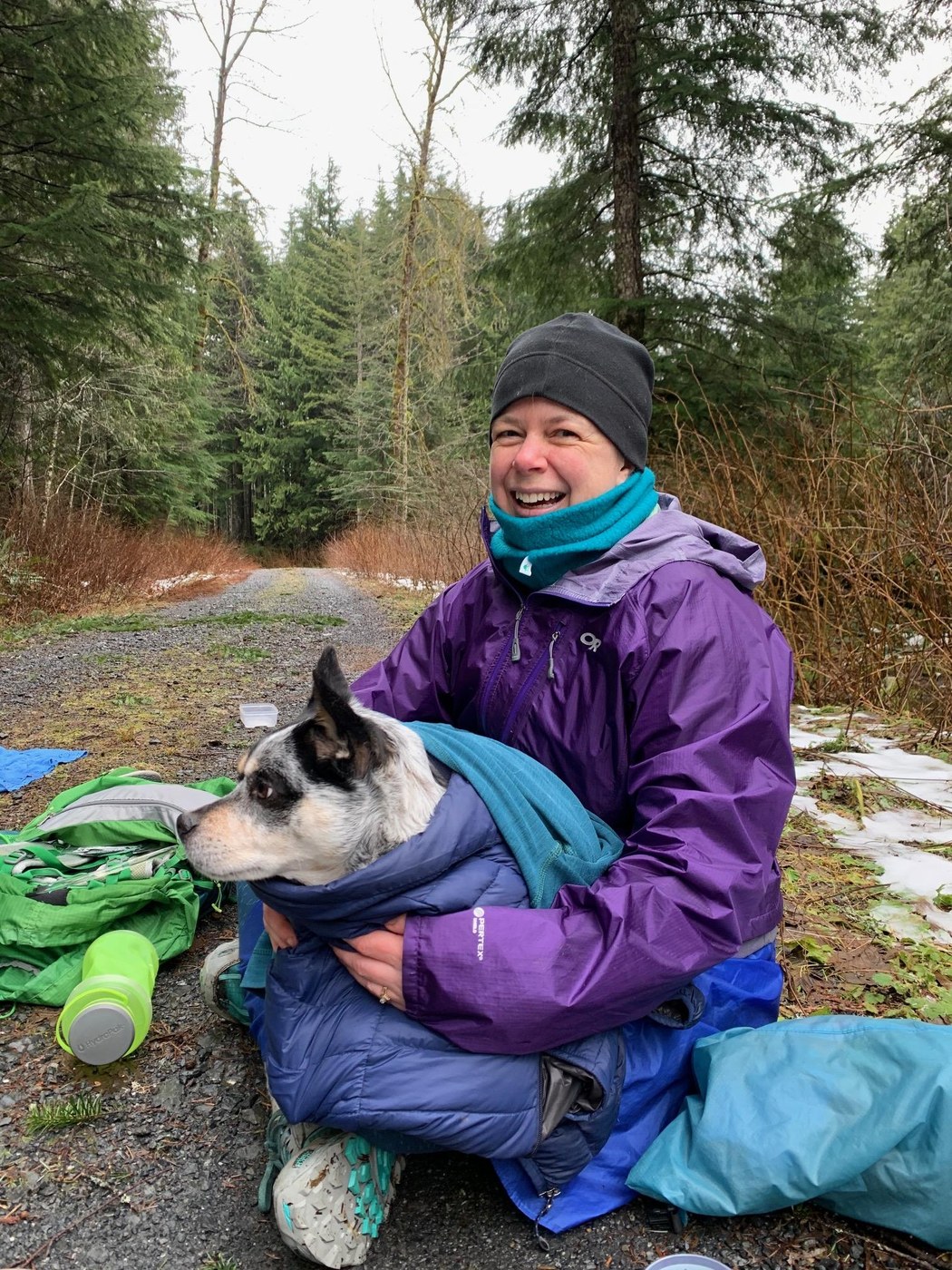 Turns out my puffy works for the dog, too. Also, it makes him look like some sort of weird caterpillar. 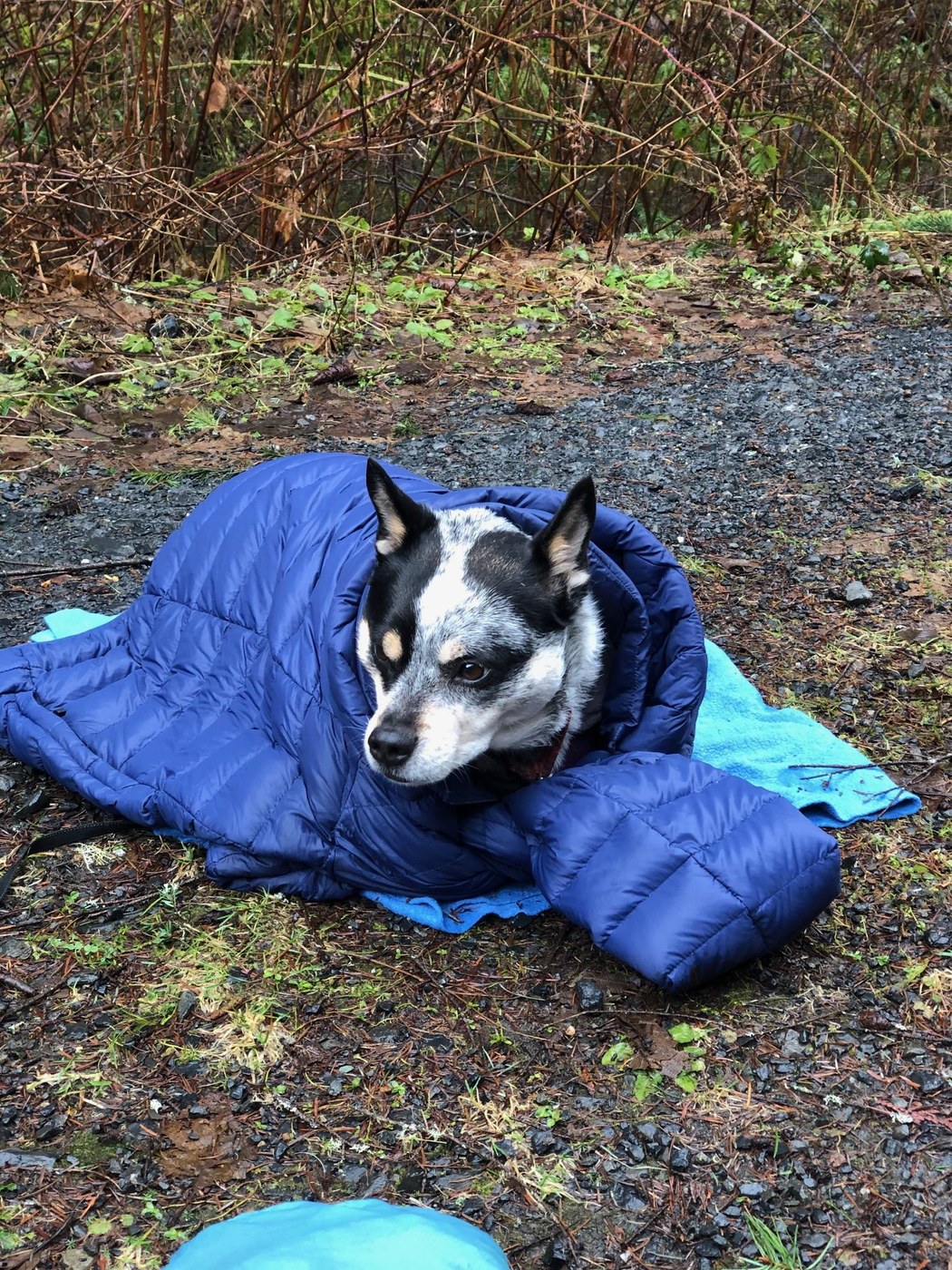 The doggie pics made me smile; thanks for posting!

Thanks! I think he's a cutie, but I'm biased.