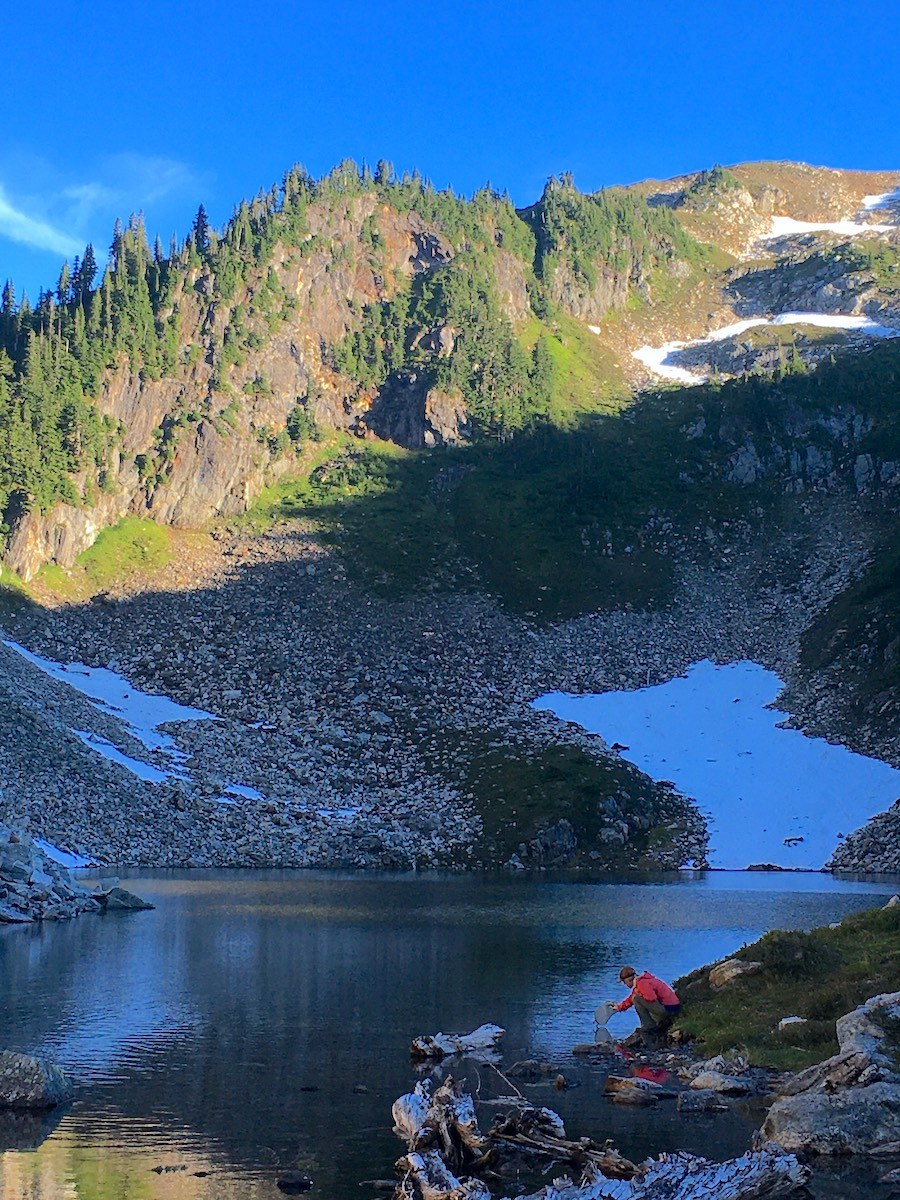 The road to Boulder Lake is narrow, rough, and overgrown with alders that slap your windshield on the worst and narrowest section. You would not want to meet an oncoming vehicle here. And it's best to drive a junker that you don't love, and don't care about the paint or side mirrors.

The trail is fairly difficult, and it took us longer than we expected to reach Boulder Lake. The final push to Boulder is a class 2 scramble. It was hard on a hot day with loaded packs. Since our destination was beyond Boulder, we had a further hour of boulder scrambling and route finding before we set up above Pear Lake.

The camps around Pear Lake were scenic, but unfortunately trashed with broken glass. The bugs were out in FULL FORCE and wouldn't relent except between 10pm and 4am. Six hours. The camp sites above Pear are also very small and on steep slopes, which make fetching water and taking photos difficult. I felt old at Pear Lake.

Second day I day hiked the ridge while my friend hosted the swarm at camp. I spent an hour reaching the notch on the route to Toketie/Kawkawak Lakes. There was a little snow to traverse high on Boulder Point. Some evidence of human activity; cranberry cocktail can (very faded), half of instant dinner bag, black coals in fire pits here and there.

I turned around at the tarn that rests in the notch there, which I will call Sliver of a Pear Lake. It was a stunning place to be. Stunningly cold swim, too. Pear was definitely colder, and we didn't swim in Boulder. A little emerald pool beneath a waterfall offered the best dip of the summer. We tried an alternate route down from Pear, higher then down more westerly toward the outlet of Boulder, but we found this route equally exhausting. Loved every second.

Sliver of a Pear Lake 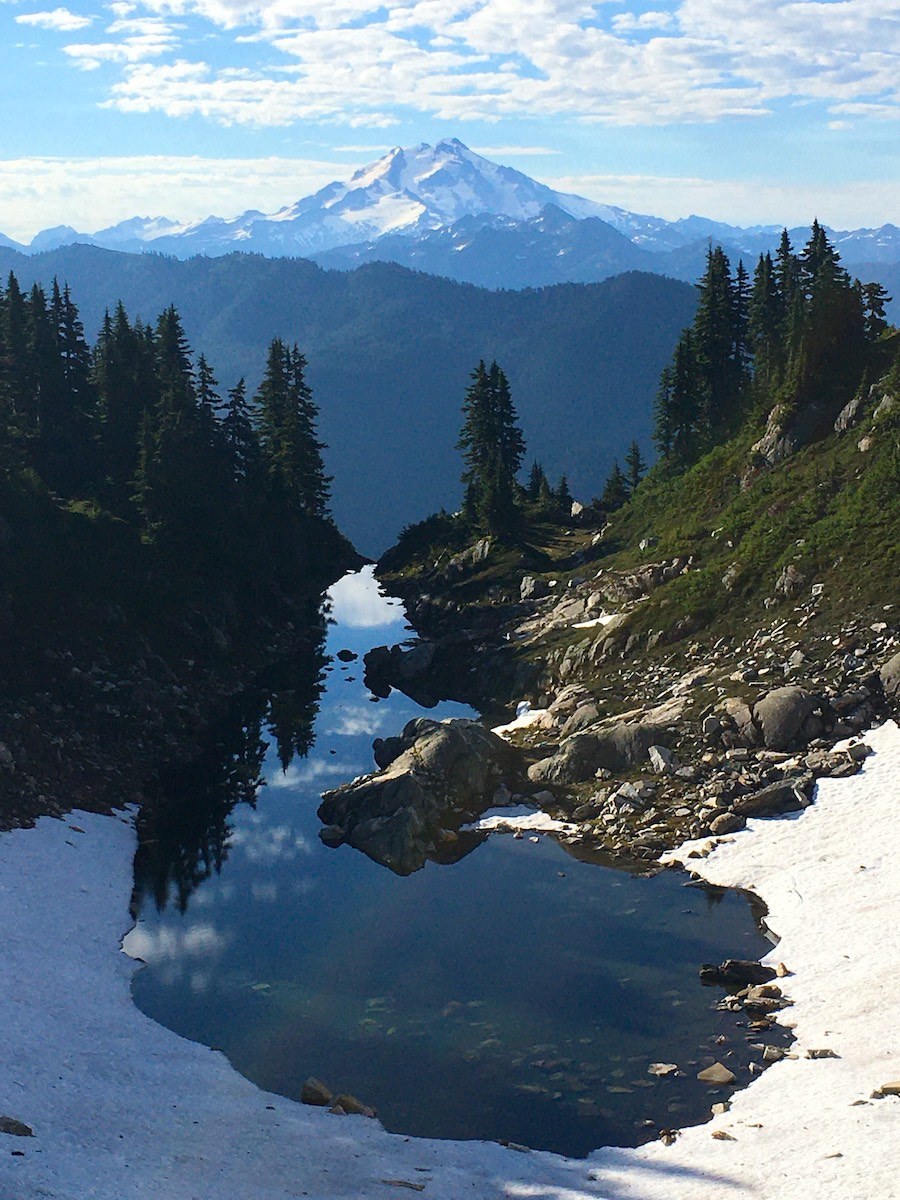 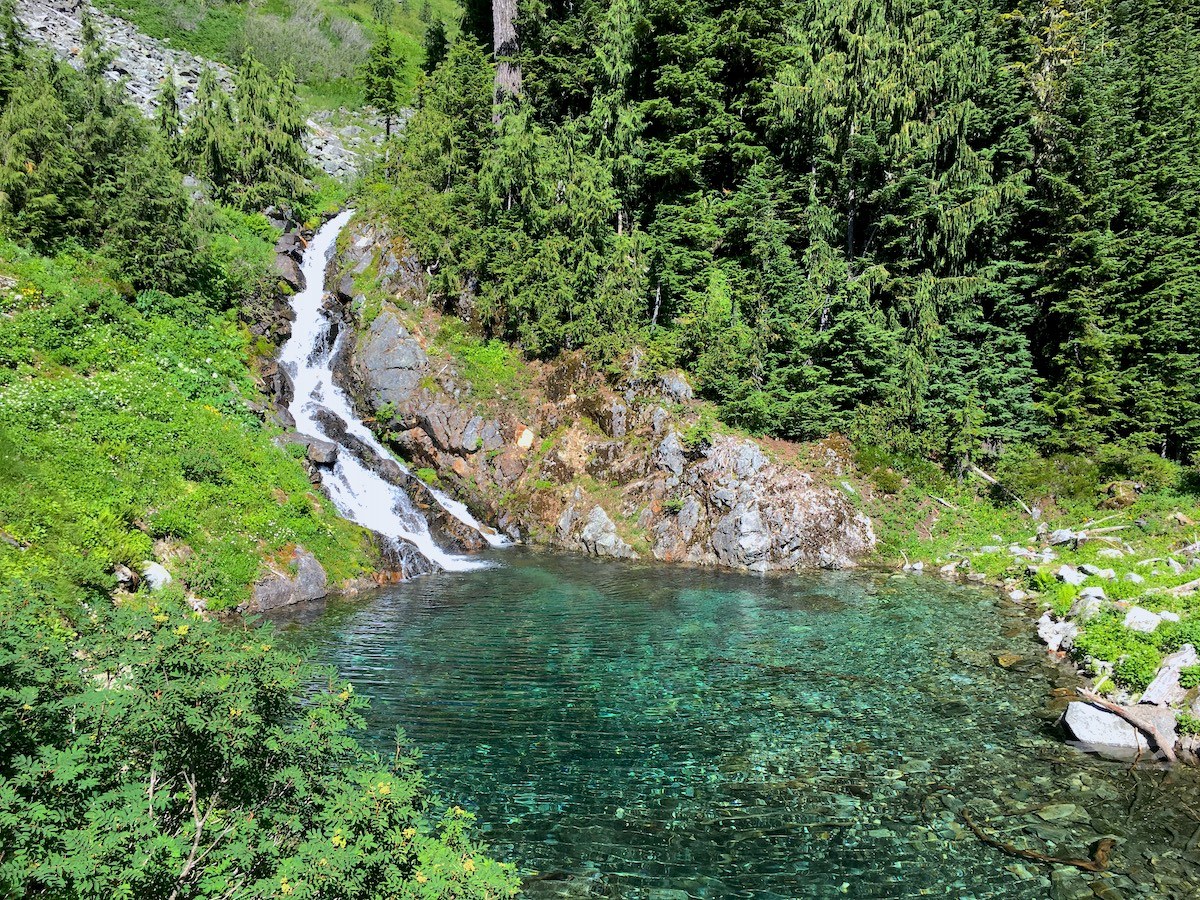 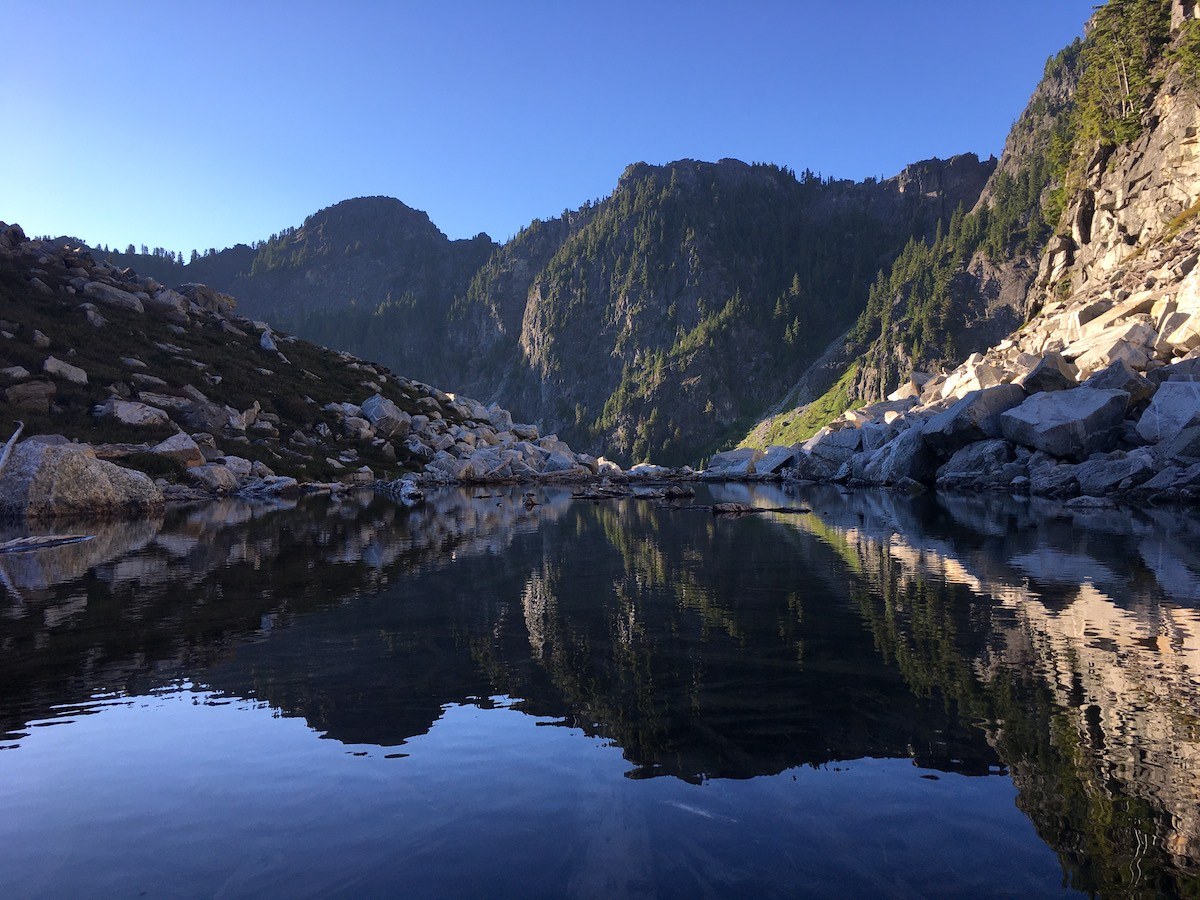