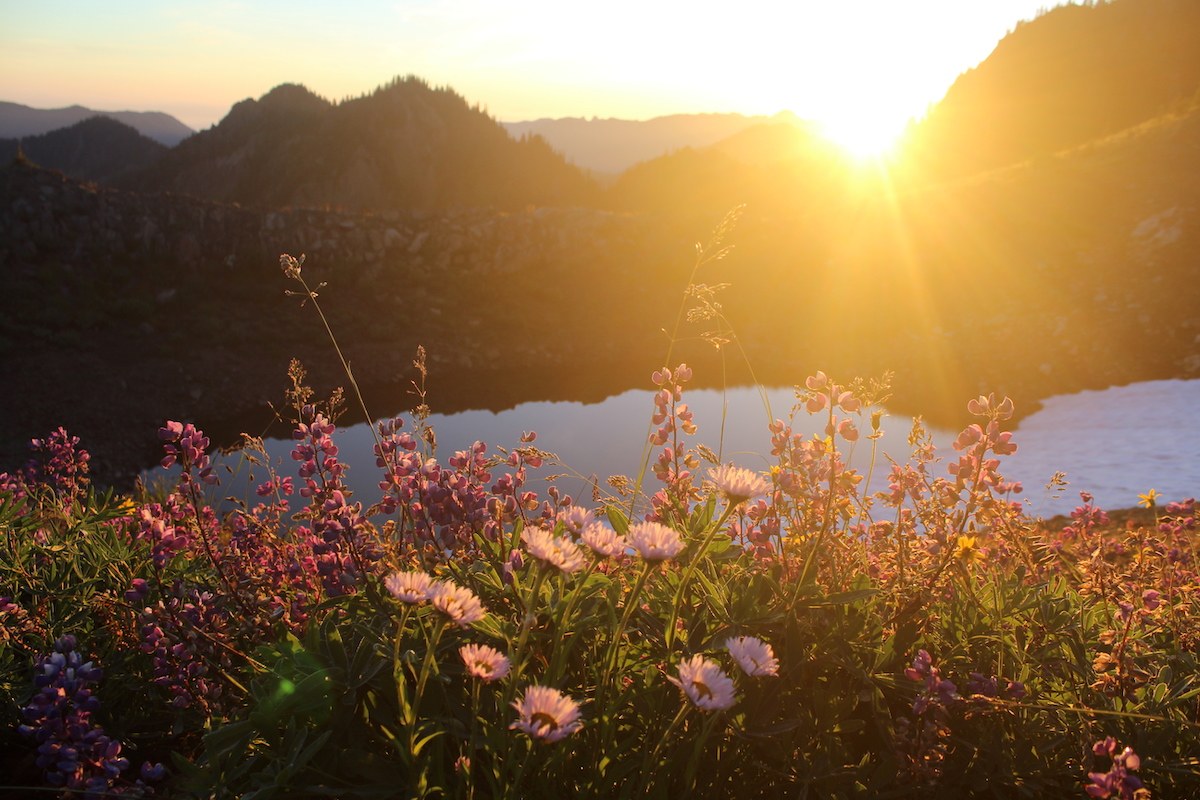 This was a 16-mile (8 bike/8 hike) trip to Oyster Lake via Boulder Creek. I started at Madison Falls Trailhead. The bypass trail is very well marked, but unfortunately rises over 100 feet, bumbling up and down as it avoids the washout below. It makes a hard walk with a bike. Then there's the brutal 1500 foot gain over the next few miles. Aigh!

The hot springs were in decent condition. Actually very clean water, and the whole area is very well kept / no trash! It's awesome. The "best pool" at the very end has been altered significantly by a massive Doug fir that fell right next to it, making it very hard to access, and another smaller tree's root wad is now lying right in the pool. :(

The trail up to Appleton pass has some minor blowdown and other obstacles. The creek runs right through the trail with no bridge shortly after the junction with Boulder Lake. Other sections are messed up with blowdown, and most of it gets fairly brushy as the trail ascends, especially near the meadows. Berries galore!

There is a short stretch early in the climb, lower in the forest, with a series of gorgeous cedar plank bridges that span a seeping hillside. They're slowly going back to nature, covered by moss, and tilting at an angle that makes them slick in the morning. I wish I had captured some of these lovely bridges in photos!

The switchback portion of the climb is in good condition. Only one couple camped at Oyster Lake. Here too, the environs were very well kept, no trash to be found. Only the corner of a cellophane wrapper and well-beaten paths connecting little campsites to the main ridge trail.

I followed the route toward Spread Eagle shortly. A couple bears on the ridge. Back at camp, a bear came around the corner toward my tent but high-tailed it (really) as soon as it saw me. Dang! Clouds swirled around before dark but the sky broke clear midway through the night.

Day two woke very early with red light on the horizon, Mt Baker showing off its bulk. Some mosquitoes found me once the sun actually hit the ridge, but generally the bugs are gone for the year here. Matter of fact, it's nearly fall at Appleton Pass: there was frost on everything at dawn!

I noticed the fall colors more on the decent. Crimson meadows on Appleton and cobalt blue skies made me long for the waxing summer season when anticipation is hampered only by melting snow. What a short window we have to enjoy the high country! 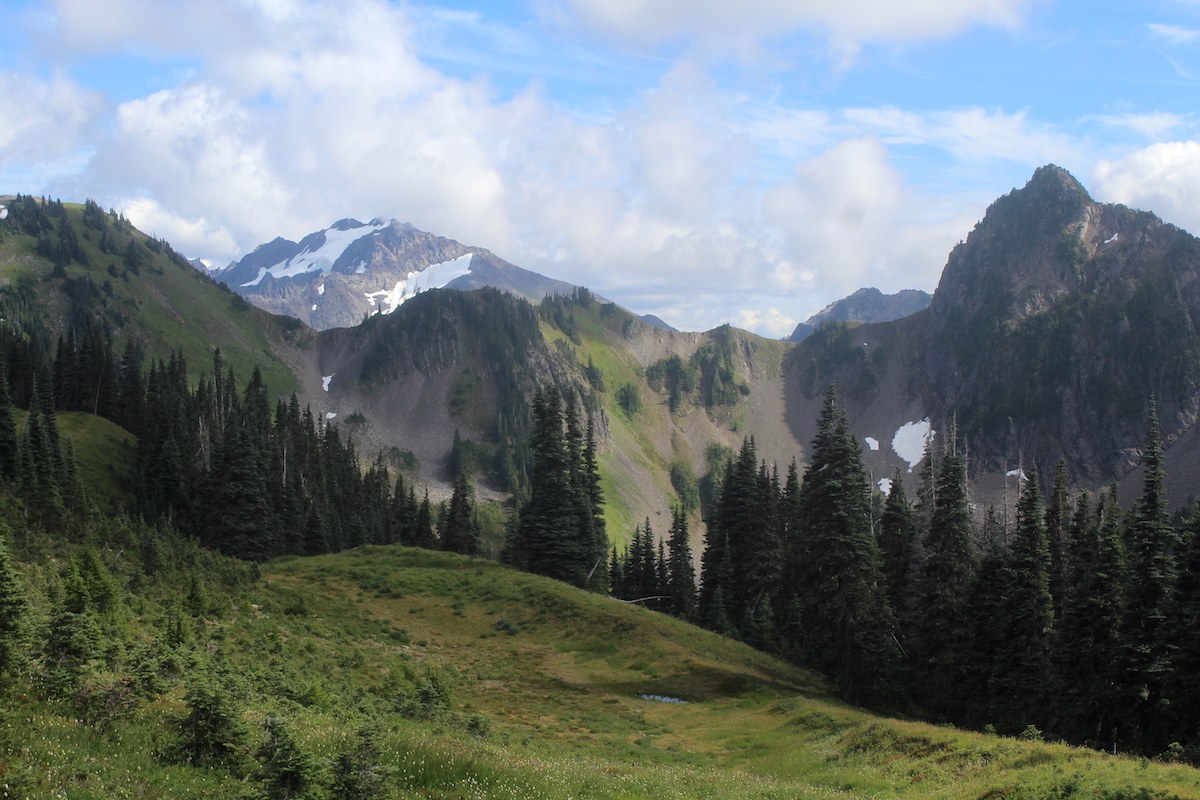 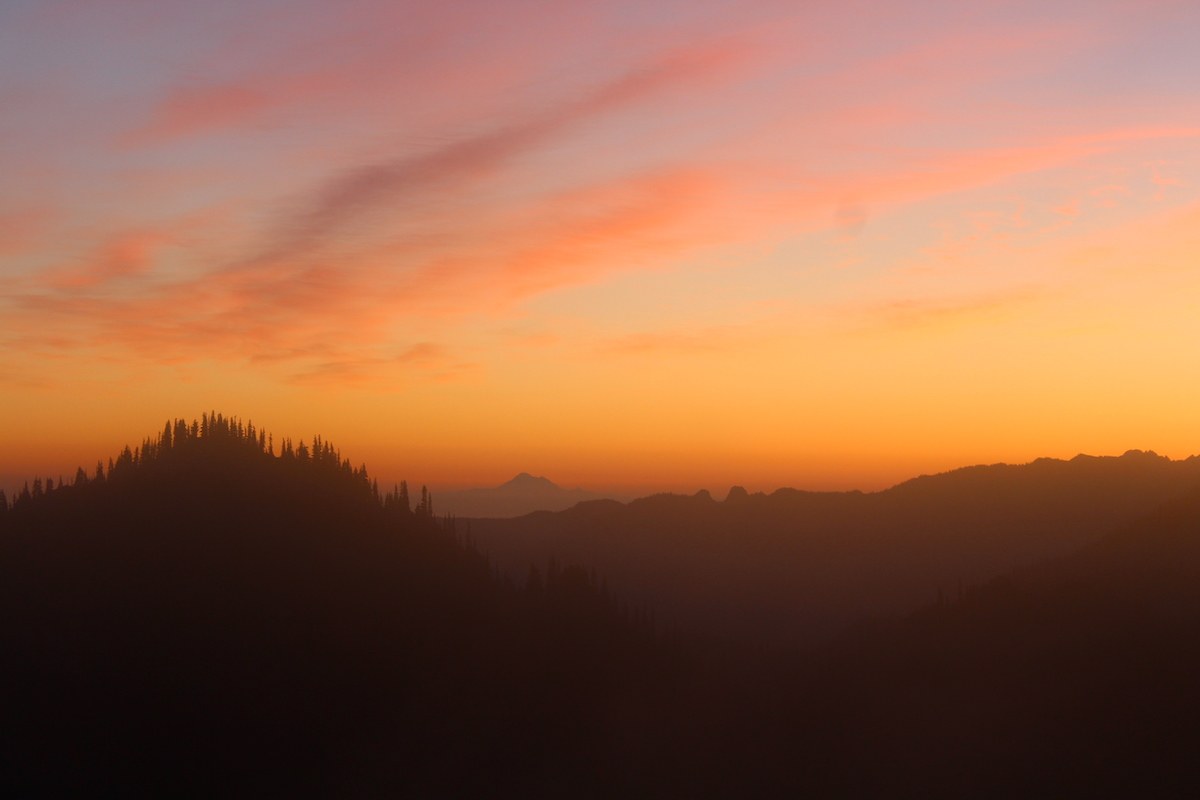 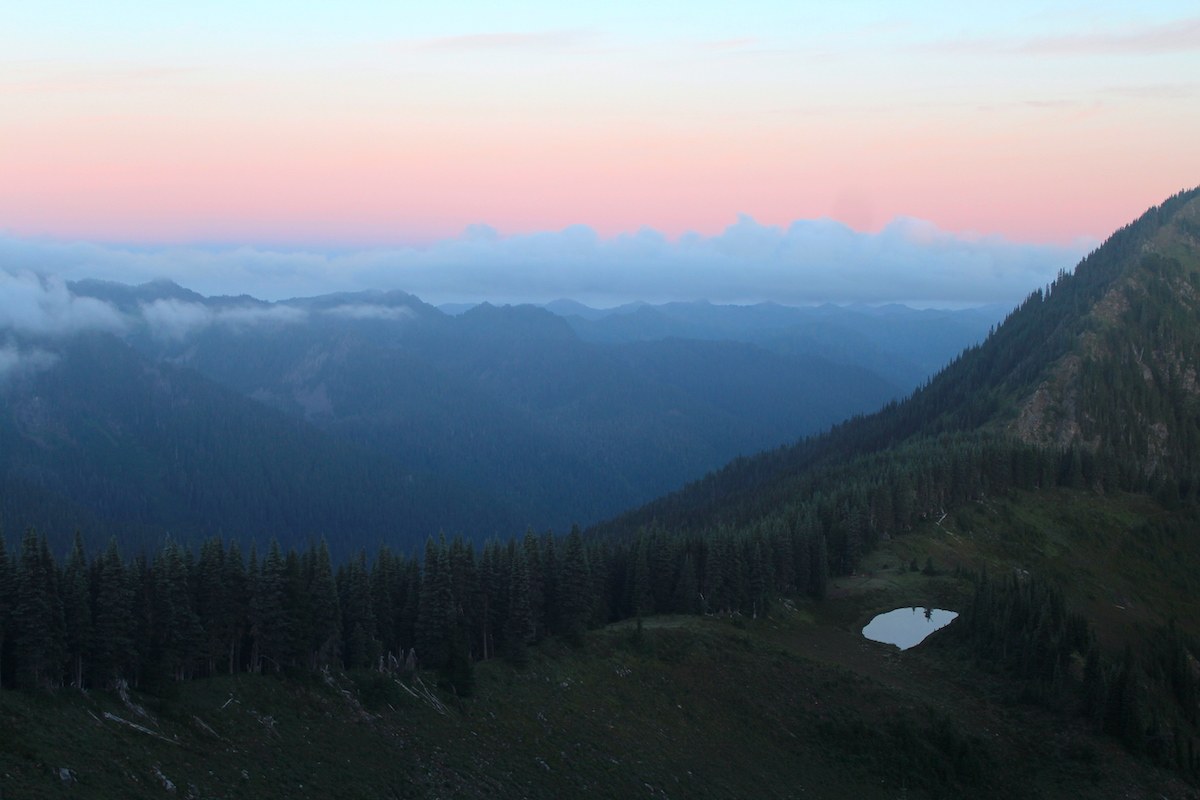