Skip to content
Main Fork Dosewallips River, Upper Gray Wolf River to Gray Wolf Pass In late August, I led a terrific all-volunteer WTA crew up the Dosewallips to work on both the Main Fork Dosewallips and the Graywolf trail. Our main focus was to clear and fix the Graywolf from the ... https://www.wta.org/go-hiking/trip-reports/trip_report-2020-09-08-7932831288 https://www.wta.org/site_images/trip-reports/2020/tripreport-image-2020-09-08-7933583984/@@download/image/unnamed (2).jpg

In late August, I led a terrific all-volunteer WTA crew up the Dosewallips to work on both the Main Fork Dosewallips and the Graywolf trail. Our main focus was to clear and fix the Graywolf from the Dosewallips junction to the pass, as there were about 70 logs down. This was causing people to damage the tread as they worked to get over, under and around those logs. Plus there was a section of extremely thick alder which had forced the tread to creep badly downhill and start breaking down due to people getting away from the alder. And there were some other sections of brush causing the tread to start to break down, which we cleared.

Our other main focus was to run a brusher to clear the horrible brush from the Graywolf junction to Bear Shelter on the Dosewallips.

Both of those goals were met, plus we had time to clear another round of logs from Bear Shelter to Dose Meadows.

In all we cleared over 100 logs from the two trails and brushed about 2 miles of trail.

Please bear in mind that this trip was only possible due to the incredible amount of time and effort put in by the Peninsula Chapter of Backcountry Horsemen, led by Tom Mix and Del Sage. Because my crews run power tools, which makes us incredibly efficient (we accomplished all that I wrote about with 6 people in 3 days of work!), we cannot reasonably get the tools, gas, oil and our camp gear 16 miles up the trail. We needed the help of mules and their humans.  We still had to walk the 15.5 miles to and from camp (we did the entrance and exit hikes each in a day), but our light loads allowed us to get to camp relatively quickly and saving energy to actually do the work on the trail. Please consider supporting the BCH in any way you can. Without them, trails would most certainly be lost.

This trip was also possible because the Park trail crews cleared the Dosewallips to Bear Shelter (I presume to put in the new privies that were at Deception Creek camp and Bear Camp). Without the Dosewallips being clear, the BCH mules would not have been able to get through.  Trail work involves incredible amounts of teamwork between agencies.

Enjoy your log-free, brush-free hike! September is the best time to get out there. :-) 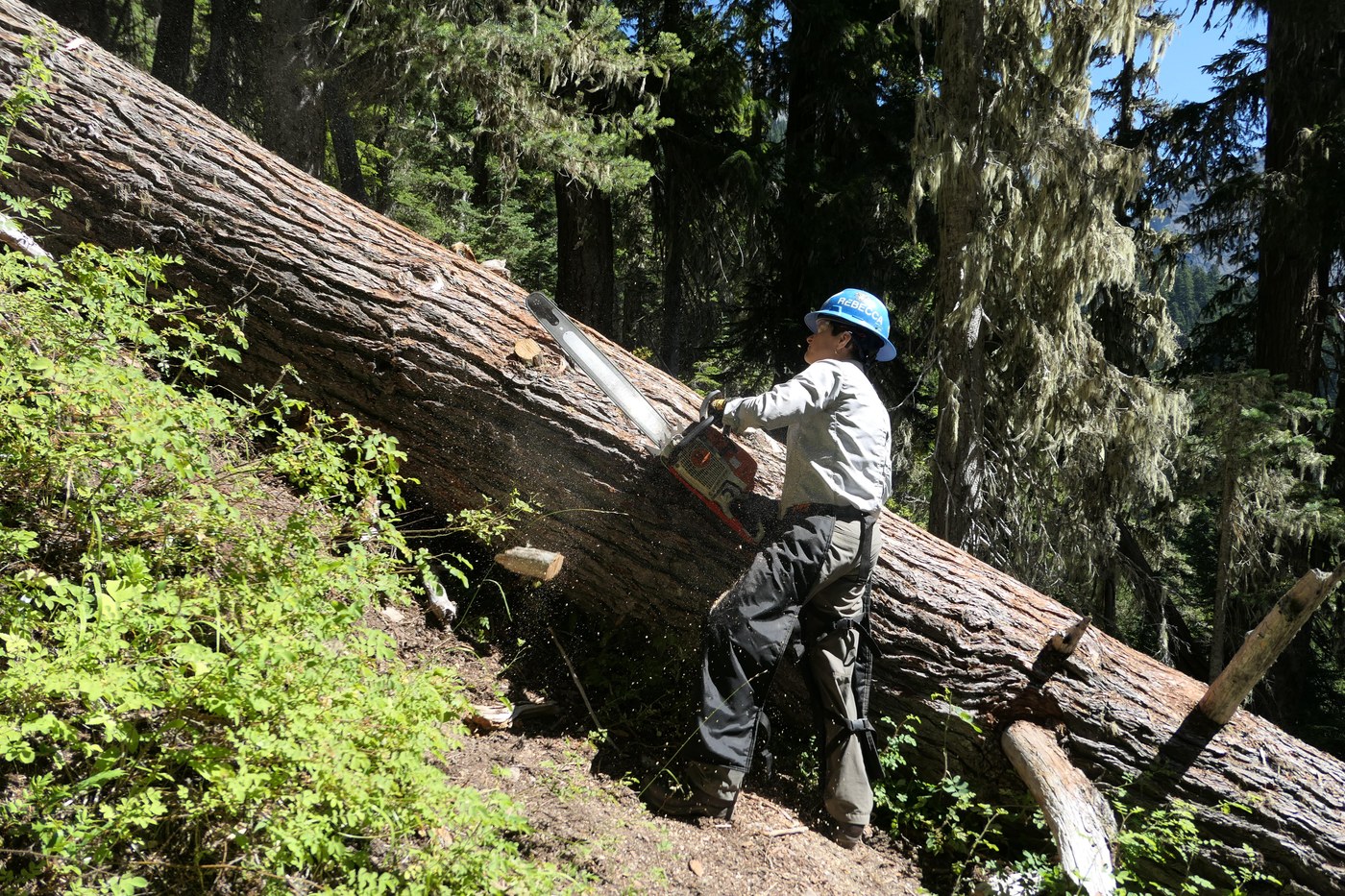 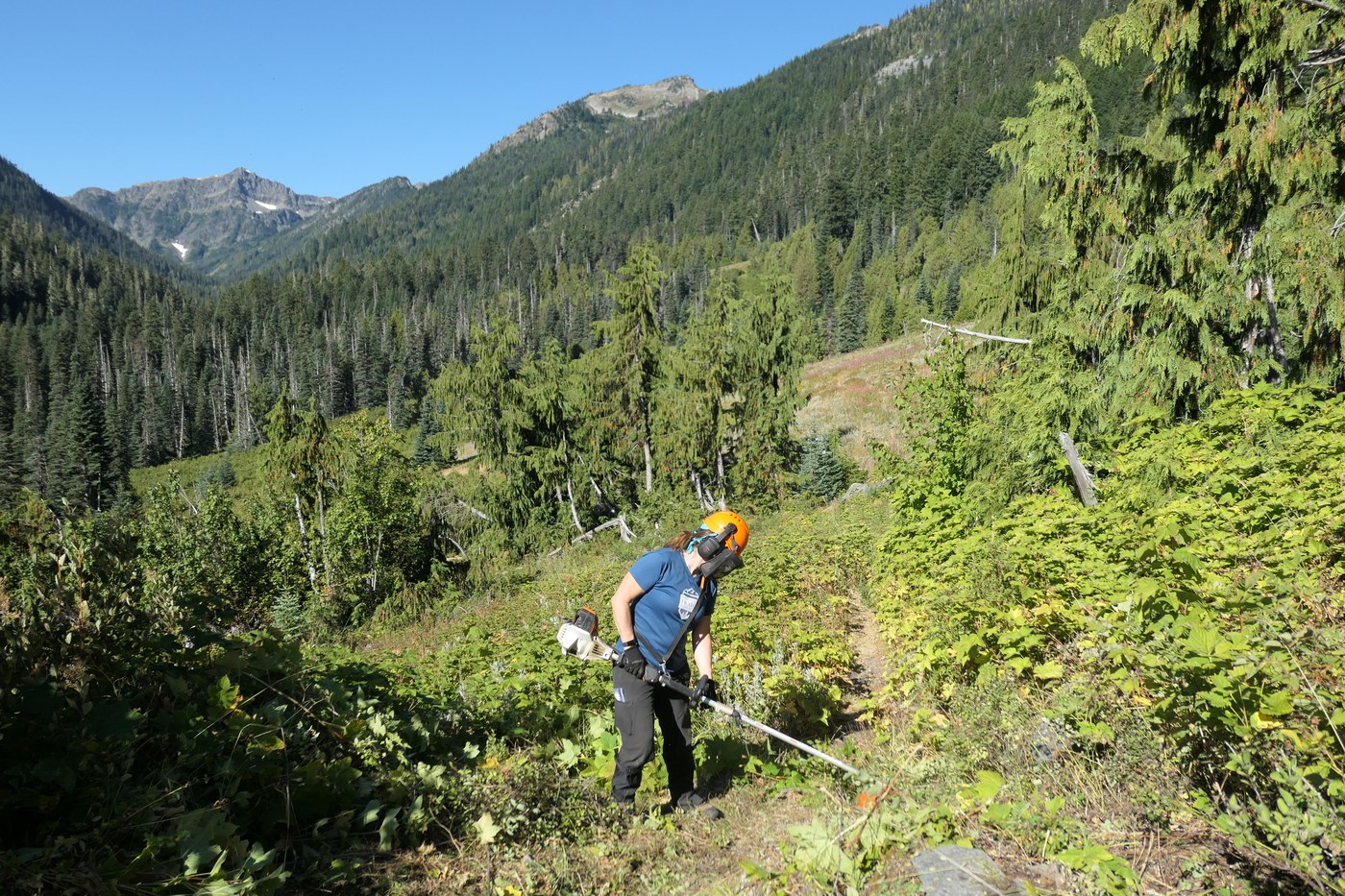 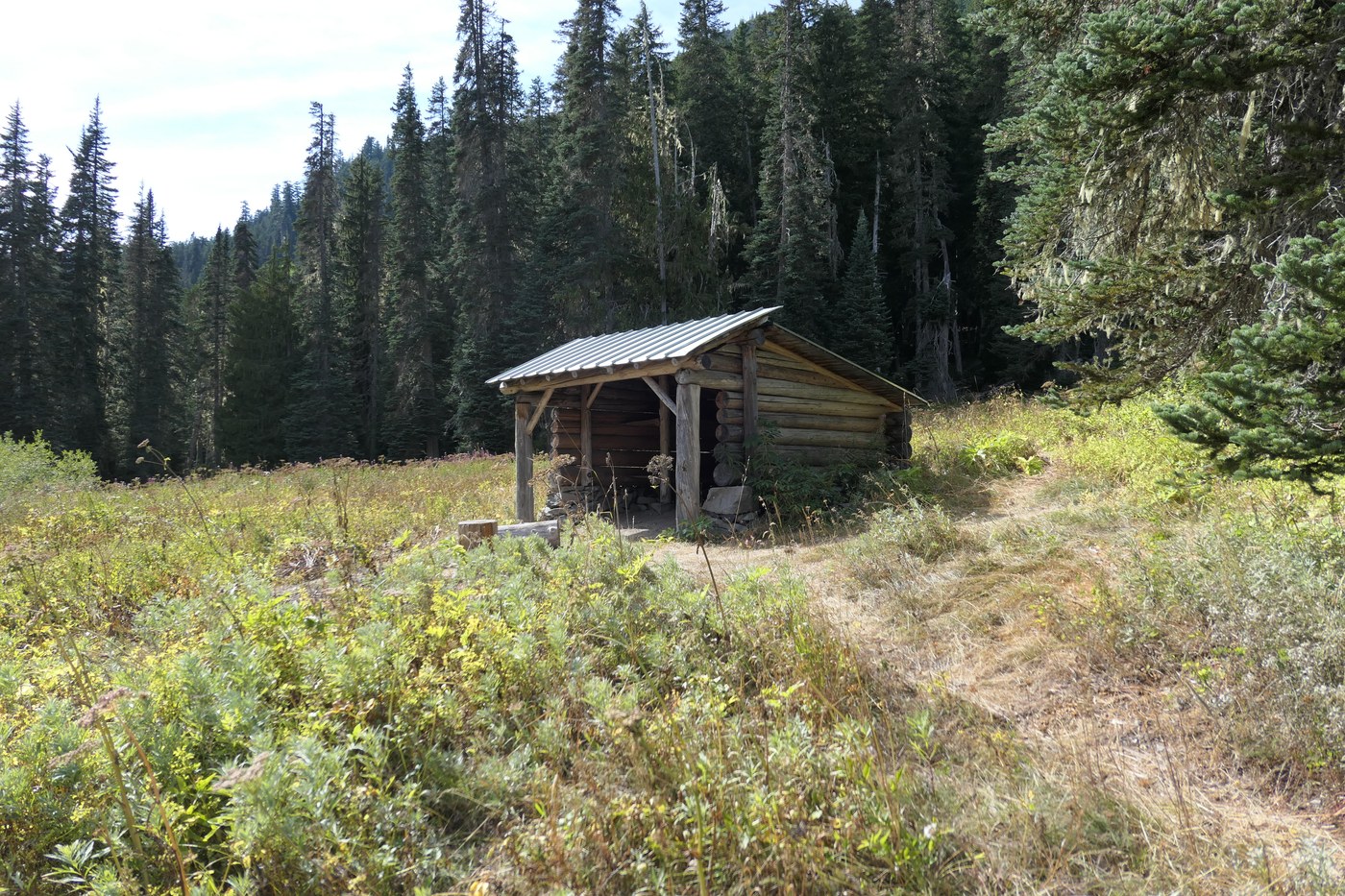 Thank you so much for this work. I hiked through these sections that you worked on as part of a loop starting at Obstruction Point. We were apprehensive as we descended from Lost Pass but it was clear sailing along the Dosewallips from Dose Meadows past Bear Camp and all the way to Gray Wolf Pass. Thanks!!!