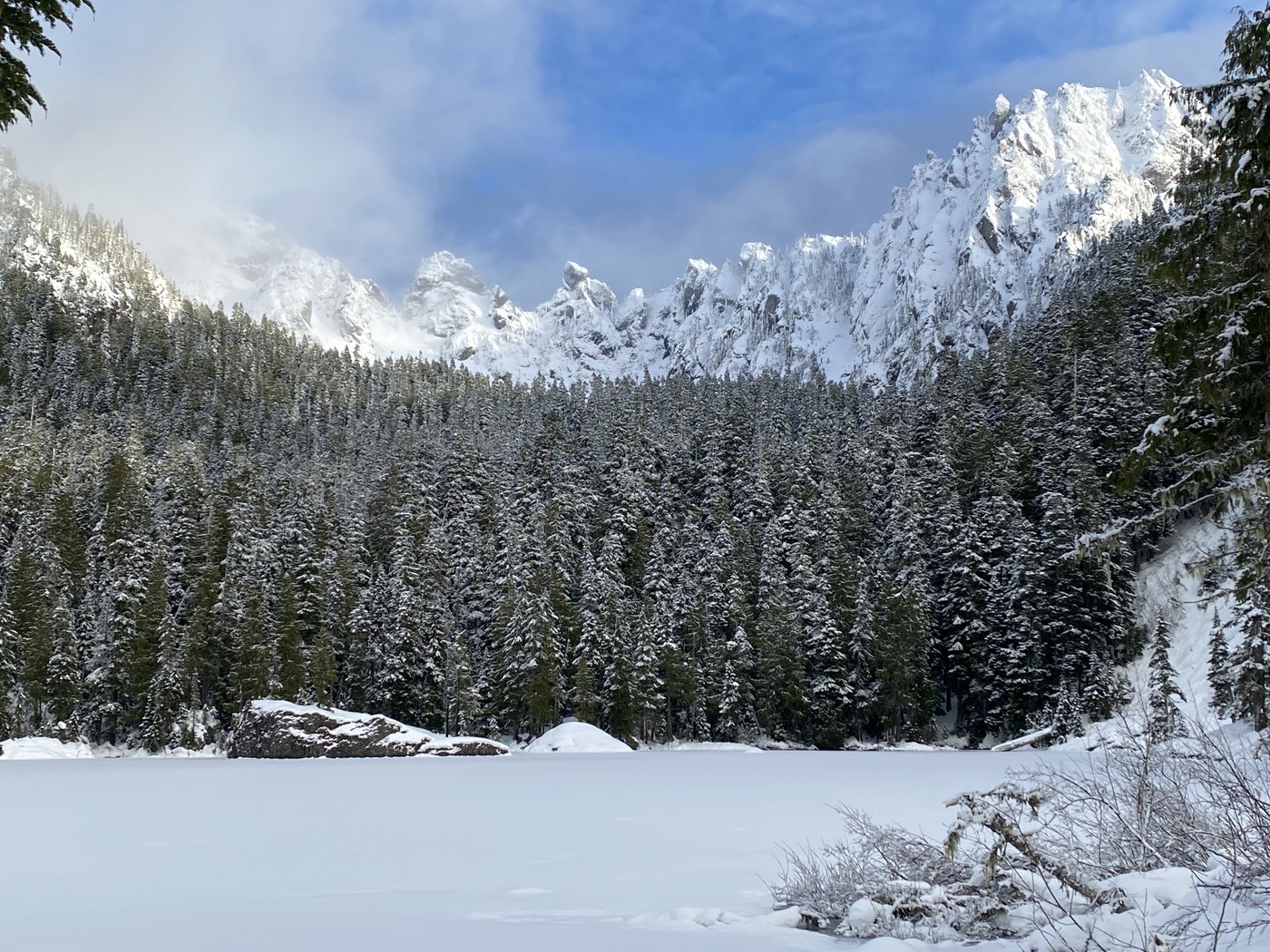 In the heart of social distancing ... and just plain loving to be out in the mountains, I escaped with my friend to an overnight at Flapjack Lakes on Thanksgiving. I can't think of any place better to give thanks to than the Olympic National Park.

The road to Staircase Ranger Station was open. The Forest Service part of the road (which is most of it) is riddled with potholes.

N. Fork Skok trail to the junction is in perfectly good condition, a fast hike as always. Flapjack Lakes trail had several trees to climb under, over or go around. Admittedly though, there were far fewer than I thought there might be. Intermittent snow started relatively far down in elevation. The real snow started at about the Black and White lakes junction. From there until Flapjack we were trudging through snow about knee deep. There were breaks for short stretches where running water on the trail is keeping the snow melted.

Once we got to Flapjack, it was simply breathtaking in its beauty. The lakes were frozen, peaks above the lakes had put on their white winter caps. Any thoughts of making it past the lakes to Gladys Divide, even if we had entertained them, would have been out of the question. That type of exploring will wait until next summer. We found that the stream connecting the two lakes was running so we beat a path through the snow to that for water. We flattened out spots for our tents on the snow, set up tarps just in case, and enjoyed a chilly night in the mountains.

I was super glad that the view was spectacular when we arrived. Not too long after that it started clouding over and not long after that it was dark. The next day while we packed up, it remained clouded over. Our tracks from the previous day made our descent much faster than the ascent as we left the lakes behind. I presume winter will take over from there.