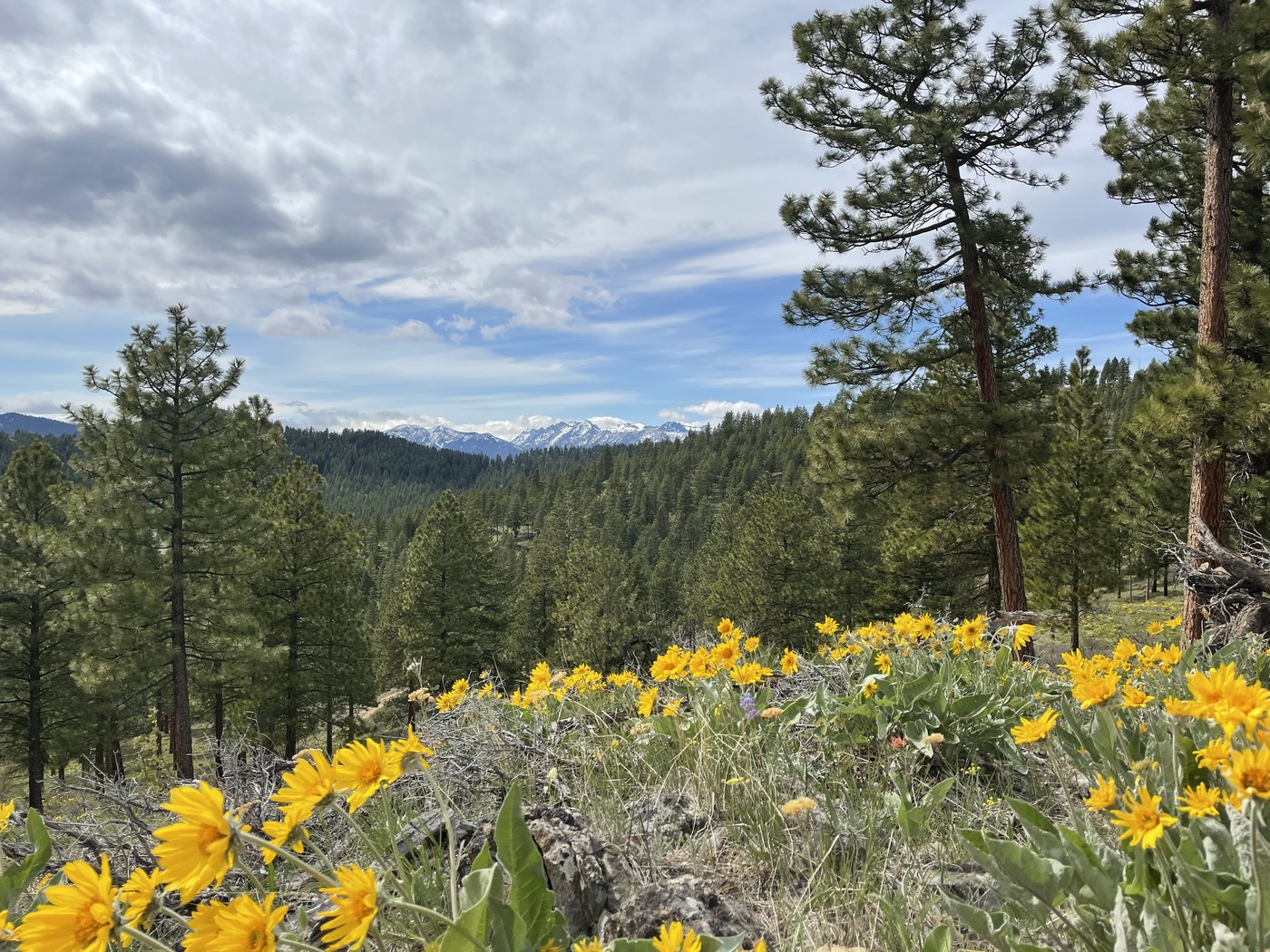 kidzwonthike gave me a peak to bag in the Wenatchee Back Court 100 since I was in the area. After going over to Horse Lake Reserve, I decided to hit up Horse Lake Mountain. Turns out, Horse Lake Mountain is actually 2 peaks, so I got double the fun when I went :).

The drive in to the Number 2 Canyon Trailhead is a bit gnarly after the pavement ends: there are some dips and such in the road that would make it hard for a car without high clearance to get up to the Number 2 Canyon Trailhead. Putting in Horse Lake Mountain in Google Maps will get you to the gate, but you need to park there and choose to either walk up the road or hike up the trail (the trail is better IMHO). I wasn't sure if I had enough time to do it, but I committed to the hike, given that it was early enough in the day, I would be wearing my water hydration pack instead of my larger packs, and I would be jogging/moving quickly downhill.

The trail ambled up through ponderosa forest with.. so many balsamroot in bloom! I swear there were more intact balsamroot on this trail than over by Horse Lake Reserve/Sage Hills. As an added bonus, there were a number of orange paintbrush in bloom (which the other trail didn't have) and some American Vetch.

I was happy to see some hikers coming down; it wasn't terribly clear if the trail was mountain biking only before then. I stepped off to the side and covered my face because I was trying to respect the new CDC COVID-19 guidelines:

I got vaccinated and couldn't social distance, so I had to improve with the face covering.

I just ambled up through the forest, along the ridge, then walked up the road to Horse Lake Mountain. I jogged/ran the trail over some sections, and took some [bike] trails to skip the switchbacks along the road.

Once I got up to the ridge from the east side, I walked across it, hitting both the east and west peaks. The west peak had a much better view: I could see the Enchantments, north Teanaway Peaks (Three Brothers, Navaho, etc), and some of the higher mountains around Stevens Pass (Howard, Mastiff, etc). I would have been able to see Dakobed and more of the Wenatchee Lake watershed, but unfortunately it was way too cloudy when I went up.

Going down I followed the trail off the south side, which appeared to be a bike trail under construction. The work folks are doing with BLM/USFS will greatly improve safety and prevent further erosion of the hill (the newly canted banks were really nice to run down).

After that I walked/jogged/ran down the road to the parking area, which was really fun :). Saw many bikers huffing and puffing uphill (good on them! The railroad grade was tough!) and was able to social distance, so I didn't have to improvise with a face covering. I saw a number of mountain bikers taking random trails off in the forest, so there are plenty of fun places to ride back in this area.

In short, it was a fun trip and better (in my opinion) than Horse Lake Reserve/Sage Hills in terms of peaceful areas and coexistence of mountain bikers vs hikers; I feel that the folks around this area had the ability to spread out more and less collisions were likely. Plus there were a lot of wildflowers and the Ponderosa Pines smelled really good :). 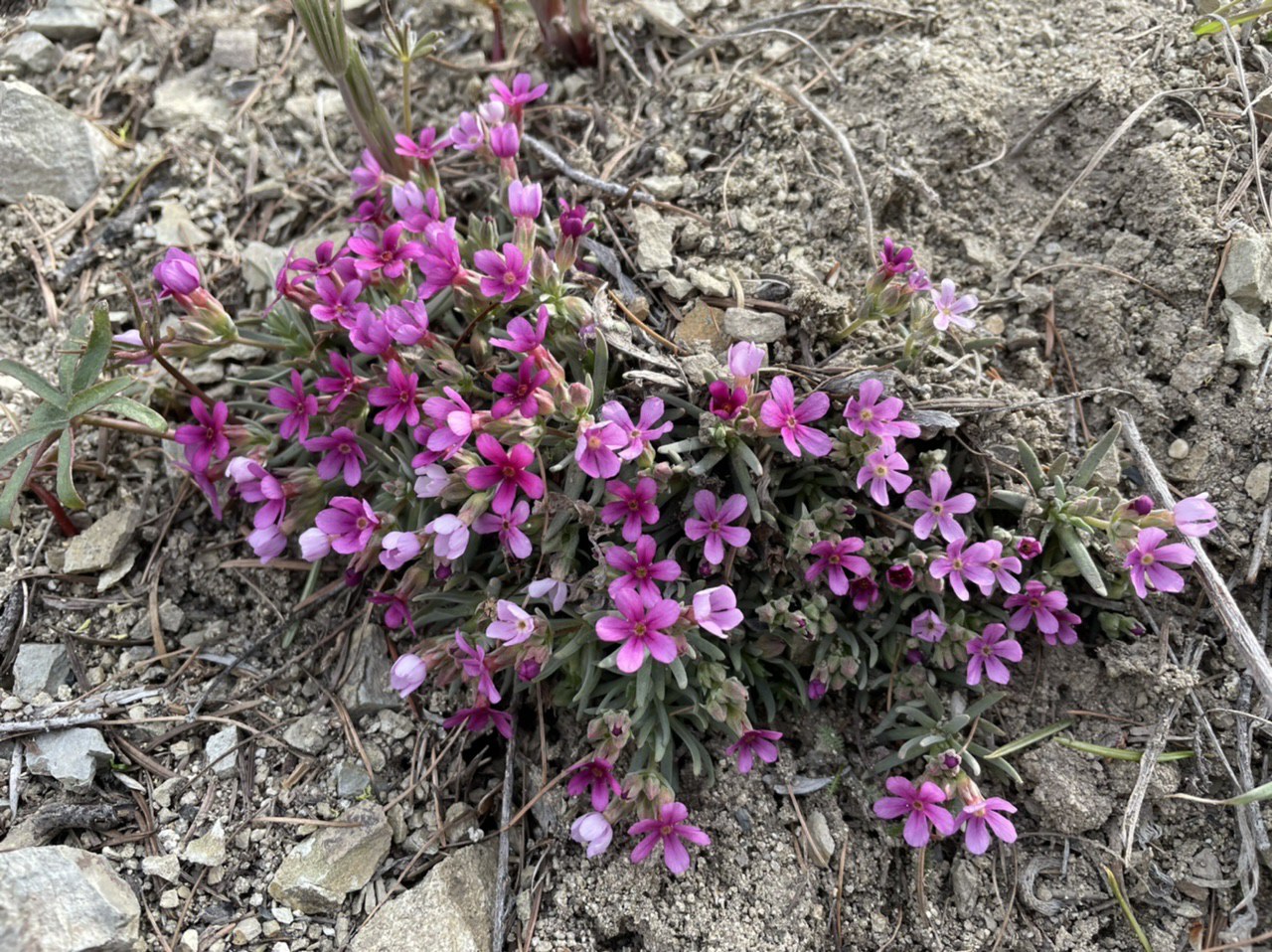 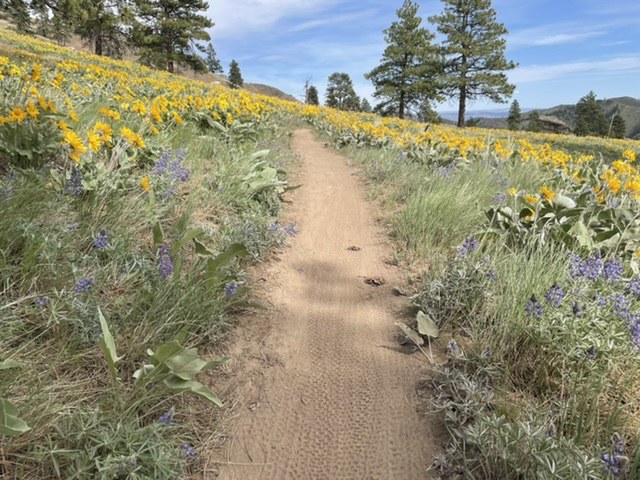 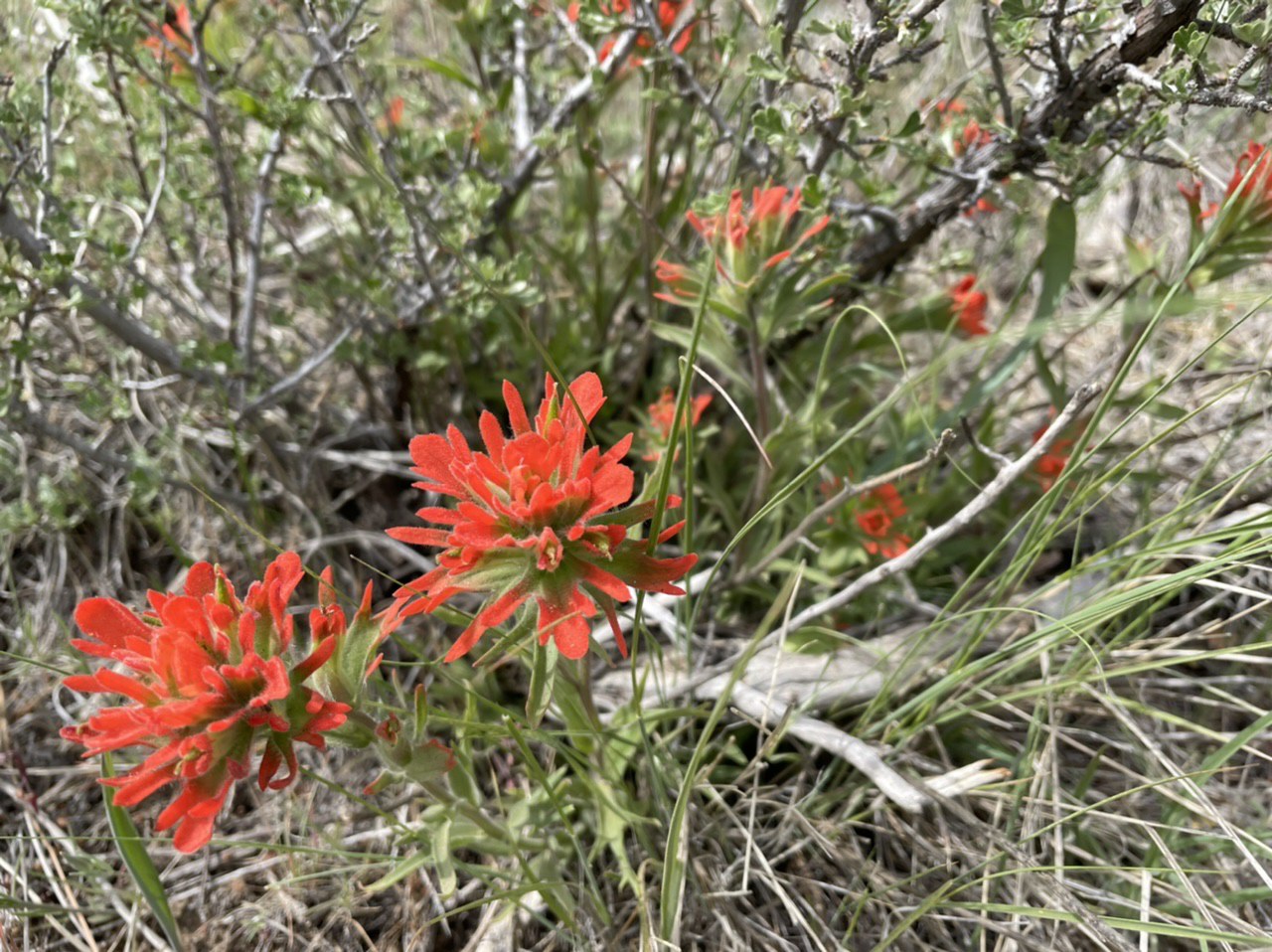