Print
First View of the Lookout at 5.3 miles 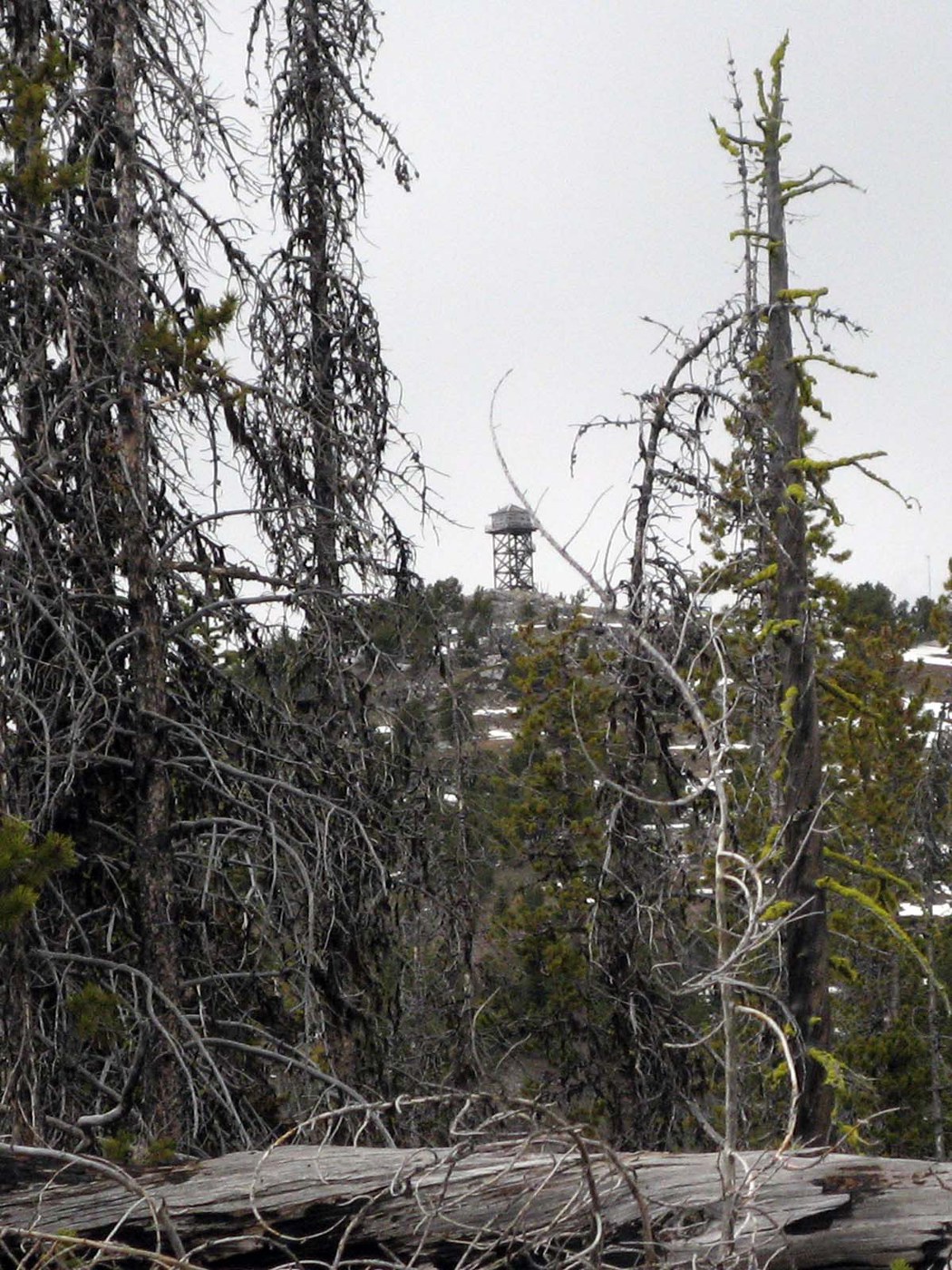 My planned hike to North Twentymile Lookout went mostly as planned, except for the last 0.7 mile...

The slightly overcast weather was great for the hike, which has minimal shade.

The flowers are starting to bloom (paintbrush, penstemon) and the deer are active - tracks and sightings.

A lot of clearing has been done in the last 2 years. I was amazed how much had already been done this year. The trail is basically cleared of logs for 5.4 miles (only 2 left). From 5.4 miles to 5.8 miles, about 15 logs are over the trail. Those are the ones I saw, others are under the snow.

Snow starts at 5.2 miles and is knee deep for about 0.2 mile. It becomes patchy once you start the final climb to the lookout and appears to stay that way all the way to the top.

As I was doing some minor clearing and working my way through the snow on the exposed ridge, the rain shower to the east intensified into a thundershower and another formed north of the peak. I really wanted to make to the lookout, but caution won out and I headed back down to get off the ridge.

FYI:  The boulders are still in the road to the trailhead, requiring a little careful driving. 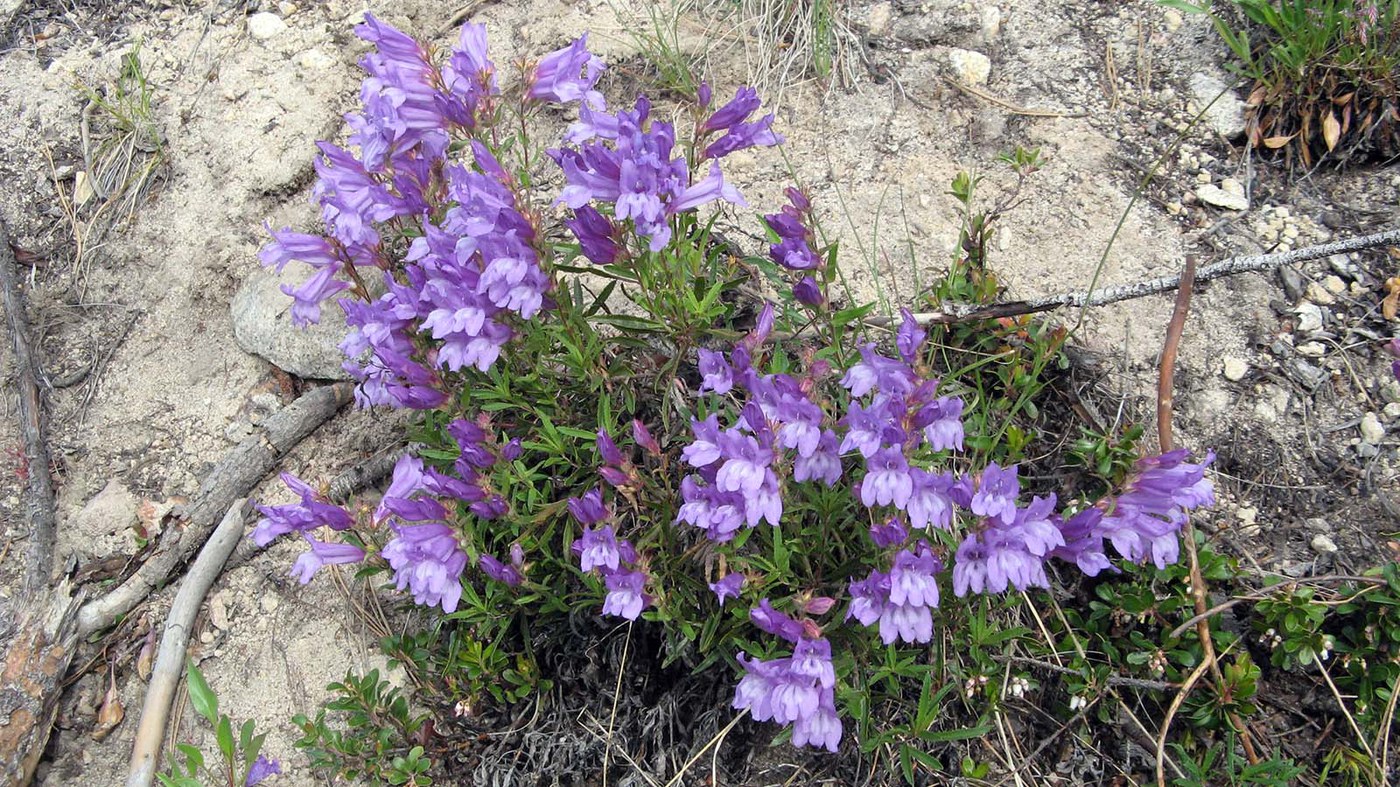 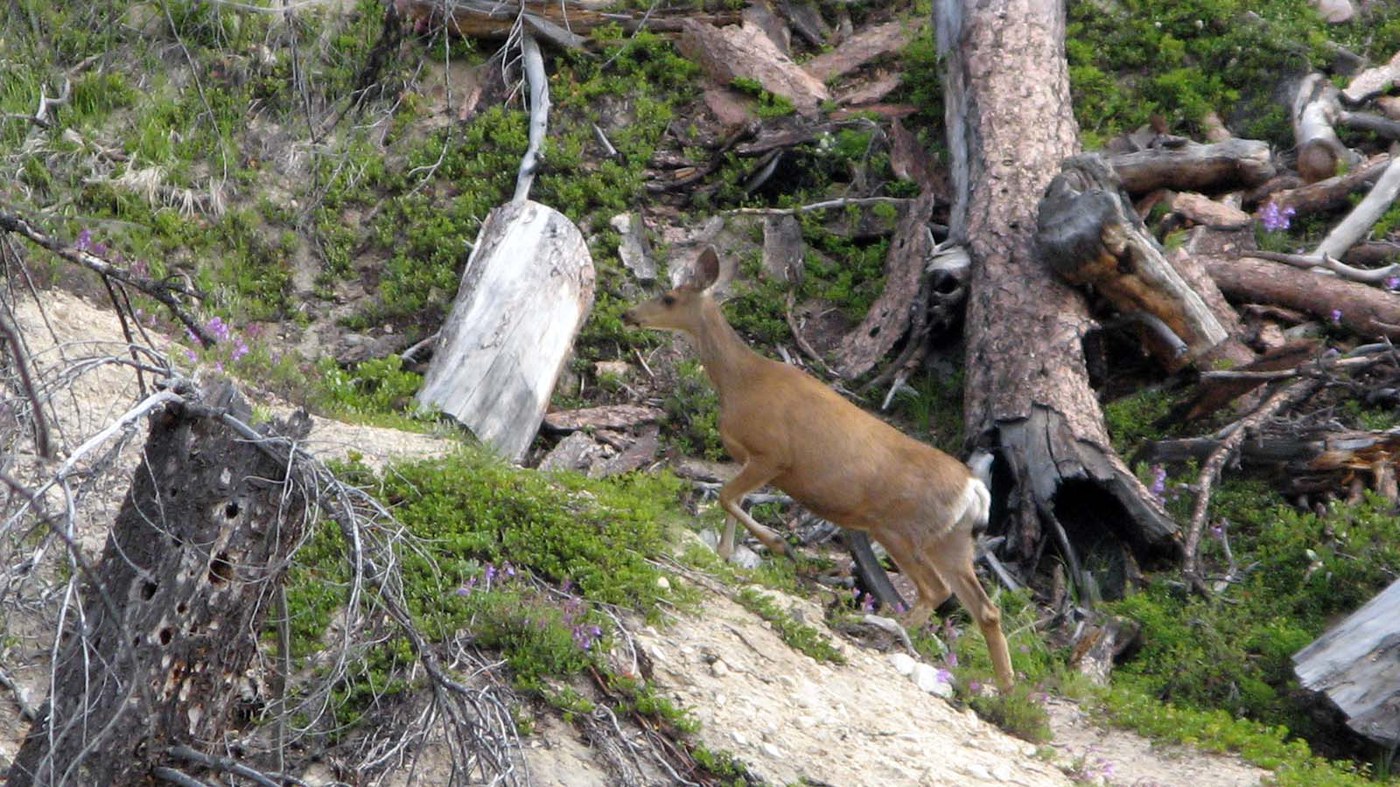 View to Southwest at 5 miles 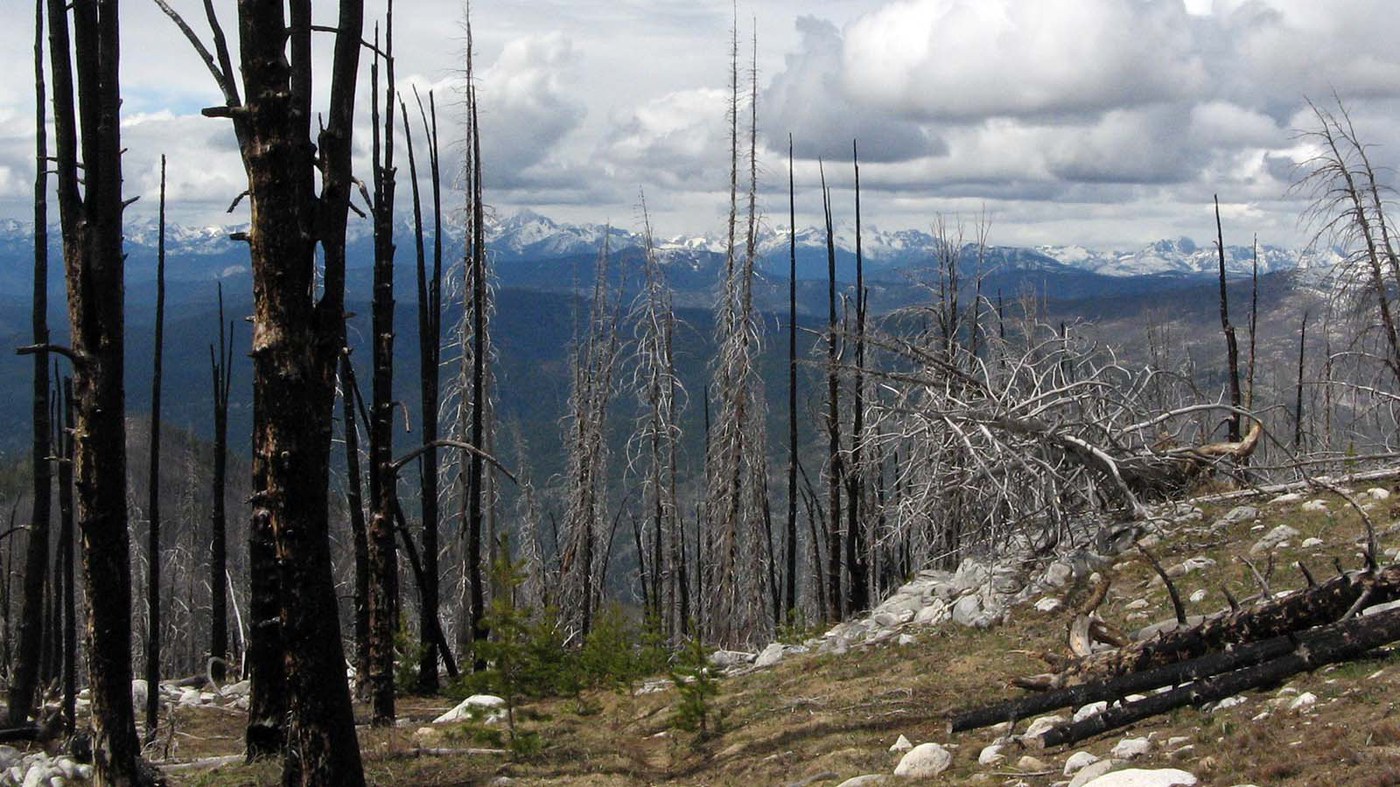