Print
View from trail to Owyhigh Lakes with Governors Ridge beyond 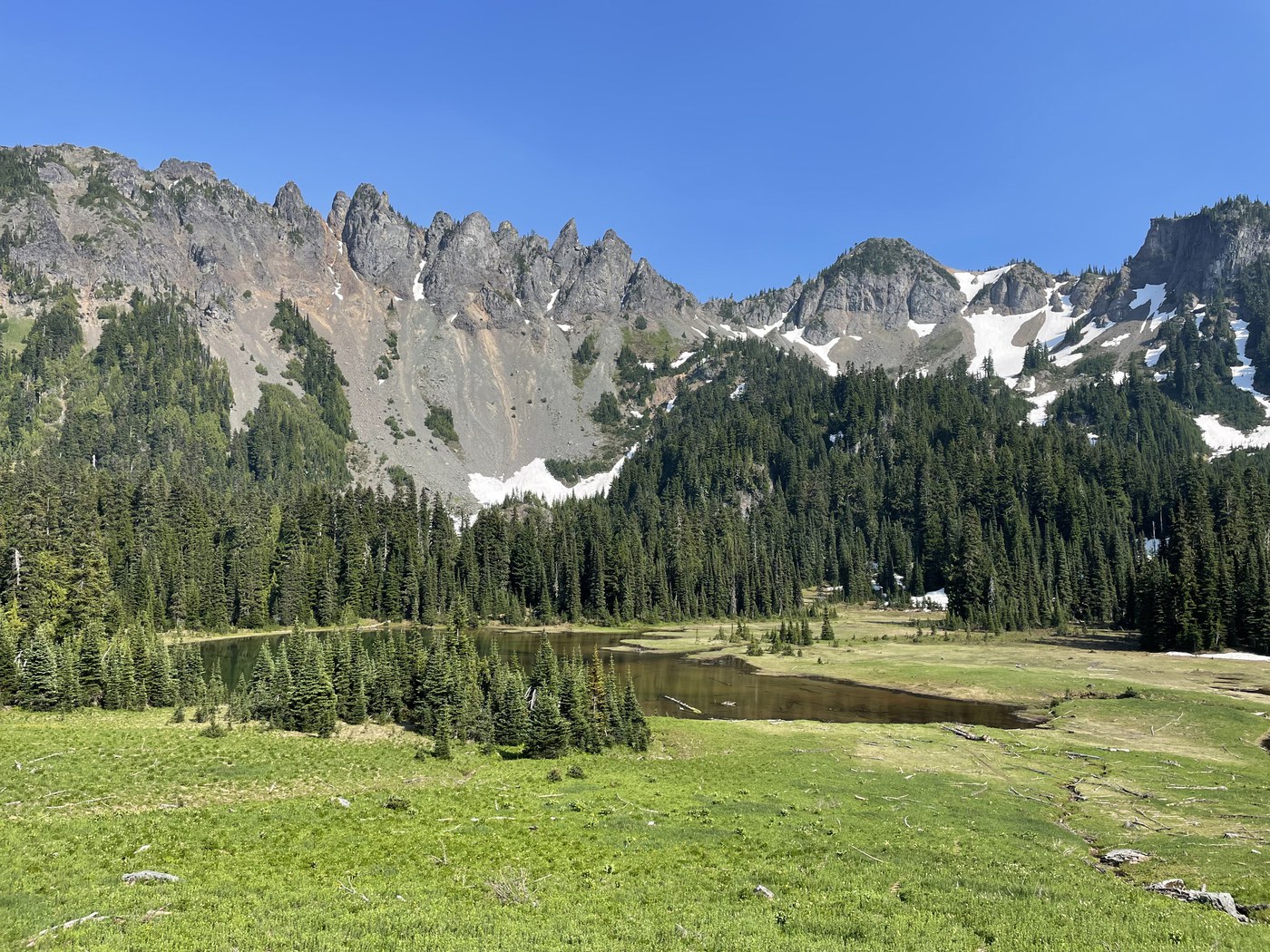 First the red tape. No Parking signs are stationed at each parking stall at the Owyhigh Lakes trailhead. The dates of the closure, July 6-7, are written on duct tape.

Ron and I arrived at the White River entrance to the park at 7:30 and learned the road to Sunrise had just opened. We parked at the Owyhigh Lakes trailhead and began our stroll uphill on a dry trail through the quiet forest, refreshed by the morning crispness and clear blue skies. I counted five locations where one or more fallen trees blocked the trail, all at step-over height. Our first, very tiny, snow patches were encountered at Tamanos Creek camp. After that, the trail was completely free of snow all the way to the beautiful lakes. The only snow to be seen at the lakes was tucked into the shadows of the forest ringing the meadows around the lakes. We saw a solitary elk cow feeding on meadow greenery. She ignored our presence as we had hoped. Near the lakes, wildflowers are starting to emerge: paintbrush, buttercup, pasque flower, phlox, and corn lily. At the water’s edge, frogs who looked several weeks old, hopped away at our approach.

Continuing off-trail past the lakes, we followed a creek drainage upward through a mix of stunted trees and narrow bands of meadow that most often occurred on one side of the creek or the other and required us to cross several times. Eventually the trees receded and we reached an expansive basin which sloped upward to the base of Barrier Peak and Governors Ridge. Larger snowfields blanketed the basin.

We stopped to put on microspikes, then proceeded up towards a well-defined saddle on the south side of Governors Ridge. When we arrived at the top, the vast meadow-strewn east side came into view, and it was snow-free just as recent low-res satellite photos had shown. Slowly making our way down a steep gully filled with loose dirt and rock, we completely missed a faint game trail heading off to the left that would have bypassed most of the difficult descent (we spotted it on our way back). The vertical wall of the east side of Governors Ridge ends abruptly and sections of talus or larger boulders form a band along the base before terminating in vast meadows. We did a northerly traverse along the base of the wall, then scrambled up though heather-filled meadow on the south-facing slope of the ridge’s summit, and finally, after a short rock scramble, arrived at the top to find ample room for two to sit comfortably while taking in the view.

We returned the way we came, logging 10 miles, 3000 feet of elevation, and taking nearly 11 hours. On the way home, the DQ Blizzards at Bonney Lake tasted good. 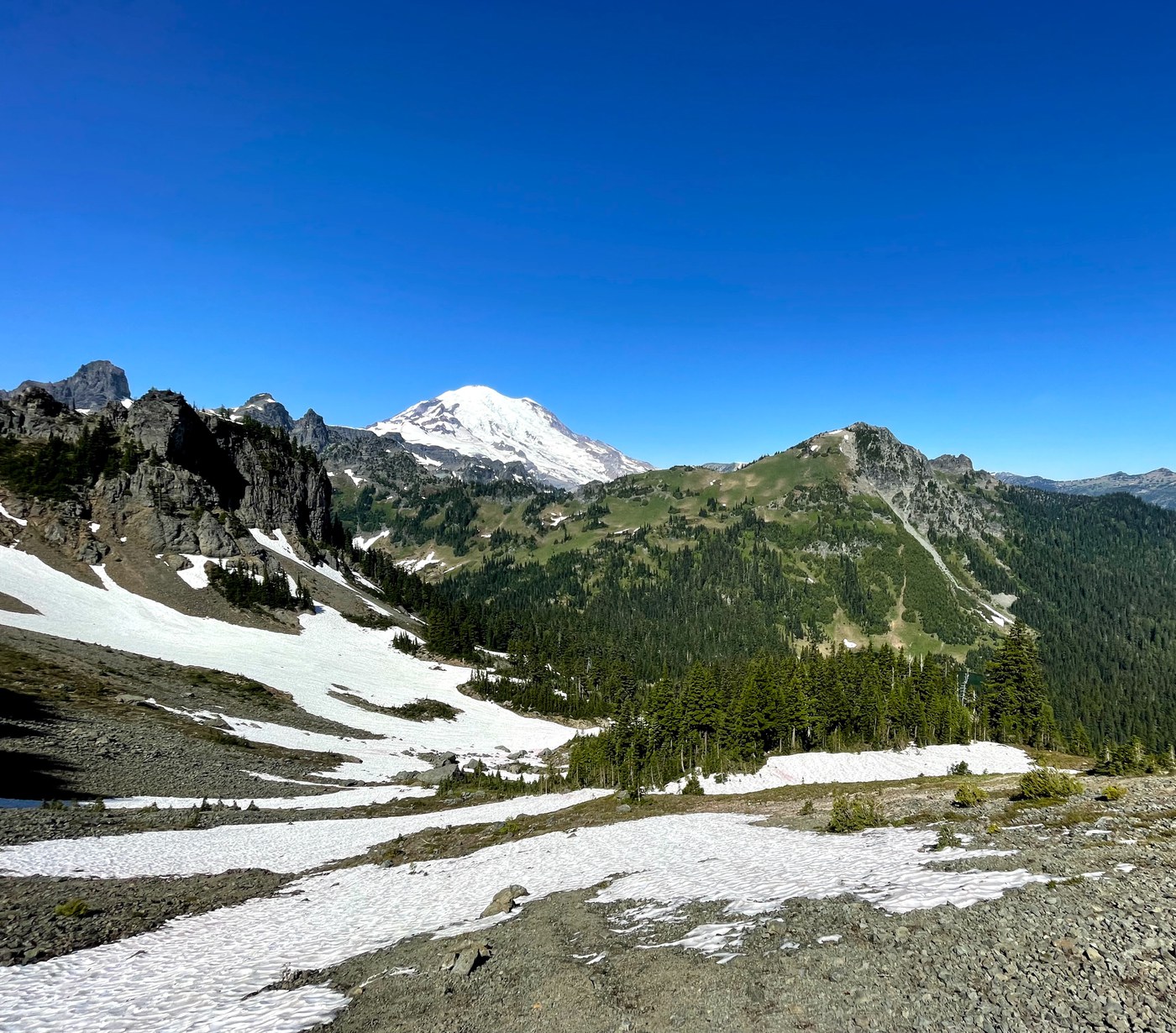 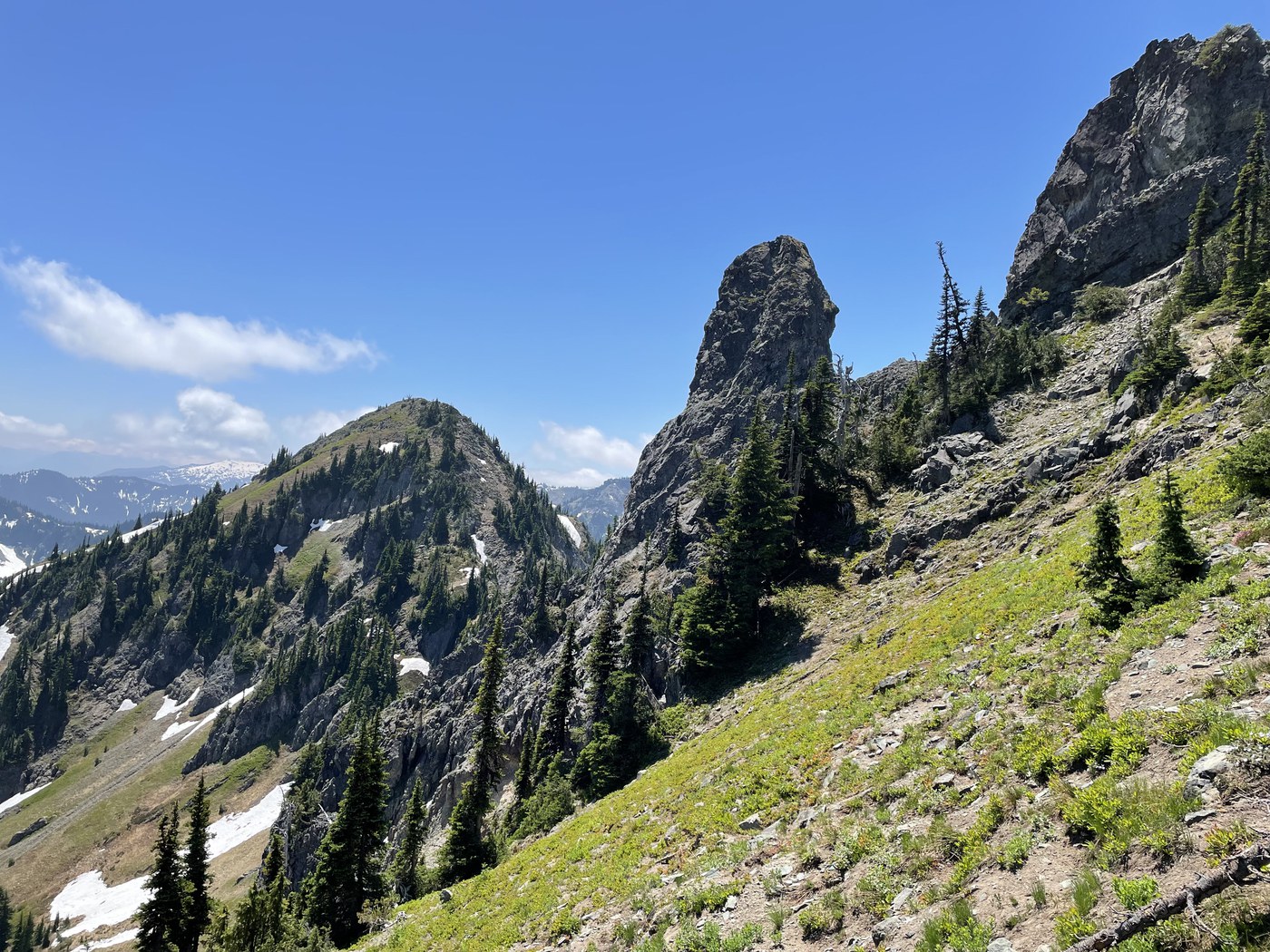 View from summit of Governors Ridge 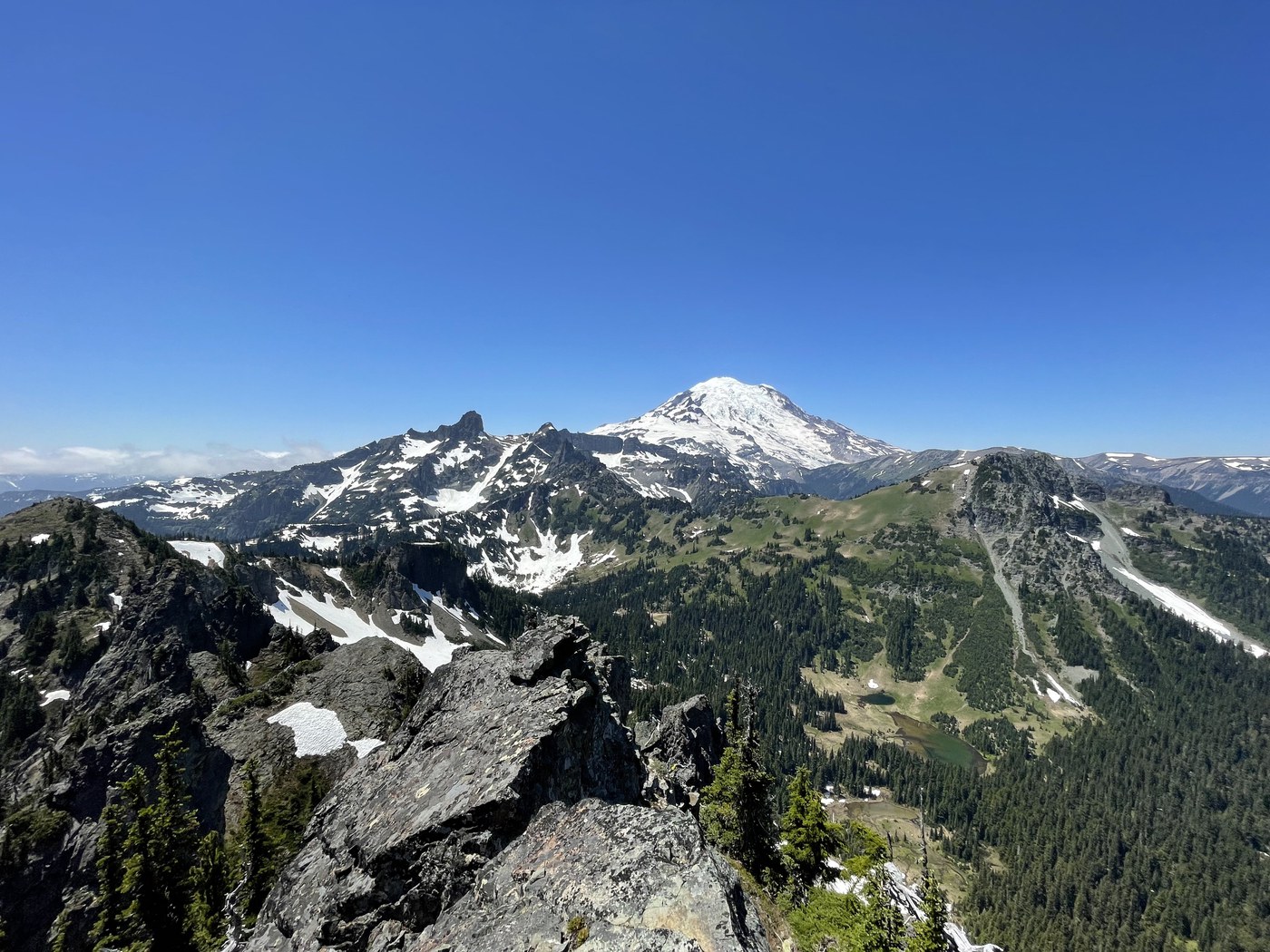 Quick question - were the campsites at Tamanos Creek thawed out, or were they under those very small patches of snow? Thanks for the report!

Campsites were all bare ground. We didn’t check on condition of bear poles or potty hole.

Thanks again! Toilet was open per the park website on 6/18, but they still noted the camp was 100% snow covered. Appreciate the intel!!