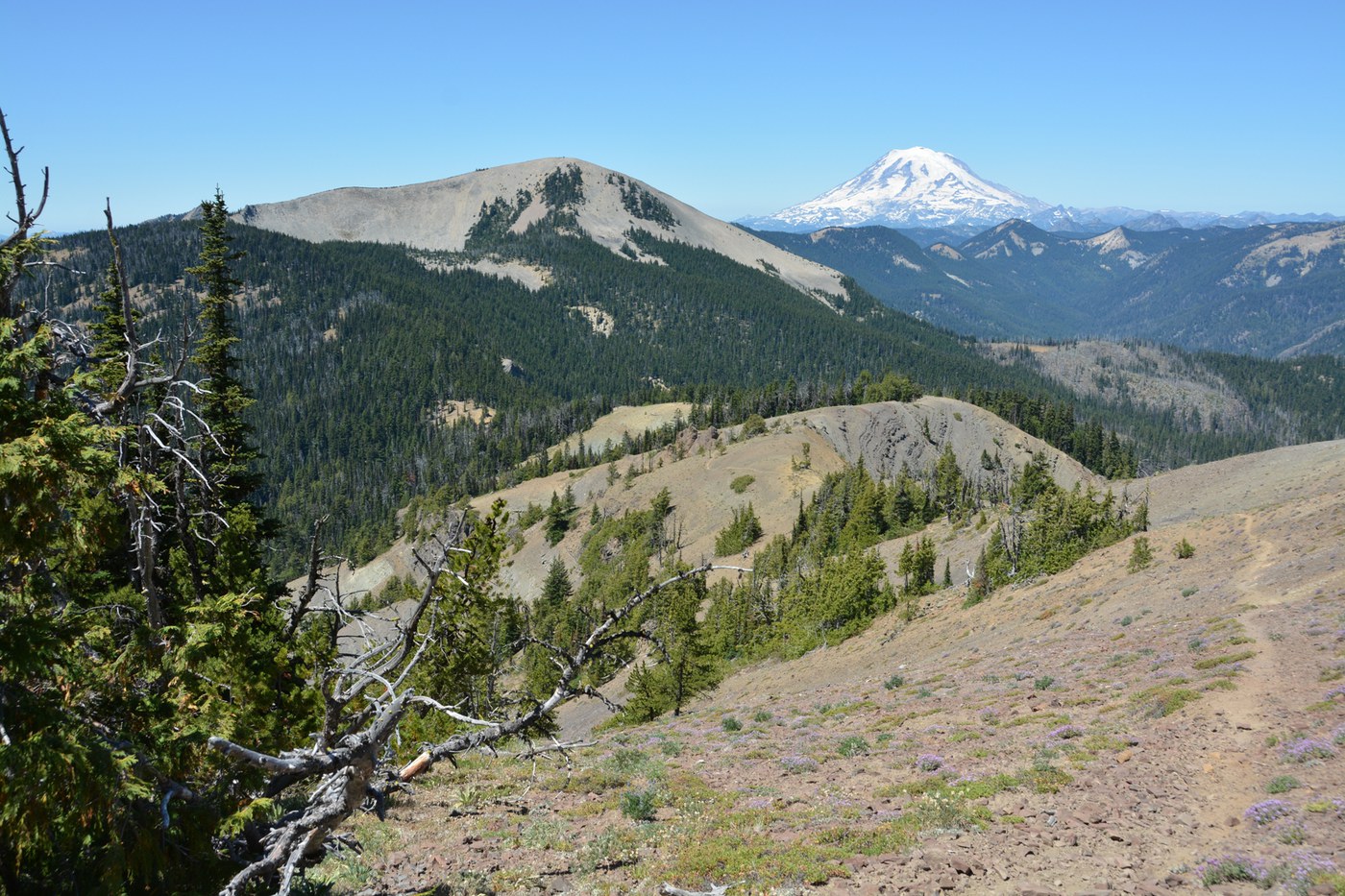 The parking lot is quite small, but it was empty. A permit is required, even for due use. The permit kiosk 400 feet along the trail was empty, so I reported this later to the Naches Ranger Station.

This trail is a roller coaster - lots of ups and downs, and not much on the level. Be sure to save enough water (and food if necessary) for the return hike.

The forecast was for temps in the high 70’s but it felt warmer. The heat was sapping the moisture out of me. I brought 2.5 liters of fluids and was rationing them before I got two miles along the trail. I saved enough for the return hike, which has significant elevation gains, but 3 liters would have been better.

The trail was in good condition. There was a blowdown tree at 0.5 mile, and another at 1.5 miles. I easily stepped over one, and walked around the other. There were two more further along that were even smaller. I probably could have dragged them off the trail, but I just walked around.

Black flies were a nuisance at the trailhead, and along the first half mile. After that, bugs were not a problem.

500 feet beyond the junction with the Shellrock Peak Trail, I found two cairns, and set out from both looking for a game trail leading to the ridge. I found none, and ultimately just bushwhacked about 500 feet, coming to a clearing where the ridge was obvious. On the way back, I scouted for a better route while still on the ridge, looking down. I intercepted the trail between the two cairns, but I never did find a definitive path or game trail.

The rocks along the ridge were quite interesting. First was just randomly piled rocks, then some that were darker than the surrounding rocks, forming a vertical fin. And after that were numerous columnar rocks reminiscent of a castle embattlement. And lastly, the summit was covered in fractured rock slabs, tilting at various angles. Fascinating. I’m glad I went after all the snow was melted, so I could enjoy the geology.

The summit has a lot of room for wandering around, looking at the views from all sides, or even rotating around for a panoramic video. Mount Adams, the Goat Rocks, and Mount Rainier were all clearly visible.

I completed the hike without seeing another person. But there were signs of elk along the trail, and I saw a buck elk hide behind some tree branches to watch me. As I neared the parking lot on the return, three turkey vultures circled me curiously. When I pulled out my camera and aimed it at them, they left.

Rockpile and ridge leading to the summit. Photo by Ken Giesbers. 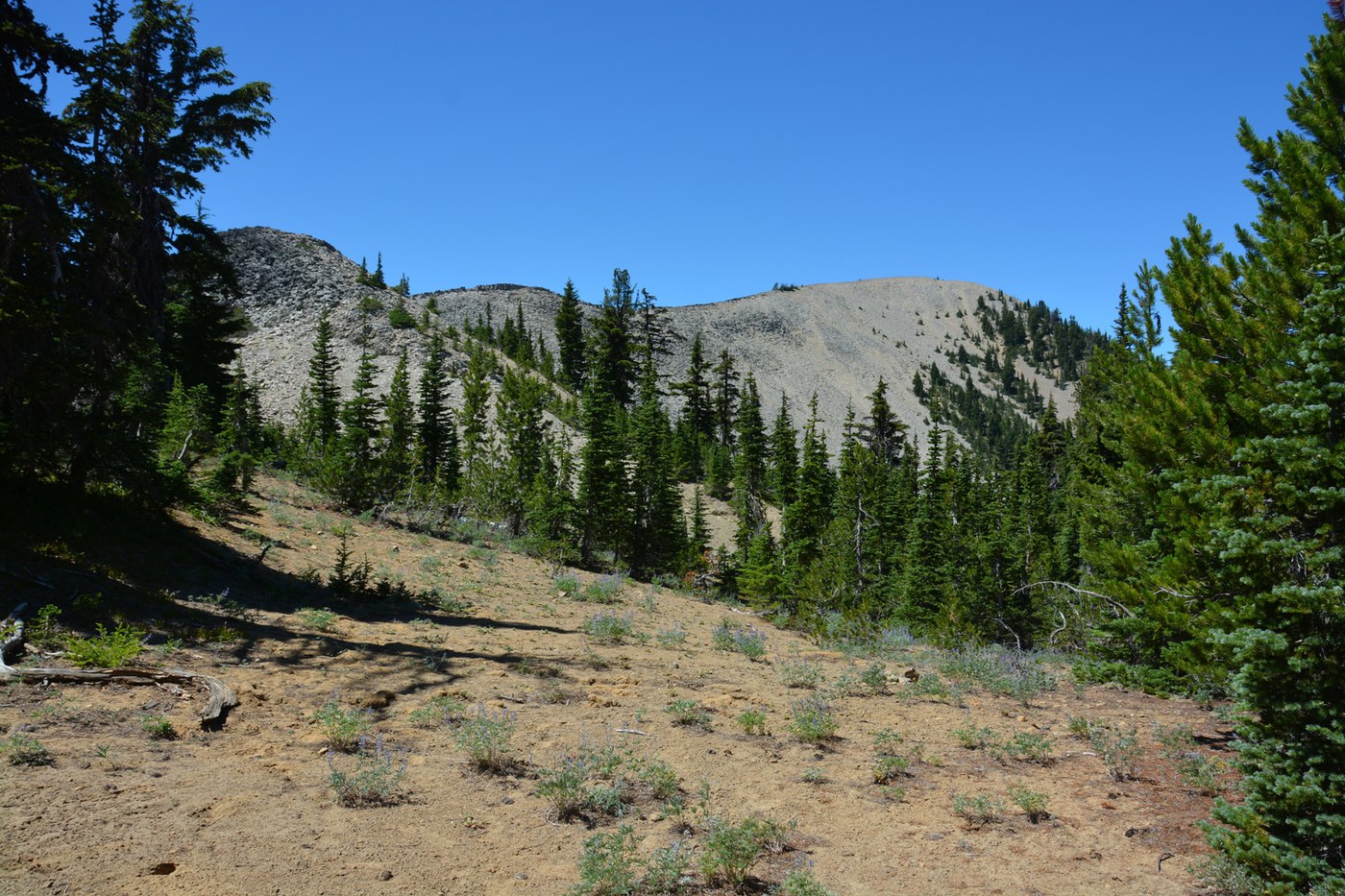 Columnar rocks along the ridge. Photo by Ken Giesbers. 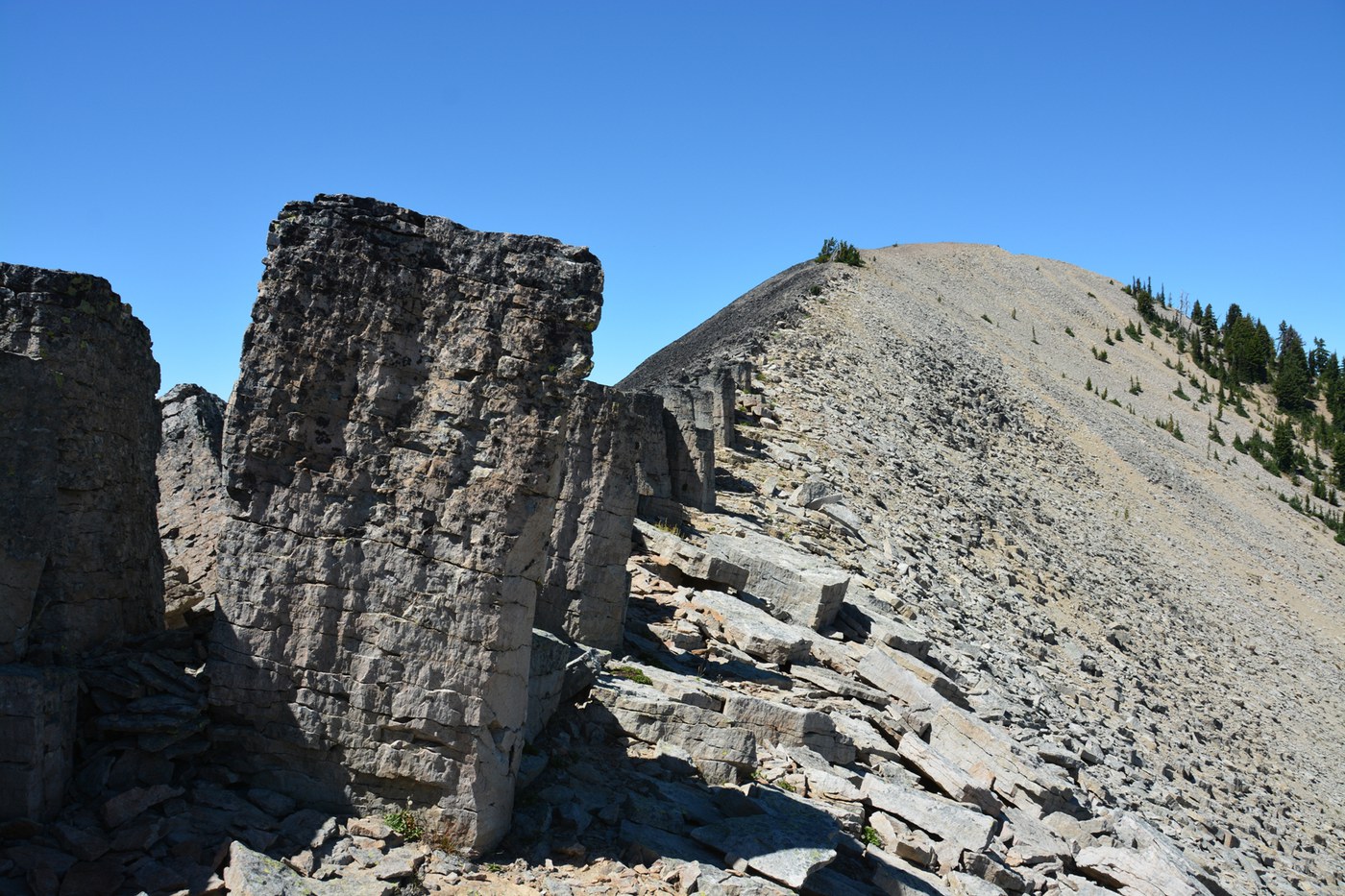 Fractured rock slabs on the summit. Photo by Ken Giesbers. 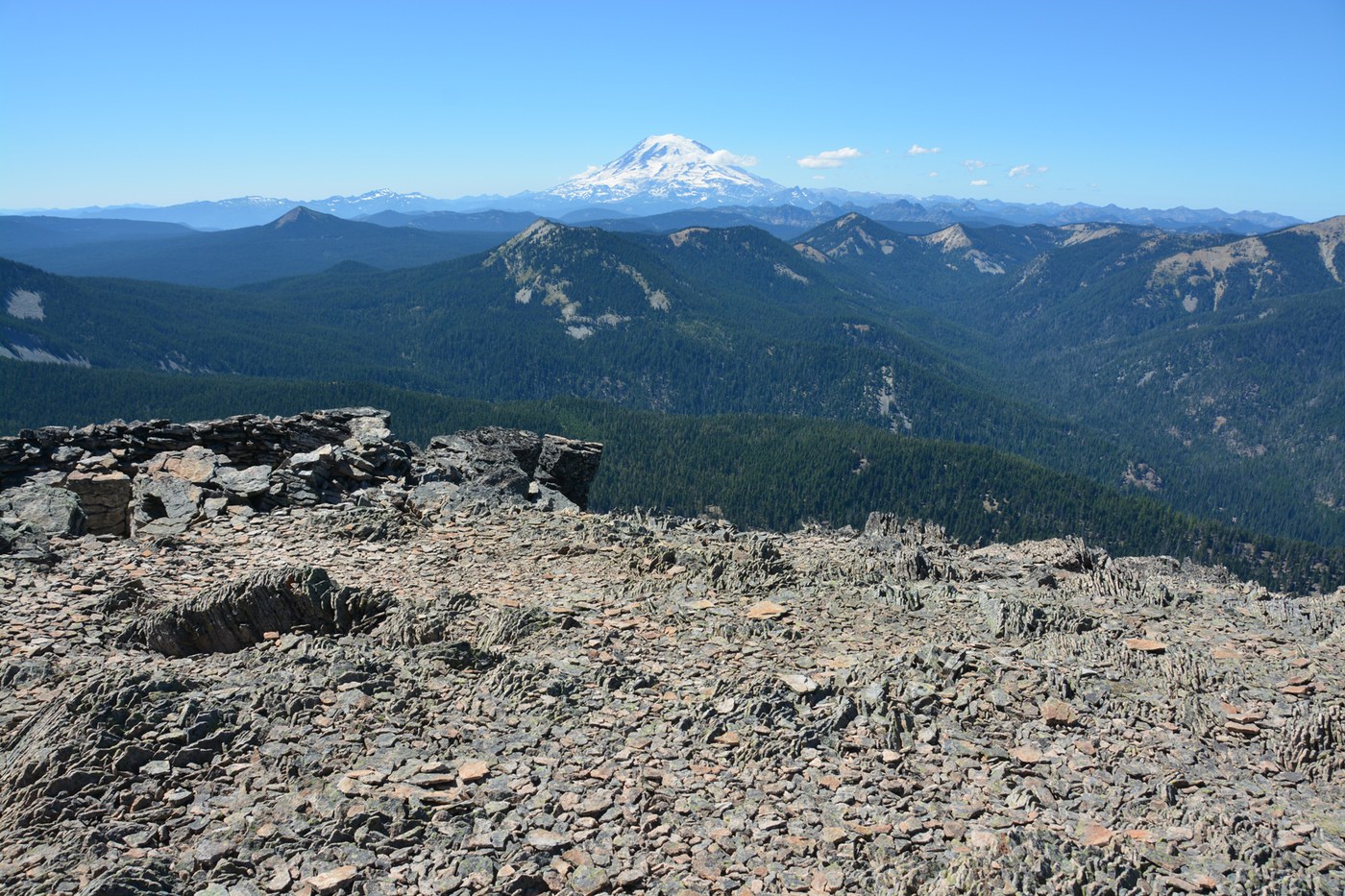 So glad you got to go! Every day I check the progress of the Schneider Springs fire up Strawberry Meadows hoping it will not burn the beautiful forest on the eastern slopes of Shellrock. Hopefully the rain next weekend will stop it before it reaches too much further. Shellrock is a find and one of my new favs!