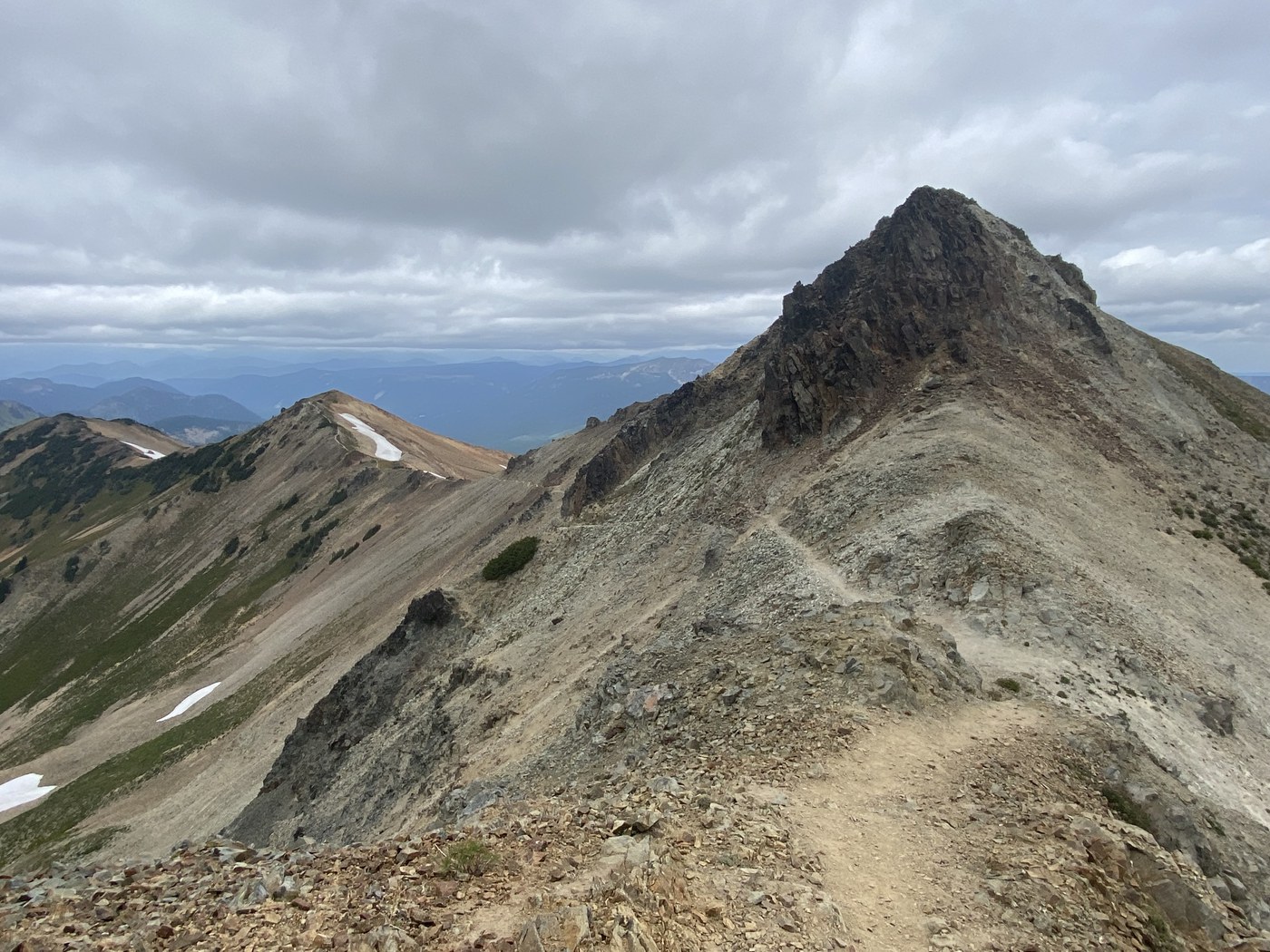 We recently completed a three day 27 mile backpack that took us through the highlights of the Goat Rocks wilderness. It was a great trip and the really good news was that the wildfire smoke and haze was not an issue since the prevailing winds worked in our favor. The weather was not perfect for all three days but still not bad.

All of the trails along the whole route were in very good condition.  There were no blowdowns and other than the high knife edge portion on the Pacific Crest Trail (PCT) the tread was good and the hiking was not particularly difficult...the trails are very well engineered in the Goat Rocks wilderness.  Extra care should always be used when hiking along the crest on the knife edge as it is very exposed with very steep drop-offs on both sides of the trail.  There were only two short places leading up to the high point on the PCT with snow crossings which were not difficult to cross.  This is not always the case but with the recent hot weather all sections were pretty well melted out.

Also, there were no bugs anywhere on the route for the whole trip which added to the enjoyment.

We entered the Goat Rocks wilderness using the Snowgrass trail and followed it to the Bypass trail and then over to the PCT and then on to Cispus Basin where we camped the first night. After setting up camp we hiked up to Cispus Pass to enjoy the views.  Perfect weather for the whole day with an amazing camp in the basin.

The second day we broke camp and hiked north on the PCT for three miles and set up camp for night number #2 just to the north of Snowgrass Flat. We then day hiked another three miles further north on the PCT over the knife edge of the Goat Rocks and then back to camp.  Although we had considerable cloud cover throughout the afternoon it did not spoil the spectacular views from this very high vantage point.  Back at camp about dinner time it began to lightly rain which pinned us down to our tents earlier than we preferred…it was a long night of about 11 hours of tent time.

The following morning for the third and final day the rain had stopped and we woke to fog with intermittent breaks of sunshine.  After packing up, we cut over to the Lily Basin trail using the upper part of the Snowgrass trail and then up to Goat Lake which was cold, windy and totally fogged in. Fortunately, we had seen great views of Goat Lake the day before from up high on the PCT.  After Goat Lake, we descended down the Goat Ridge trail to the trailhead where the trip originated finally breaking back into the sunshine.  This was the one day of the three where we could have used a little better weather so we could experience Goat Lake to the fullest. 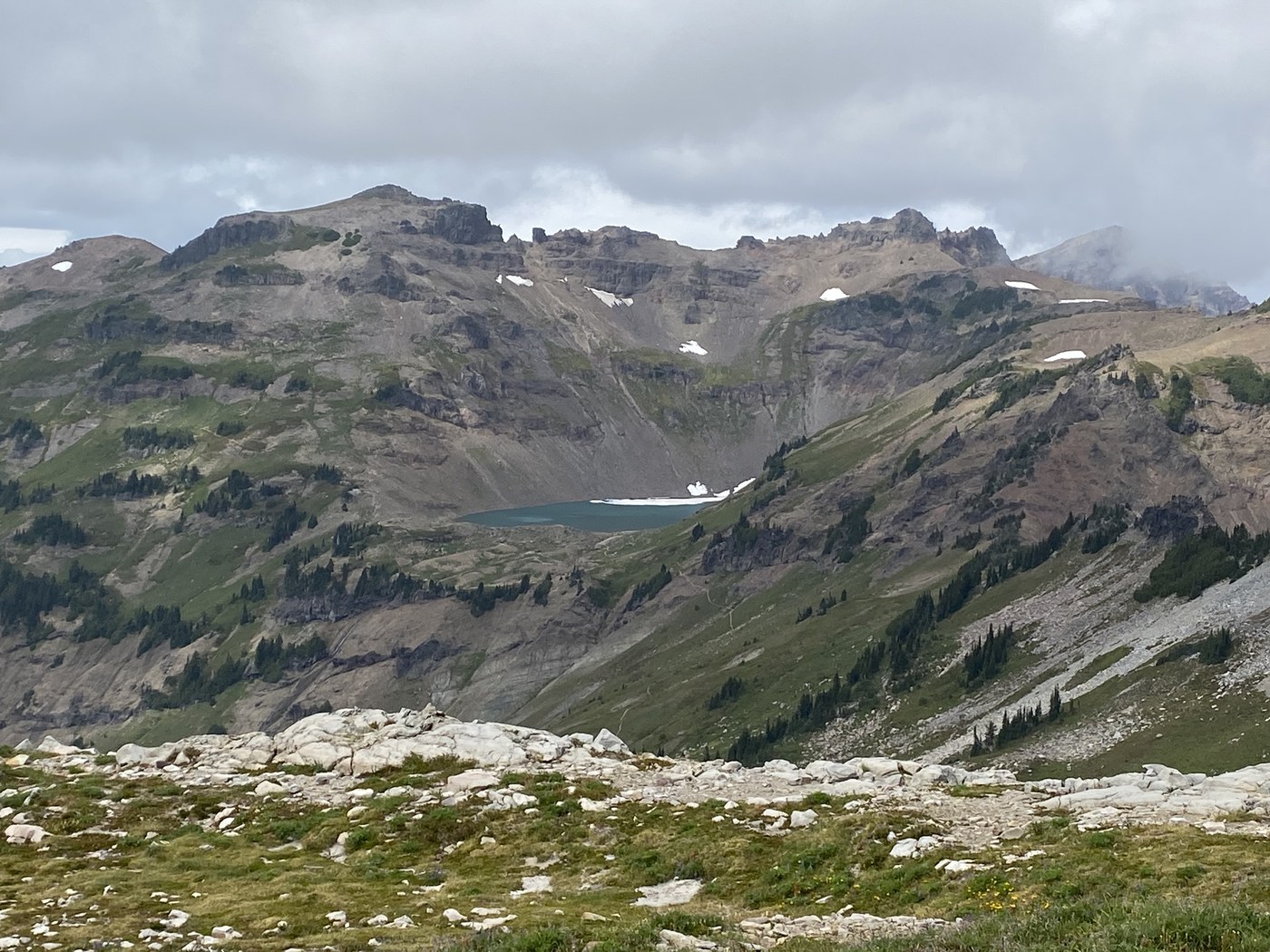 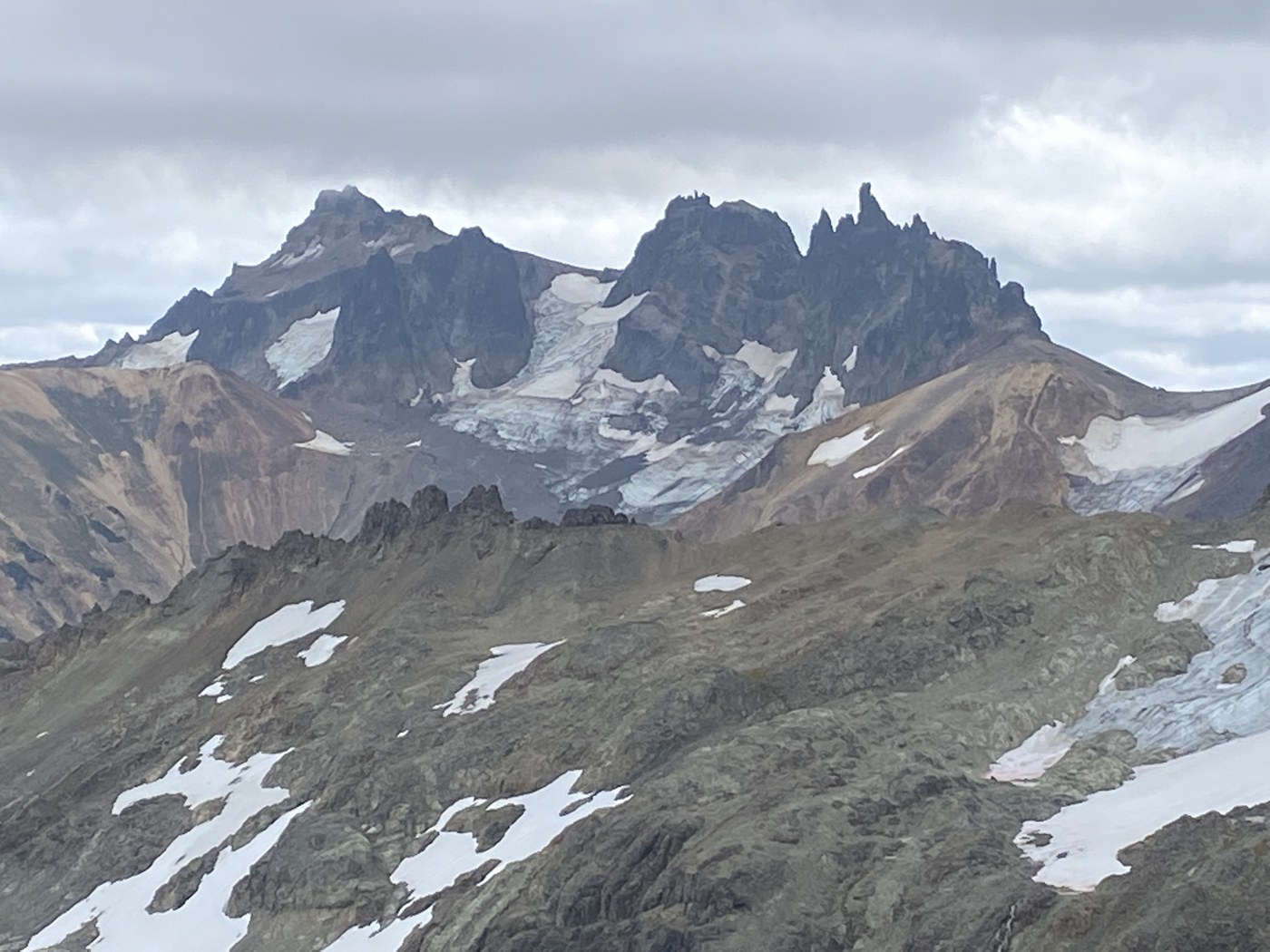 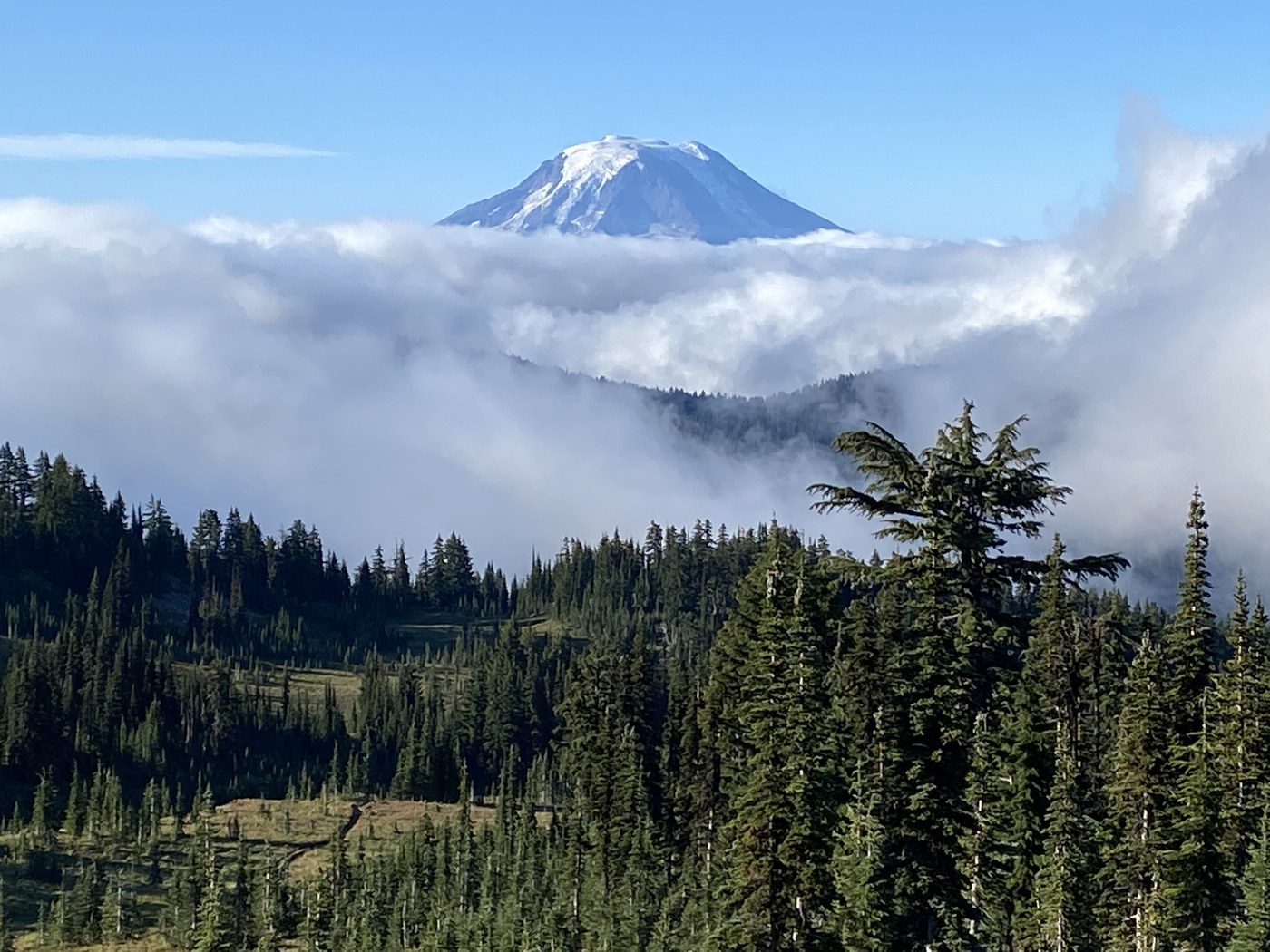