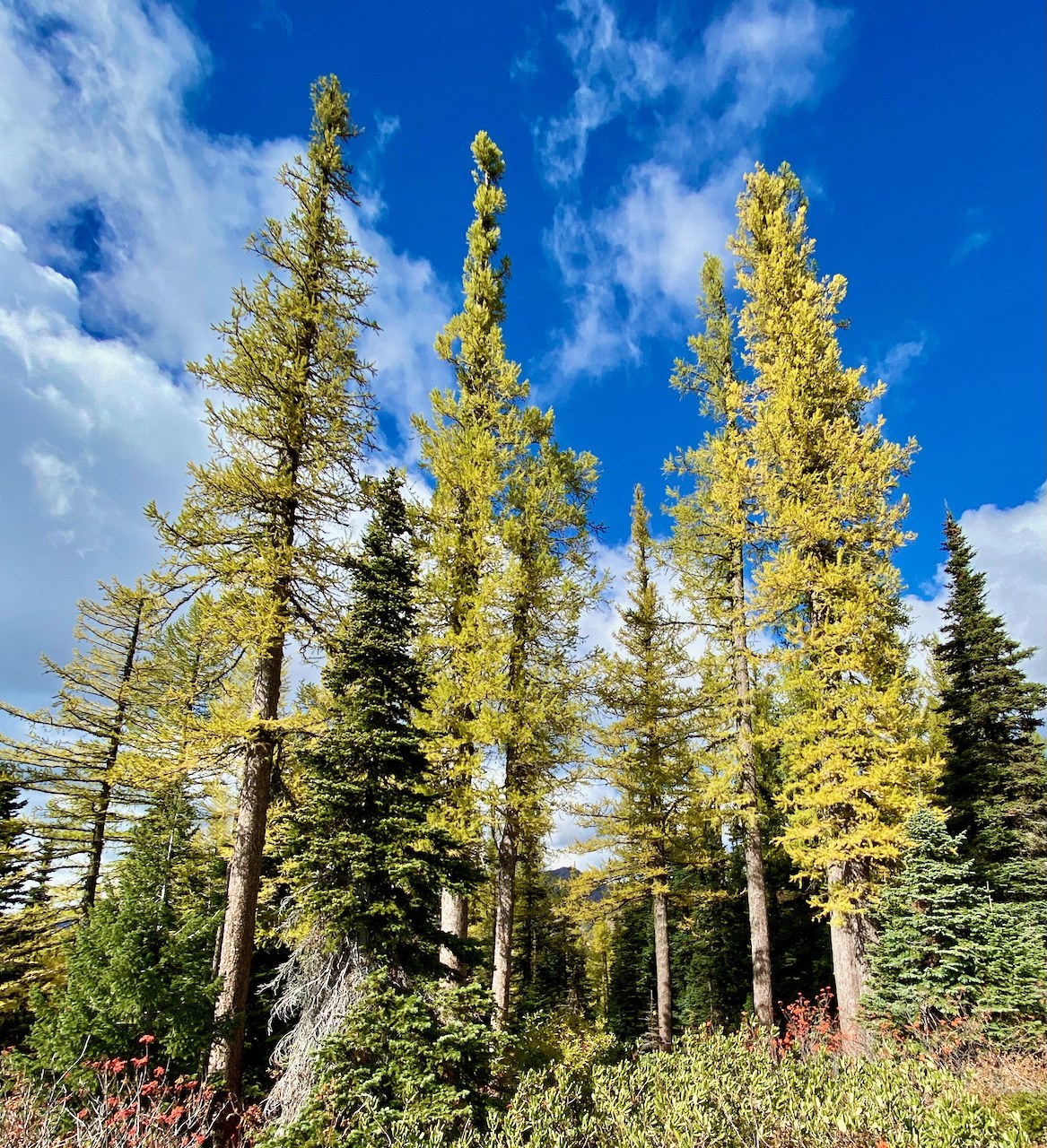 Seven of us hiked Iron Bear Trail to Teanaway Ridge Trail and Jester Mountain. The weather was mostly sunny and the temperature was comfortable in the 40s. Forest service road 9714 was easy to drive, except for several potholes. Small stream crossing to get to the trailhead was easily manageable in my Forester. A friend of mine drove her Prius and parked before the stream crossing. A wise decision.

We left trailhead around 10:20 am and back around 3:45 pm. We took several short breaks on the way to drink water, take photos, and adjust clothing. The trail was mostly in good condition except some steep sections badly eroded by motorbikes. We had lunch at the top. Many peeks of fall colors. Most larches were still green but some were turning yellow. We enjoyed the mountain views, but the top of Mount Stuart was in clouds and only the top of Mount Rainier was visible.

We saw only four other hikers. 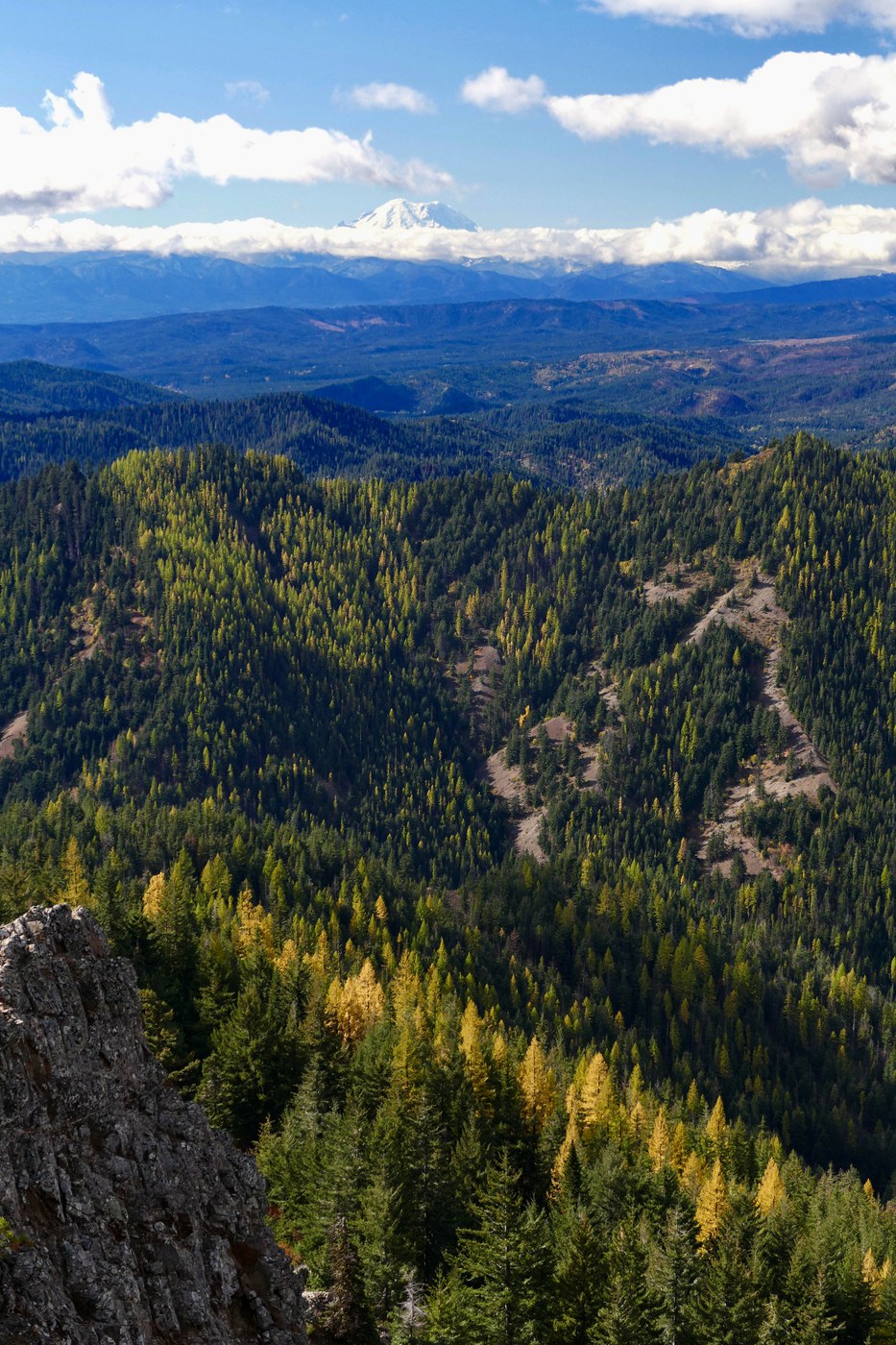 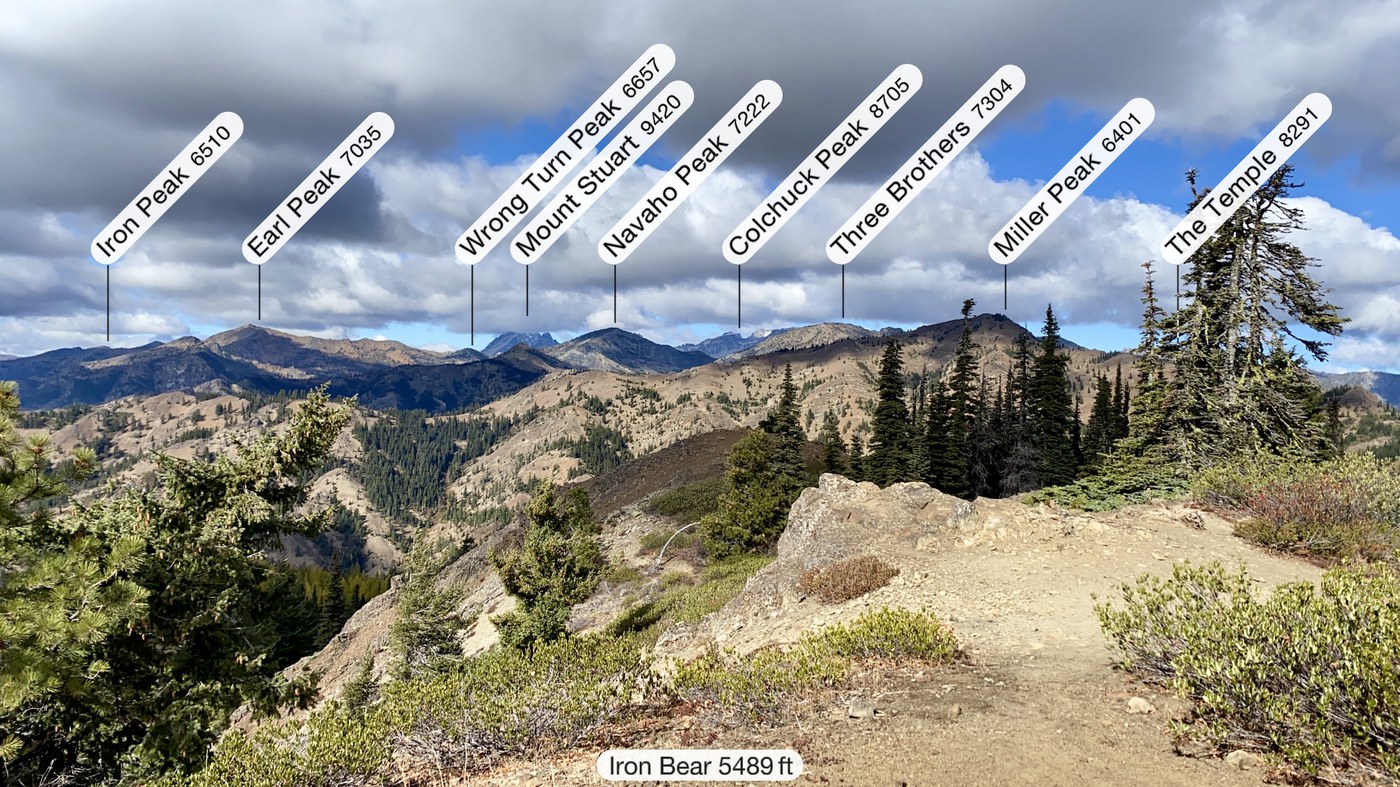 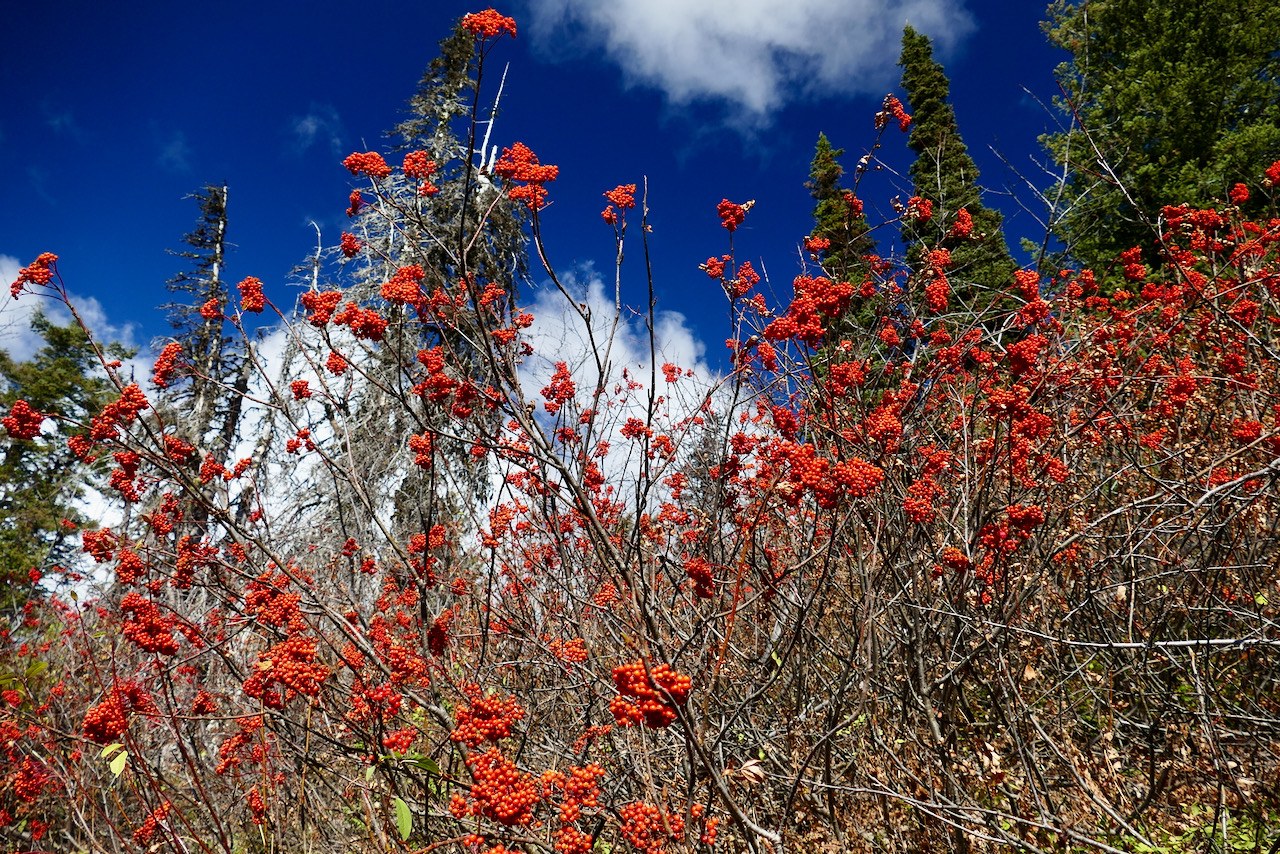