Looking back down at the boat launch where we camped. 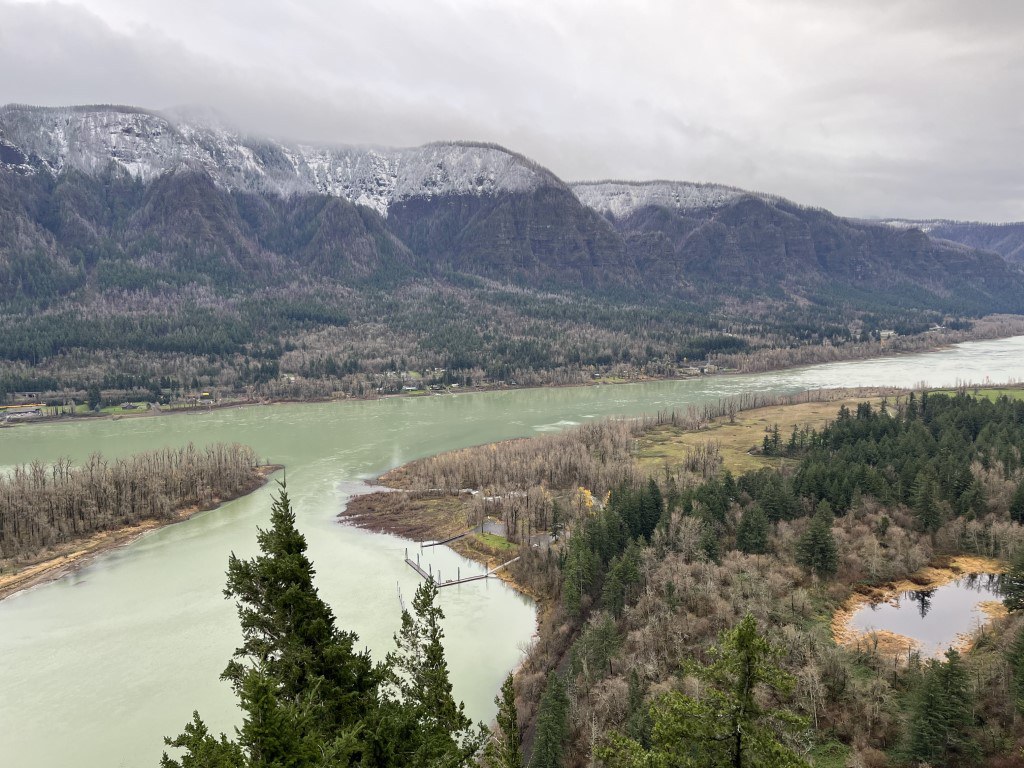 For our weekend on the Gorge we car camped at the Beacon Rock State Park, there are two nice spots at the boat launch that offer a real bathroom.  This was the first time I stayed long enough to enjoy to walk around the launch area which had nice views of the river and surrounding mountains topped with new snow!

After our lazy morning sipping jet boil coffee, we drove over to the trailhead for Beacon Rock.  We debated hiking from the boat launch but the weather was so sloppy we knew it would be a shoe drencher to take that trail so we wimped out.

We had the climb and summit to ourselves, guessing the snow level to be about 1000 feet on the other side of the Gorge.  We also thought about how the rock once only protruded 150 feet from the water level. This was my third (fourth?) time on Beacon Rock and I noticed even more some of the older architectural structures along the trail's route.  We thought about how people used to climb this with no rails and wondered if they even had a rope along the rock to guide them. This was also the first time we noticed there was a boot path off the opposite side from the paved summit and wondered what kind of person would head down that way!

Reading more of the kiosk information, it was interesting to learn that Clark originally called it "Beaten Rock" before it grew into its current, more purposeful "Beacon Rock" name. Original tribes called it Che-Che-op-tin which means "the navel of the world" and it even held the name of Castle Rock by later colonizers. 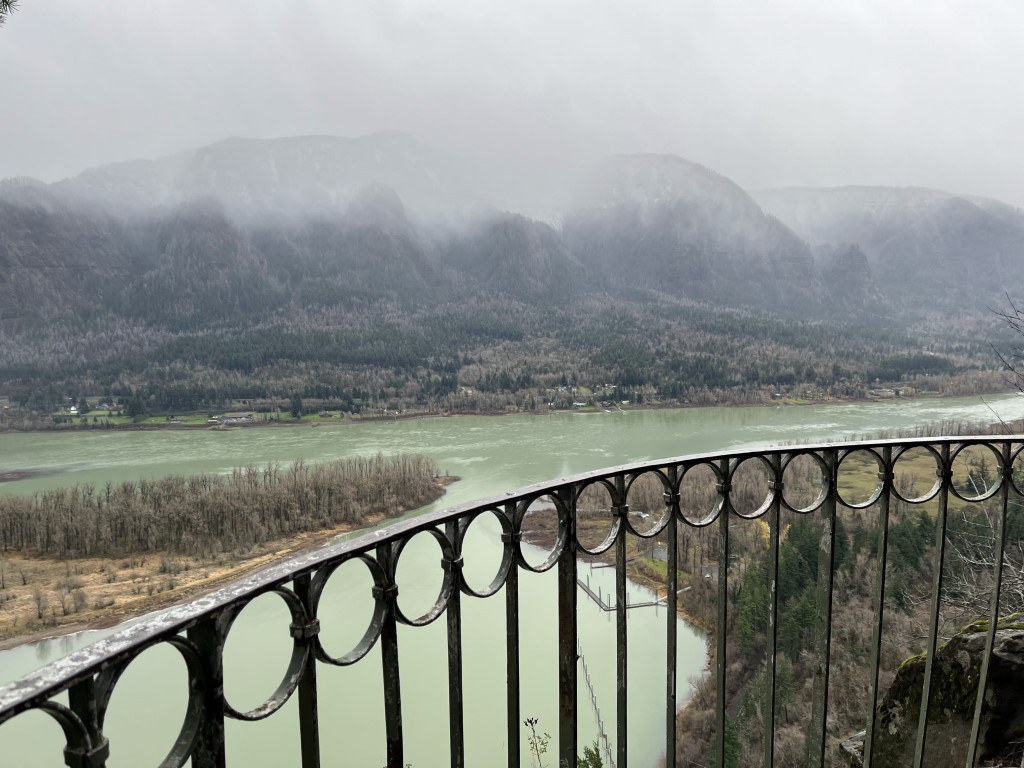 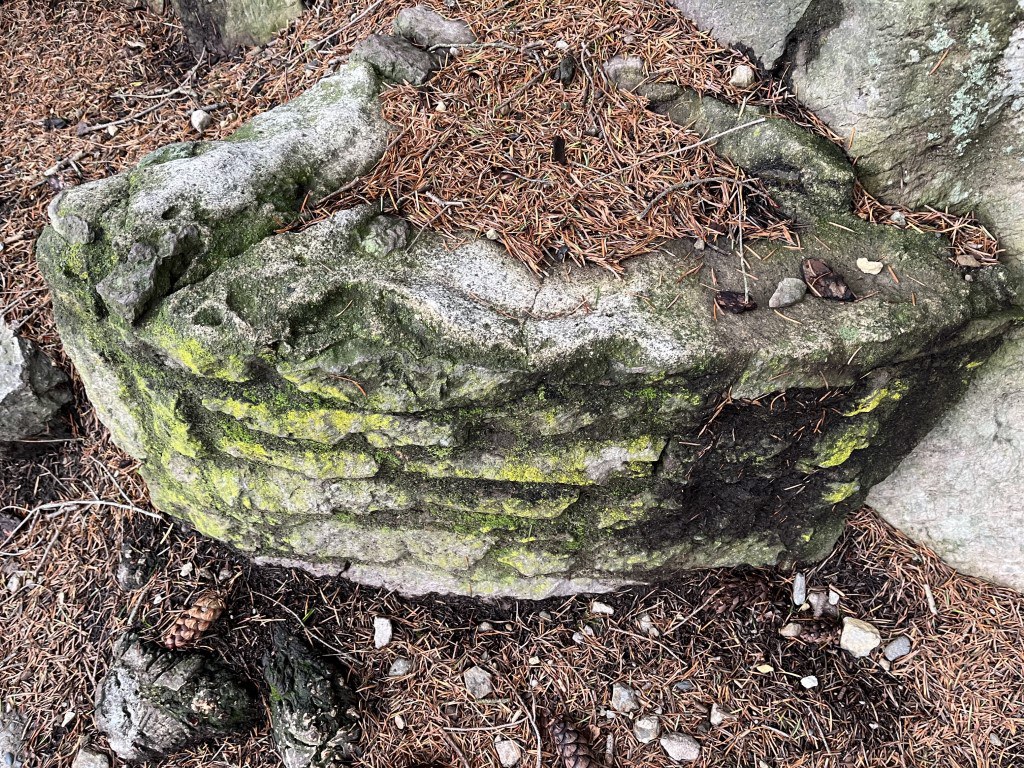 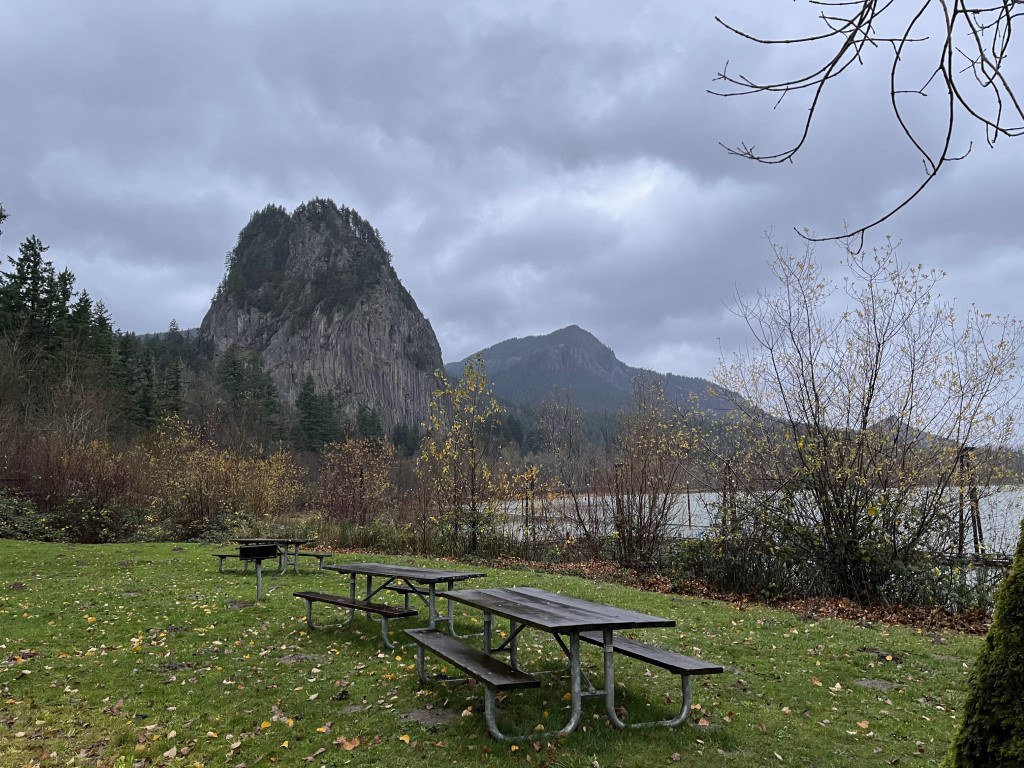