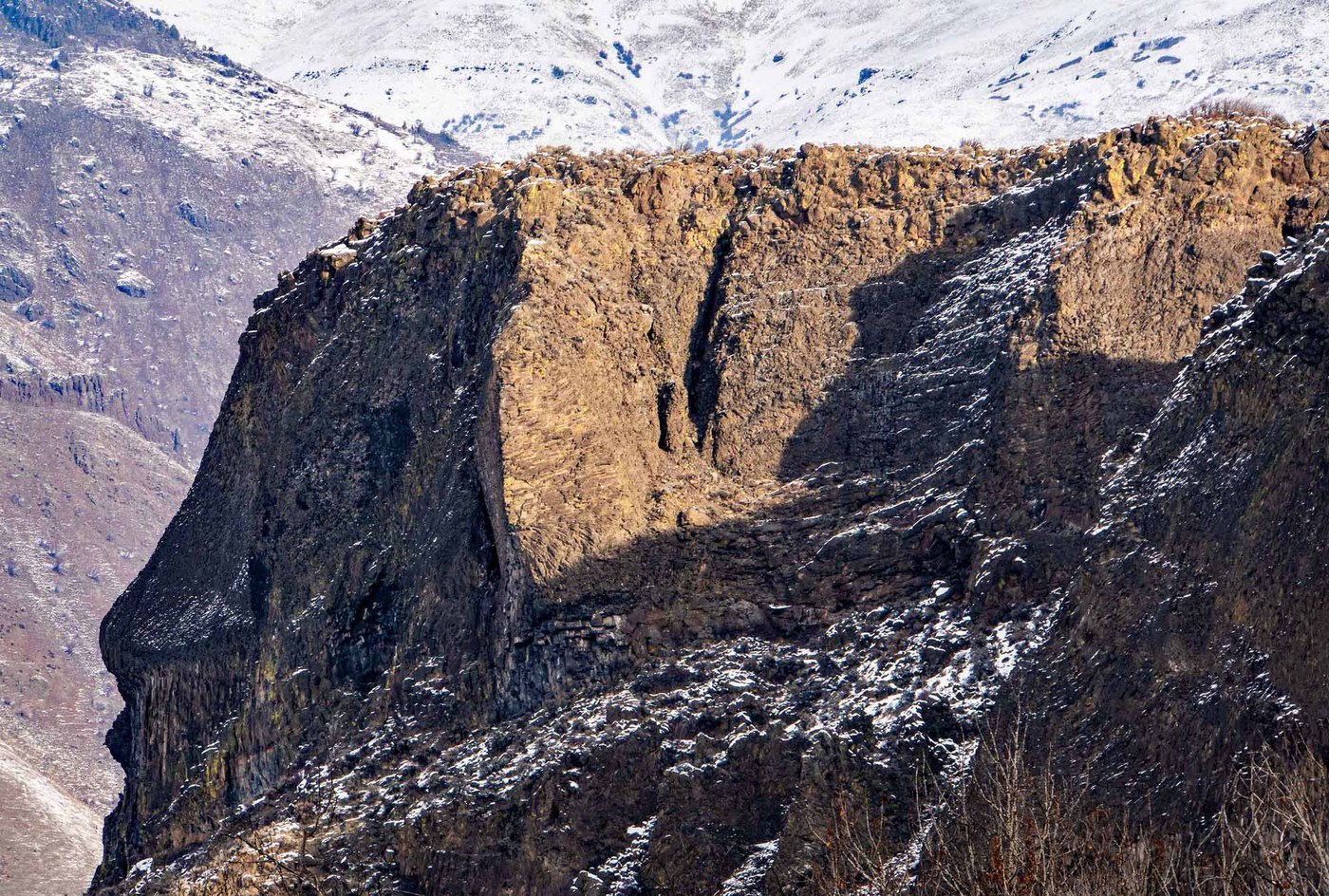 Ethan, Brenda, Jonah, & I took a walk along the Tieton River today.  We started at the elk feeding station, but once across the river we turned left and walked downstream rather than upstream along the Nature Trail.  There was 2 or 3 inches of snow on the ground, but the first mile or so followed an old 2-track and the way was clear.  We then passed through an old elk fence and from here the route was generally clear, but more of a single track.  This trail was sometimes on a bench a little above the bottomlands and sometimes along the bottomlands where it was a little brushy and sometimes hard to follow.  Most of the time we were following some fairly fresh cougar tracks.  We were able to go as far as the cliffs above the confluence of the Tieton and the Naches.  We thought we would climb up to an apparent bench for lunch, but when Jonah & I got there it was just steep hillside, so we went back down and found a nice place by the river for lunch.  It was cloudy when we started out, but by now we were in the sun.  We were here for maybe 45 min, but it was cold, so after lunch we headed back the way we had come.  This turned out to be a very scenic hike and would be spectacular in the fall when the oaks and cottonwoods had turned color.  The route goes right below the cliffs on this side of the river and from this vantage point Ethan thought they often looked more like towers and than cliffs, so we decided to call it the Trail of the Tieton Towers.  We didn't see any wildlife and, as you would expect, we saw no other hikers.  We estimate that we walked 5 miles or so. 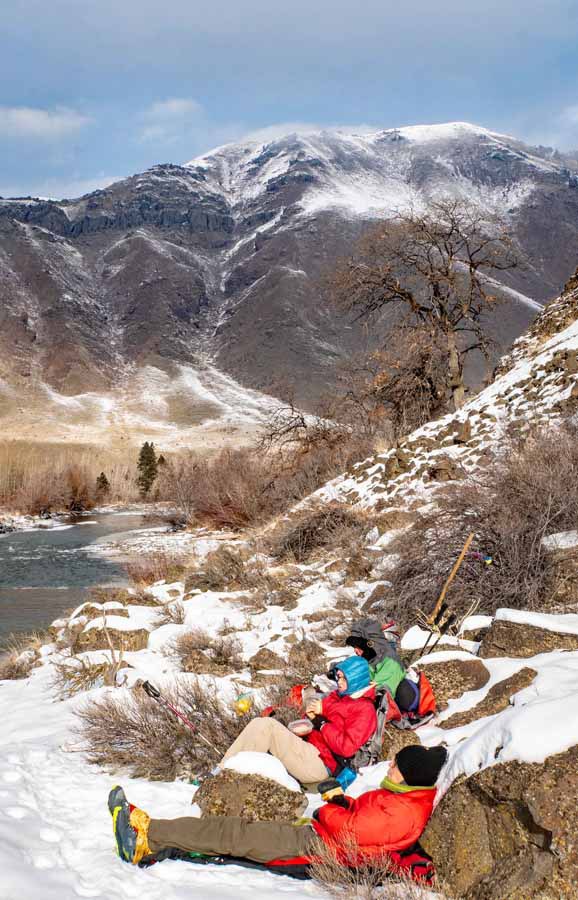 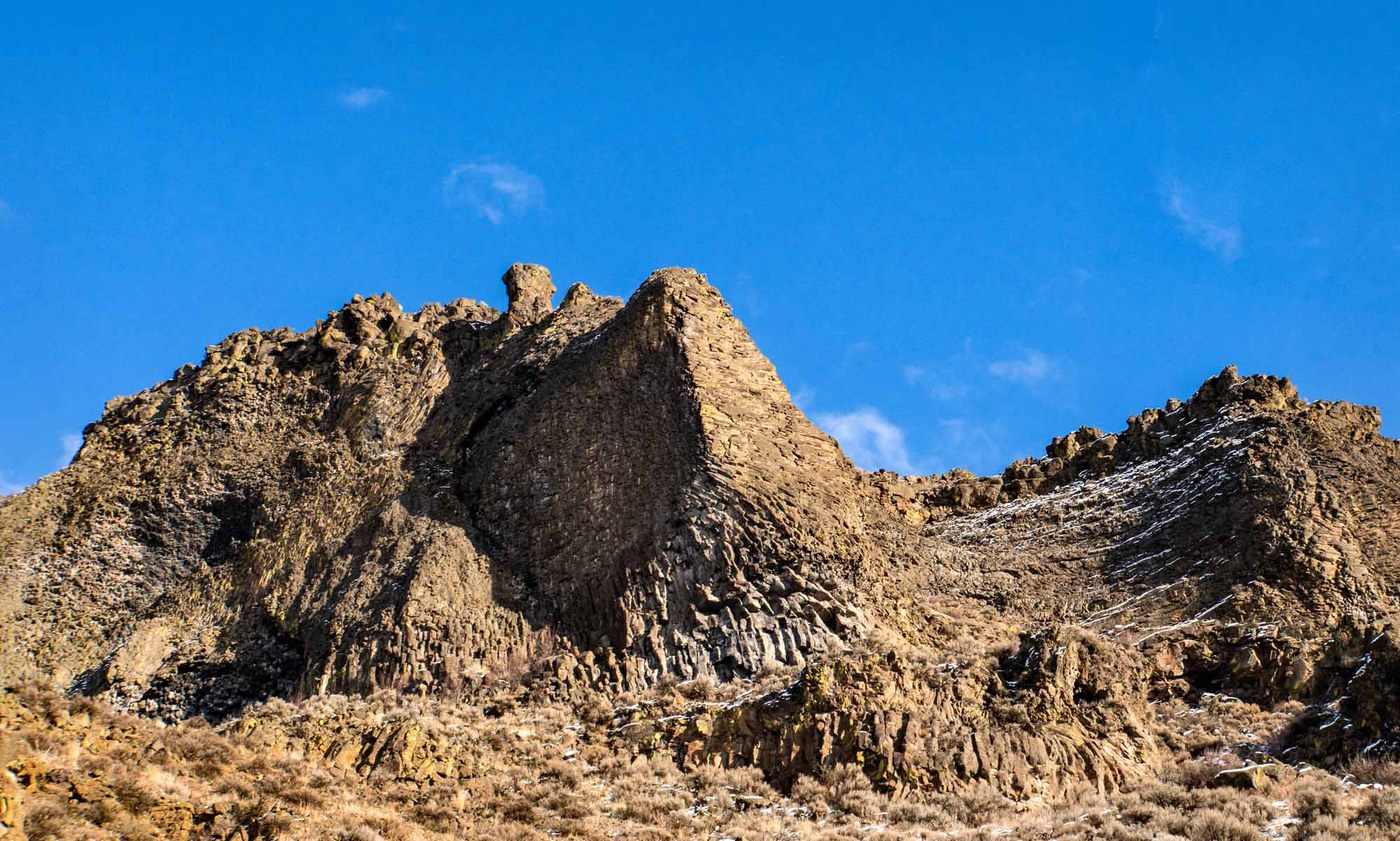 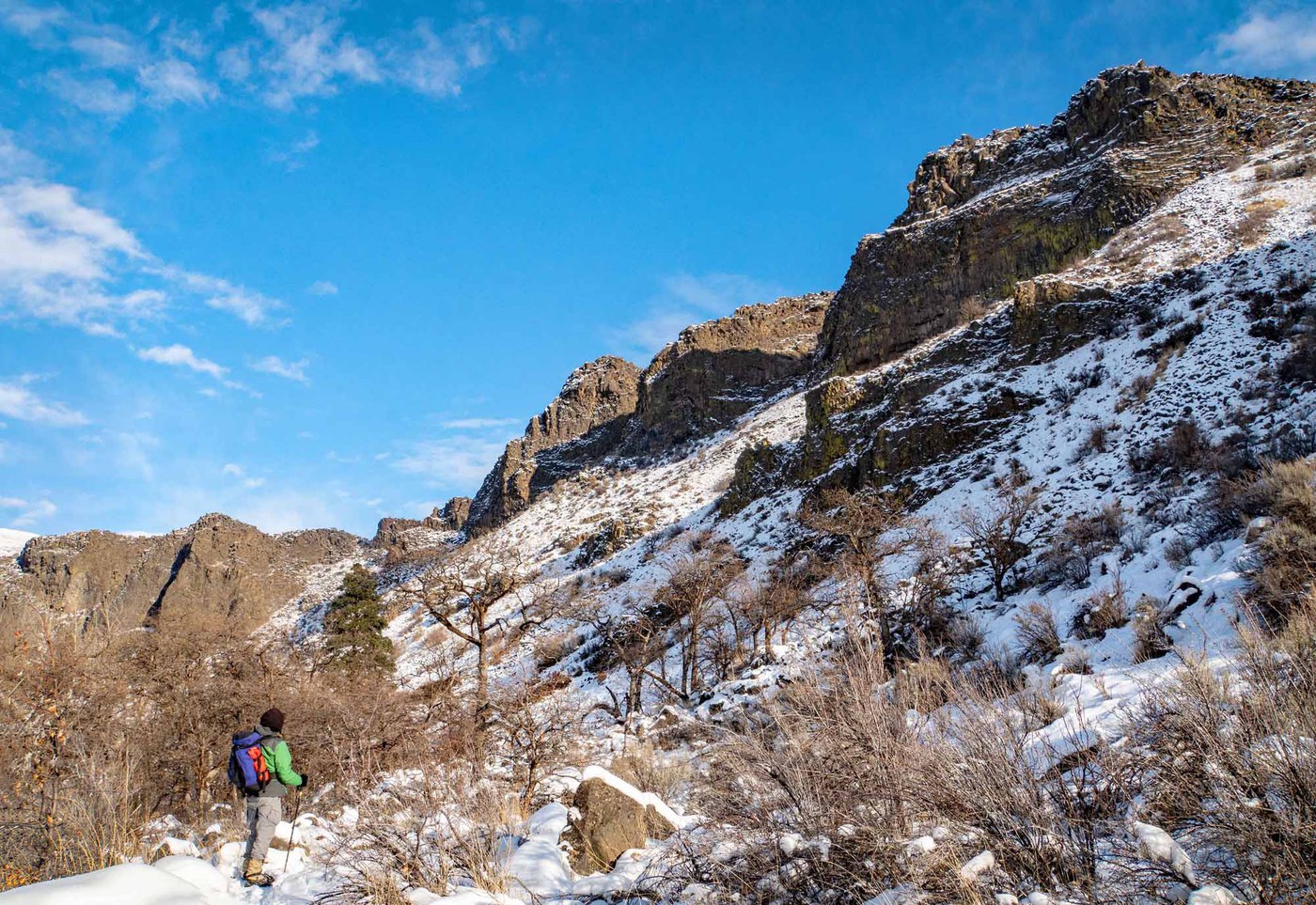