Snow Bomb Alley, the last mile to the summit. 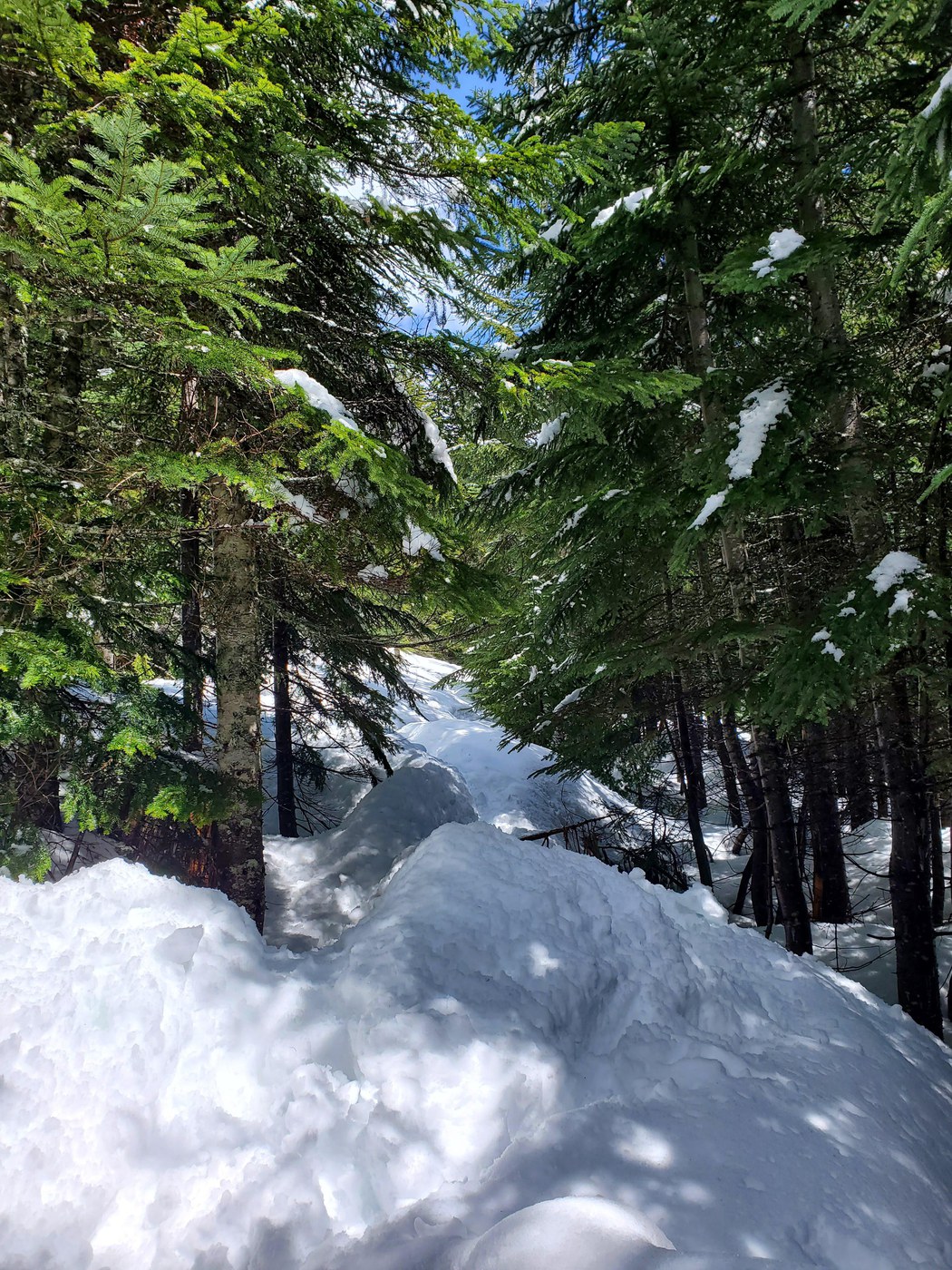 Hiked/snowshoed to DHP summit on Weds. May 11. We donned our snowshoes at mile 3.4 (3,769') plus had our trekking poles and 25# packs (training weight, LOL). Other hikers we met (all 5 of them) had microspikes, I think one hiker was spike-less. I felt more stable in my MSR Lightning Ascents and enjoyed the heal riser feature. As a hiker in her mid 60's I'm just not a fan of wipeouts and our upcoming Mt St Helens climb might include snowshoes so we wanted to speed some quality time in them. I did note that the microspikers were postholing to their knees  when they stepped off the trail to let us ascend. (Thank you for your kind trail manners).

Snow was wet and heavy and once in the trees there were snow bombs! Enjoyed views at the treed topside-mostly peak-a-boo view through the trees. Just west of the true DHP summit  there was a wide open spot  that offered a superb view southward toward Rainier, a cloud deck of `7,000  hid most of her.  A tad further west we stopped at a cluster of  6 scrappy fir trees screaming 'go no further', nice view westward all the way to Lk Washington. Clouds obscured the Olympics.

Snow is slippery when wet on the descent and we marveled at how steep that final mile to the summit is. We felt proud of ourselves. Good training for MSH.

Lower trail, aka trailhead to Dirty Harry's Balcony----wow, beautifully engineered trail re-work. Superb rockery and rock steps. Wide and mostly smooth trail, mud in muddy spots. And the signage is excellent. Several hiker-climbers were headed to the rock climbing playgrounds, such fun names like' Neverland'. Note the signage stops at the junction to DH Balcony where the trail to DH Peak heads west on Harry's, lumpy, bumpy, rocky logging road.

Flowers blooming on lower sections were well covered in the previous report by 'Alpine Wanderer'--but we saw them all too and enjoyed 'em. There were two Trillium at about 3,400' just starting to unfurl. That's determination.

Trillium at 3,400 where the first snow was seen in the shade. 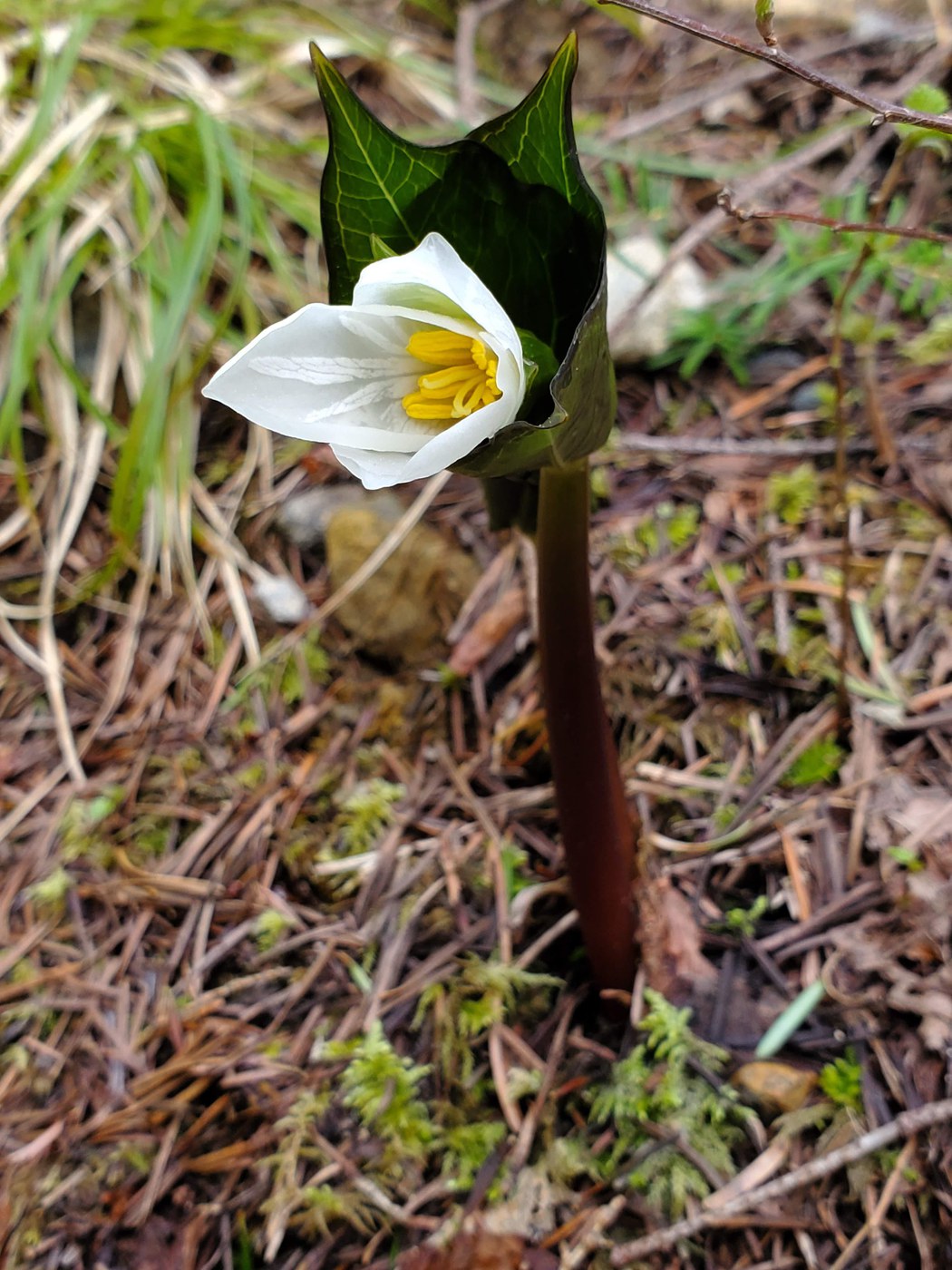 View from just west of summit-southward to Rainier. 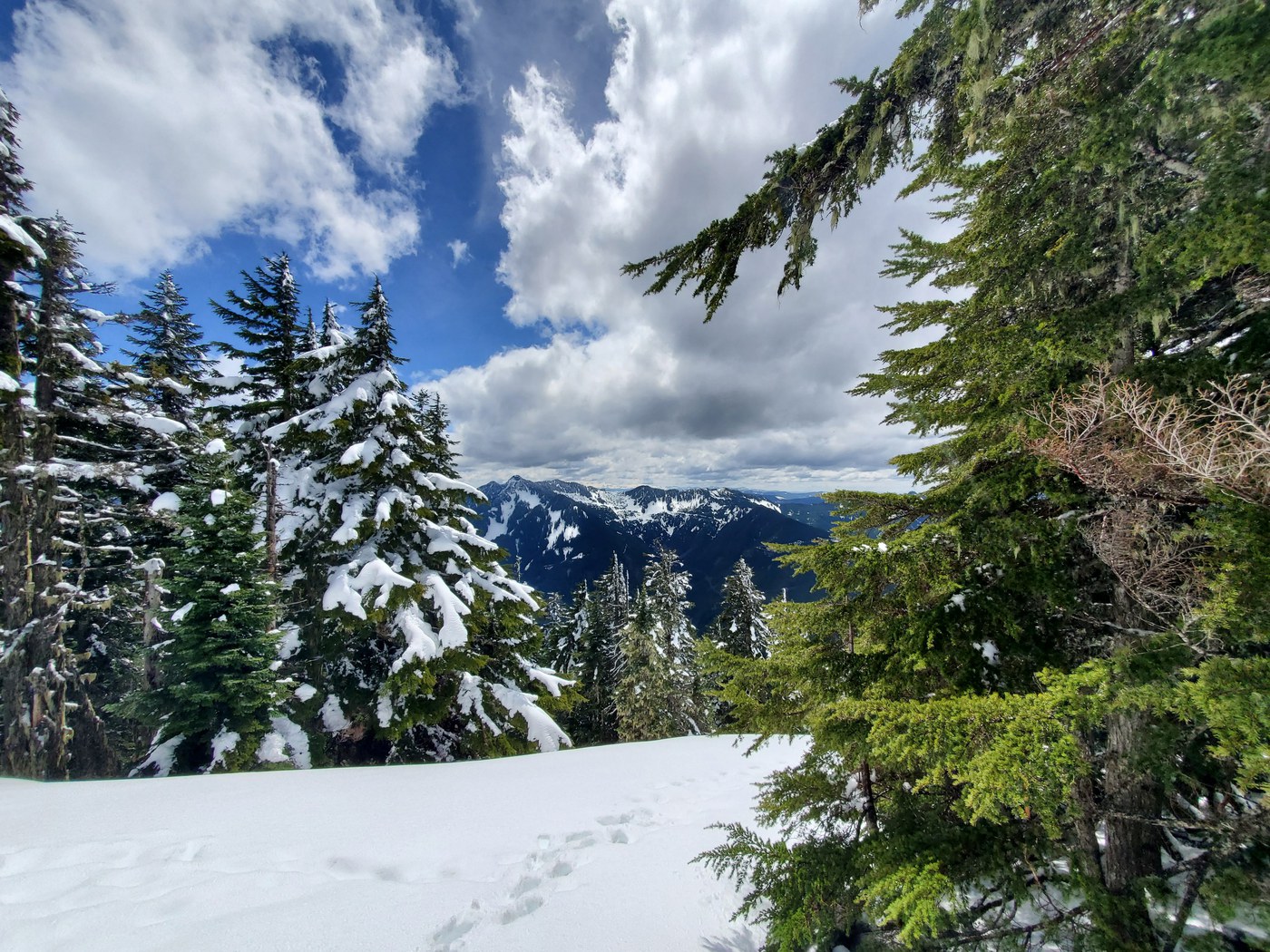 McClellan from about mile 3. Notched bench in this log. 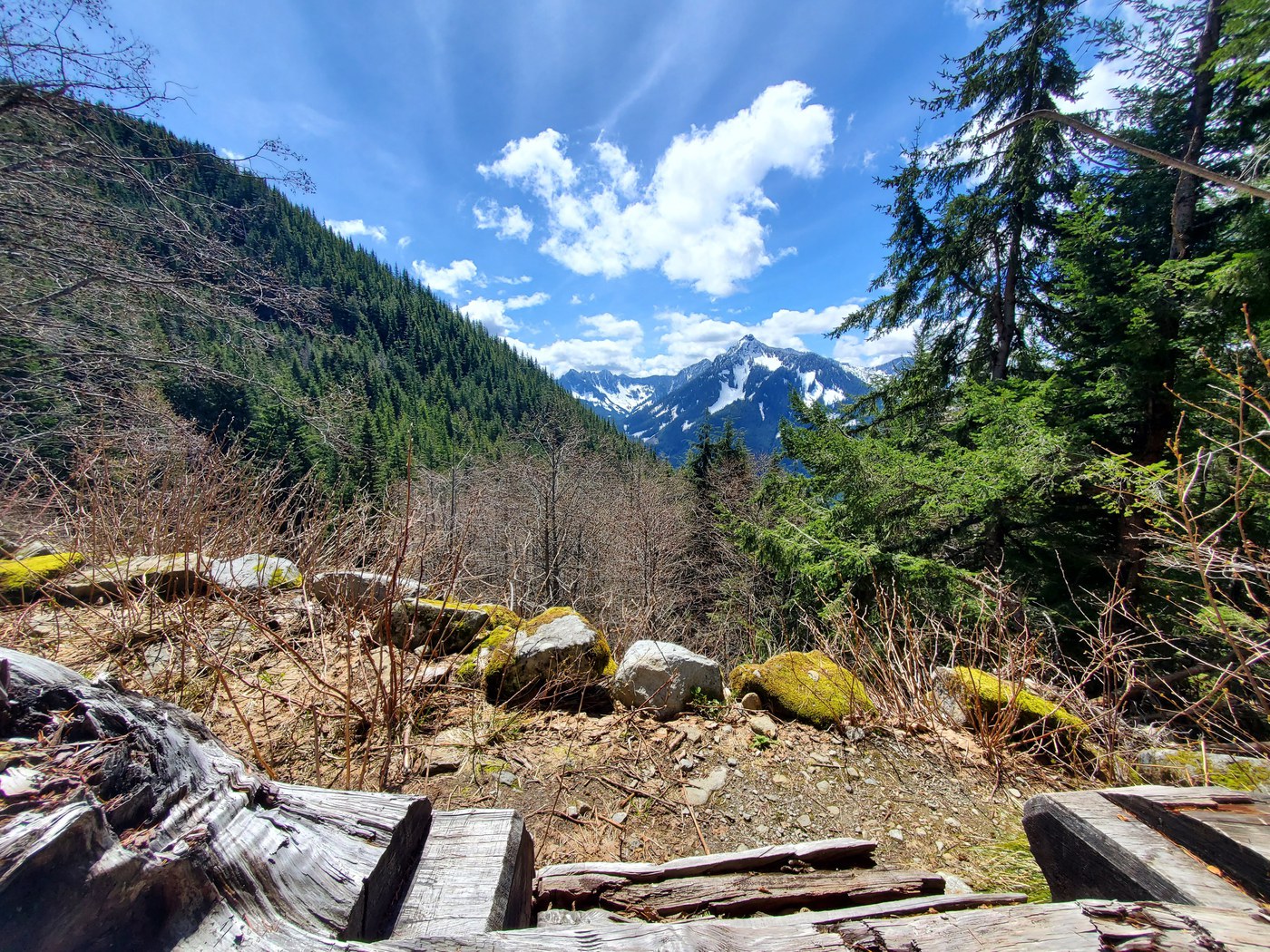