Red Creek bridge, work in-progress, late July. I thought they were just going to drag a log across the creek... 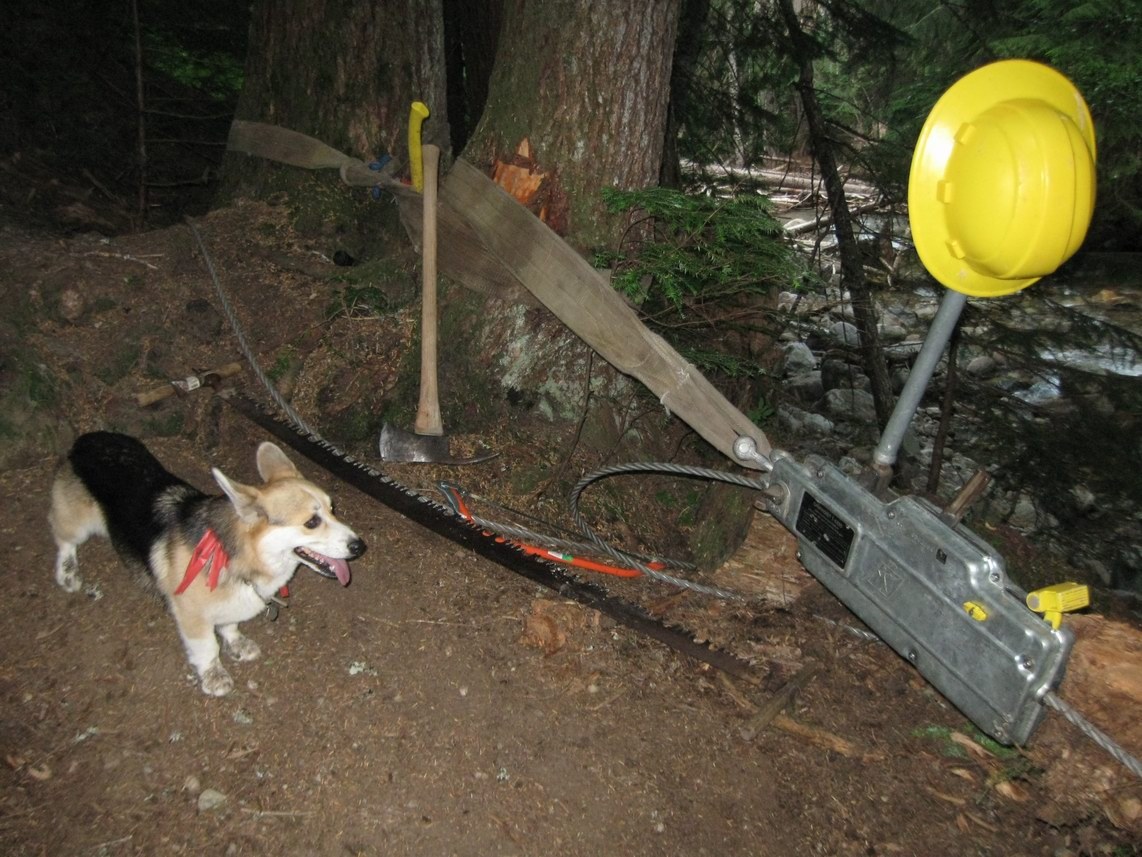 I'm posting this because *somebody* has to do the bragging for the Darrington Ranger District's trail crews. I hiked North Fork Sauk River Trail #649 in late July and again in late September -- when it wasn't the same trail at all! Massive improvements have been made, including a beautiful bridge over Red Creek and complete re-routing of some flood-prone sections in the upper valley, and the avalanche chute has been cleared of debris. Amazing, a smooth hike out on cruise control. So whatever's been posted previously about bridge out, blowdown, washouts, blah blah, forget it. The avvy chute will always be prone to re-collect debris -- we'll see what winter brings this time -- but Darrington has put tremendous effort into keeping this deservedly popular trail in fine condition. Speaking of collecting debris: rocks are always gonna be falling off mountains, but if every passerby moved, say, half-a-dozen of those ankle-turners off to the outside of the trail -- without rolling them down onto hikers on the switchback below -- we'd all be stepping around or tripping over a lot less of them, wouldn't we? Thanks again to the road and trail crews. I spoke with the upper crew in July. They were about to spend the next several days working on a south slope in that heat wave (103 F in Seattle) without so much as a leaf of shade.
Finished Red Creek Bridge, late Sept. I love backcountry bridges, each one is a unique work of art with its own beauty, and I always photograph them. 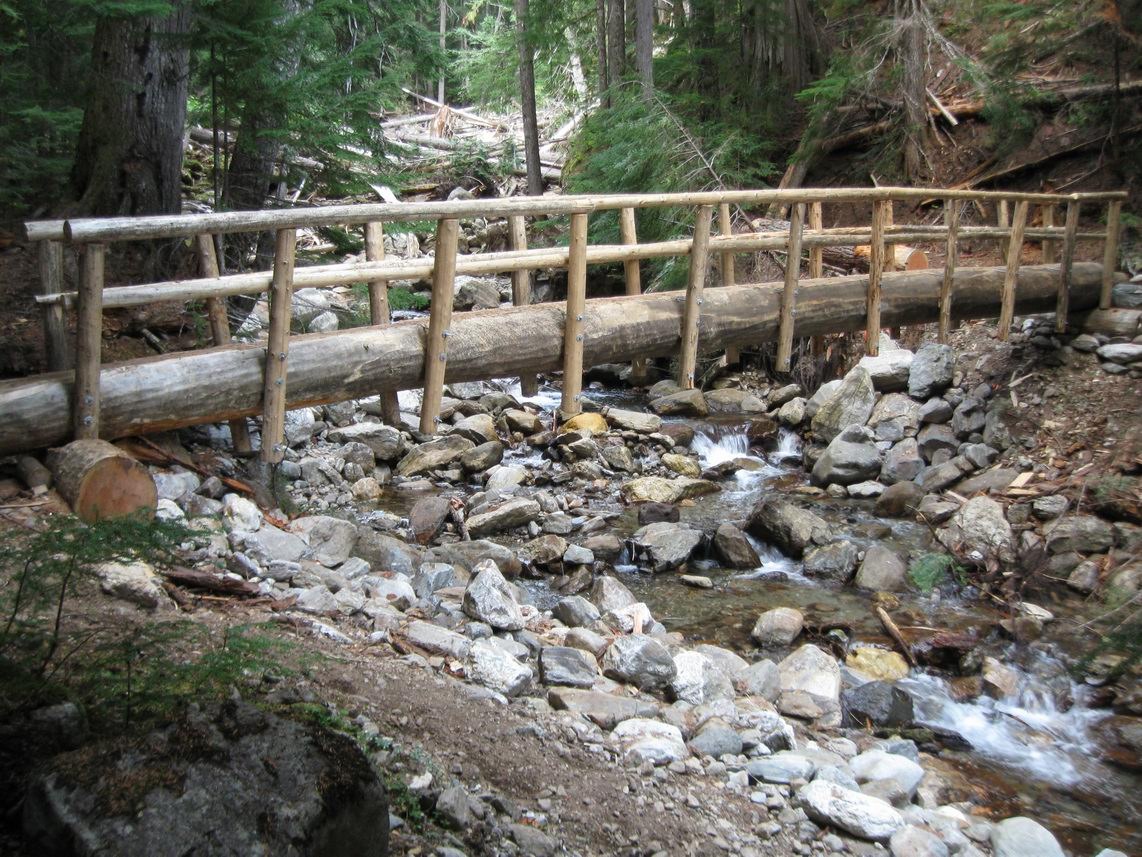 Satisfied customer. River crossings can be real challenges without a bridge; someone told me they spent an hour getting across this before the bridge was done. 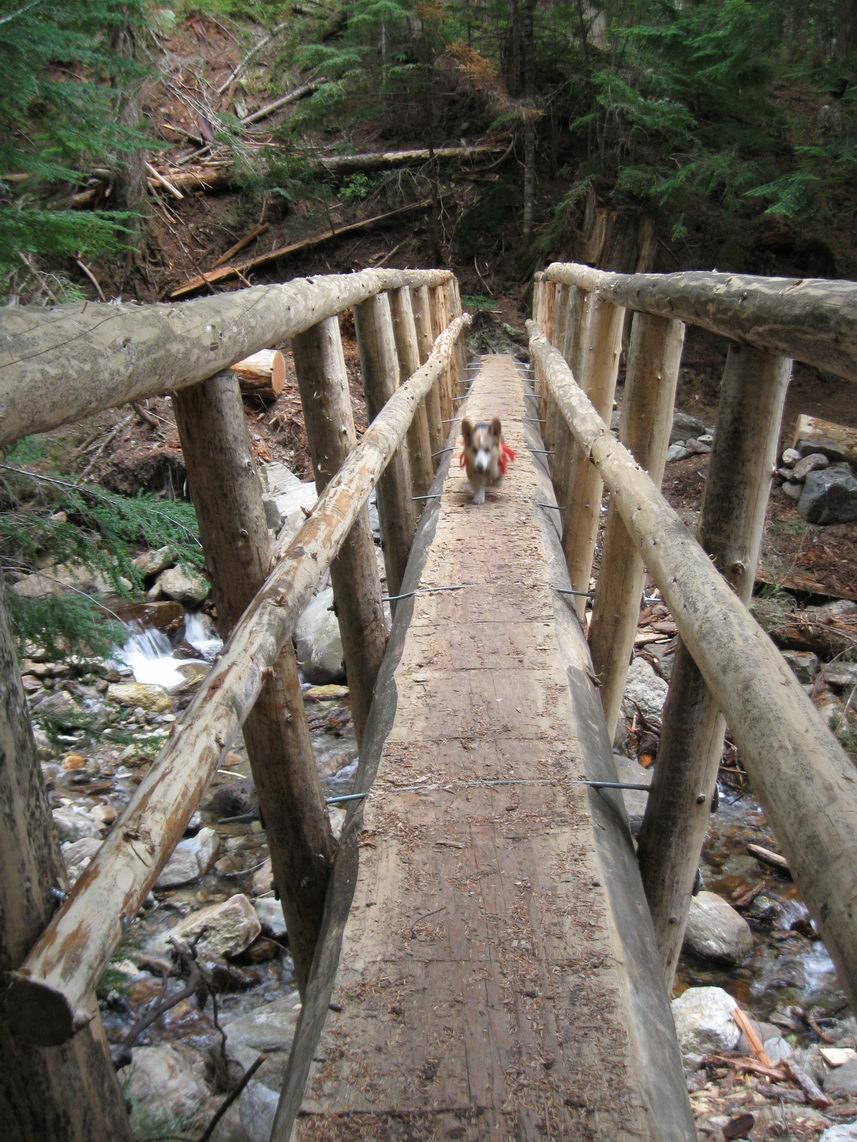 Just one of many extensive re-routings and massive reconstructions along #649. A flood-prone section has been rerouted on higher ground, several long sections have been smoothed-out, and the avalanche chute has been cleared. 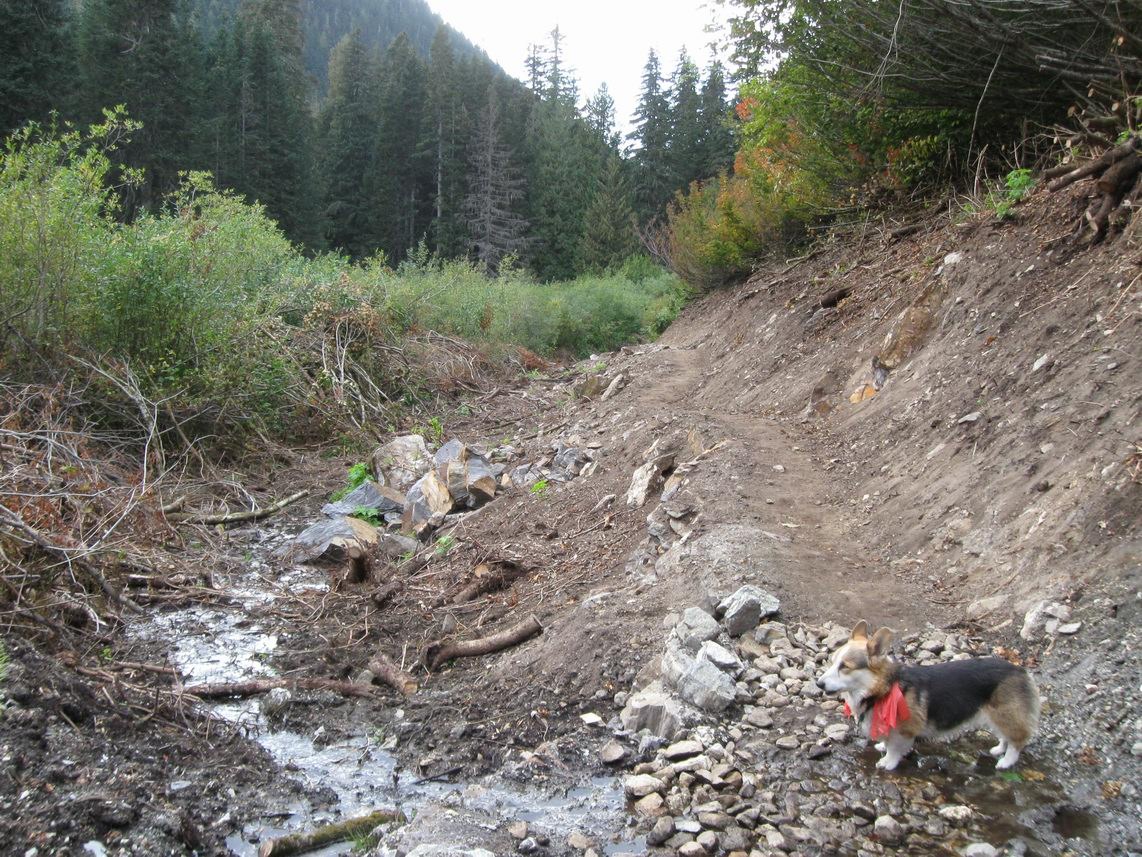