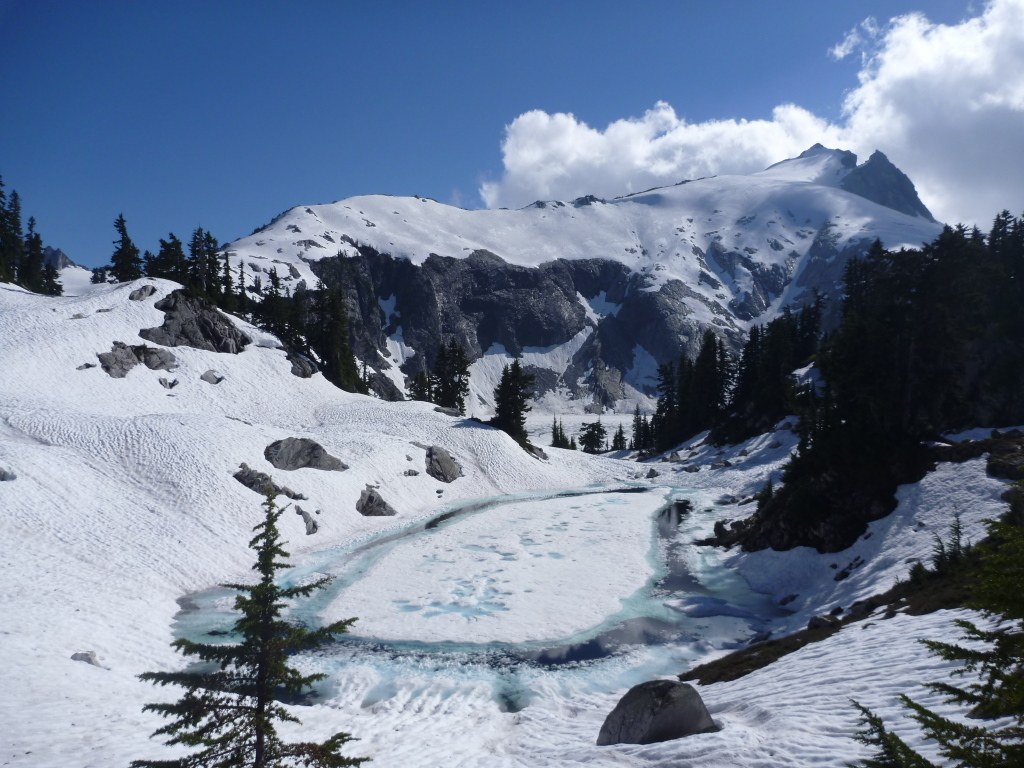 these trails in our Hiking Guide
Left the car just after crossing the bridge, where there was space for a few cars. High-clearance vehicles could drive a few hundred feet further across several small washouts to where the road is blocked off. Followed the overgrown road to the end, where a steep (and in parts even more overgrown) trail climbed up through the forest. There was sporadic flagging (and cairns further up), but a map was essential. Crossed several bumps to reach Cyclone Lake, where we found a nice, snow-free campsite after a bit of searching. By the time we started up Kindy Ridge the following morning, the snow had become soft enough to make crampons unnecessary. Part of the trail along the ridge had even started to melt out. Crossed a snow field at the top of the ridge and climbed a steep but short and un-exposed snow wall to the left of the summit. The final scramble was on somewhat loose and sharp rock, good to have a helmet. Glissaded and plunge-stepped back down to Cyclone lake. Gathered our gear and hiked out. Encountered just one other party during the entire trip.
Approach Trail 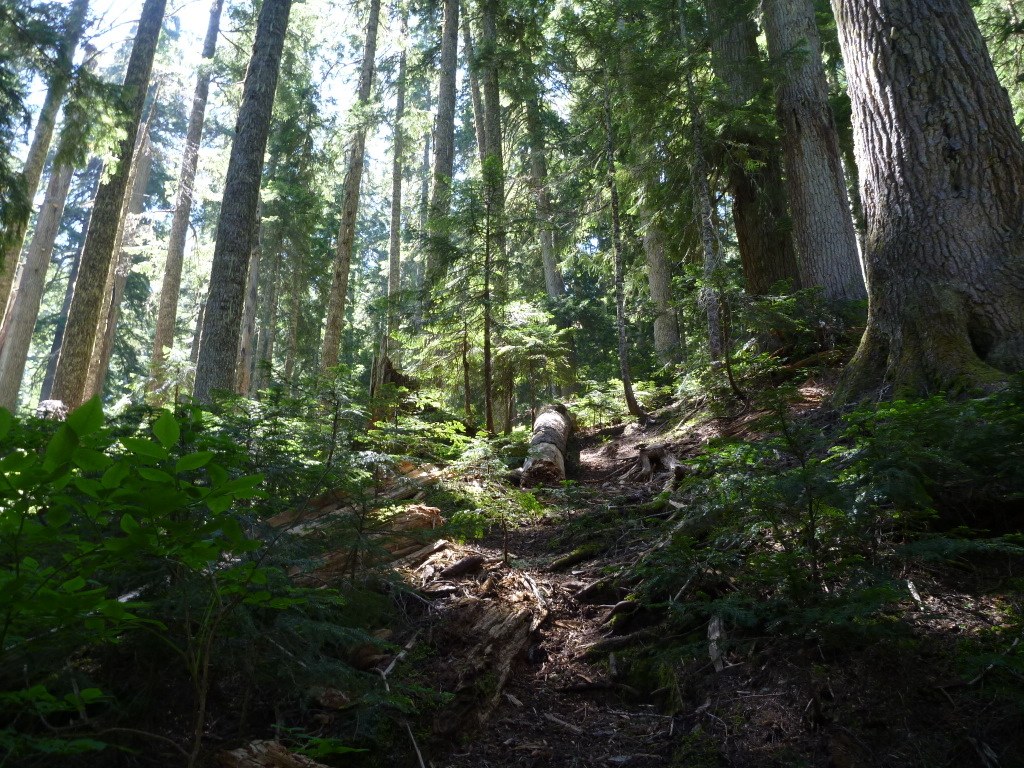 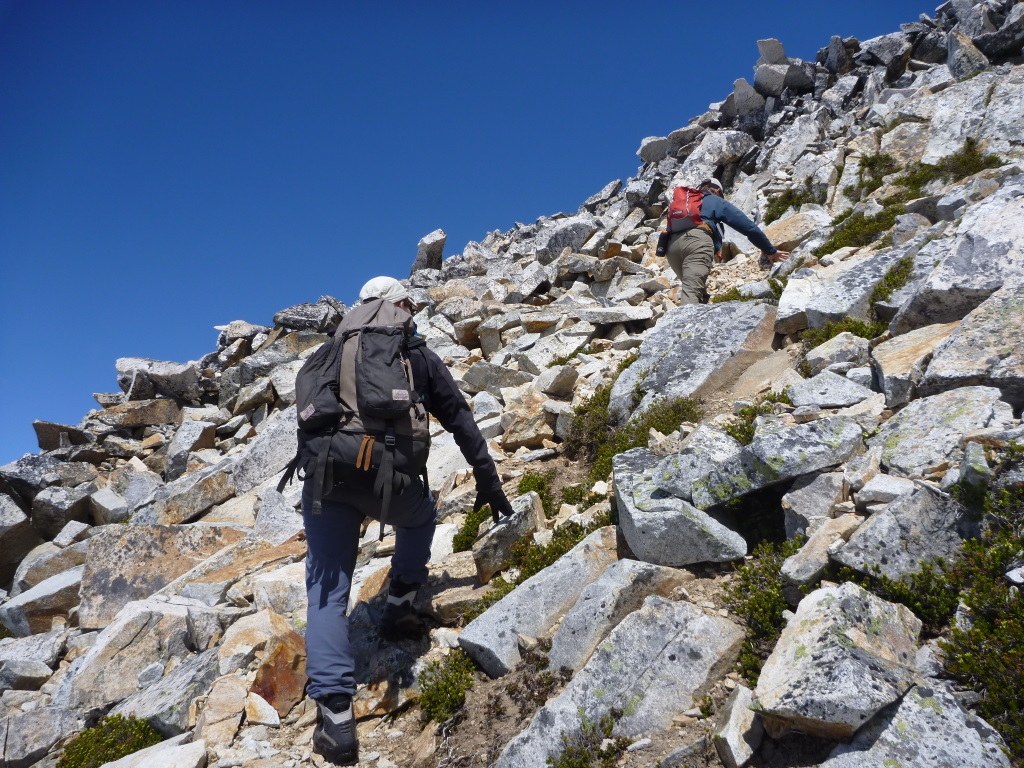 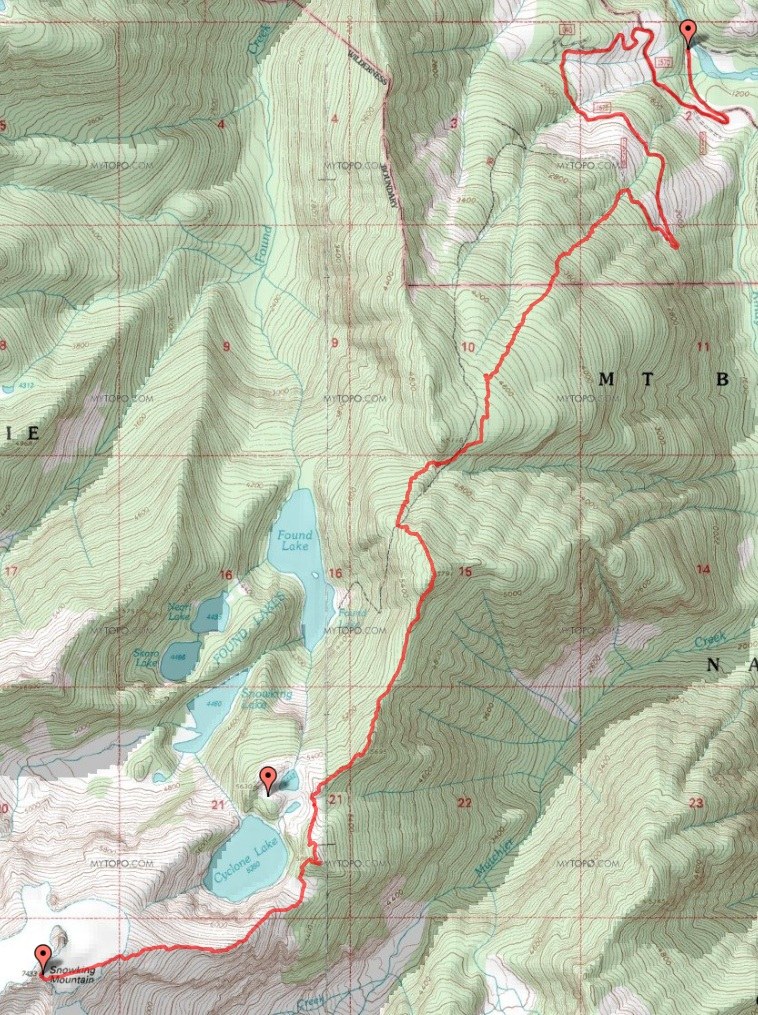 That was awesome! Thanks for sharing