Skip to content
Pacific Crest Trail (PCT) Section L - Rainy Pass to Manning Park I’ve read in several guide books that the northern-most section of the Pacific Crest Trail, (Pasayten Wilderness, Washington State) is one of the most scenic of the trail. So, I decided to see for ... https://www.wta.org/go-hiking/trip-reports/trip_report.2012-08-10.1826174019 https://www.wta.org/site_images/trip-reports/2012/parade-grounds-em.jpg/@@download/image/Parade Grounds em.jpg

Meadows on the PCT, 2 miles north of Holman pass, just below Goat Lakes. 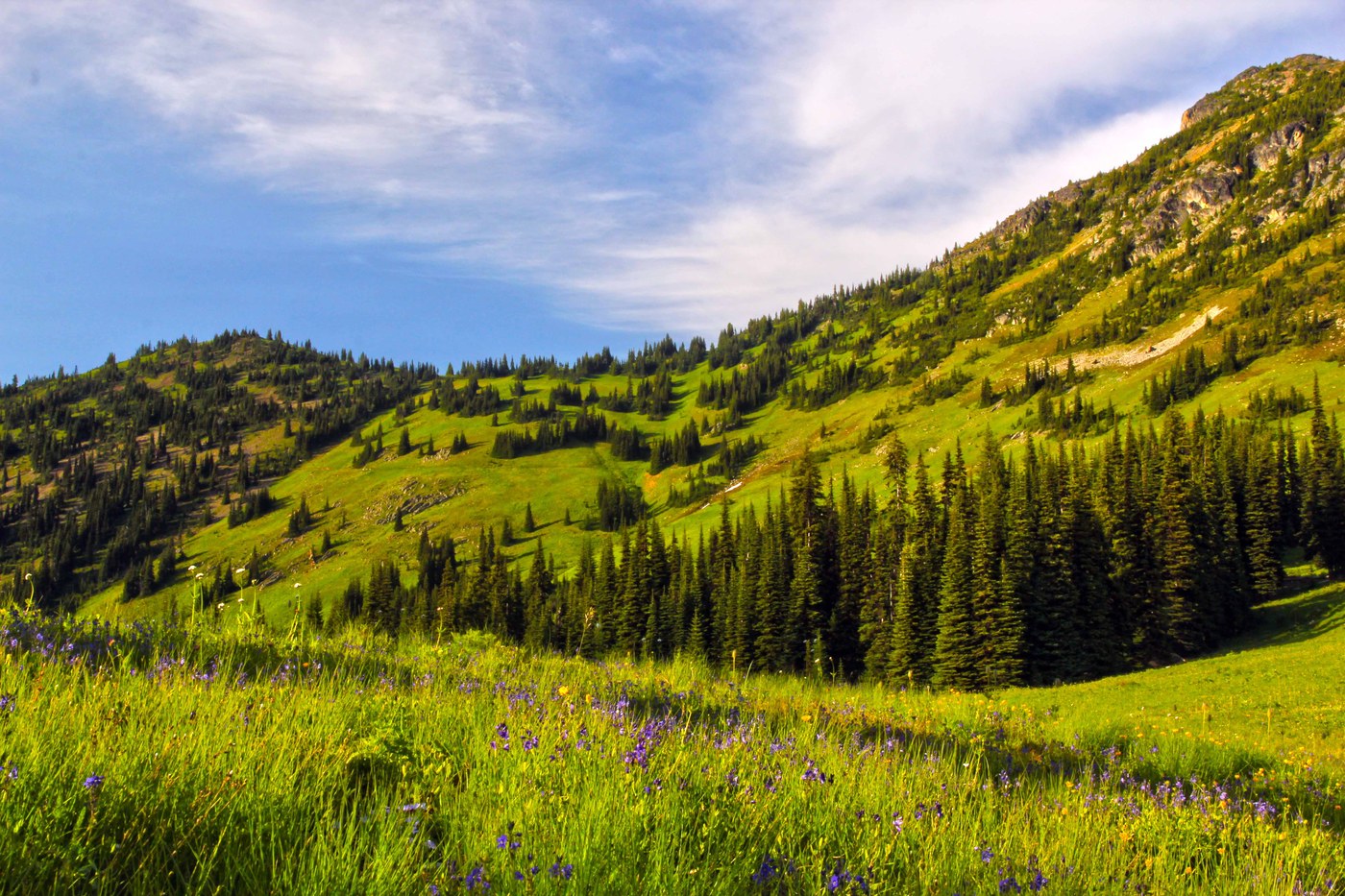 I’ve read in several guide books that the northern-most section of the Pacific Crest Trail, (Pasayten Wilderness, Washington State) is one of the most scenic of the trail. So, I decided to see for myself. We drove to Mazama, on the North Cascades Highway and headed up the 18-mile road to Harts Pass and the trail head. The mostly dirt road is suitable for most any car and is breathtaking in itself. It winds its way to the top of Slate Peak, at more than 7,000 feet elevation. It’s always nice to start a hike at its highest point, rather then (as is usually the case) it’s lowest. From the very start the trail is glorious: expansive views of the Pasayten peaks to the east as well as the jagged spires to the west in North Cascades National Park. Arriving late in the afternoon we only made it 6 miles the first day, camping at Jim Pass. The entire pass was upholstered in herbaceous wildflowers, making it difficult to stop taking pictures! The next morning the valleys were filled with fog, but we were above and the weather was perfect as we hiked along. The trail traverses the side of Devil’s Backbone and then drops down to Holman Pass. The second night we camped in meadows on a shelf just south of Rock Pass. There is a spring for water and the expansive meadows are a wide open space. Shull and Powder Mountains loom above. There are two small lakes (Goat Lakes) just above the trail, and there is an easy boot-path to them. The hike up and over Rock Pass and then though Woody Pass is definitely one of the highlights of the trip. Green meadows, abundant wildflowers, soaring peaks, a true masterpiece. From Rock Pass the trail dips down about 600 feet, traverses below steep slopes and then heads right back up to the narrow gap of Woody Pass. Just before the pass there are quite a few awesome camp sites… Following the trail through Woody Pass puts one back on the west side of the Cascade Crest. Now the trail mostly maintains its altitude as it makes its way to Lakeview Ridge, the highest point along this section of the trail. The entire 3 miles is impossible to hike quickly: there are too many incredible views! Cornering around the last finger ridge, the Lakeview Ridge comes into view. A few final switch-backs, and viola! We made it! From the top of the ridge there are unrestricted views in every direction. Mount Baker and the Pickets are in clear view to the west. To the north we could see the 1996 burn along the Three Fools Trail, which we had hiked a few years before and Hopkins Lake, nestled below the Devils Staircase…The view south is dominated by Three Fools Peak, and in every direction stretch long verdant valleys, carpeted in green… We spent the night there, on top of the ridge. The weather was perfect, 70’s in the day, 40 to 50 at night. There were very few bugs, compared to my earlier visits. After a night atop the ridge, we retraced our path back to the car, taking our time to soak up the perfect scenery… All told it’s 21 miles from the parking lot to the top of Lakeview Ridge. One of my all-time favorite hikes!
Hopkins Lake from Lakeview Rdige 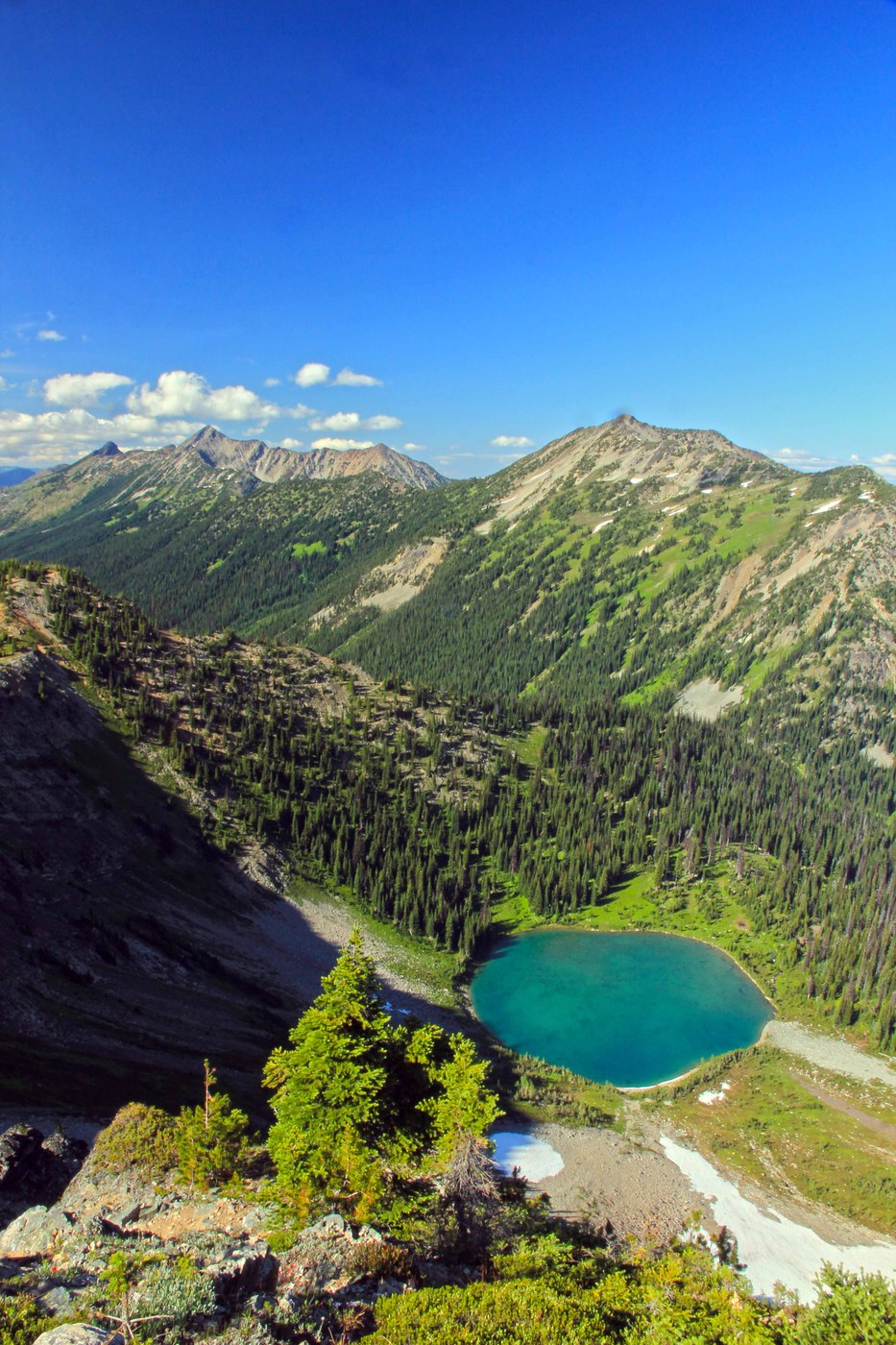 Switchbacks on the north side of Rock Pass 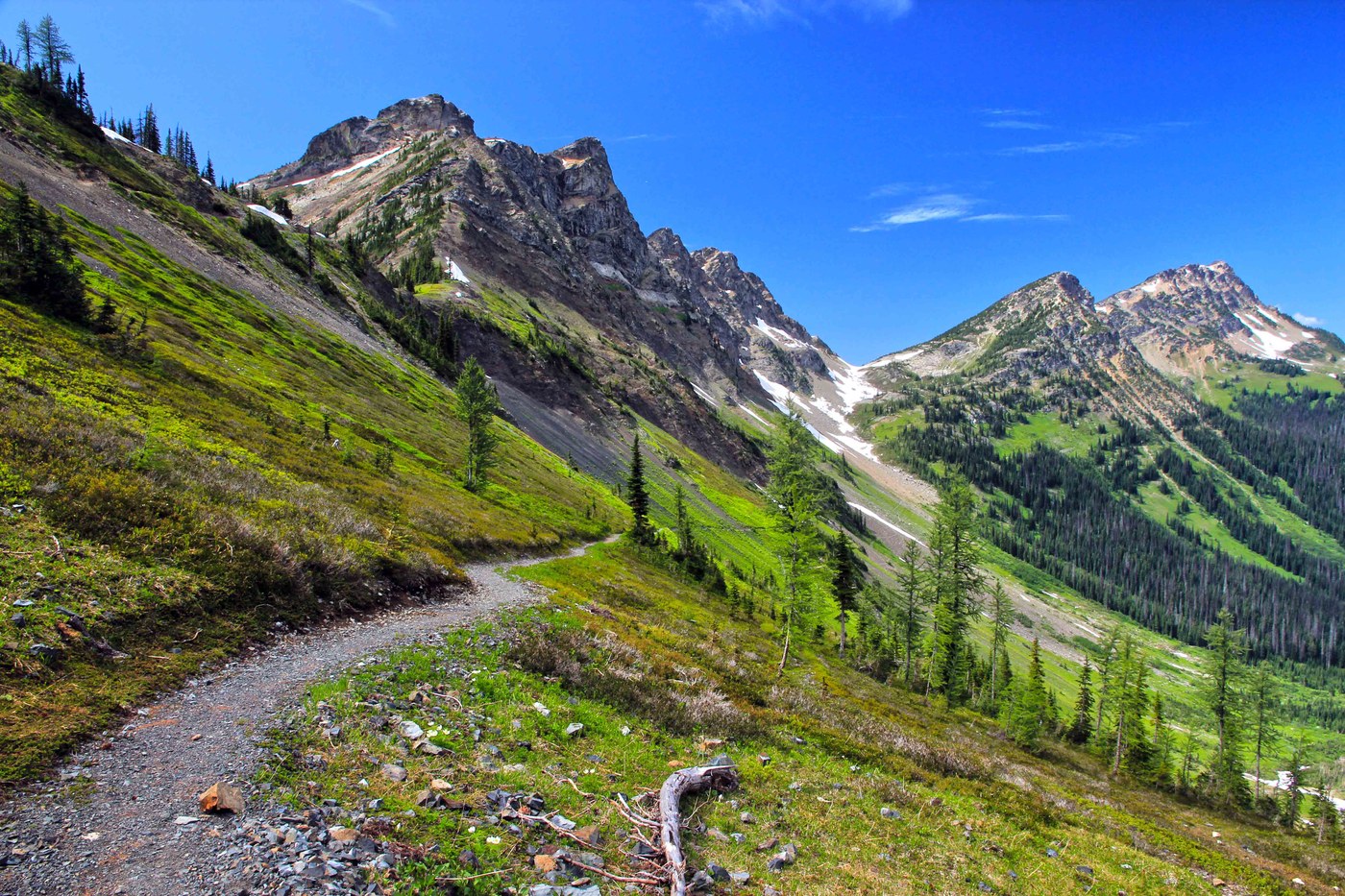 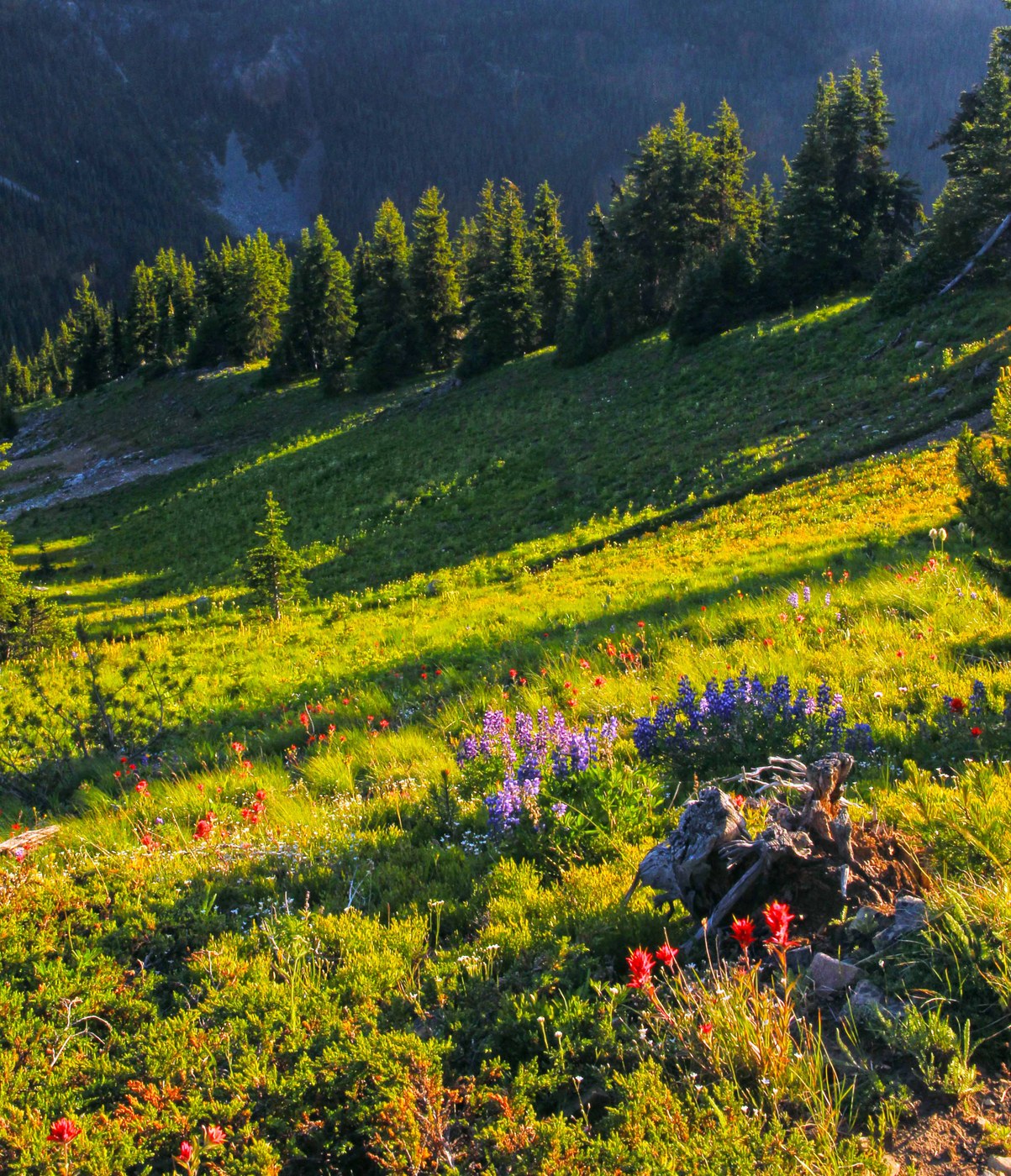 Great trip log; notes on campsites/water very helpful. I've done the Rainy Pass-Hart's pass and am planning on doing the West Fork Methow River trail to the PCT and then Slate Peak about 1st week in Sept. No Mountaineers group in Bellingham, so may have to go solo (unless someone is interested!!), which does not please my wife! Will post trip report.