Print
Gorgeous view of the lake and surrounding peaks. - Douglas A. Johnson 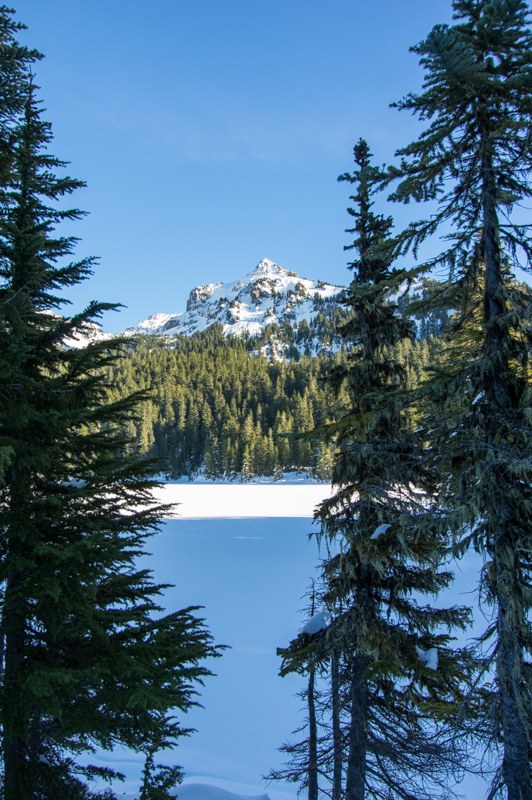 these trails in our Hiking Guide
We drove up to the Mowich lake gate on a perfect January day, not a cloud in the sky! Temps were around 55-60 degrees, and the snow was mixed. The road up to where the gate is closed was clear until about 100 yards from the parking area. There had been quite a bit of driving on the snow, so it was well rutted. My lifted F-150 was fine, but it could be interesting for a low clearance vehicle. There was a Honda CR-V that became stuck near the parking lot and they were attempting to chain up and get out while we were getting ready to set of. They were gone when we made it back to the parking lot in the afternoon, so they must have made it out ok. The road and trail were in great condition. The snow was slushy in parts, and icey in others, based on how much sun it was getting. We took the trail cutoffs both up and down, which saved some time and made for a more interesting hike. The lake was frozen, and it would have made a great overnight camp! One other party was up there at the same time, so not much activity for a gorgeous Saturday afternoon. It was about 10 miles out and back, but not very strenuous. Highly recommended for beginners. The dirt road had a lot of mud-filled pot holes, and some were quite deep, so use caution when navigating up there!
Return leg as the sun was getting low on the horizon. - Douglas A. Johnson 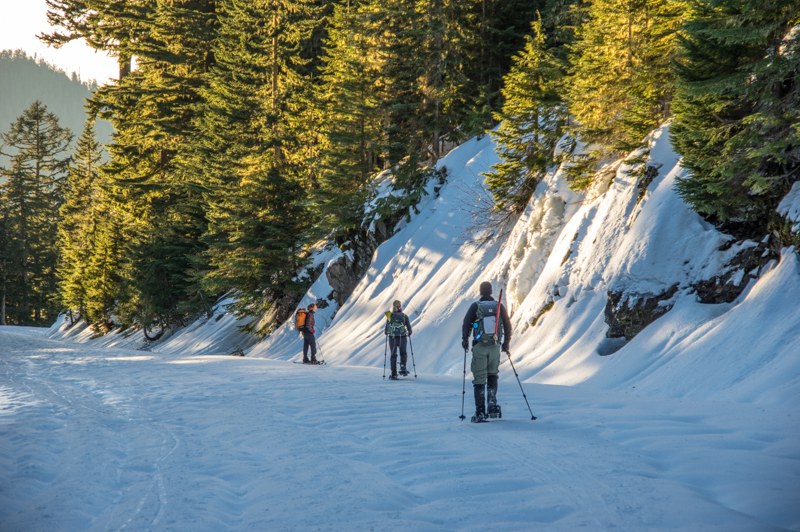 Waterfall along the road. - Douglas A. Johnson 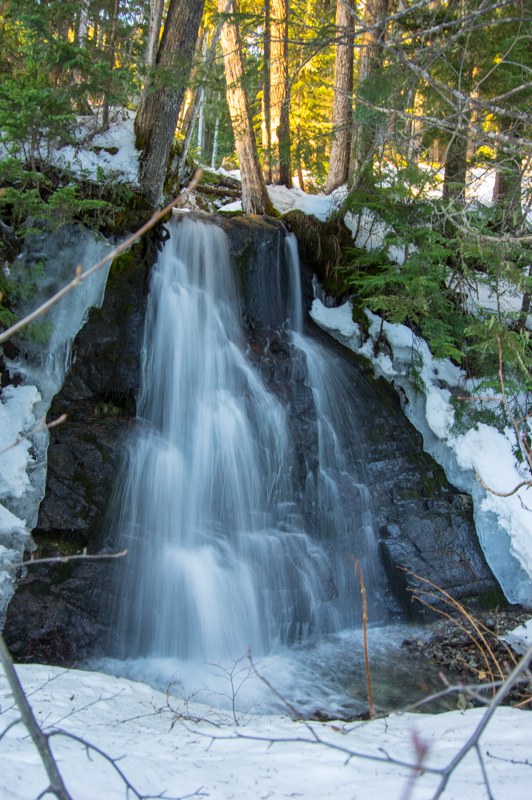 Sun through the trees. - Douglas A. Johnson 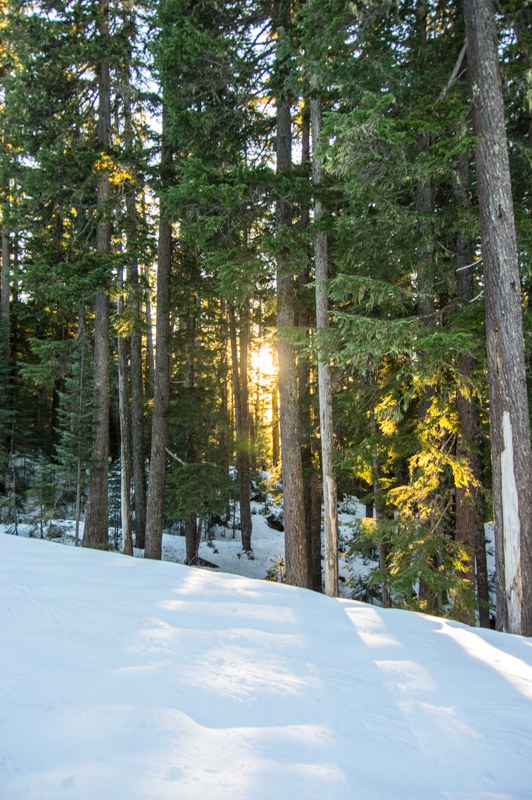