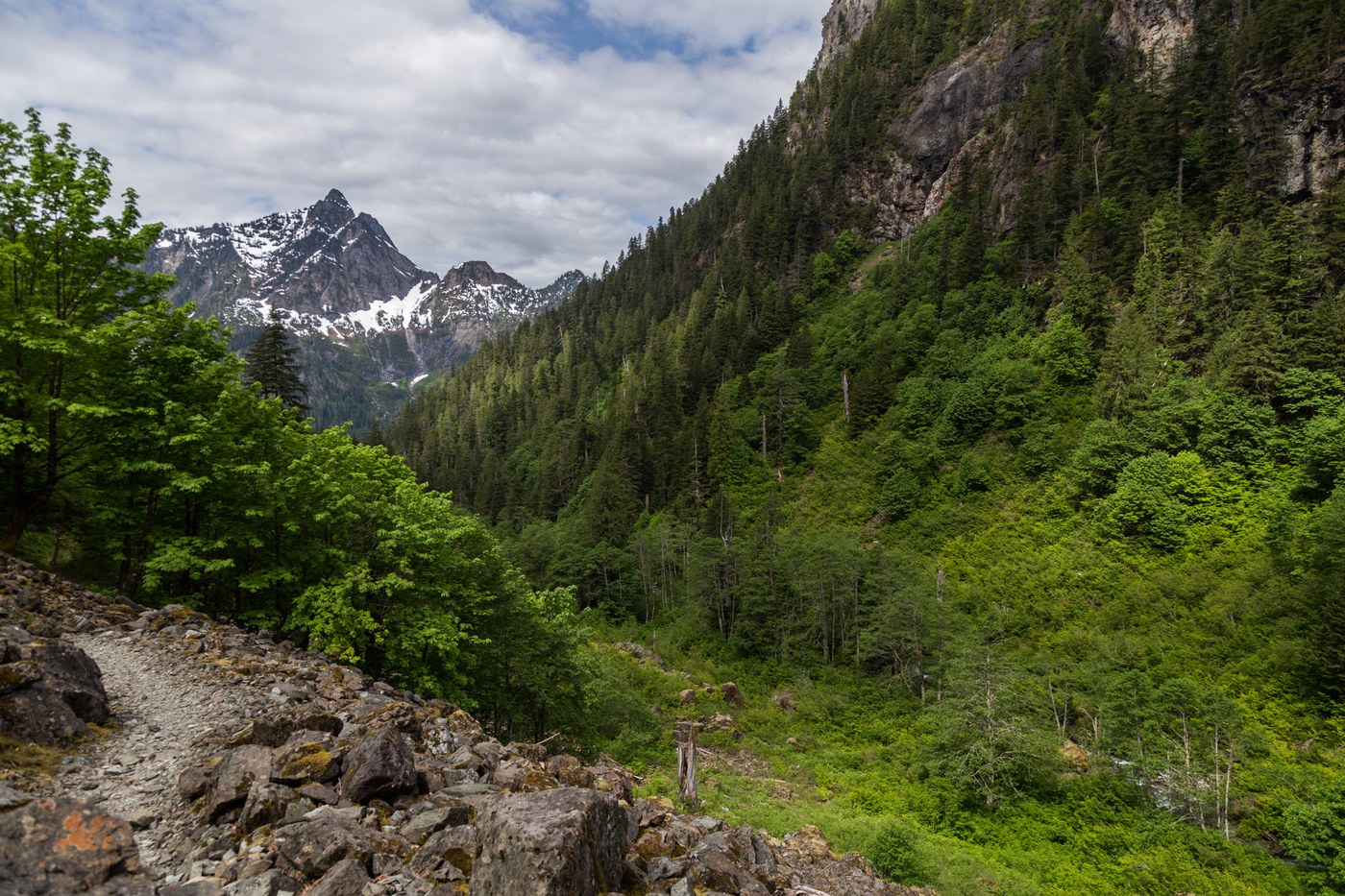 these trails in our Hiking Guide
Arrived at the trailhead around 9:45AM; most of the cars were parked toward the Mt. Dickerman end of the lot. There was only one other person ahead of me on the trail. The walk up Perry Creek valley is a steady climb, alternating between open old talus fields and old-growth forests. It's a great contrast with lots of great views back toward Hall Peak and sometimes Big Four Mountain. At about the three mile mark, you'll reach Perry Creek Falls, which is running hard with the snow melt in the warm weather. Crossing the creek required me to put on my water sandals and carry my small dog Boomer -- you'll have to go through water at least 8" deep in some parts of the crossing. After crossing, the trail makes a very short switchback left, then you have to quickly turn right. Don't be fooled and continue going left. Then you climb up three long and steeper switchbacks. Toward the end of the first one you'll encounter the big blow-down others have written about. As they said, scramble your way up the left side of the debris and you'll find the trail within 50 ft or so. Snow becomes constant at about the 4,500 level. I had Microspikes which improved my footing while I often blazed my own trail. The only navigation advice I can offer is to follow existing tracks and stay on the same line as you head northeast to the ridge/meadow. I referred to my GPS app quite a bit to confirm my route, as I was the first one to reach the ridge Saturday. I found days-old tracks every now and then, too. The ridge still has at least four feet of snow with very few exposed areas. On the very north edge ridge, there's a 2.5-ft outcropping of bare ground that we found to sit and enjoy our lunch overlooking the Shake Creek valley, with Mt. Forgotten nearby and White Chuck Mountain in the distance. Quite a view! The hike down was fine, though I wandered a bit in the snow and then into the forest. I passed a total of about 20 folks on the trail by the time I reached my car.
Crossing Perry Creek; some parts are 8" deep or more. 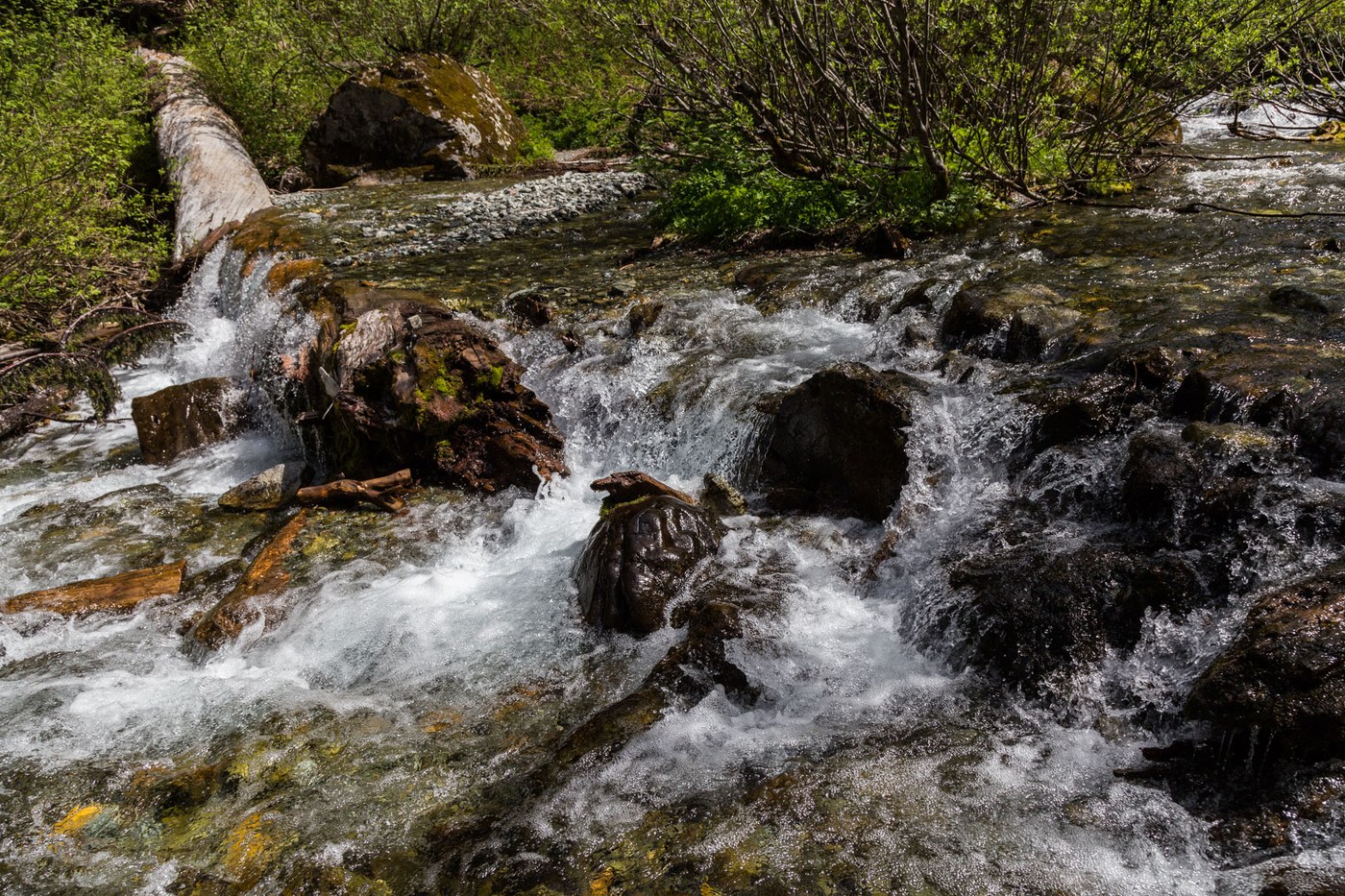 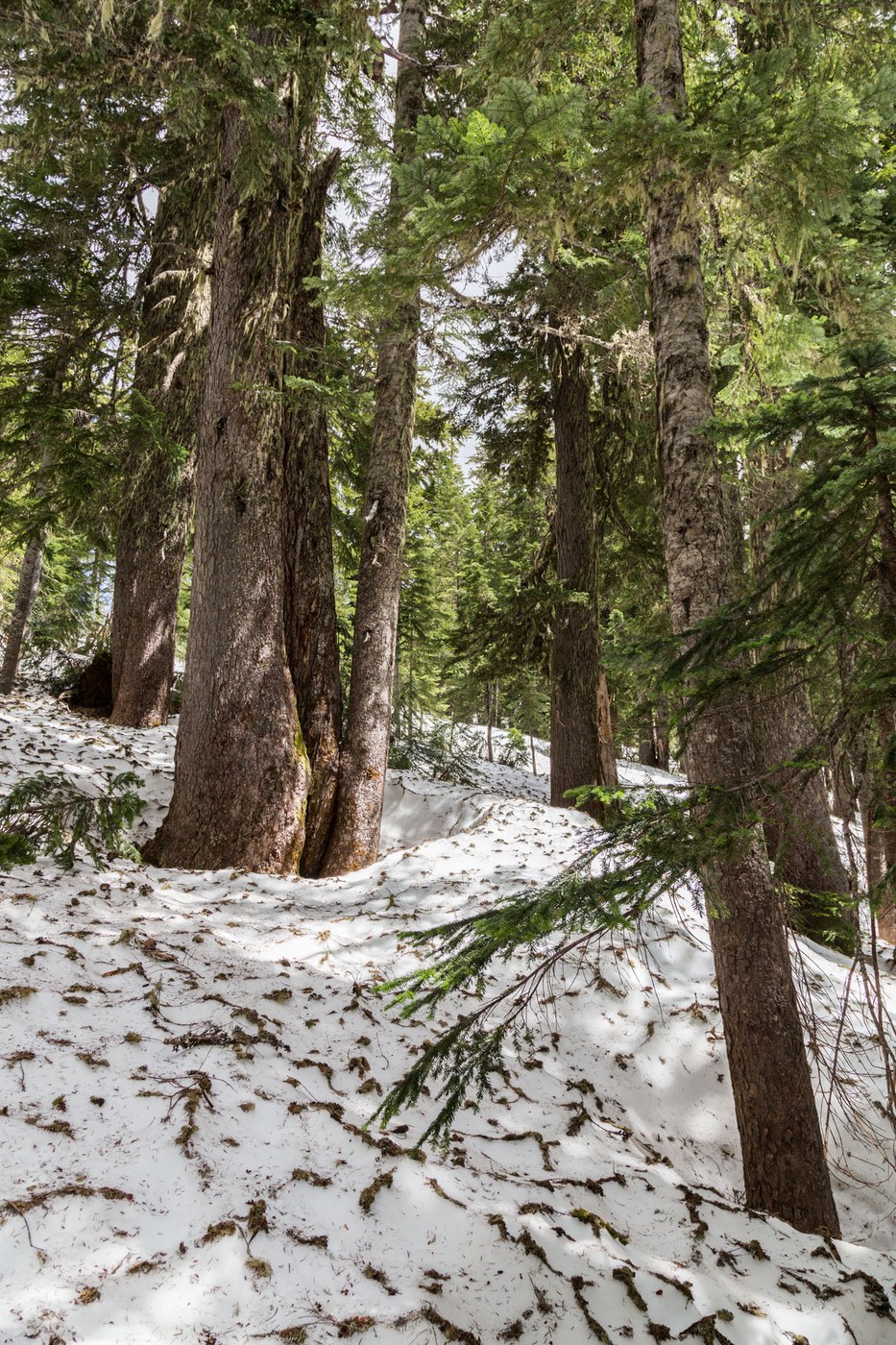 Lunch spot perched along the cliff. 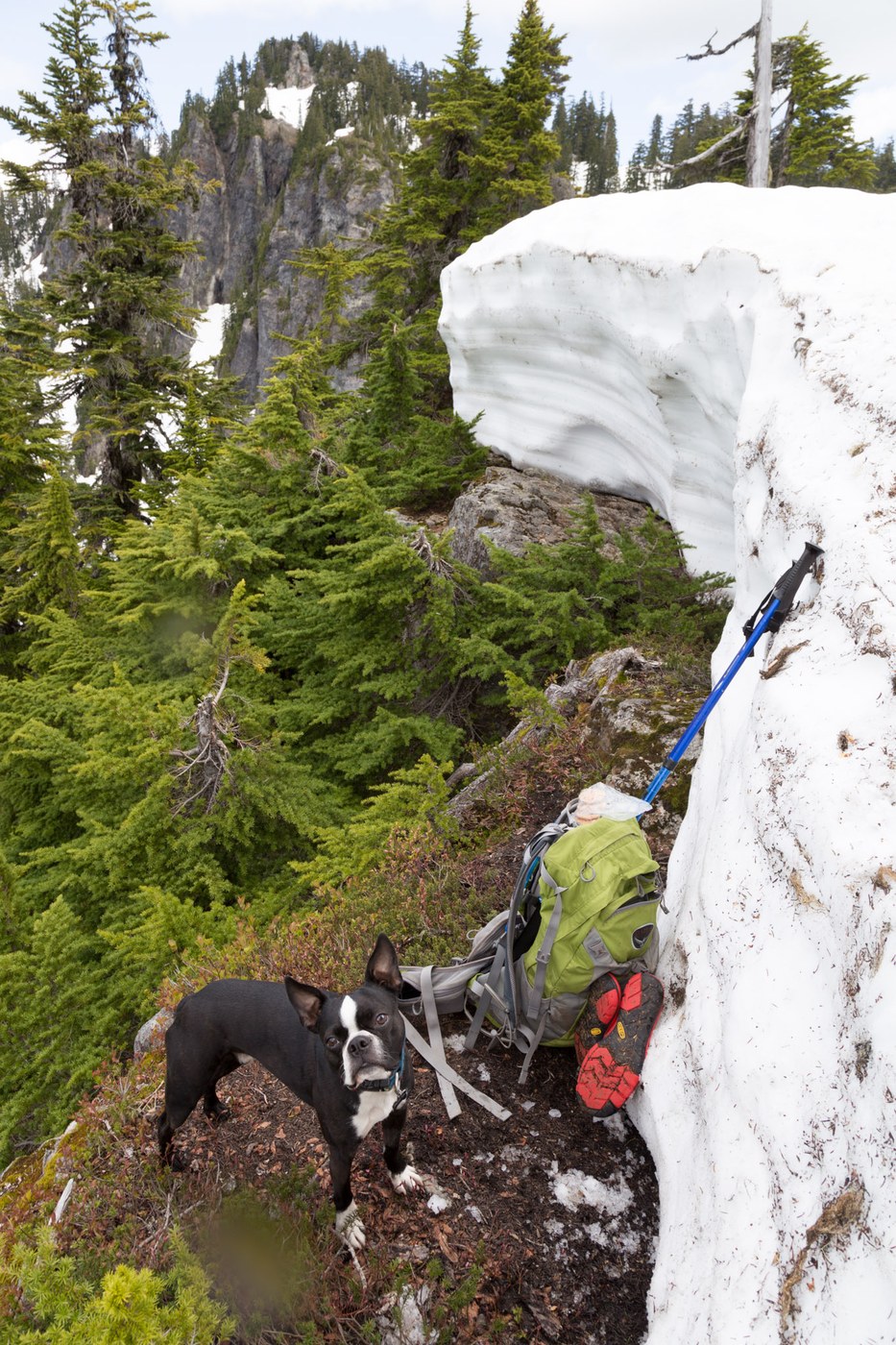