Here's where we lost the new trail, around 3.5 miles. Never found it after this point. 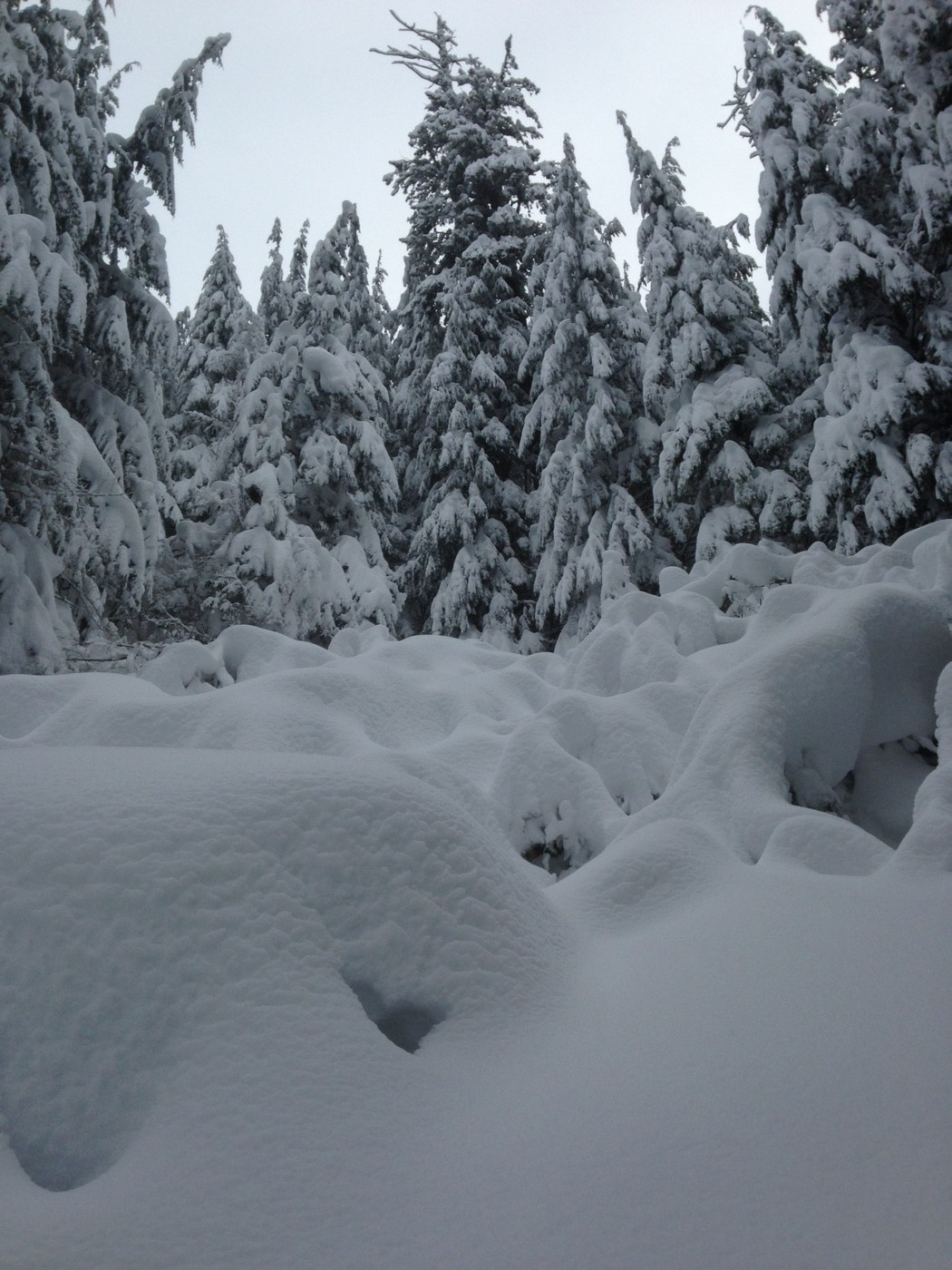 The best route to the summit of Mailbox in these conditions is the Old Trail. But we thought we'd give the New Trail a try. We needed micro spikes for the first 2.5 miles -- this was thanks to another party from a few days ago who put on snowshoes at about 2 miles and had stomped down the trail enough so we could delay the snowshoes. There were probably two dozen trees down across the trail in the first 3.5 miles. At about 3-3.5 miles, at the point in the trail when it crosses an open gully (see photo), the snow was about 4-5 feet deep and it appears that a massive blow down completely hid the trail. Other parties appear to have turned back at this point. We switched to showshoes and spent about 20 minutes trying to find the trail without luck. We trudged up through really deep snow for about 30 minutes, knowing that if we traversed south, we would eventually cross the old trail. Sure enough, after about 45-60 minutes of slow going in deep snow over steep terrain we met the old trail, not quite a mile from the summit. From there it was a direct climb to the summit. Essential gear: microspikes, snow shoes, poles, gators. It took us 4.5 hours to summit. We descended the old trail in about 1.5 hours.
Traversing south through deep snow to find the old trail. 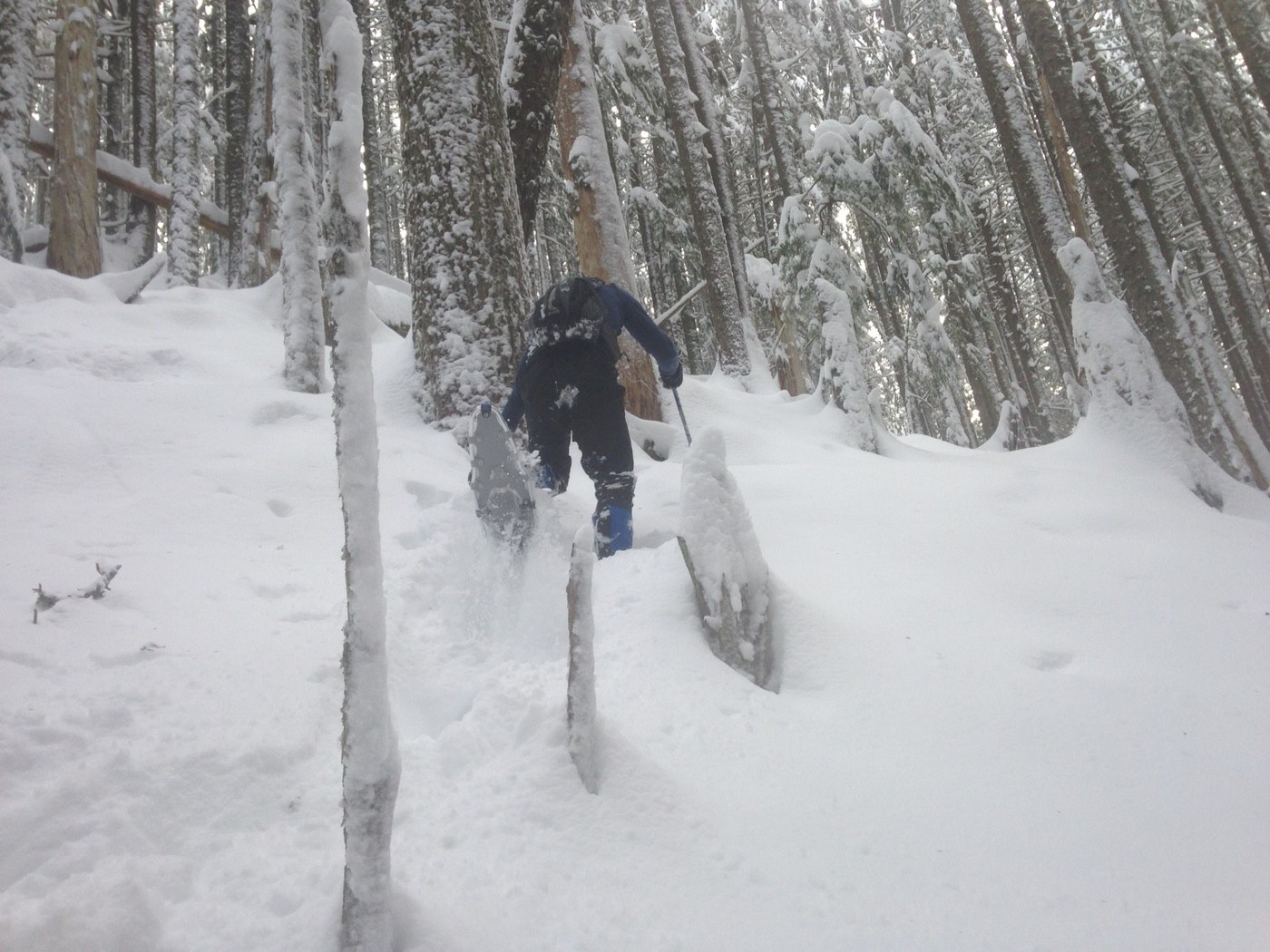 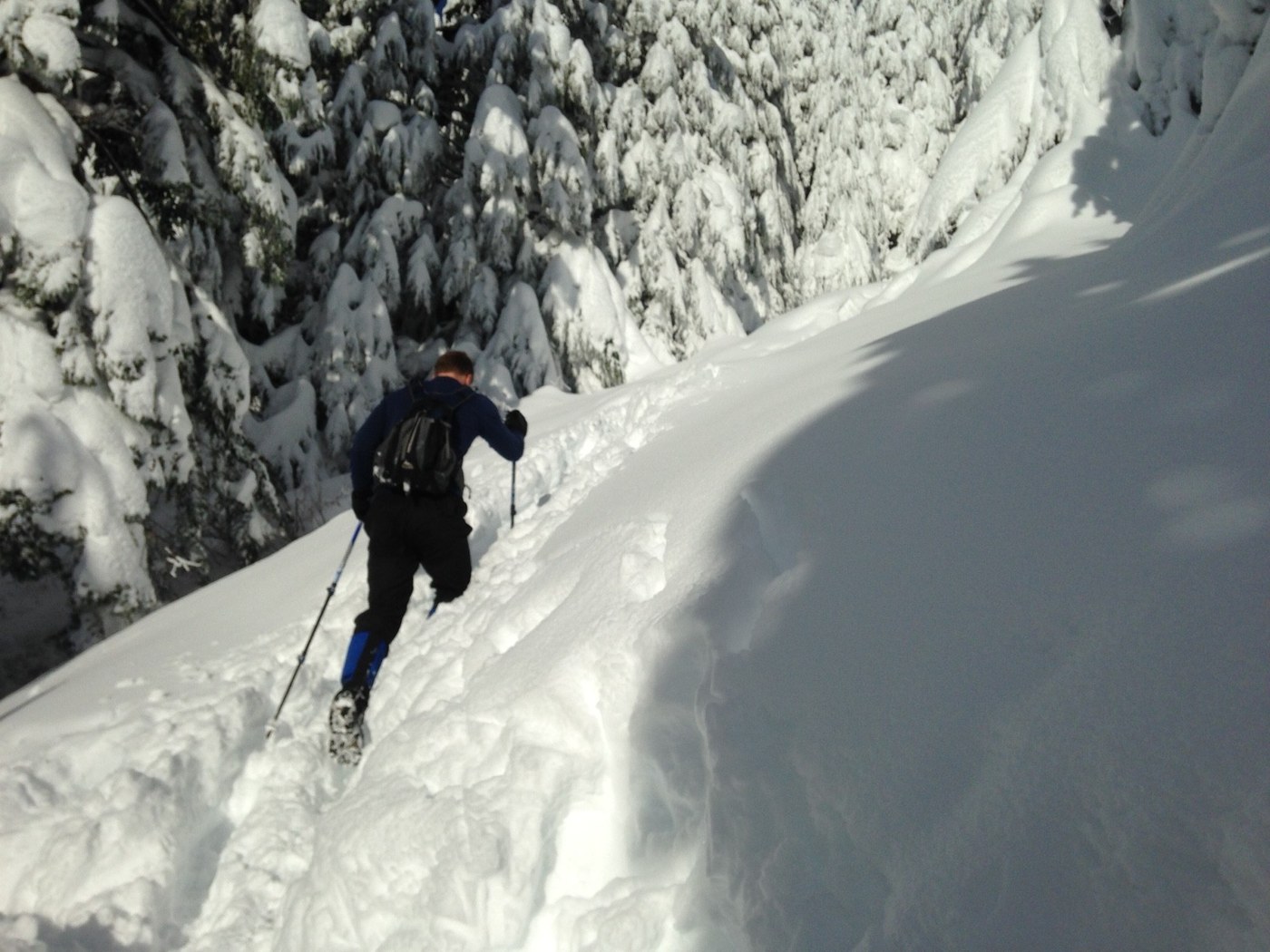 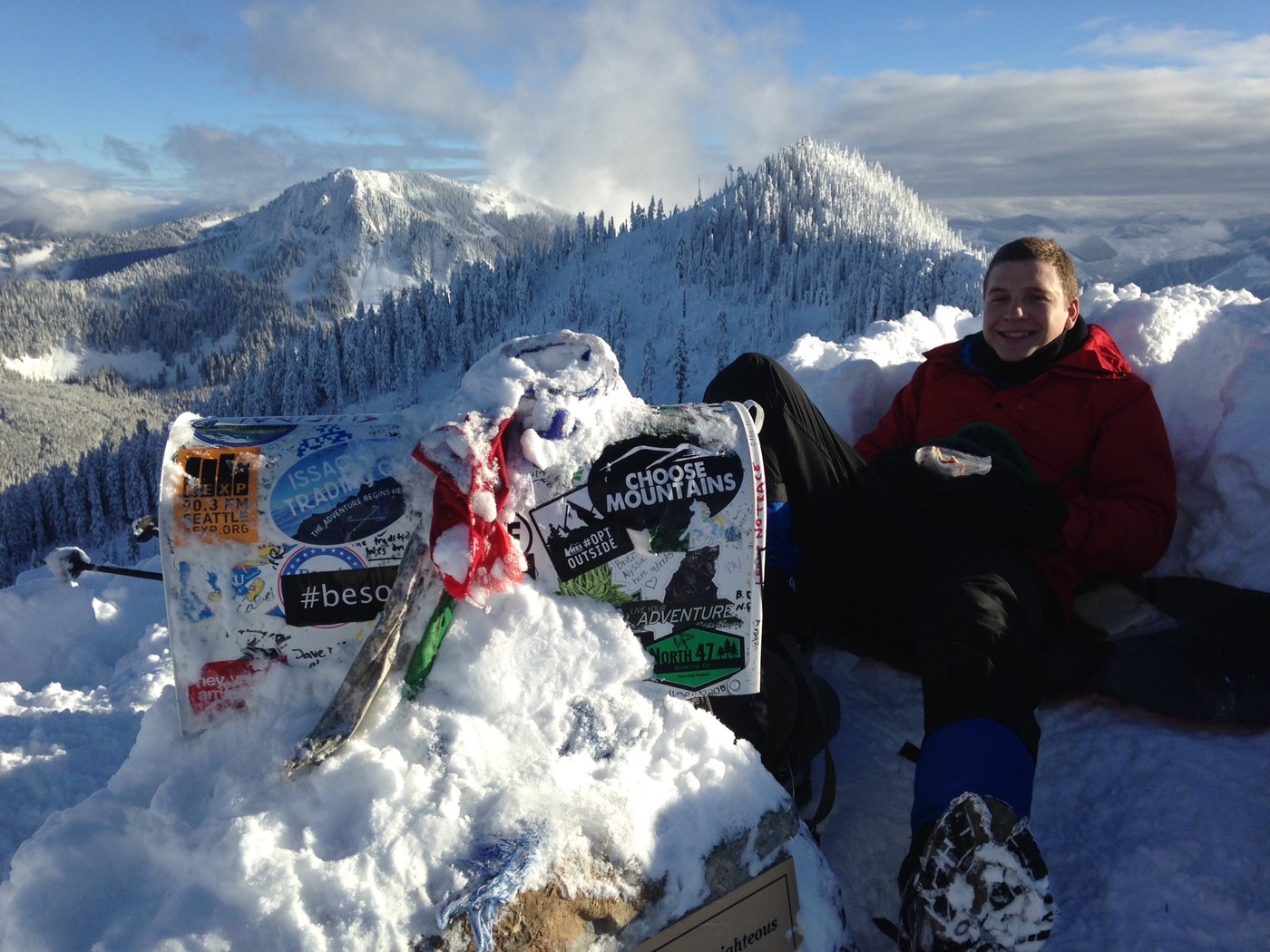 Hi There, Sounds like an epic trip. Was the road to Mailbox open on a weekday? It has typically been closed on weekdays...

Yes, the road was open on Tuesday 12/29 and as far as I know it is always open to the Mailbox Trailhead. However, the new road going further up the valley is closed during the week (I think) or whenever crews are working on it. The portion of the road to the MB trailhead is currently accessible with any 2-wheel drive vehicle, but that could change once we get more snow.

Would you recommend ascending from the old trail to begin with? Sounds like the new trail is hard to follow!

Yes, I'd recommend sticking with the old trail, especially with the new snow that's probably accumulated in the last day or so. I would only recommend the new trail if you have good navigating skills, good snowshoes and gators, and have lots of time. The snow was so deep and the terrain so steep that it was really slow going for us after we lost the trail and traversed south to the old trail. It was fun, but definitely a challenge! I'd love to hear what you decide to do. Let me know if you post a trip report. Brian