Print
Douglas Falls from the scenic overlook near the park entrance. 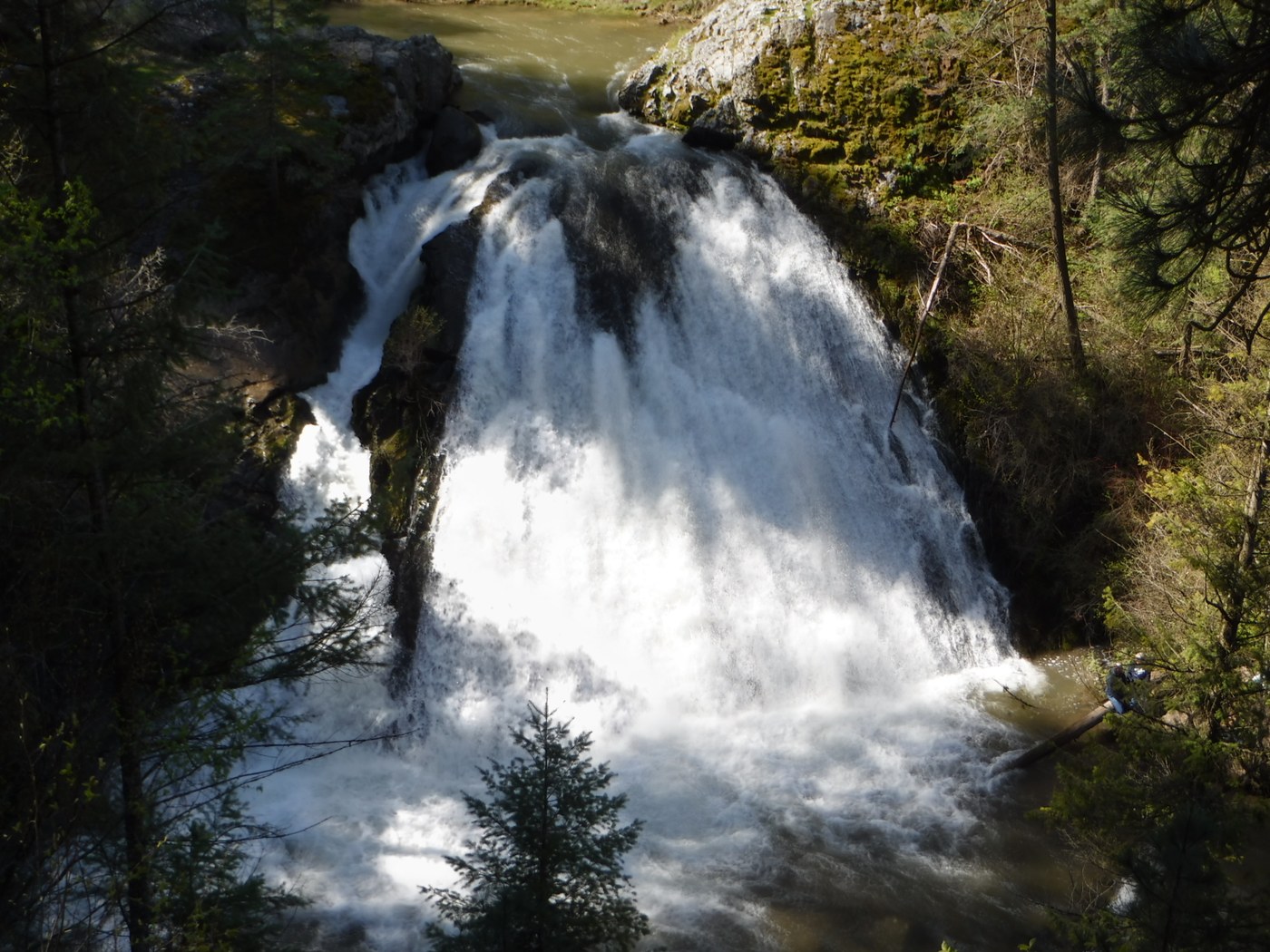 these trails in our Hiking Guide
I spotted this one on the map quite some time ago, but didn't have time to stop by to check it out until today. Well, I was actually on my way to something else entirely, until I became hopelessly lost and settled on this as my backup plan. It was a good backup! I parked in the day-use area and made my way to the Nature Loop Trail in a round-about fashion. The Nature Loop Trail by itself is probably only about a half-mile. I added in a walk all around both the picnic areas and the campground, which brought my total up to about 2 miles. To do the Nature Loop, cross on the bridge above the creek that goes to the picnic area. Look for the Nature Loop Trail sign. I found it best to hike the route counter-clockwise. The trail has several large trees down across it, including two big trees that uprooted next to the trail and took out a portion of the tread. I managed to climb up & over, but it took a big jump to continue. It wasn't an easy jump by any means, and I'm sure some hikers might find it too difficult. There is a way around it, but it's through a wet, swampy spot--not much of an improvement. There's also a sneaky spur-trail at the farthest point north on the loop while hiking counter-clockwise. This is where the loop begins to climb back to its starting point, and the spur continues near the creekside. I was tricked into believing it was part of the trail, but it soon becomes narrow & arrives at a barb-wire fence, so I assume this is the end of the property. I think it's just a bootleg trail in need of being blocked off so people don't get confused--so if you hike the loop counter-clockwise and come to what looks like an unmarked intersection, this is the point where the true loop starts climbing: stay left. At the end of my further explorations I discovered that the alternate way to do the Loop is to start from the other picnic area, on the same side of the creek as the park entrance and parking lot. There is a really neat suspended footbridge over the creek from this side. It's not close enough to the waterfall to see it from the bridge, unfortunately, but if hiking this way, just cross the bridge and turn right to hike the Loop counter-clockwise.
The start of the Loop Trail from near the picnic area. 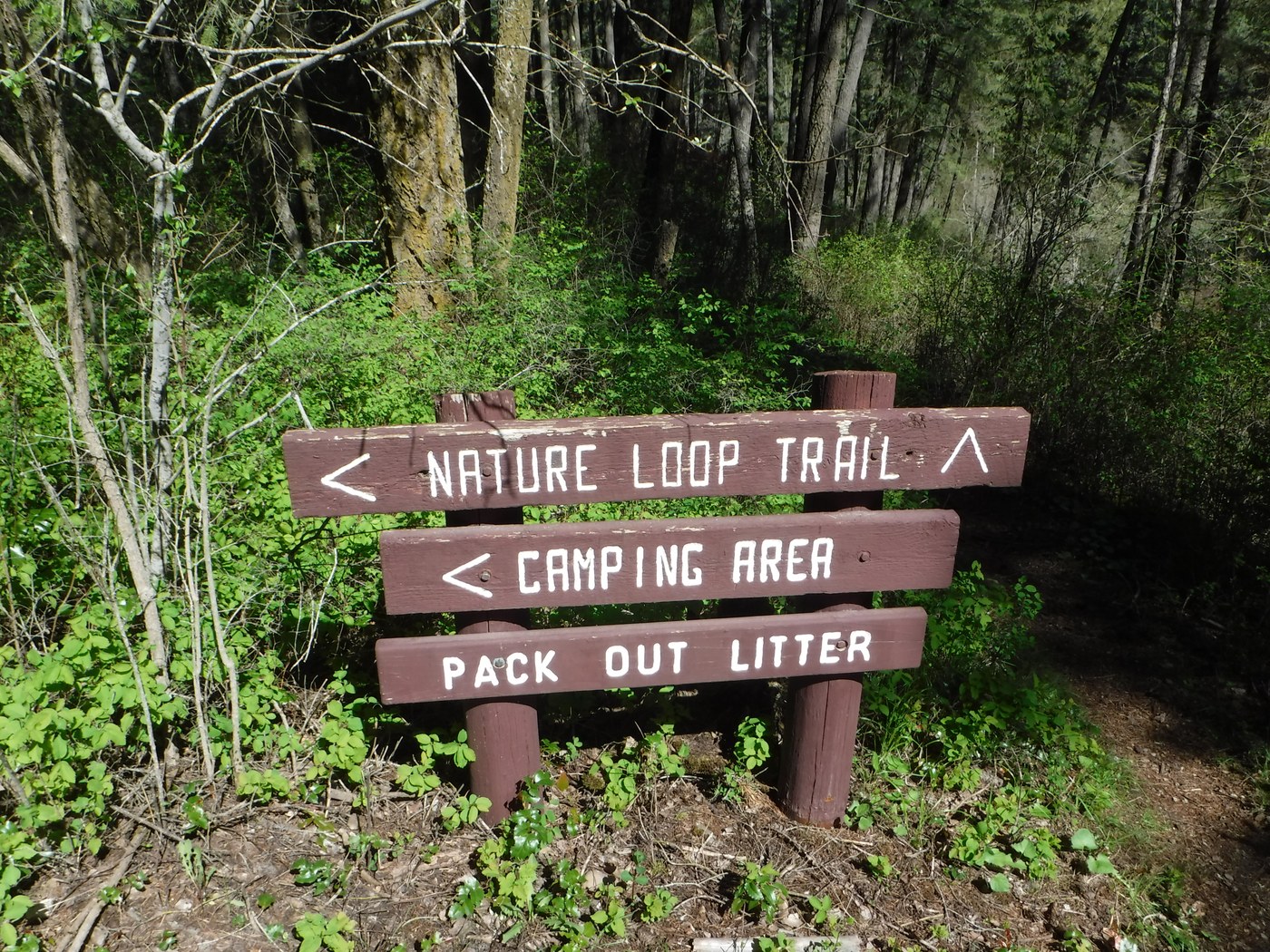 Cool suspension bridge over the creek. 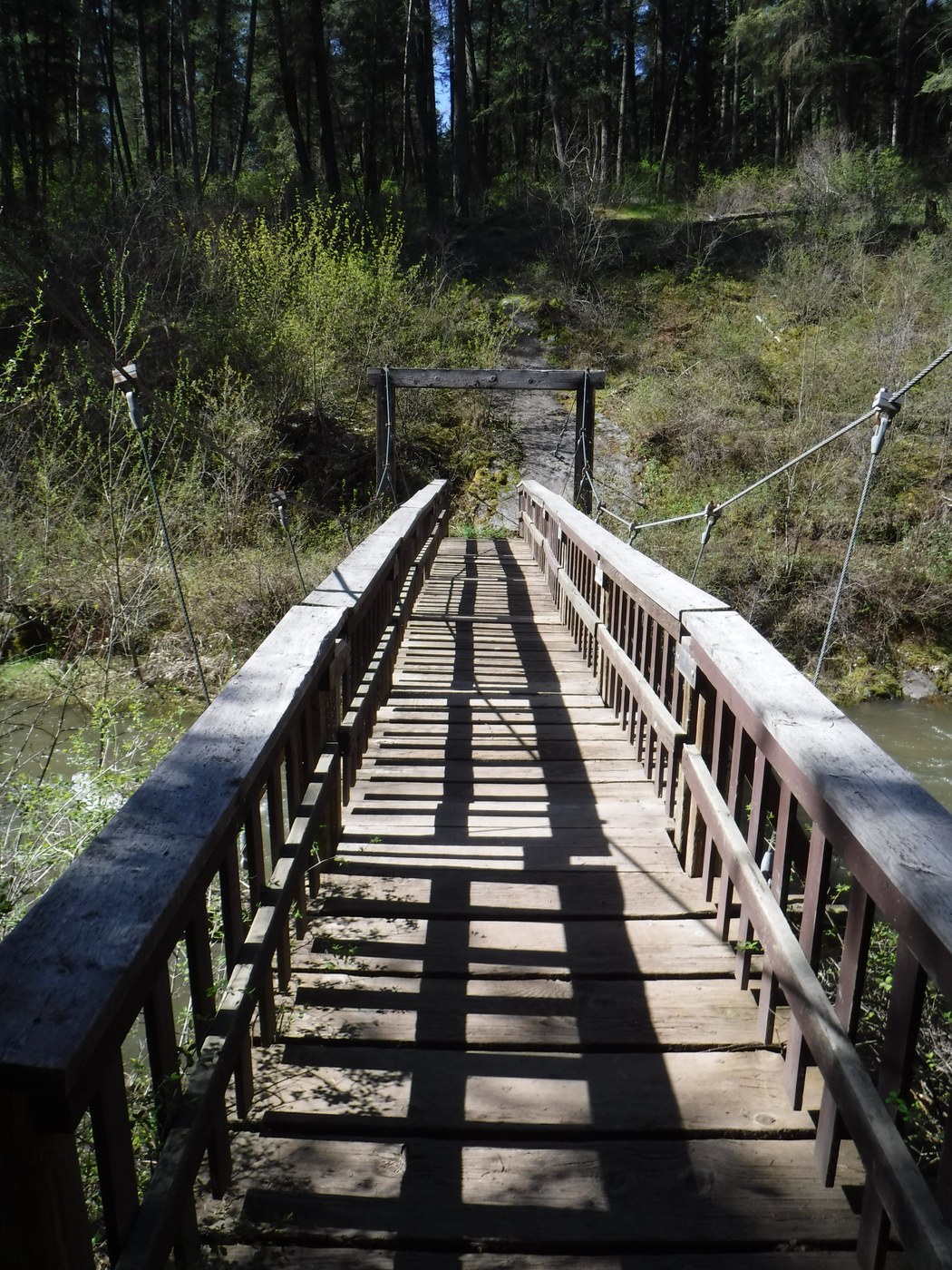 Tricky section near the suspension bridge: two trees down, and the second one is pretty high above the ground. It's quite the jump, and the alternative is muddy. 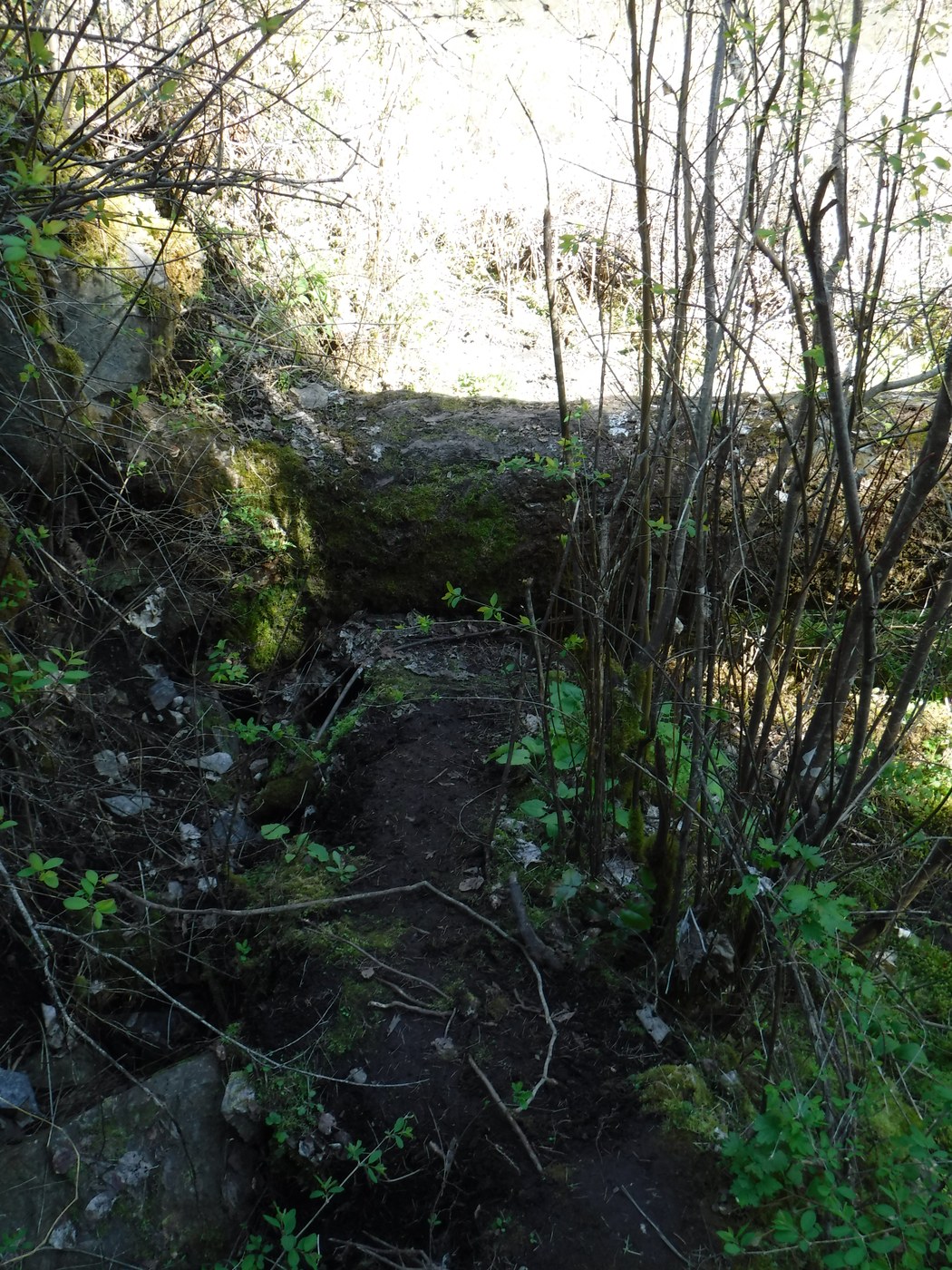