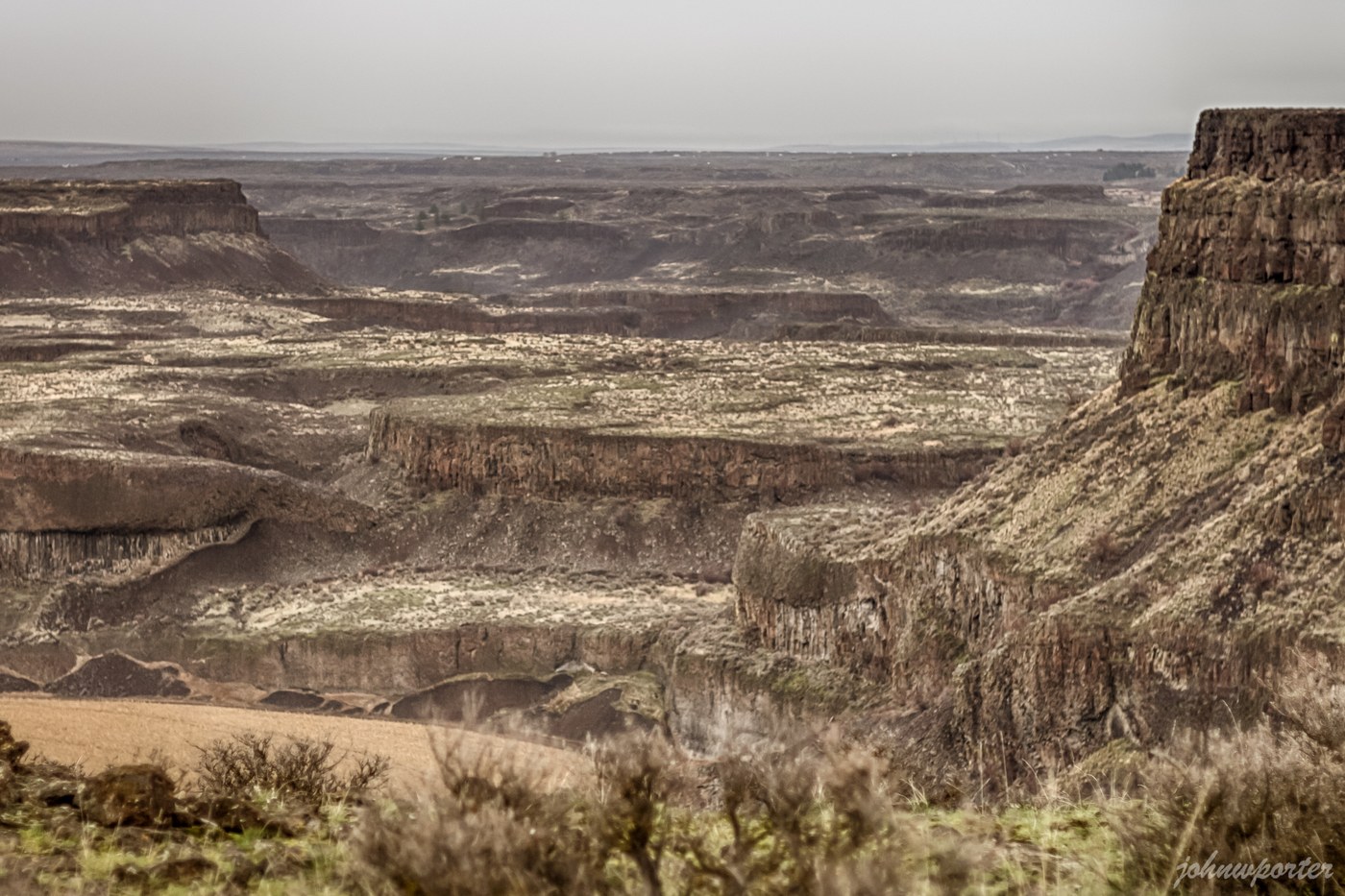 Visited the Three Devils Grade section of Moses Coulee. The coulee may be lesser known than Grand Coulee to its northeast, but it's still fairly long with lots open space to free roam, provided that the land is public. My original plan was to explore the rim north of where Palisades road turned into 24 NW Road above the crop circles. After driving through a spur road heading north, a truck unexpectedly showed up behind me. The passenger got out and proceeded to let me know I was on private land, aka trespassing. But he was nice enough to point me to the public area south of Palisades Road. Gotta do better research next time! Pups and I were the only ones at the gravel parking and we didn't have many hours left before sunset time. So after walking a shirt distance we found a spot to get up onto the rim and started working out way westerly. The views here weren't bad, but it didn't feel as open since views were partially blocked by the short plateau just on the northern side to see into the coulee. Interesting that the ice age floods started out moving southerly but then took a sharp turn here and headed west, before taking another sharp turn to head south again. Eventually we found a spot to descend the rim and we headed toward the aforementioned plateau to get a closer view of the main coulee. A couple of big crop circles could be seen at the bottom, as well as a dairy farm with hundreds of cows roaming around. At one point the mooing got increasingly louder, so intense that I was pretty convinced that there was some slaughtering going on. *sigh* We stayed until sunset time and then descended the plateau on its east. I wouldn't advise anyone to descend that way with dogs since it's generally cliffy. Luckily I found a break in the basalt columns with a few big steps to down climb before getting onto the steep talus slopes.