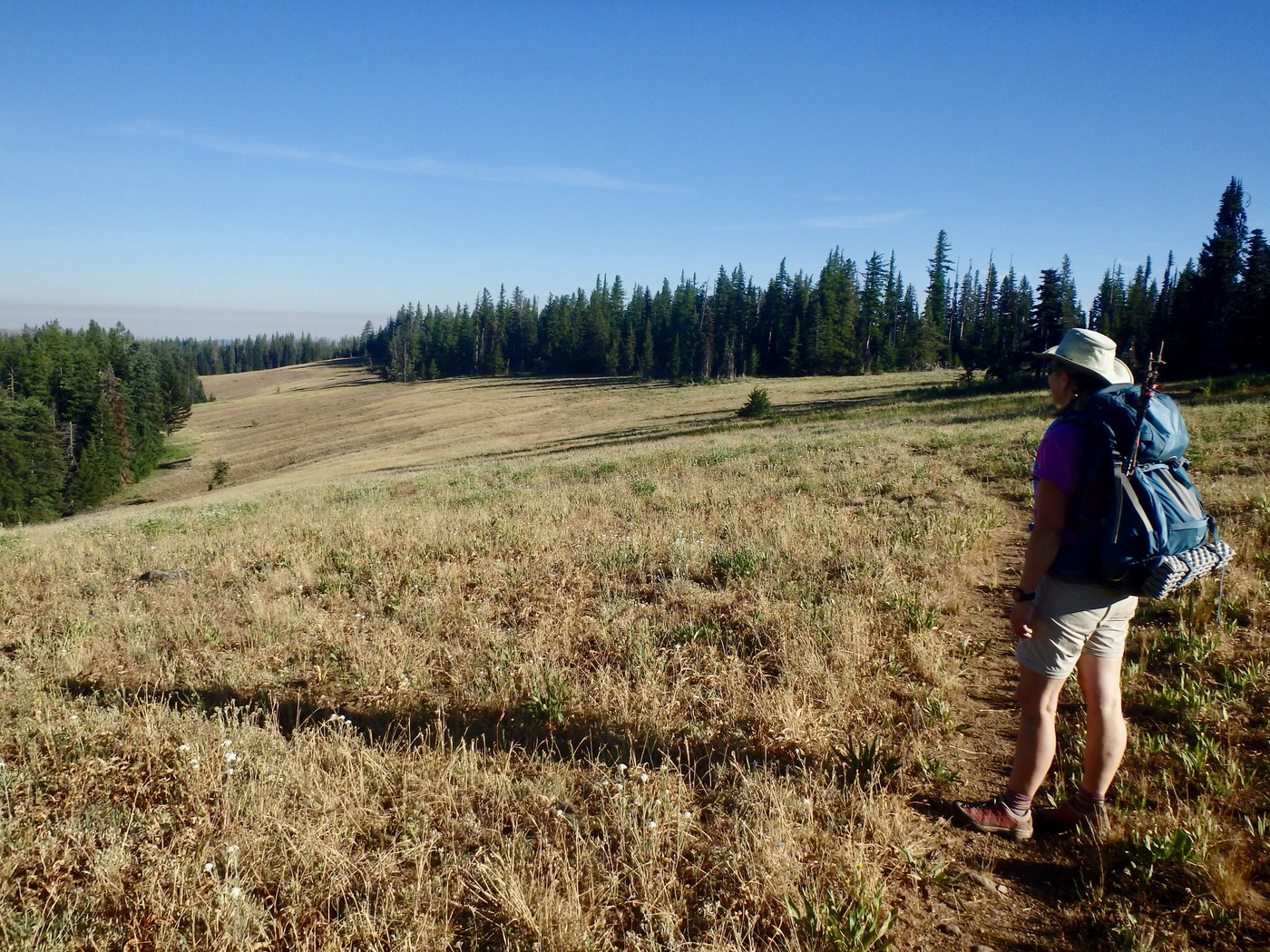 First a disclaimer. We only did a portion of the LOOP hike. We started at the Diamond Peak trail head and hiked west to Oregon Butte. We then returned the way we had come.

Misery. The Merriam-Webster dictionary defines this as a state of suffering or a circumstance, thing, or place which causes suffering. Eastern WA in the middle of the summer certainly has the potential for this and more. Infernal heat, bugs, scratchy shrubs, scorching  sun, and the potential for little water. Never mind that for this city slicker eastern WA is horse country and we all know what that means, horse biscuits all over the trail. However, as is often the case, as my mantra frequently tells me,“anticipation is worse than reality”.

The anticipation of a trail named the Misery Mountain Trail never quite lived up to the hype in my mind. The trail head is at a high elevation which was quite a drive but provided us with quick access to Wilderness. We also had no good information on water availability (the Forest Service is notoriously reticent to give any details). We did not however have any problems with water availability. Our three day hike was largely alone as we saw perhaps a dozen folks and most of those were at Oregon Butte at their busiest time of the day.

Temperatures in the Blues can be hot. Although at around 6000' they are considerably cooler than the valley temperatures which is what one usually sees on the news. We didn't hit the trail until 230 on day one. The first half dozen miles rambles more up than down but never really gains much. The forest is dry but with surprising variety. The first couple of 'springs' noted on the maps didn't materialize. However, just as we were starting to be concerned, we found excellent water in a year round spring. As with many springs in the area it has been improved for stock. Be sure to filter or sterilize before drinking.

At around 6 miles we found another water source and a meadow with late afternoon sun. Hanging our hammocks, sipping beer, and reading books was the logical choice.

Our goal for day two was the Oregon Butte fire lookout. Built in 1931, this lookout is still staffed in the summers. This lookout is more easily accessed from the Teepee trail head so you are likely to encounter day hikers coming from the other direction. The lookout it classic. A wonderful staff member loves to talk all about it and all the you can see.

Our ramble back to camp made for about 16 miles that day. The mileages on the forest services' maps don't quite match that of my GPS(s). Clover Spring had a particularly nice wooden trough and the camp at the intersection with the Crooked Creek Trail was nicely hidden in the trees. It also has good water.

The flowers were about two weeks passed but some persisted to entertain us. The trail is well graded. It never gains much elevation but rather it climbs and dips along the ridge line. The views to the south, towards Oregon and the Grand Ronde river watershed are rugged and spectacular.

On our return we were able to find the faint side trail to the former fire lookout location and currently what is considered to be the high point of Garfield County, WA, Diamond Peak. The views were great there too!

For peakbaggers there is much to visit here. In one day you can visit three standing fire lookouts, as well as three county high points. 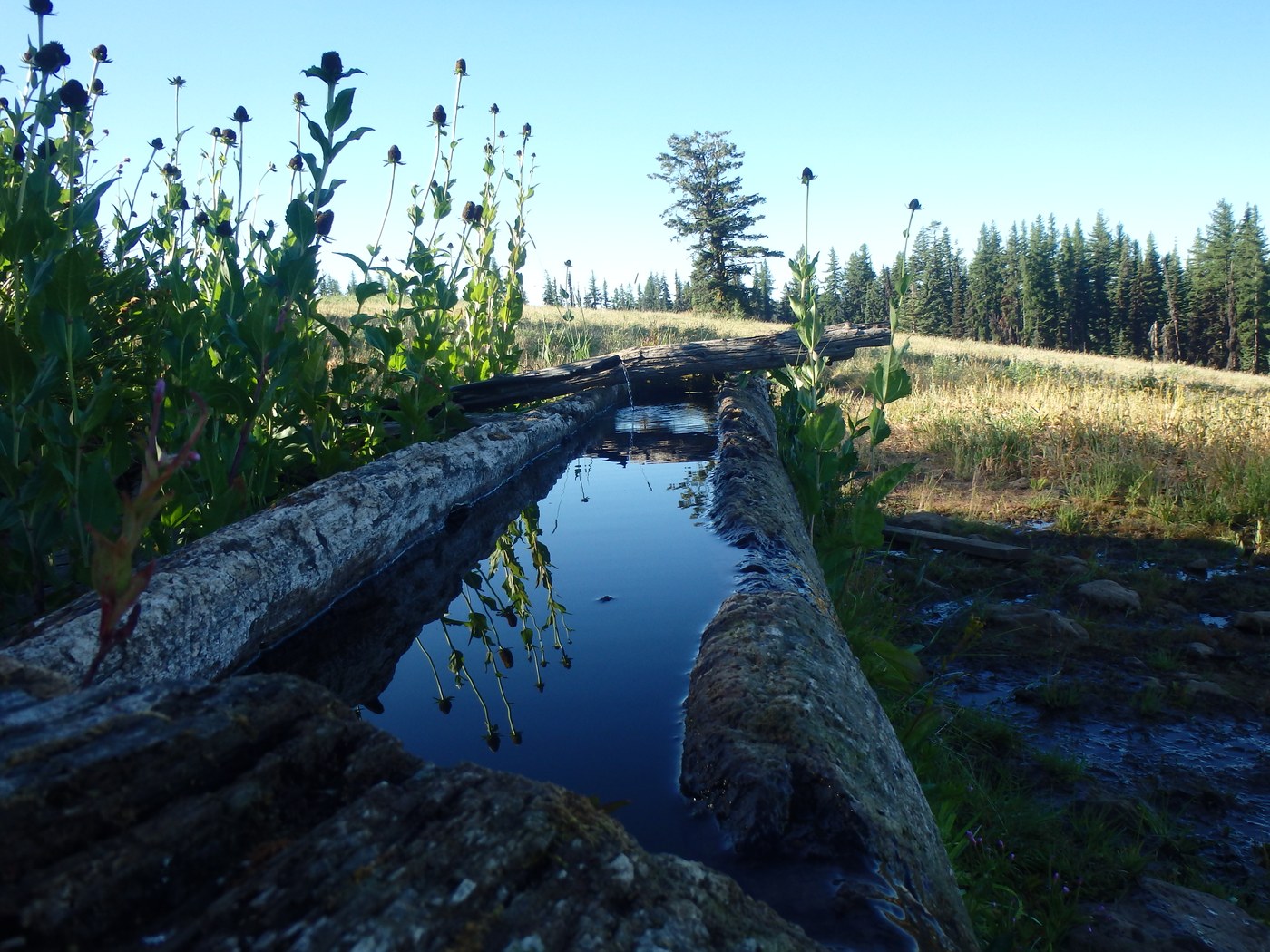 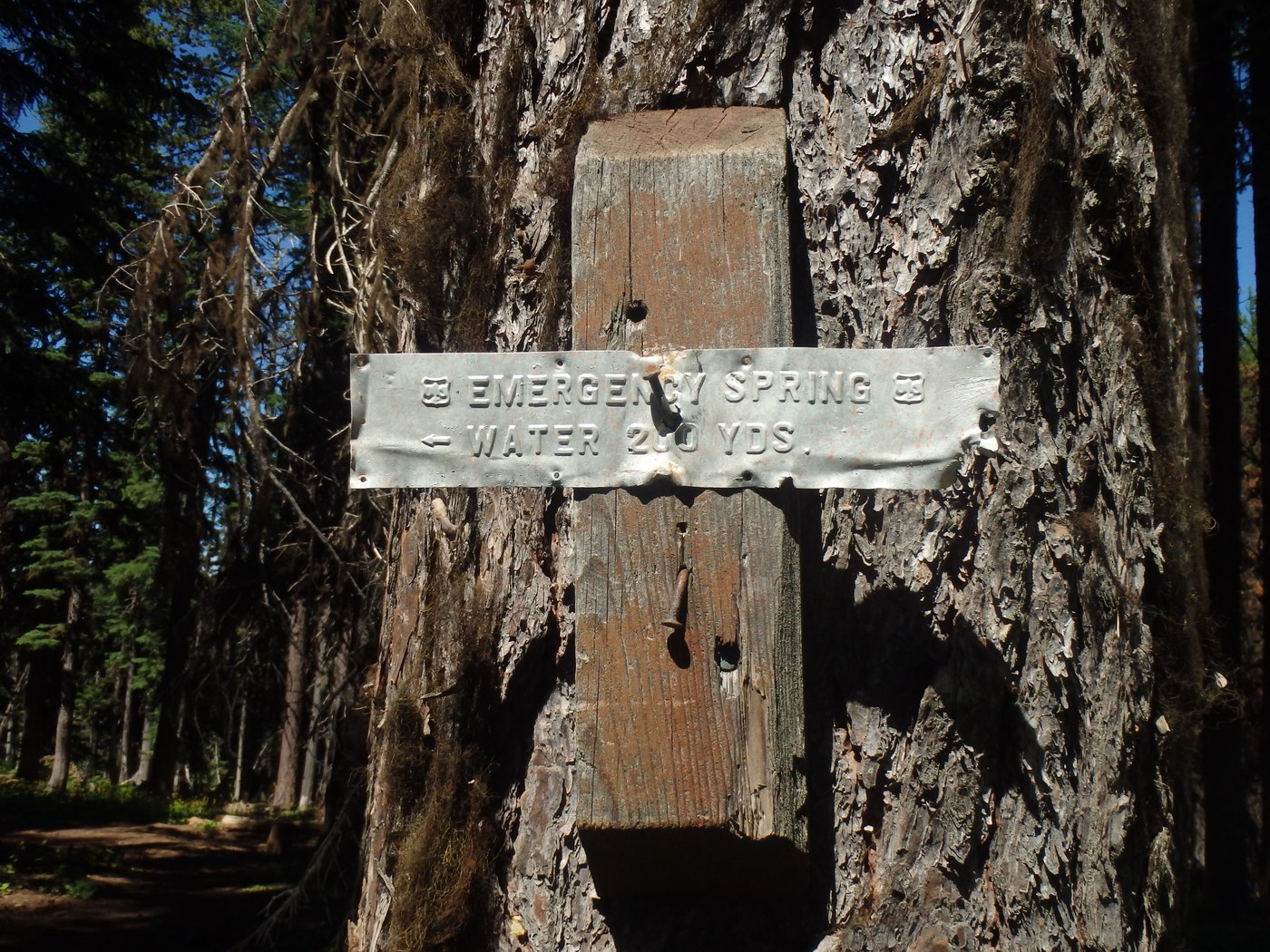 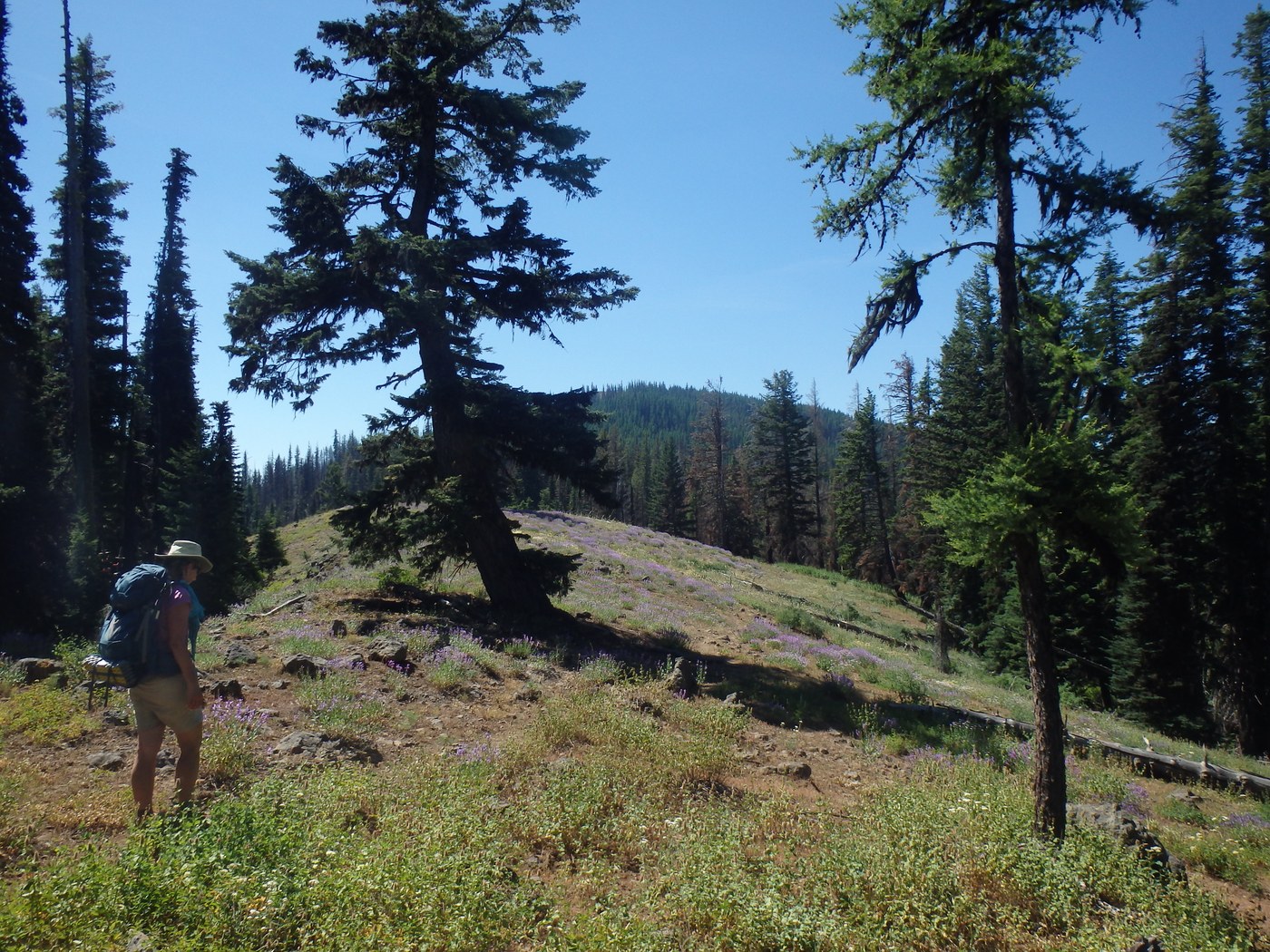