I began at the Smithbrook trail head which junctions with the PCT at Union Gap. There was a light mist when I started but that ended after about ten minutes and off came the rain jacket. The blue berry bushes are past their prime, most of them have now shed their leaves but there were still enough that they provided some color along the trail. The meadow at the junction of the PCT and Mount McCausland was still vibrant with gold grasses and berry leaves. Part way down the descent to the lake I met PCT through hiker "city girl"  from Munich, Germany on her way to Stehekin for her end point.

Once at the lake the sun and clouds alternated and provided dramatic light on Lichtenberg Mountain and the lake. On the way back I stopped at the wide meadow along the PCT where the trail breaks off to the lake to take in the colors and stream that flows into the lake.

The trail is in good condition and dryer that usual, no mud today. There was a tree down just a few minutes up from the trail head which already has a well worn path around it and another tree on the section that drops down to the lake. It can be stepped through between two broken parts of the trunk. 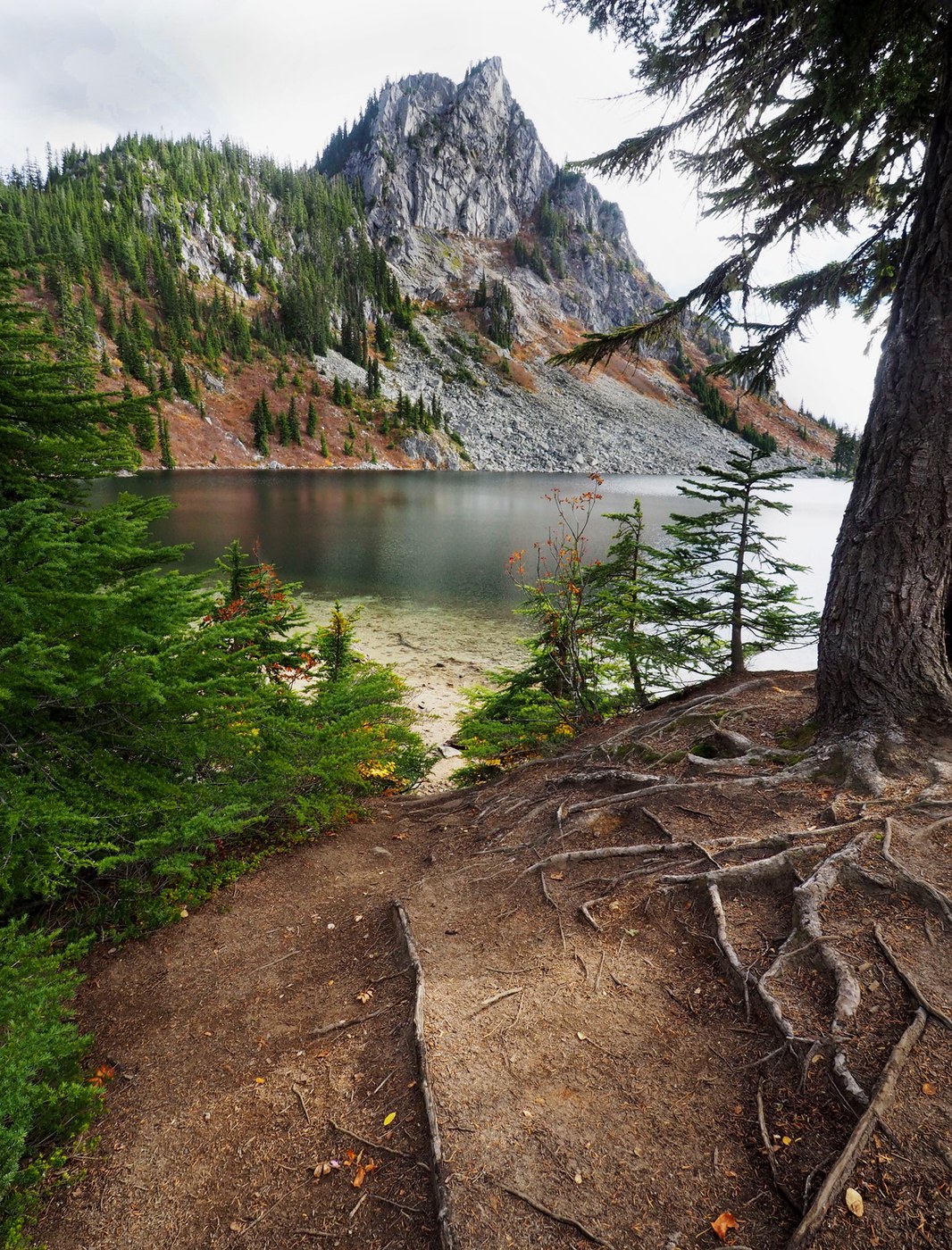 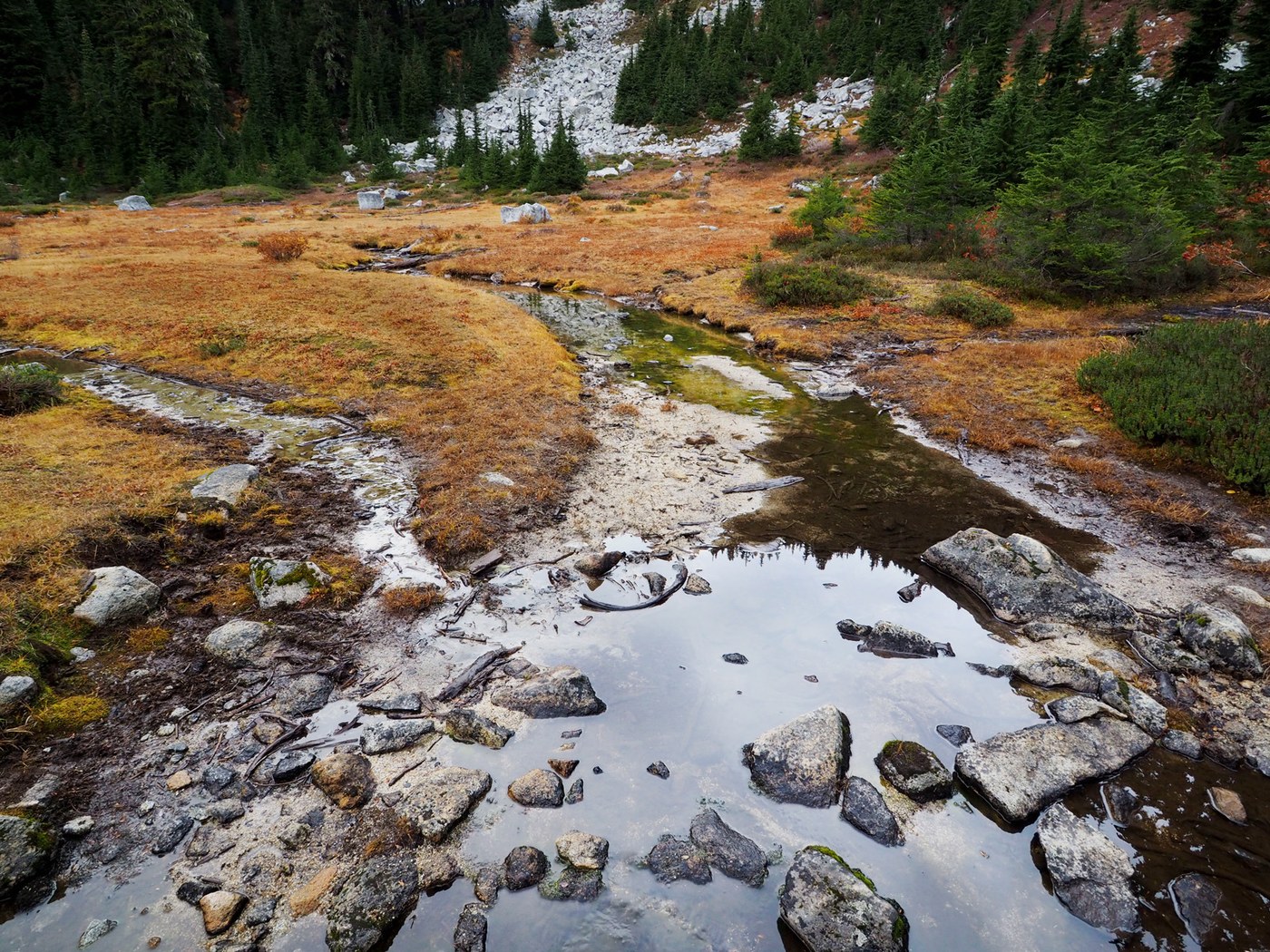 Meadow at junction of PCT and Mount McCausland trail. photo by j brink 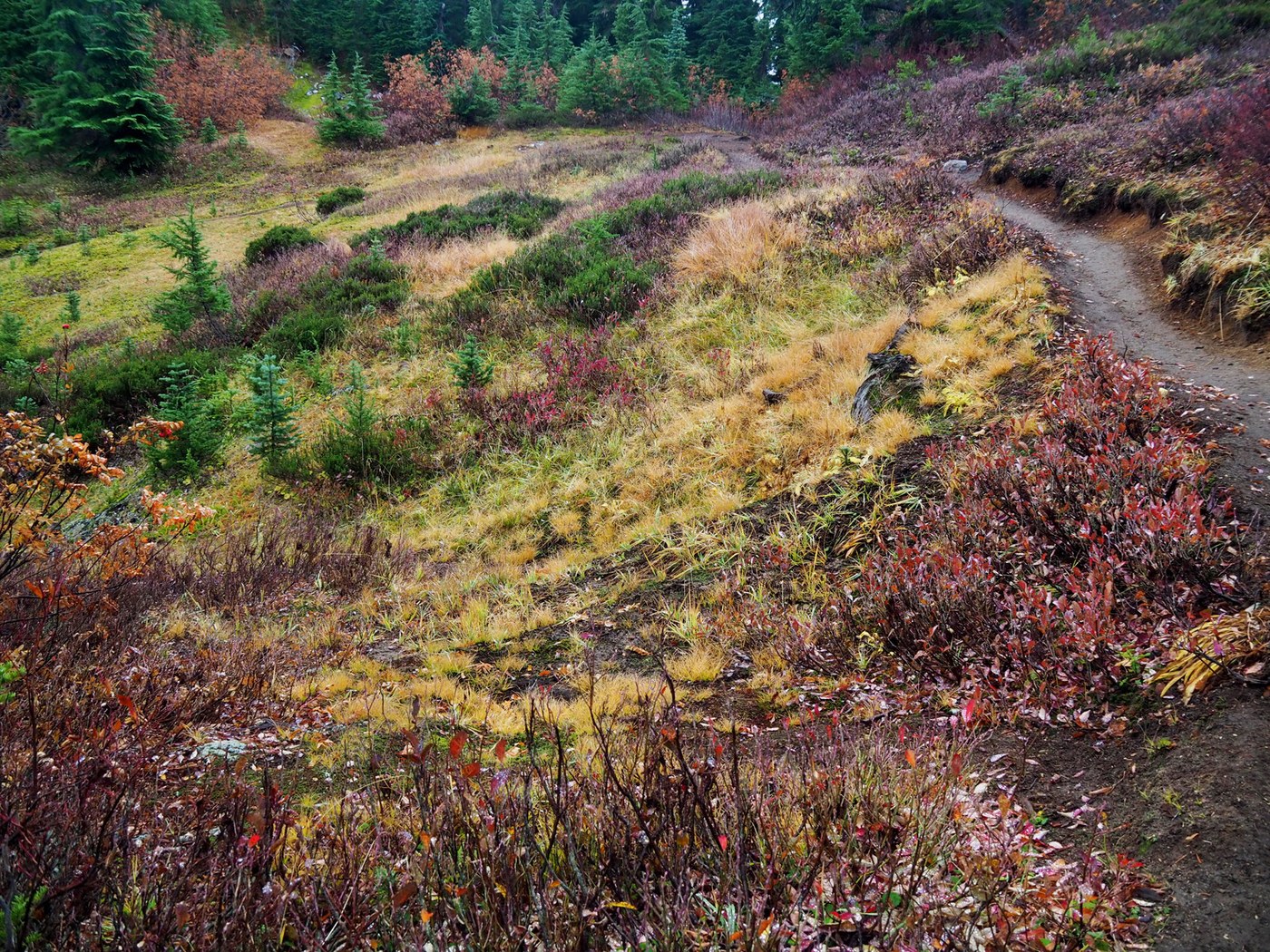 Very nice photos. I like your compositions with the detail in the foreground. I have done this hike a couple years ago and your photos inspire me to do it again. Thanks

Thanks for your comment. Indeed it is a great hike, one of my favorites.

Hello, I am trying to help Snohomish County SAR locate Katharina Groene. Could you please provide the date you talked to her, and the approximate time? Also, did she say anything about where she was intending to camp that night?
Thank you!

I talked to her at about 11:25 AM about two hundred yards on the PCT northeast of the lake. She said she was not planning to go to the border but to go to Stehekin and then Chelan. She had spent the previous night at Stevens Pass. When I was at Lake Valhalla I talked to two women who had talked to her after I had. We agreed that she was very chatty and in good spirits but said she was getting tired. She expected to be done with the PCT within ten days.

Just to follow up; "City Girl" was evacuated via helicopter from near Mica Lake on the PCT by Snohomish SAR. Your mention of her in your report was instrumental in this happening. Read all about it on nwhikers.net.

Thanks a bunch for the update. Since I read the comment by "nancyann" I worried about what may have happened to "citygirl". After reading the comments in NWhikers I am joining the group.