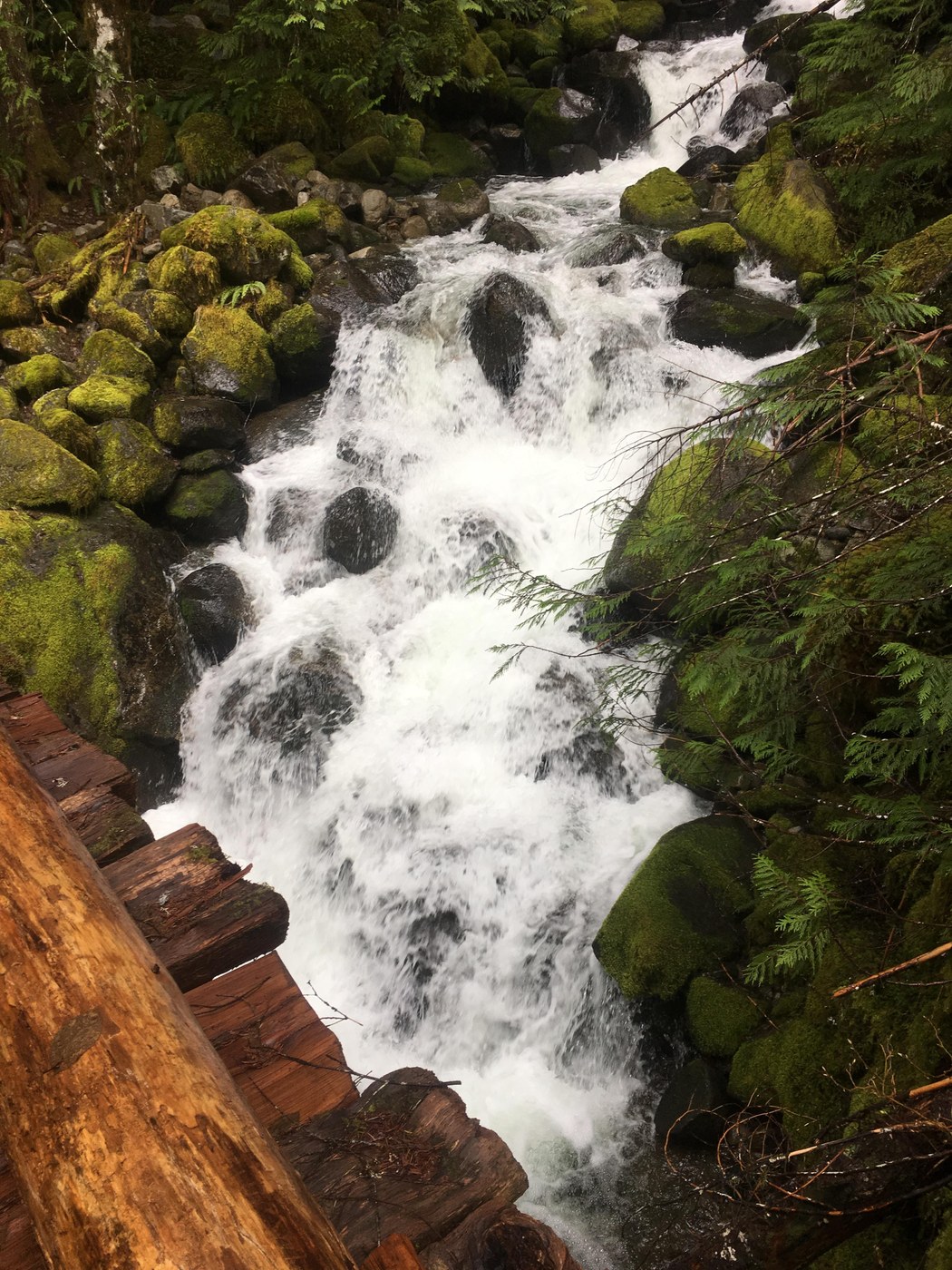 I went in hope of maybe a little snowshoeing up the East Fork Foss but the fact it was snow free to the trail head told me that my snowshoes would be staying in the car. (I made just shy of the West Fork Foss River trail head in my 2-wheel drive for fun but the snow near the end was pretty rutted and sloppy so I turned back).

I was not disappointed, however, as my hike was a lovely quiet wander in the woods, making it to the 5 mile log bridge that crosses the East Fork Foss River before turning around.  The weather had promised some sun but the clouds pretty much just spit on me the whole day. Rain jacket on, rain jacket off.  Repeat.  All the forest greenery was rinsed clean and shiny for me, though.

After the first campsite, I reached the large constructed bridge at just under a mile into the trail.  Not surprisingly, Burn Creek was rushing underneath in hurry for the Foss River from all winter's melt.

For the most part, the first 3.5 miles of the trail were fairly bare and wet, plenty of streams running across and down the tread.  A few patches of snow were not much to step through and I stayed fairly dry with my gaiters/trailrunners on.  There were a couple of downed trees but nothing major that couldn't be stepped over.

However, about where I stopped and had a nice chat with Sir Hikes-A-Lot as he was heading back down the trail, the trail conditions changed for the next 1.5 miles to the river crossing.  Let's just say it was one part bare trail, one part lake on trail and two parts postholing through a snowcone.  My favorite kind of trail.

The worst part was the snow on top of all the puncheons that run over this boggy trail where I could tell a few planks were missing or sunken. It's one thing to punch through snow and another to also go through a puncheon.  It slowed me down a bit!  I will say that although there was plenty of snow, it was not anything worth hauling snowshoes in for.  There was too much bare trail in between the snowy sections.

Sir Hikes-A-Lot of course had warned me but well, I had my mind set on reaching the 5 mile mark.  Anyone nursing a knee injury would be wise to turn around at 3.5 miles. A fantastic river stroll for the whole family.  The views are open here and you can see the snowy peaks rising above.  Another few weeks should see most of the snow on the trail melted off. But if you go now, you can use my postholes.  You are welcome.

Luckily, the slide alder and devils's club bent over the trail was not horrible and I put my spikes for the two log bridges at 4.5 and 5 miles.  I have this thing about slick logs. Ask my right shoulder.

Lunch was lovely at the East Fork Foss River crossing and the campsite just before sure clearly sees a lot of action.  In fact, I'm not entirely sure I would want to stay at any of the campsites along the first 5 miles (except the first one) because of all the evidence of avalanche activity off the ridge to the northeast.  It was obvious so much of that trail has been repaired from slide after slide.

The clouds did briefly part while I was enjoying my vittles and I could see the beginning of the Alpine Lakes Wilderness peaks rising above with a recent dusting of snow.  I gave a brief thought to continuing a bit further (oh, the call) but opted to save it for another day.  From here I imagine snowshoes might be worth it for any ascent into the lakes above as there will not be a (compacted) trail to follow. 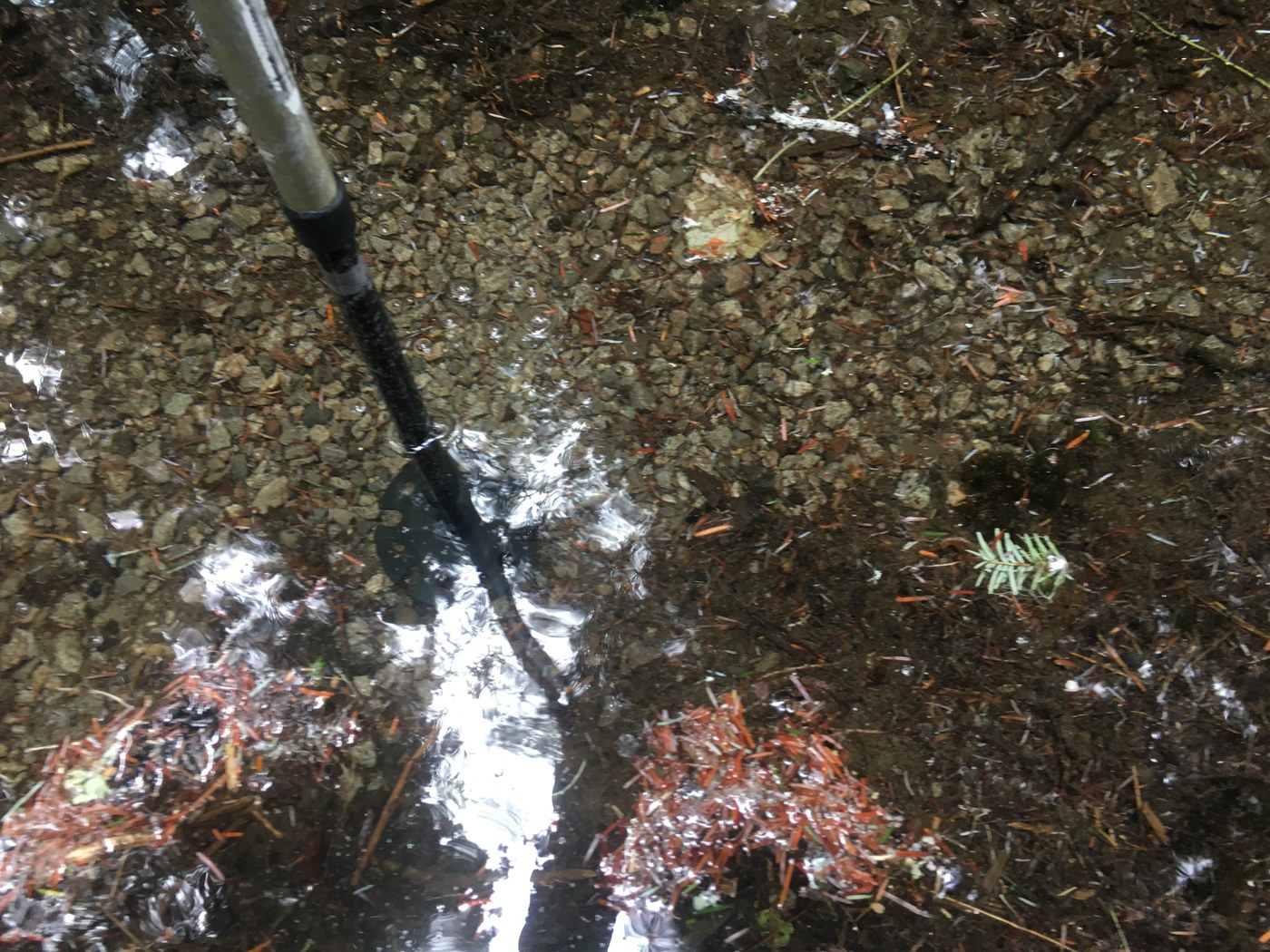 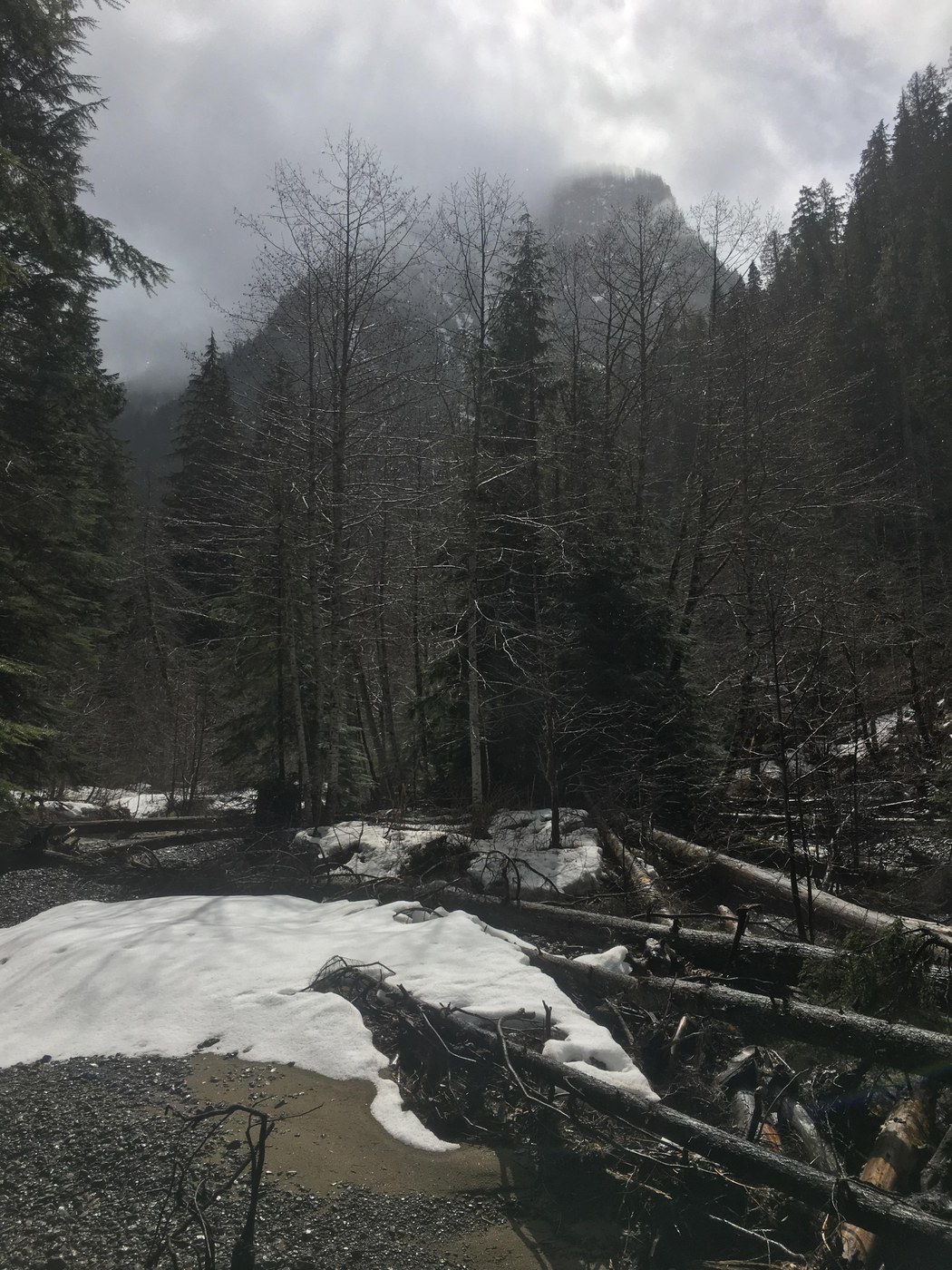 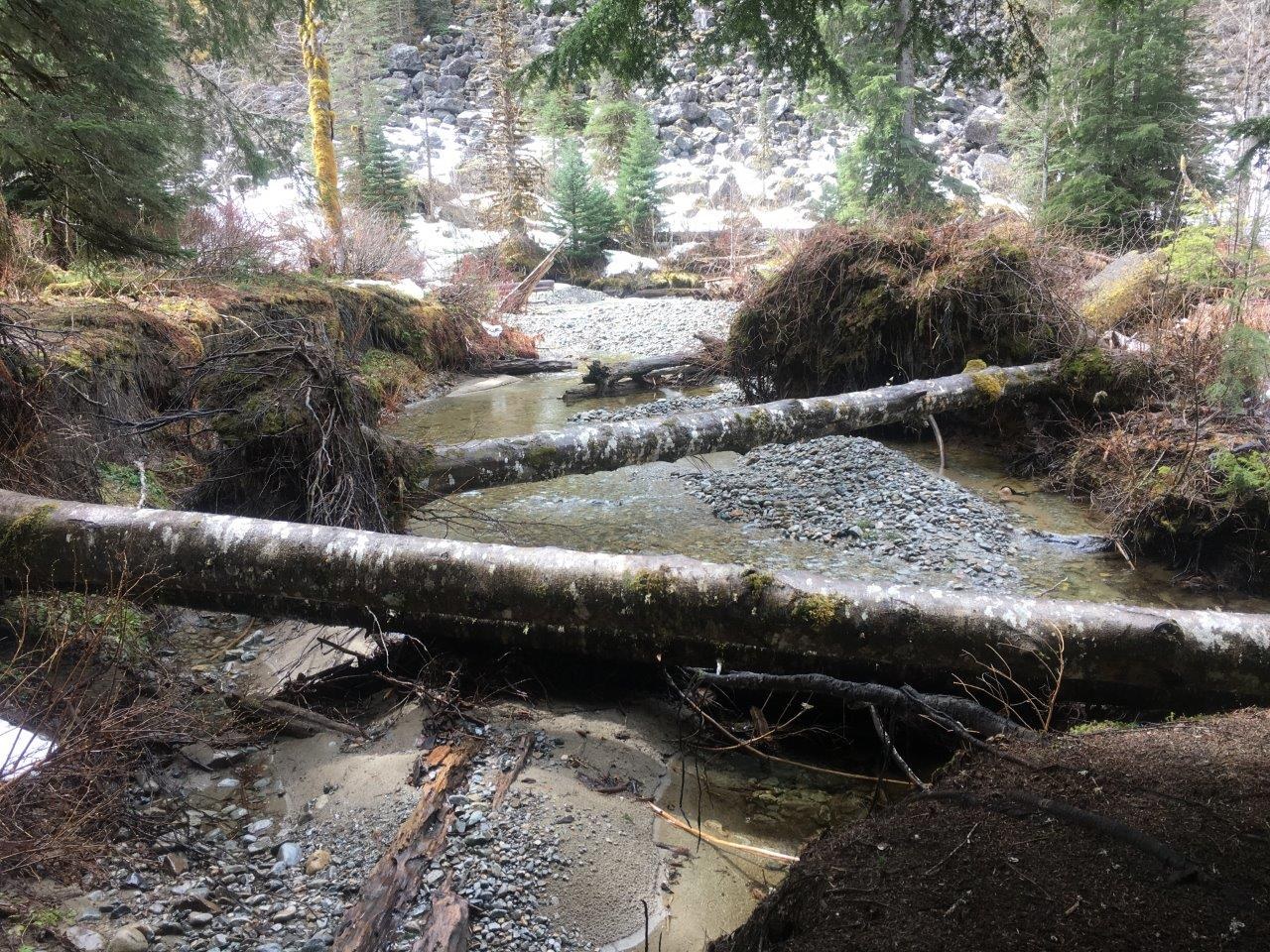 It was great to meet and chat with you, Snuffy! : )

Must Hike Must Eat on East Fork Foss - Necklace Valley

It was super nice to meet and talk with you, too! Hopefully we'll run into each other again on the trail. :)