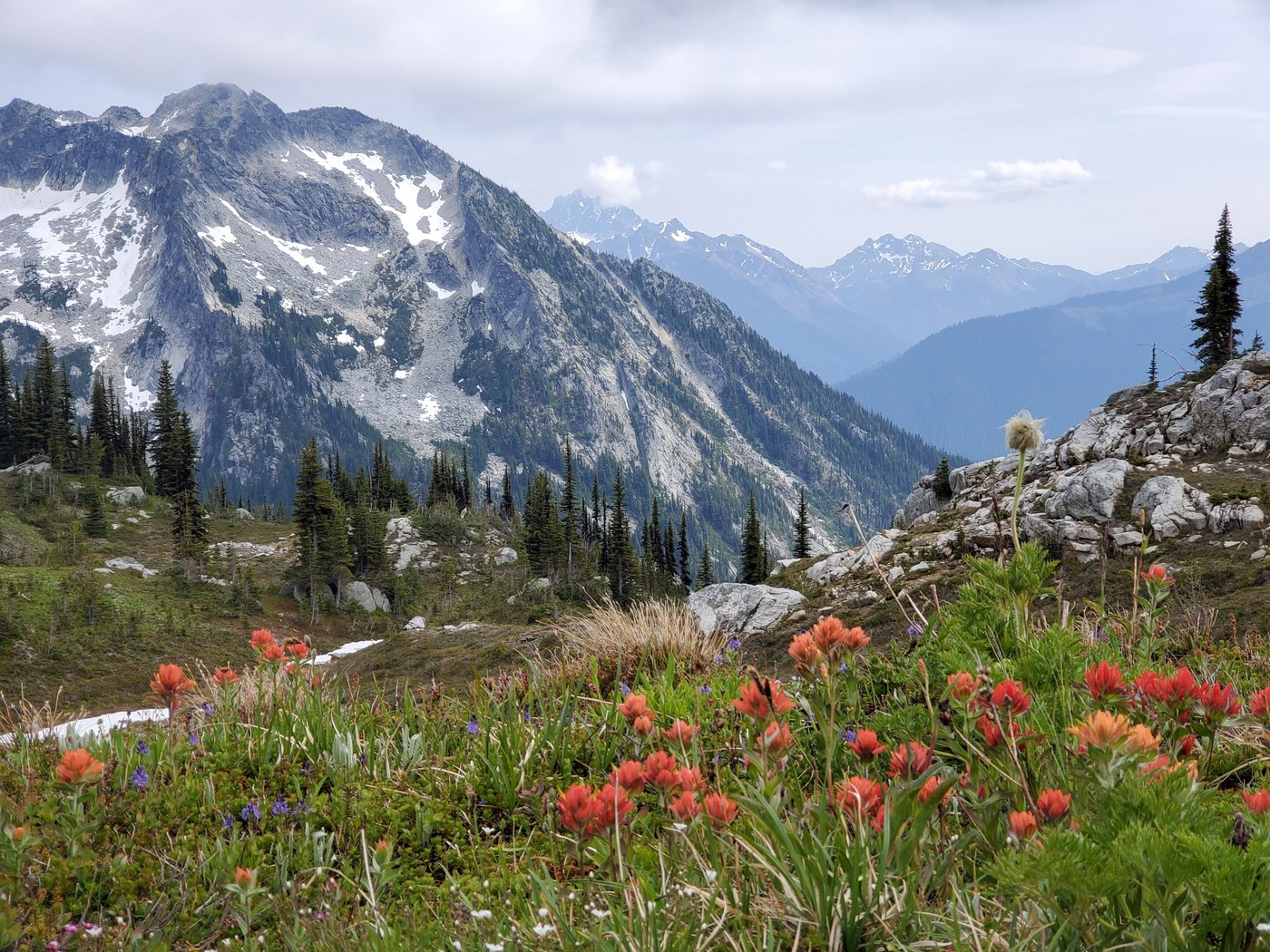 Hiked up the Chatter Creek trail over the holiday weekend and spent two nights camped at Upper Florence Lake, making a side trip out to Snowgrass Mountain. The Chatter Creek trail is in good shape with only 1-2 blowdown trees that are easily passed. Snow-free to the ridgeline. Bugs were pretty bad in the lower sections but less annoying higher up where it was breezy.

Snow patches dropping down the backside and going over to Lake Edna but not difficult to cross. Pay attention to route-finding as it does obscure the trail. Lake Edna is melted out with some snowfields in the lower areas. Only one small snowpatch going past Cape Horn that is easily negotiated. From there the Icicle Ridge trail is snowfree until the drop down to Lake Mary. There is about a 50ft snowslope to cross where a slip would lead to a long slide. This will probably melt in a week or two. Poles and good foot wear were helpful.

Bugs were sometimes quite annoying, especially when the wind would die down. Flowers are blooming and will be especially nice in 2-3 weeks. 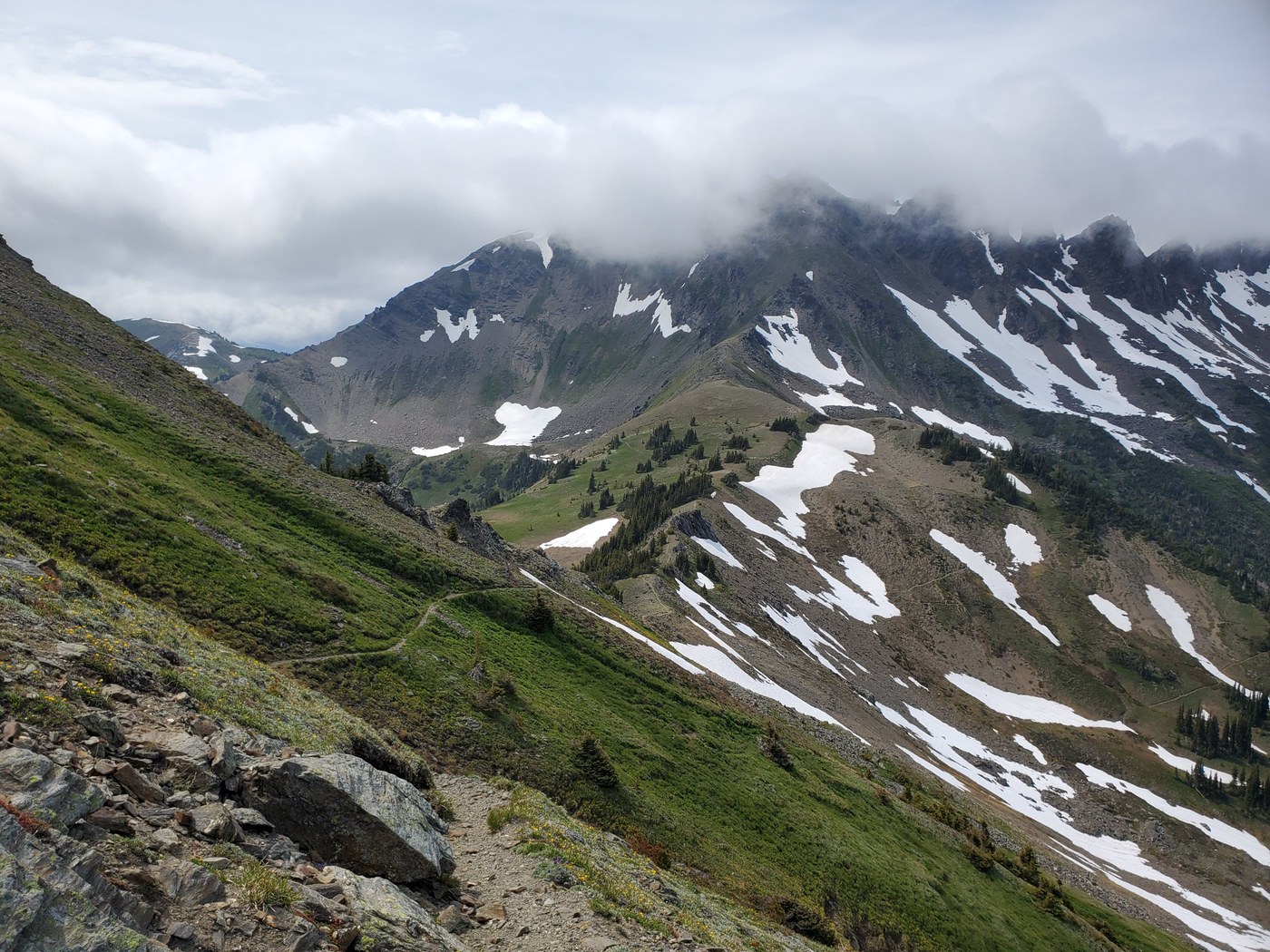 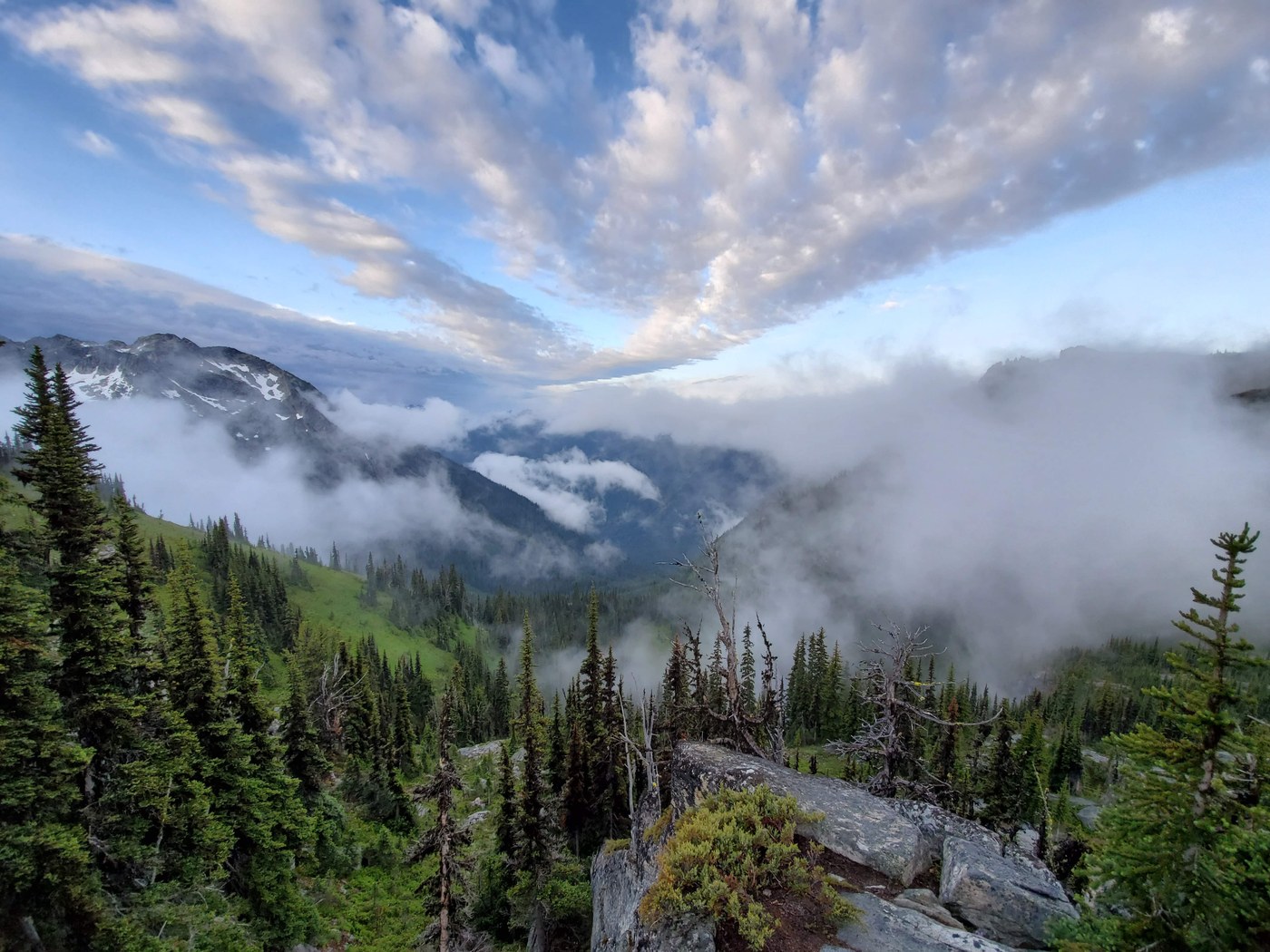 The snow-slope above Mary Lake 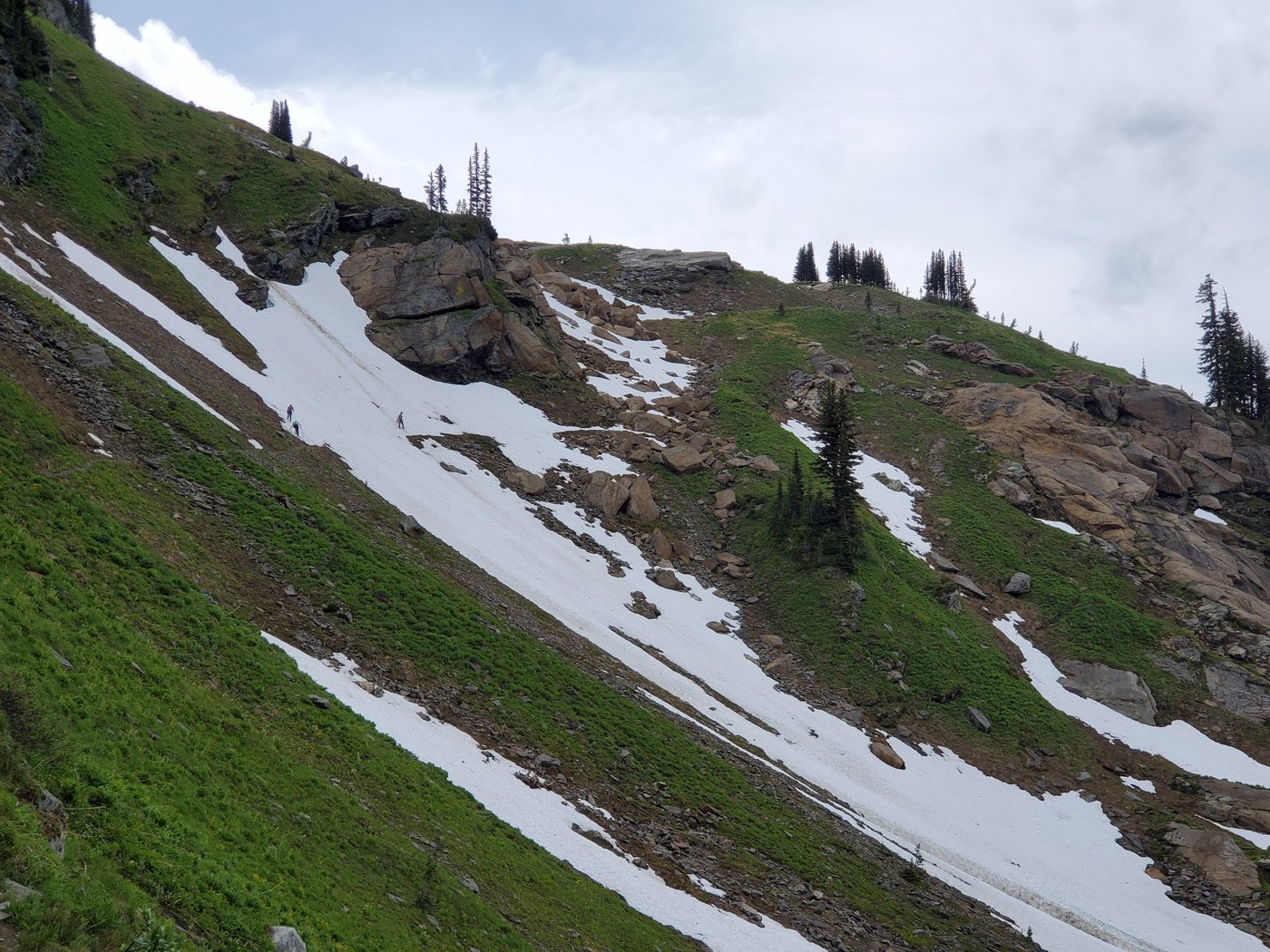 Great report. Awesome photos. Thanks! Sounds like a great trip.