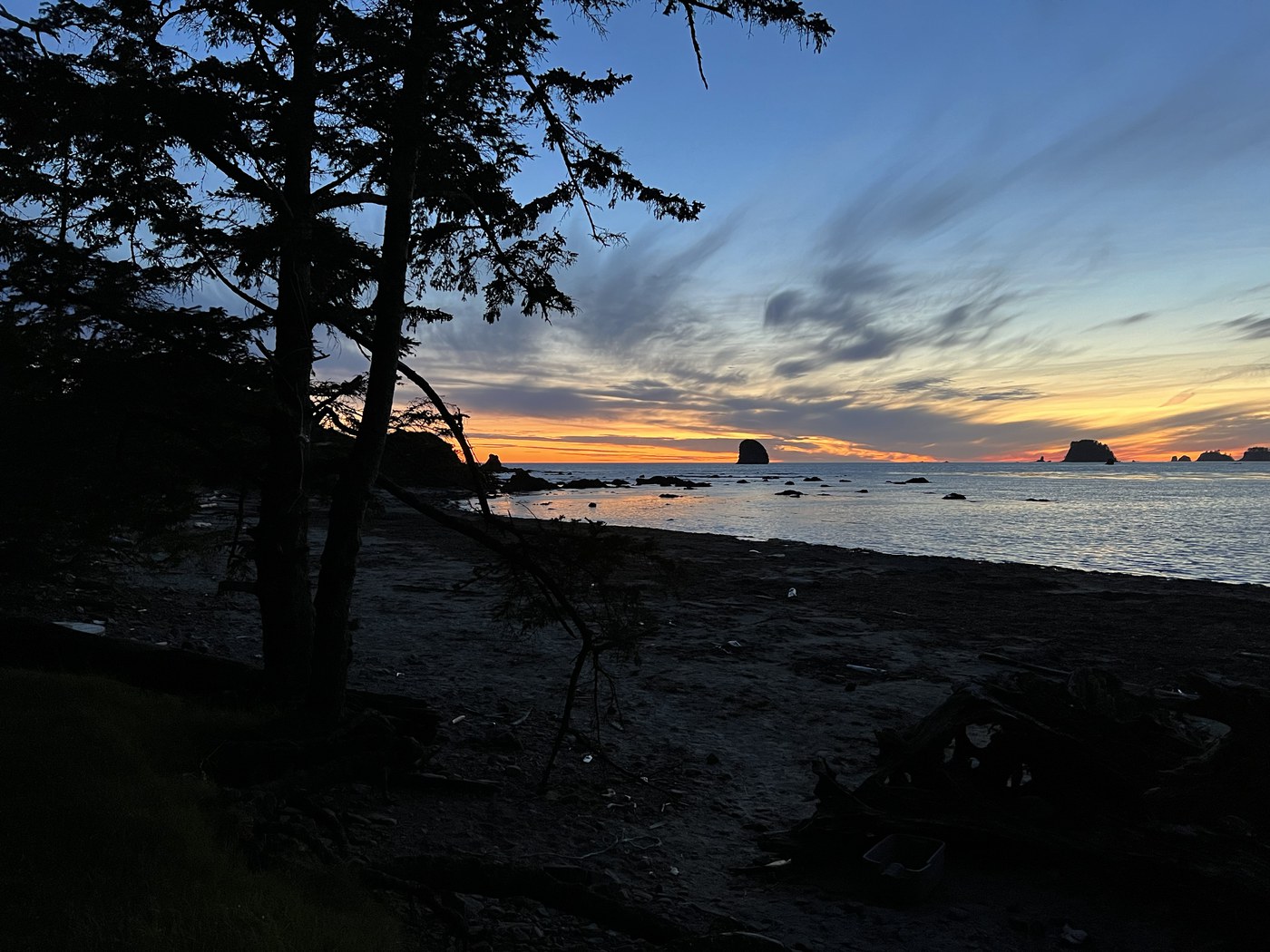 We took a two night trip to Sand Point. There were five of us, including a 12-year-old and almost 2-year-old. It was a great trip for kids.

The trailhead parking lot was maybe half full when we arrived. But it's a large lot. The trail is in good condition. Just a few boards on the boardwalk are still a bit rough, but a bunch of them have been replaced, even since my last trip here, and it's looking great.

We camped in one of the spots facing roughly north. The site had a makeshift table and benches and it was very handy. There was also a swing, which the kids made great use of.

There's water from a stream that runs to the beach, but it's very tanin-filled water. We just carried in lots of water, but we heard from other folks that they drank it.

The wildlife was fabulous. We saw a good number of sea otters, including a couple young ones, and that was very exciting. We also spotted a river otter, running up into the woods. There were snowshoe hares even, which I had no idea lived so near the ocean. They were NOT shy. I even watched one taking a dust bath, which was beyond adorable.

There were a few dead marine mammals washed up on the beach: a sea otter, a harbor seal and some sort of toothed whale. (Not sure what type of whale? Pilot whale? False killer whale? It was very decayed.) The seal was so far down the beach, it probably was washed away at the next high tide.

We had a wonderful time looking at the tiny shore crabs on the beach, along with the other sea life. And on the last day it was warm enough that we even did a bit of swimming. 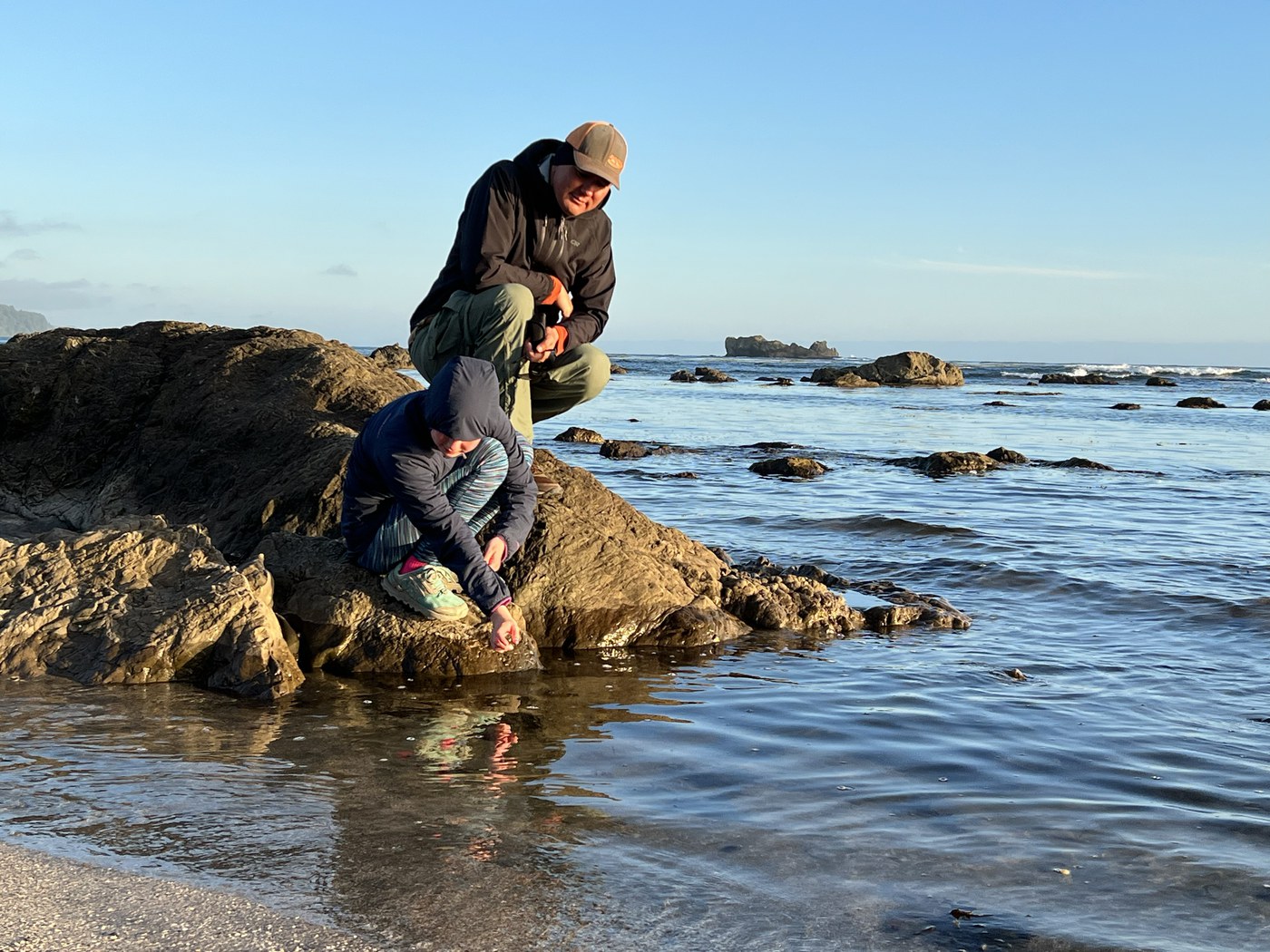 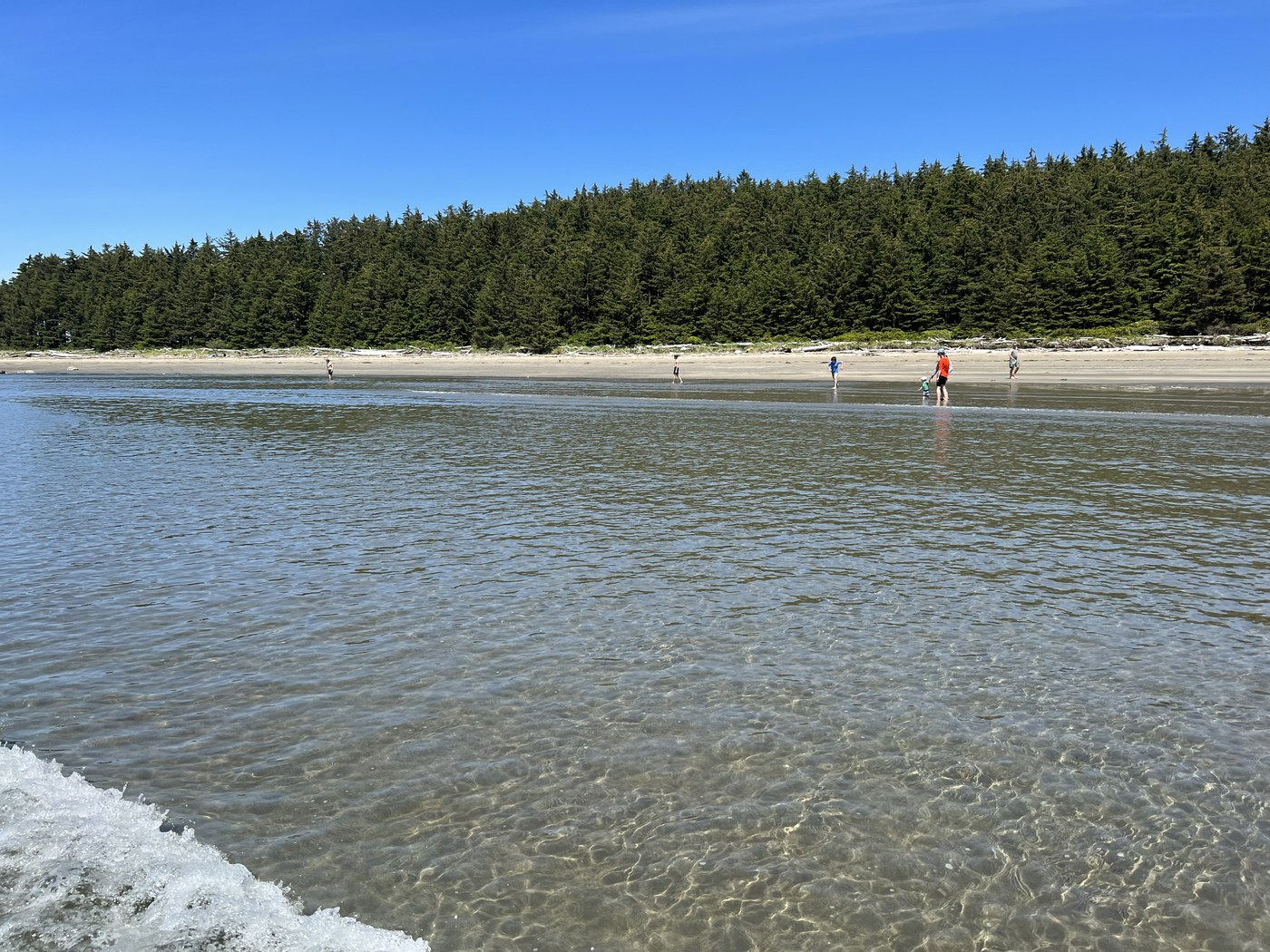