Skip to content
Crowell Ridge, Gypsy Peak This was a two-night/three-day backpack trip with four adults and one tough trail pup. We accessed Crowell Ridge via Sullivan Creek to Highline Road to Bear Pasture. The road was a little rough but ... https://www.wta.org/go-hiking/trip-reports/trip_report.2022-07-11.4172847108 https://www.wta.org/site_images/trip-reports/2022/tripreport-image-2022-07-11-9130914562/@@download/image/crowell1.jpg

Saturday's sunset from near our campsite. 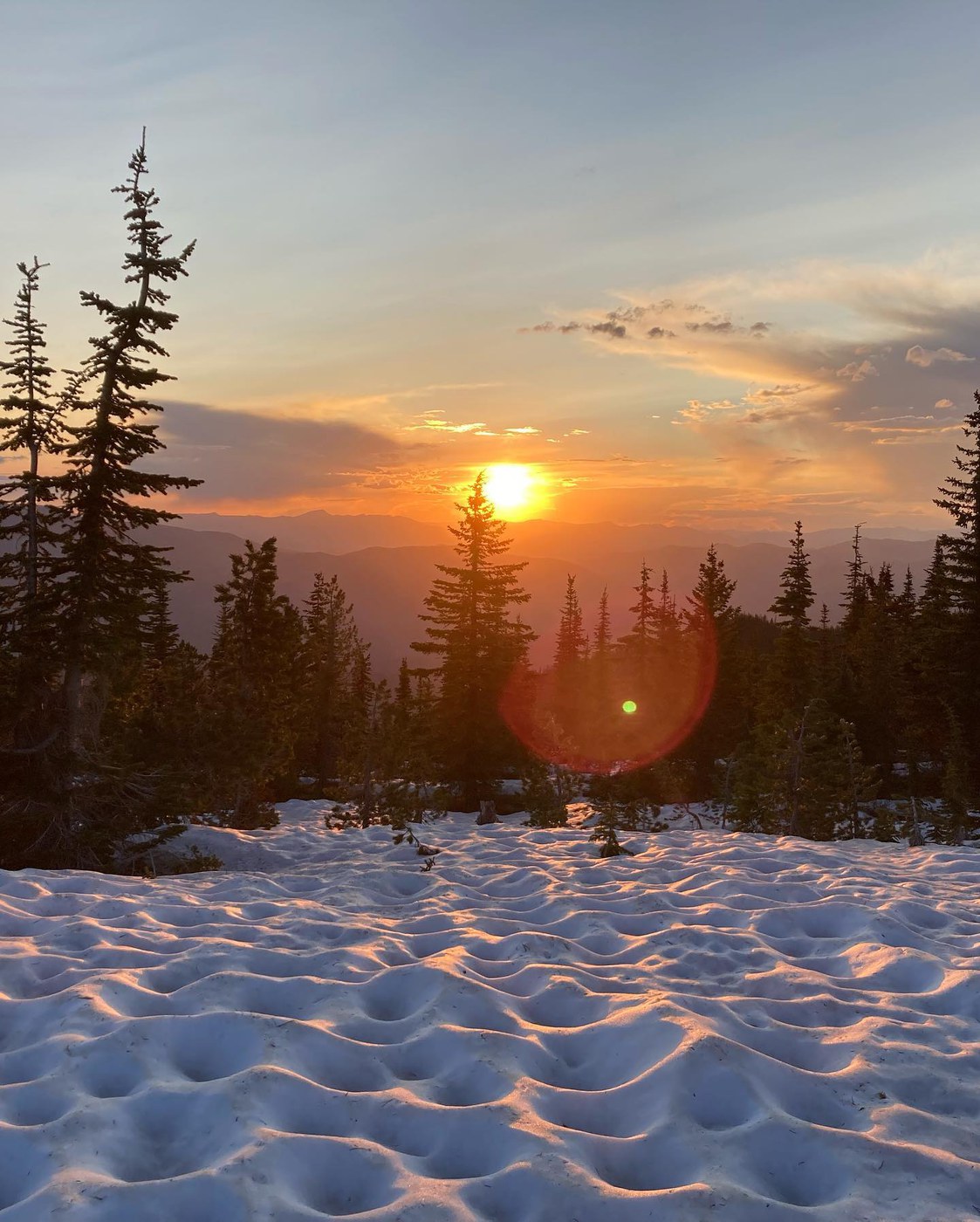 This was a two-night/three-day backpack trip with four adults and one tough trail pup. We accessed Crowell Ridge via Sullivan Creek to Highline Road to Bear Pasture. The road was a little rough but not too difficult, and definitely in better condition than the last time I tried to access Crowell Ridge via Sullivan Mountain (we spoke to two hikers this trip who tried to go in that way in a Prius, and they ended up having to park several miles before the trailhead and bushwacked up to trail). There is some encroaching vegetation (mainly alder), but no major rough road sections. We found a patch of snow blocking the last few hundred feet of road on Friday morning, but even that was almost entirely melted out by the time we exited on Sunday.

Day one consisted of backpacking in as far as the junction with North Fork Sullivan Creek, and then setting up a base camp. The lingering snow patches added a little navigational challenge, but were not too difficult to get around. After setting up camp, we did a side-hike toward Sullivan Mountain, although we turned back about a mile before the western trailhead. After dinner, a couple of up hiked up to the high point above our campsite to take in the outstanding views and enjoy sunset from a higher vantage point. It's a dry campsite, but water is located just 0.4 mile down the North Fork trail. It was a little more challenging to get to it since there were still some 2-3' snow drifts on the trail, but that will be gone soon. I've found the water source is reliable into late summer each year.

My ulterior motive for Friday's hike was to scout conditions for my upcoming BCRT. So trail conditions are still early-season at this point, with some downfall trees, brushy sections, and tread/erosion problems. I'll be back with a crew at the end of the month to work on all of that; please consider joining us!

On Saturday we broke camp and moved back to the "junction" with the climber's trail to Gypsy Peak. We initially thought we might camp at or near Watch Lake, but there was still enough snow on the ridge to make getting there with full packs a bit more challenging than we wanted. This allowed us to do the off-trail route to Gypsy with light daypacks. I ended up melting snow for water at this dry campsite, and the rest of the group did a side-hike down to the stream crossing on the trail to get water (it was 0.8 miles below camp, so quite a round-trip trek for water).

Gypsy Peak is an off-trail scrambling adventure, made a bit more difficult in the early season by deep lingering snow patches (at one point I ended up hip-deep). The views are absolutely incredible! But I yet again intended to add on South Fork peak, and yet again got to the summit of Gypsy and decided I'd had enough fun for one day, especially considering we still needed to hike back to camp. One of these days I'll make it to South Fork, too! But we were out of time & energy on this visit.

Storms started moving in overnight on Saturday into Sunday, and we broke camp and made an early exit since there was a big thunderstorm in the forecast for mid-day Sunday.

Abercrombie and Hooknose Mountains to the west as viewed from Crowell Ridge. 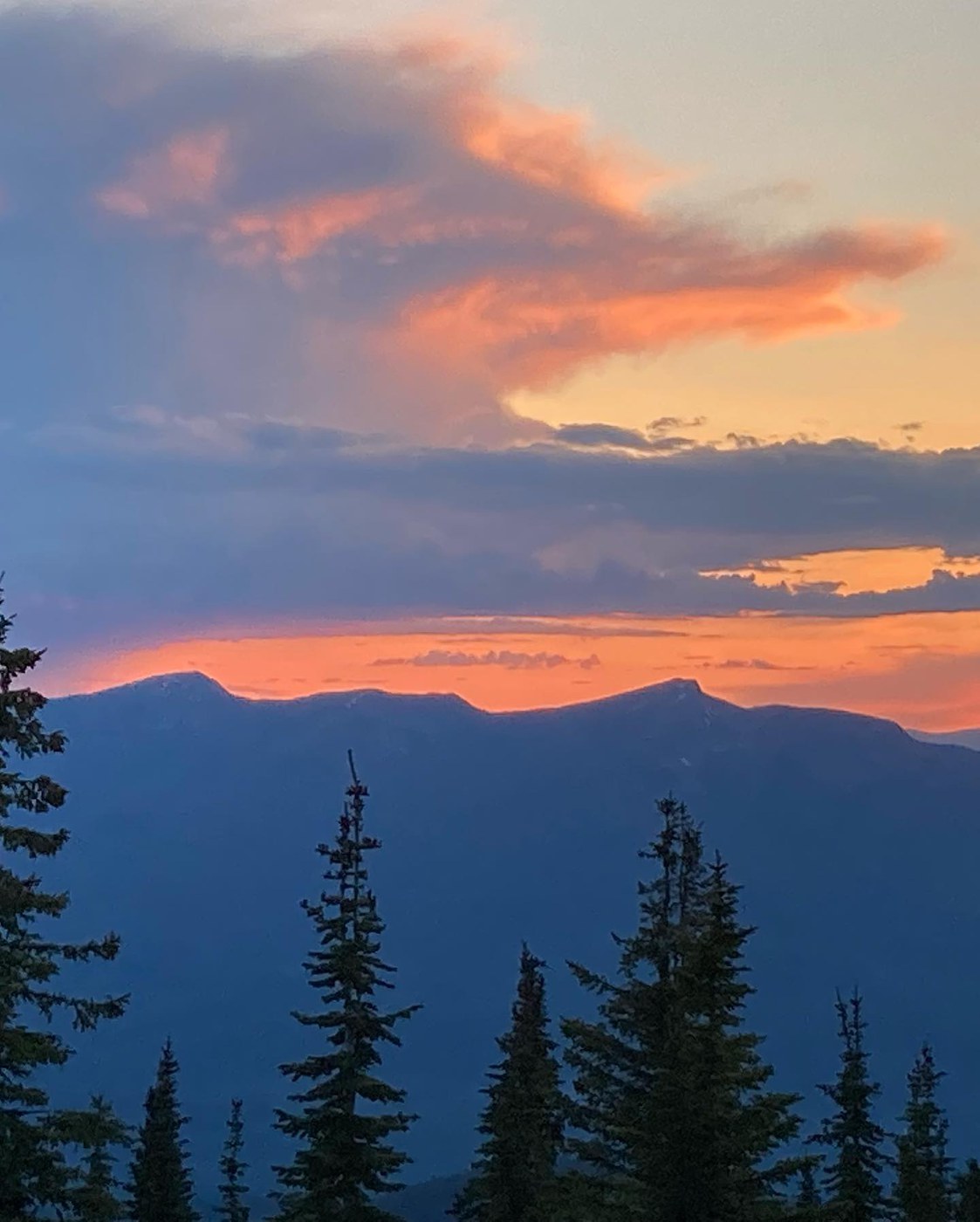