Skip to content
Spade Lake, Venus Lake, Waptus River I drove to the trailhead on a Thursday afternoon. The road leading up the trailhead is fully accessible by any vehicle as long as you're able to swerve around the handful of bigger potholes (note: I ... https://www.wta.org/go-hiking/trip-reports/trip_report.2022-07-25.8756763471 https://www.wta.org/site_images/trip-reports/2022/tripreport-image-2022-07-25-8757696566/@@download/image/first.JPG

Obstacles on trail:
Trees down across trail,
Bridge out.

Spade with Mt. Daniel in the background, taken from near my campsite. 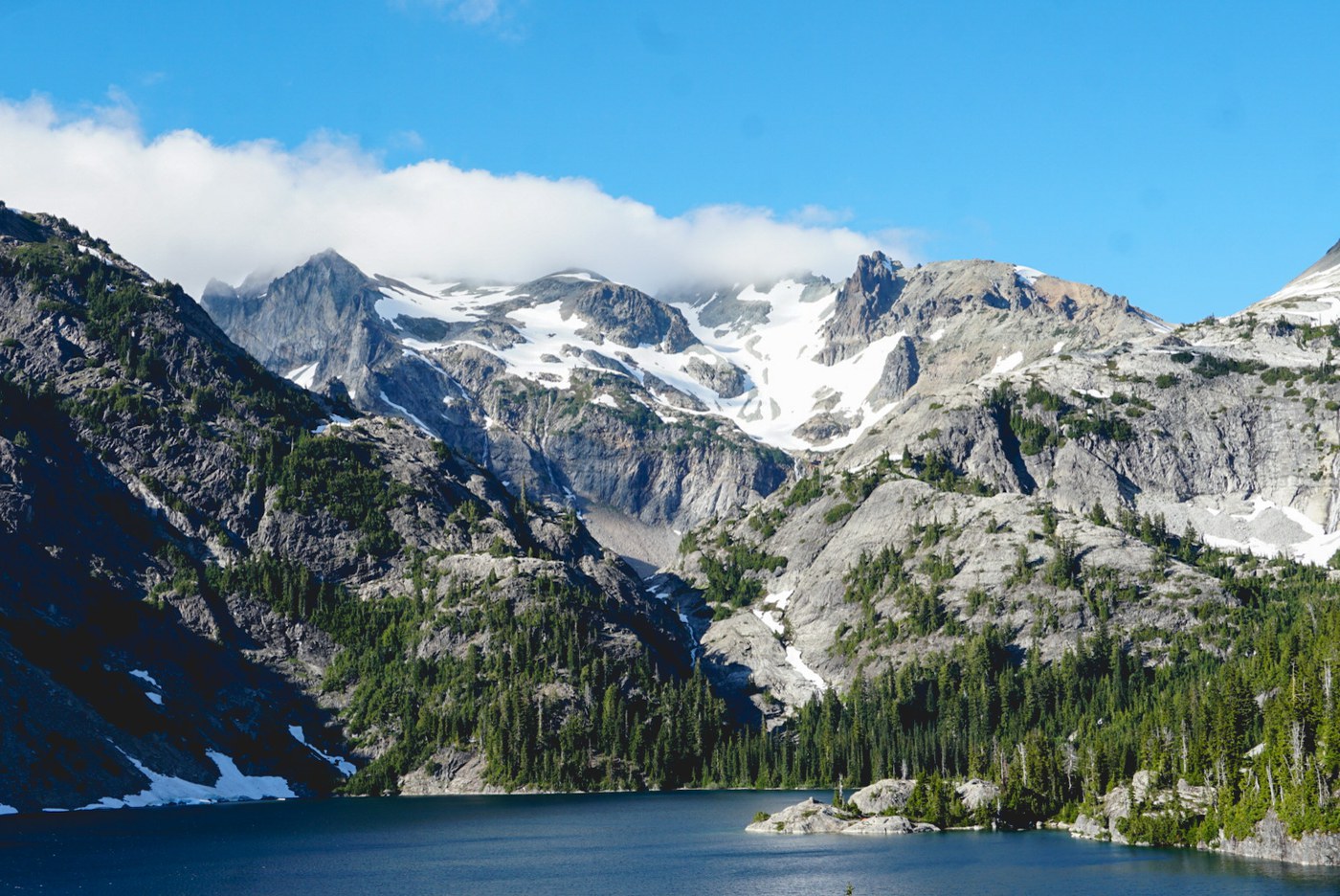 I drove to the trailhead on a Thursday afternoon. The road leading up the trailhead is fully accessible by any vehicle as long as you're able to swerve around the handful of bigger potholes (note: I have a beat up old Honda Civic, and it did quite well). The parking lot is big, but be ready to wait for folks to cycle out depending on when you get there. There's a popular swimming spot very close to the trailhead, so the lot might be full of folks who are visiting to lounge for the day.

The trail to Waptus Lake is straightforward and generally unmemorable. Mostly rolling terrain through the forest, punctuated by the sound of rushing water from the river. There were a few stream crossings before the ford, but nothing trekking poles and some semi-nimble rock-hopping can't deal with. Mosquitoes were increasingly a nuisance as I approached Waptus Lake. I made sure to douse myself in 100% DEET every half an hour or so. Not sure if it actually helped or if I was experiencing a placebo effect. Anyway, I'm probably radioactive now and wouldn't be surprised if I grew an extra arm as a result of DEET absorption.

The river ford was easy with trekking poles and my dorky water shoes. I'm 5'0", and the water hit halfway up my thighs. If you're reading this, you're probably taller than me, so I wouldn't worry too much about how you'd fare here.

There are a bunch campsites at the southern end of Waptus Lake, but if you go about half a mile farther you'll find a few more secluded campsites closer to the turn-off to Spade Lake. I think there are maybe 5-ish spots to set up your tent in this area. I spent the first night at a site close to the Spade Lake juncture so that I could get an early start the next day.

Woke up super early on Friday to hike the 3 miles up to Spade Lake. I won't sugarcoat it -- this section is unpleasantly steep. You'll get a brief reprieve about halfway up when the trail levels out a bit, but before you can even catch your breath you're faced with another gnarly uphill stretch. The last quarter mile or so leading up to Spade is mercifully downhill. Unfortunately, there are about 30 blowdowns to contend with between Waptus and Spade, but most of them only require some careful stepping over.

As the trail descends towards Spade, you'll get your first glimpses of Mt. Daniel. There are numerous campsites scattered around the southern-ish side of Spade, but there are also a few dotted along the east side. In my opinion, views of Mt. Daniel are superior at the southern sites. Mosquitoes weren't super bad for me at Spade, as it was quite gusty, but I did see some other folks wearing head nets, so your mileage may vary.

After setting up camp, I decided to drag myself up to Venus Lake. The first mile-ish of the trail to Venus meanders along the eastern edge of Spade and takes you through some lovely meadows. I had to cross over a few patches of snow as I gained elevation, but they were totally navigable with just my trail runners. Eventually, you'll get to a point where the trail pretty much just goes straight up on slab, bordered on one side by swiftly moving water/snow melt and on the other side by a steep snow field. I chose to crisscross my way up the slab, keeping close to the snow field when possible. The wind gusts were no joke up here, so watch your footing as you ascend. Not sure if I'd recommend the trek to Venus for dogs/small kids. I only spent about 20 minutes at Venus before the brutal wind gusts forced me to go back down.

I packed up around 8am on Saturday morning and began my journey out. As expected, the stretch between Spade and Waptus was rough on my knees. Again, trekking poles can be your savior here. Waptus back to the trailhead was uneventful aside from the relentless mosquito situation.

I love Spade Lake and would highly recommend it to anyone who is willing to put in the effort to get there. Paintbrush, Columbine, and Lupin (as well as other flowers I'm not able to identify) are starting to pop, too. Stopped at Basecamp Books and Bites in Roslyn for a standard celebratory beer and iced coffee on the drive back to Seattle. 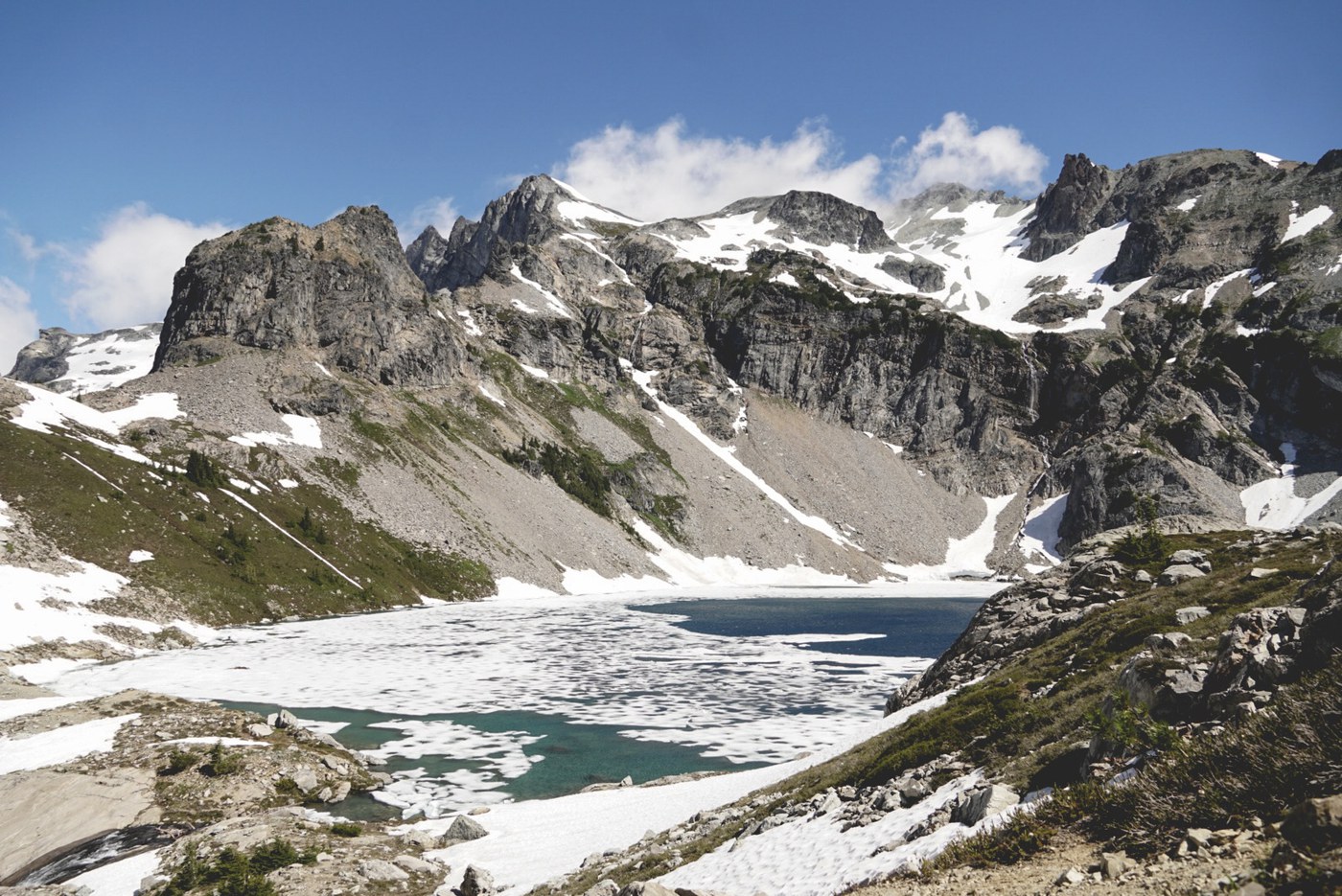 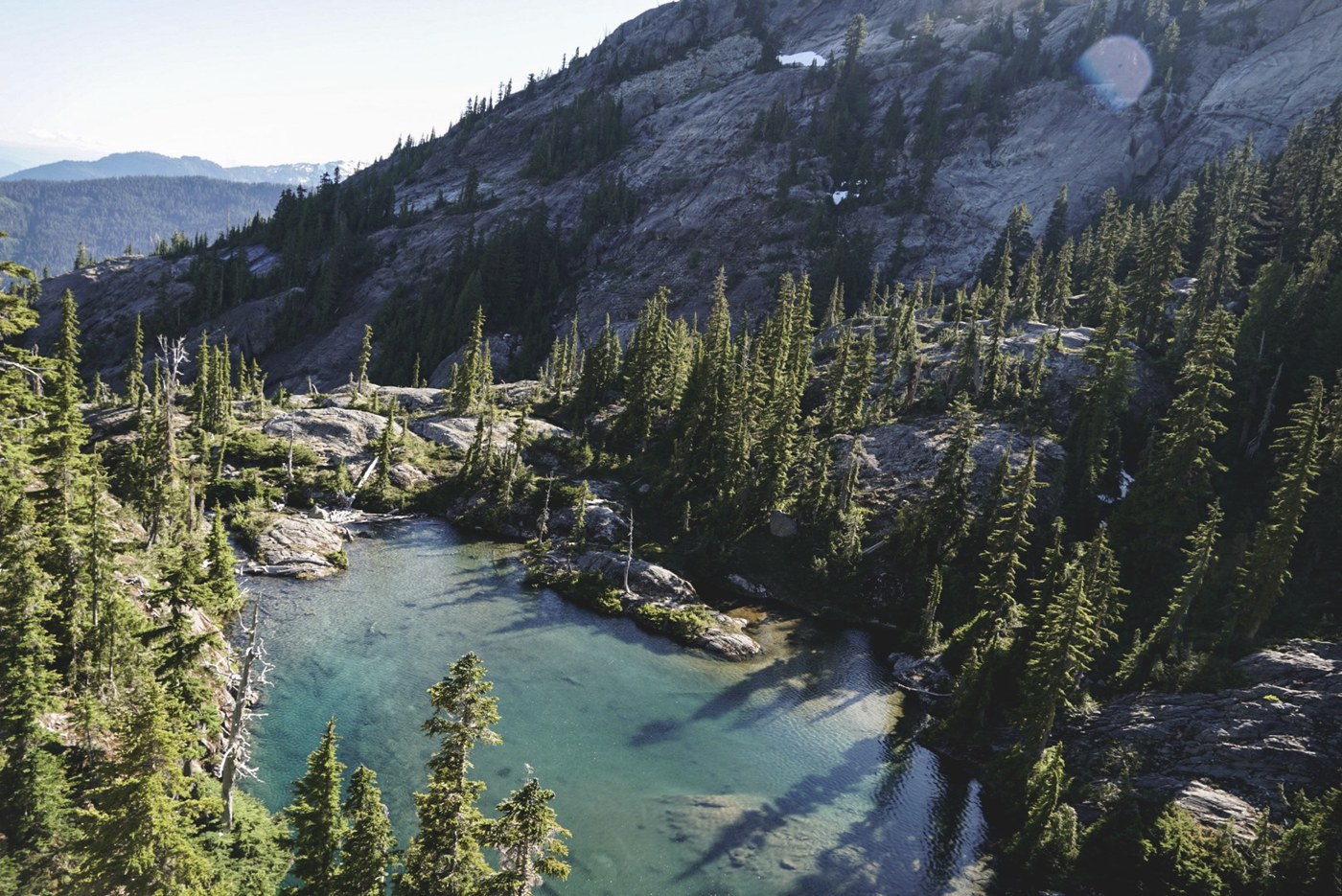 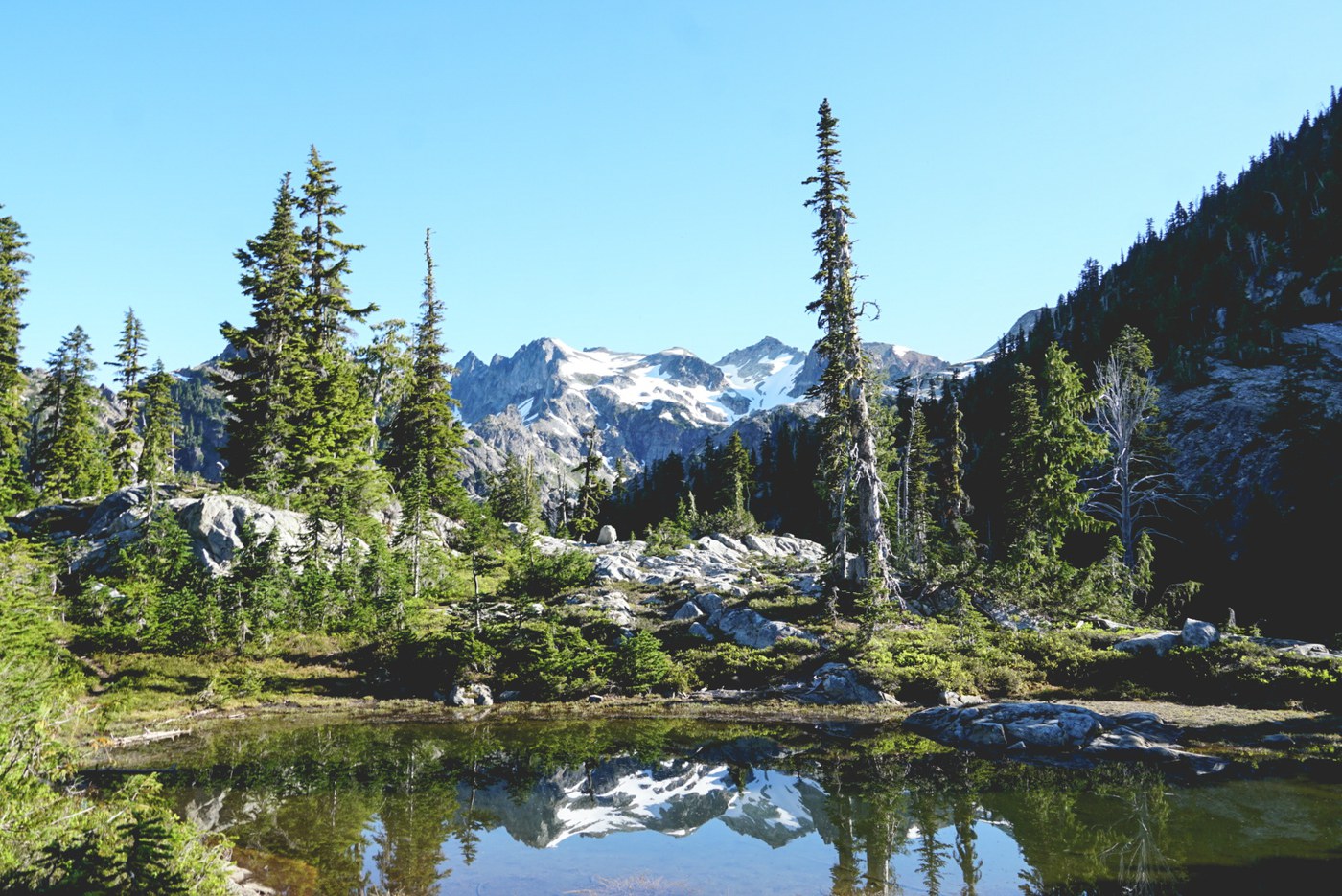