View to Red Mountain from the climber's trail to Lundin Peak 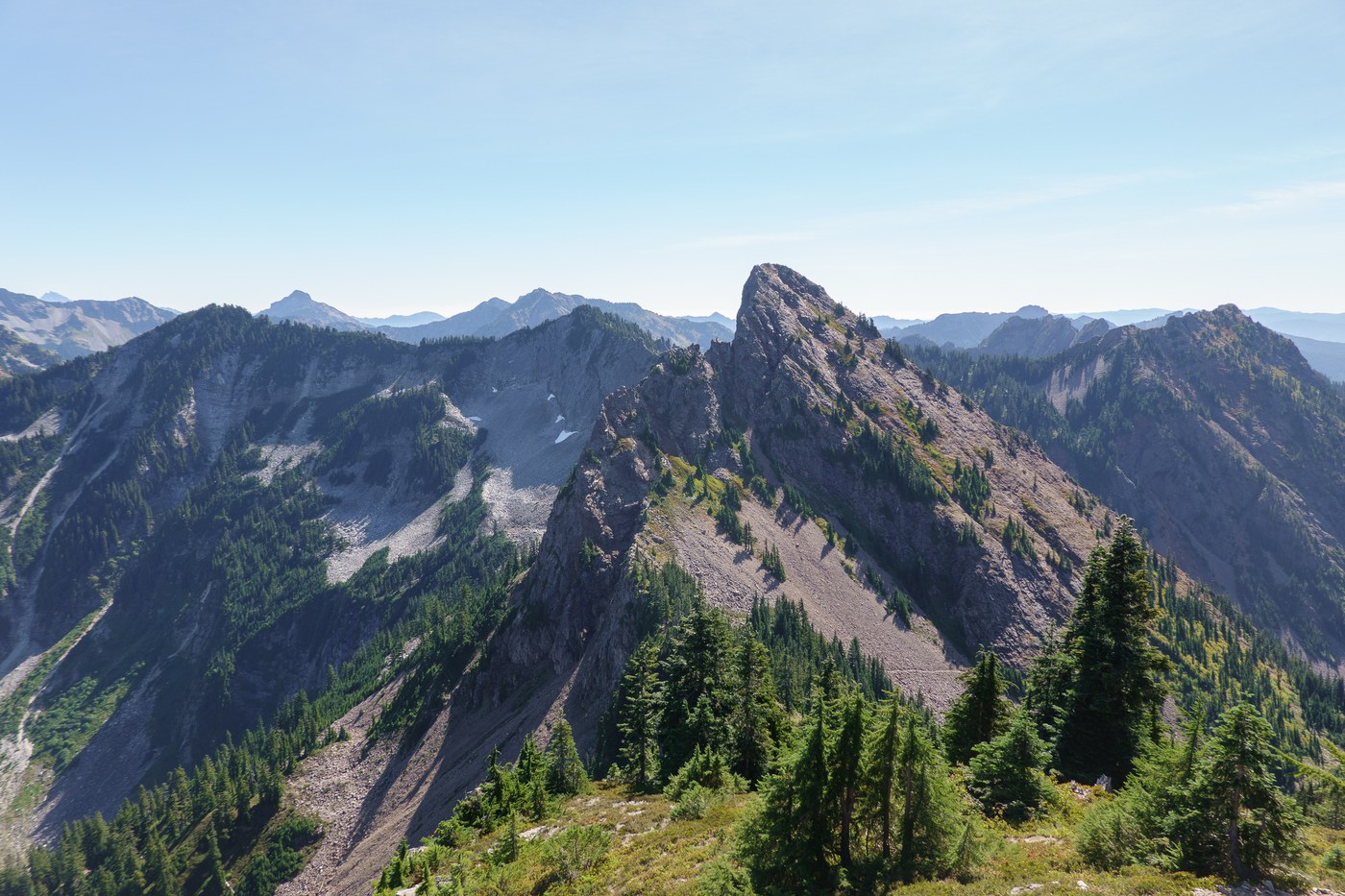 Followed the Old Commonwealth Trail and the Commonwealth Basin Trail up to Red Pass, and continued up the climber's trail towards Lundin Peak until progress was blocked by a boulder that would have required a bit of scrambling to get around. On the way down, I switched over to the Pacific Crest Trail, which added a mile or so, but offered some views back at Lundin Peak and Red Mountain.

Trail Conditions. The trails all had plenty of rocks and roots, but were all well-trodden. The Commonwealth trails were steep in places, but clear of major obstacles. Minimal risk of wet feet at any of the stream crossings. Some slightly overgrown sections, especially at the very bottom, probably only an issue wen wet. Not much signage; would be useful around Red Pond.

Highlights. Couple of thimbleberries down low. Blueberries on the way up were sour, and the ones on the upper slopes a bit underdeveloped but shriveling up already. Tasty anyway. One marmot and several pikas in the talus above Red Pond.

Crowds. The main parking lot was about half full at 9am (and more than half-full in the afternoon). Encountered 2 parties on the way up, another two on the way down, and more people on the PCT, including plenty of through-hikers, and even 2 forest service rangers. 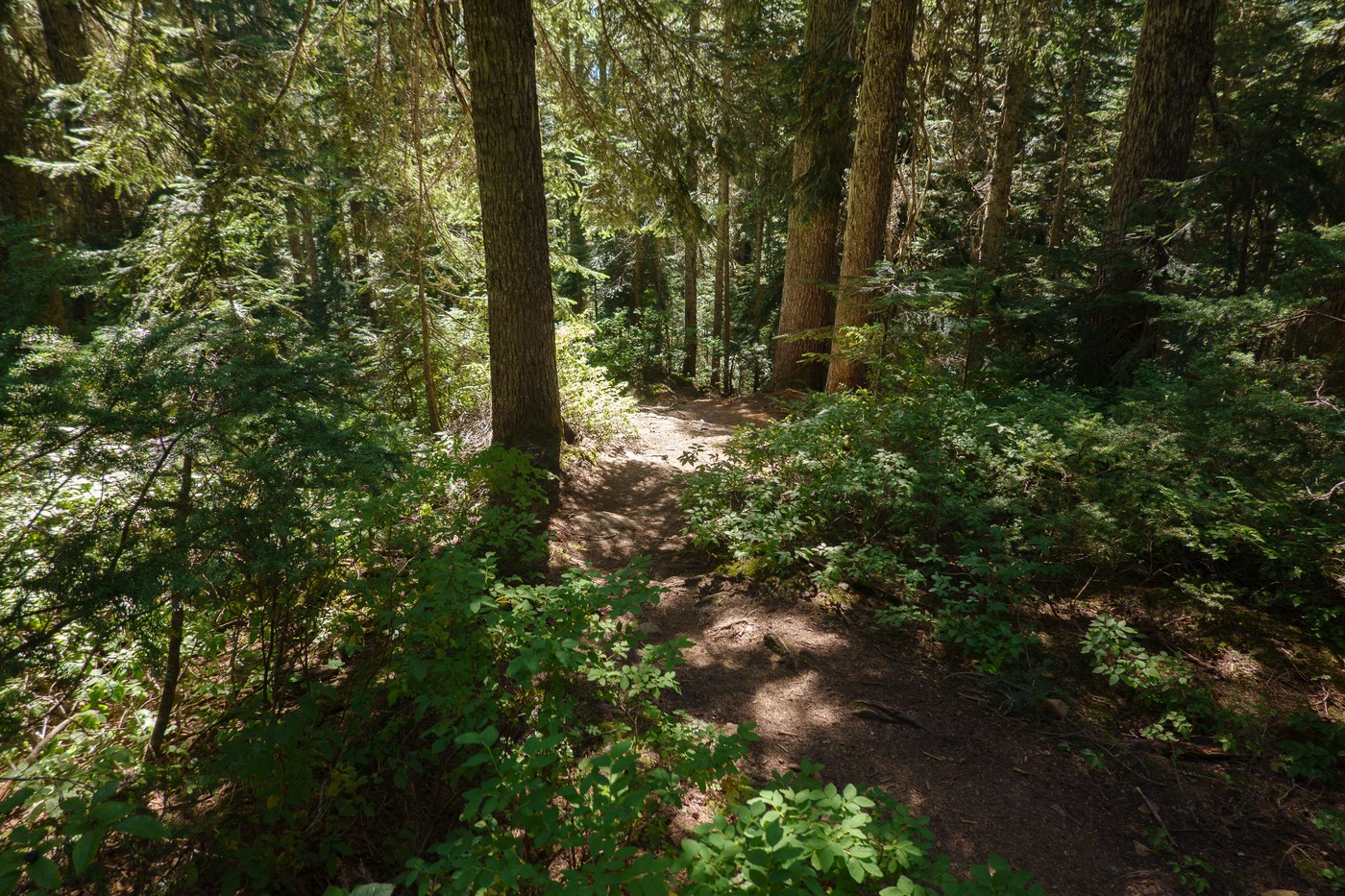 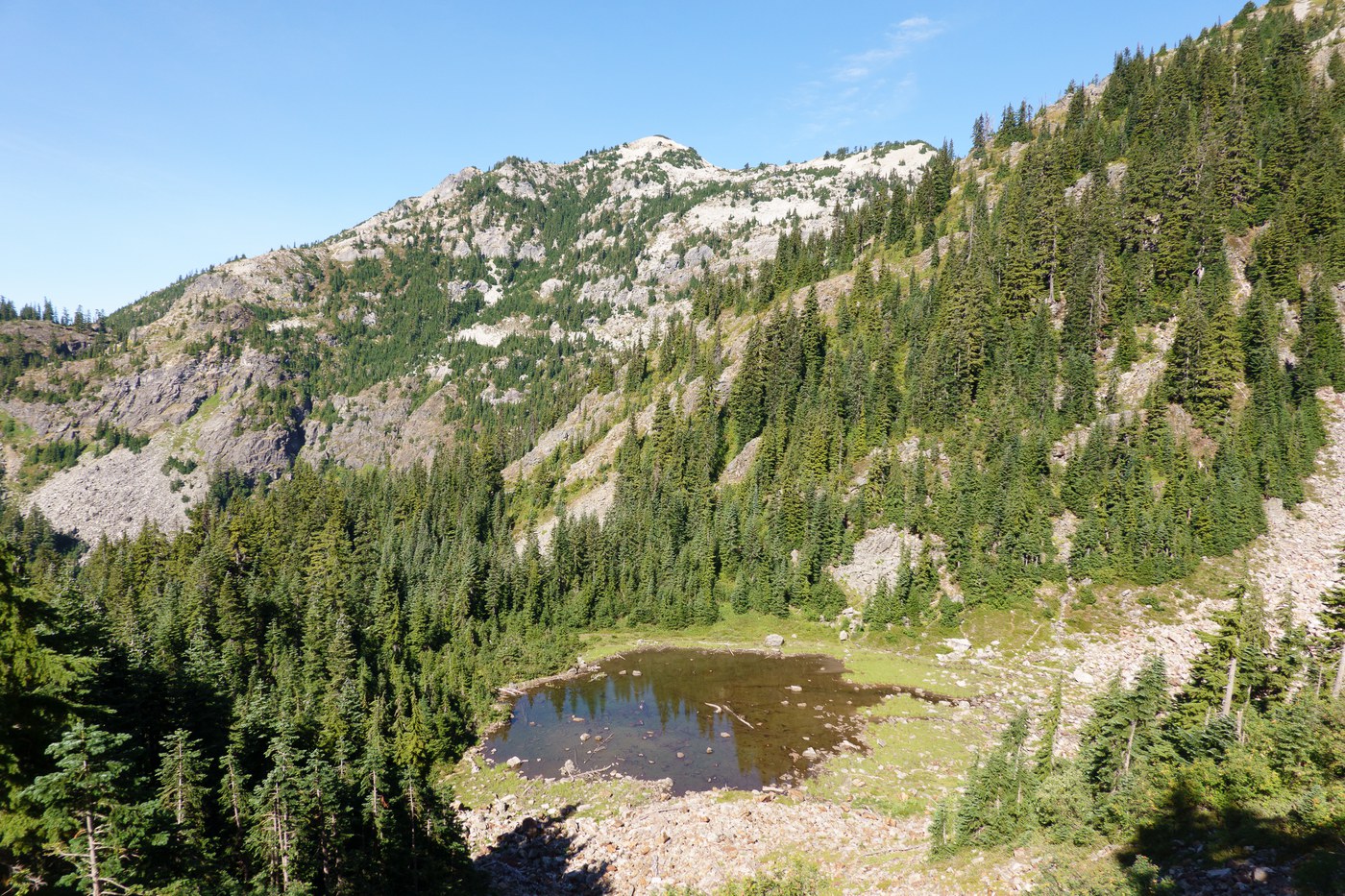 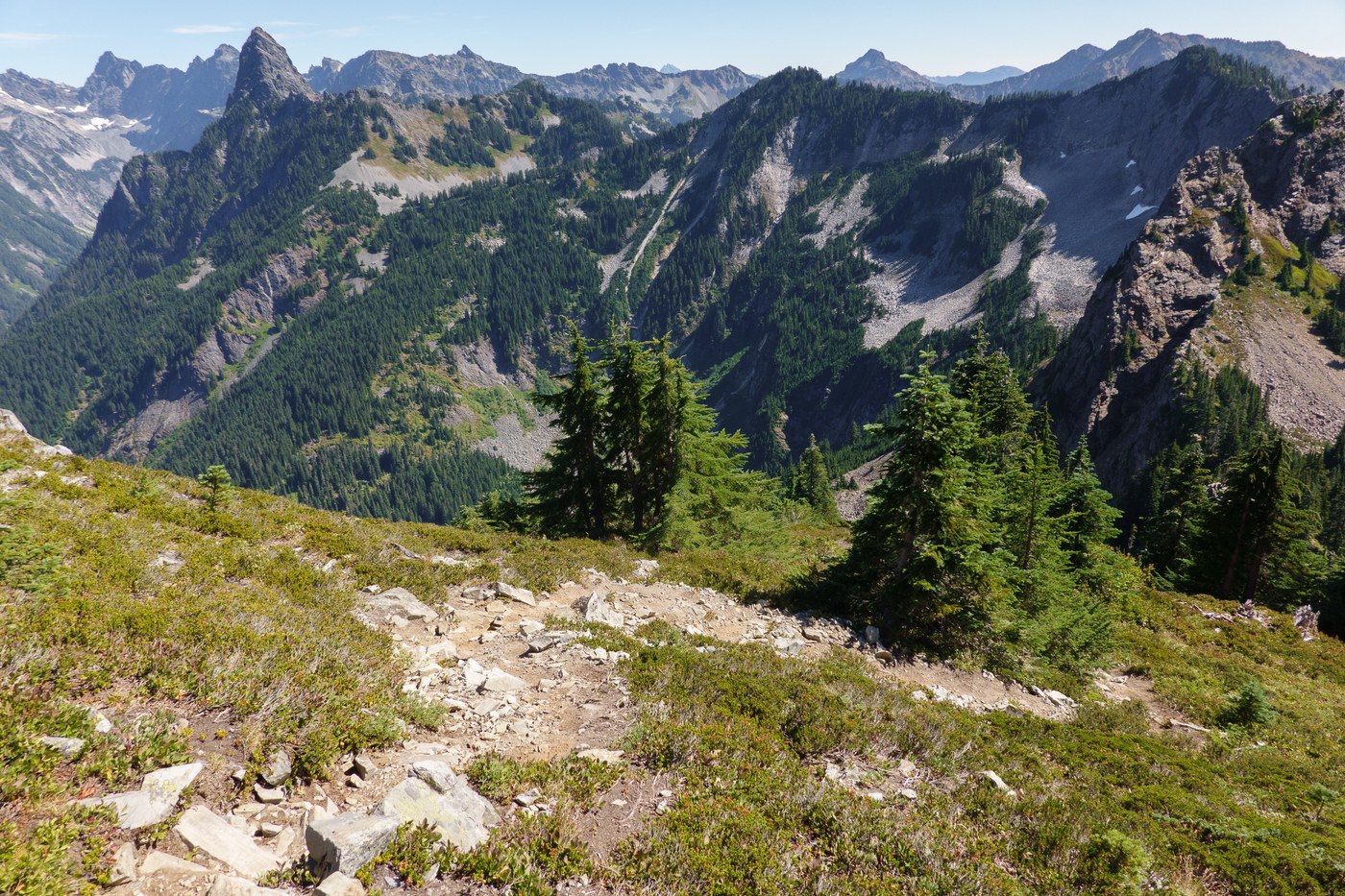