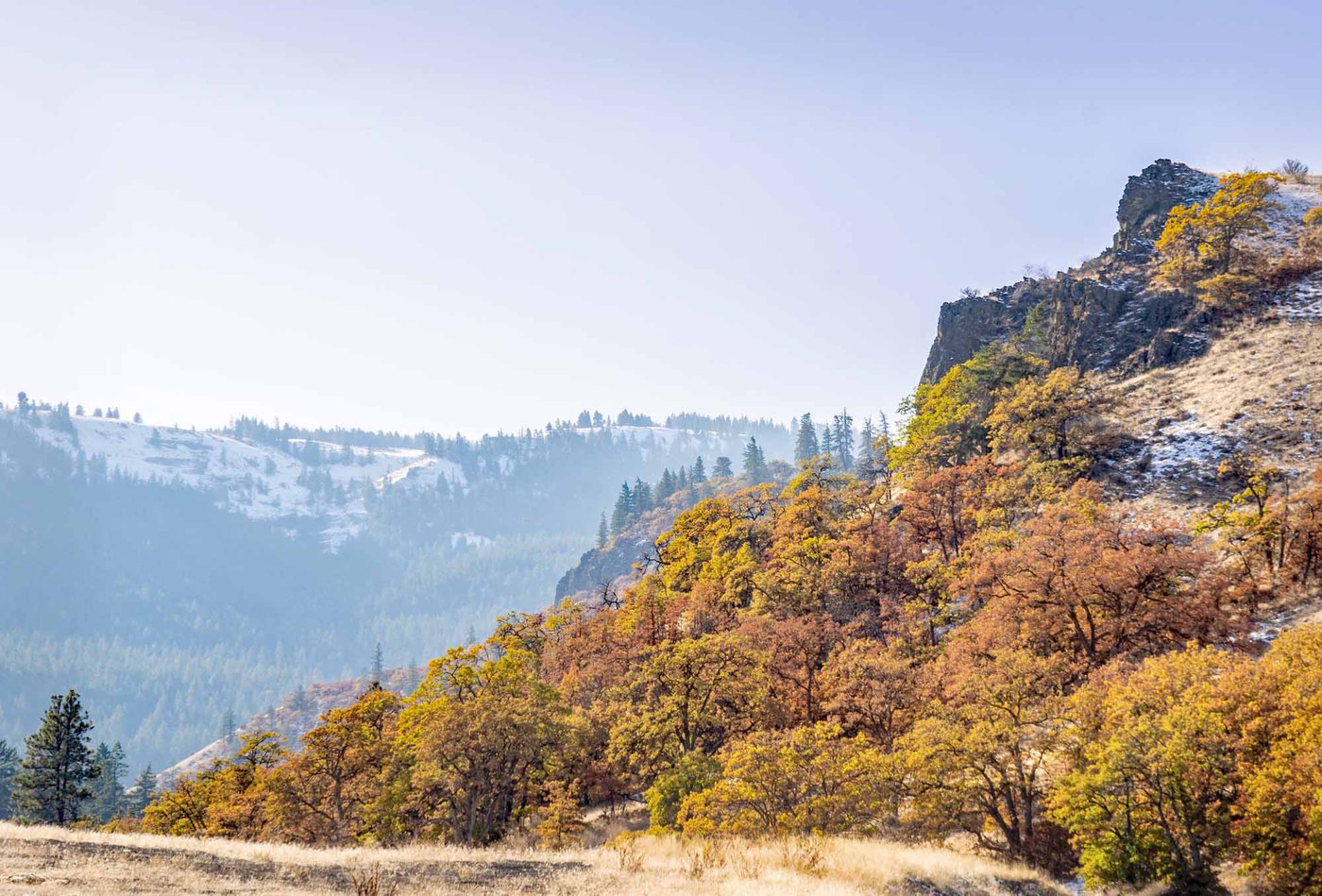 I'd heard there might be some nice fall color up the Tieton, so I took a trip to see for myself.  I started at Bear Canyon.  I walked up the road/trail into the mouth of the canyon until it became mostly shade, then turned around and walked back to my truck.  There was a thin coating of snow in the shady spots and I suspect there is more farther up the canyon.  The oaks were much nicer than I expected.  I then drove down to the upper bridge for the Tieton River Nature Trail and walked down to the big meadow.  I got there about 12:15 and at least half the meadow was already in the shade, including the base of the big oak and the Ponderosa Pine I usually lean against for lunch.  I found another tree in sun to sit against and stayed for 45 min or so, but by 1:30 virtually the entire meadow was in the shade, so I headed back.  The aspens here were better than I expected and there was some very thick frost in the shady spots & ice along the river.  From what I saw from the highway, it looks like there could be some nice color along the trail between the suspension bridge and the meadow.  Finally, I drove down and took a walk around a frozen Tim's Pond.  The day was sunny & cold, especially in the shade.  The only wildlife I saw was a couple of dippers as I crossed the river. I didn't see any other hikers except for a few people at Tim's Pond.  Though not as nice as usual, the fall color was much better than I expected, especially after what I had been seeing an Snow Mtn Ranch the last week or so. 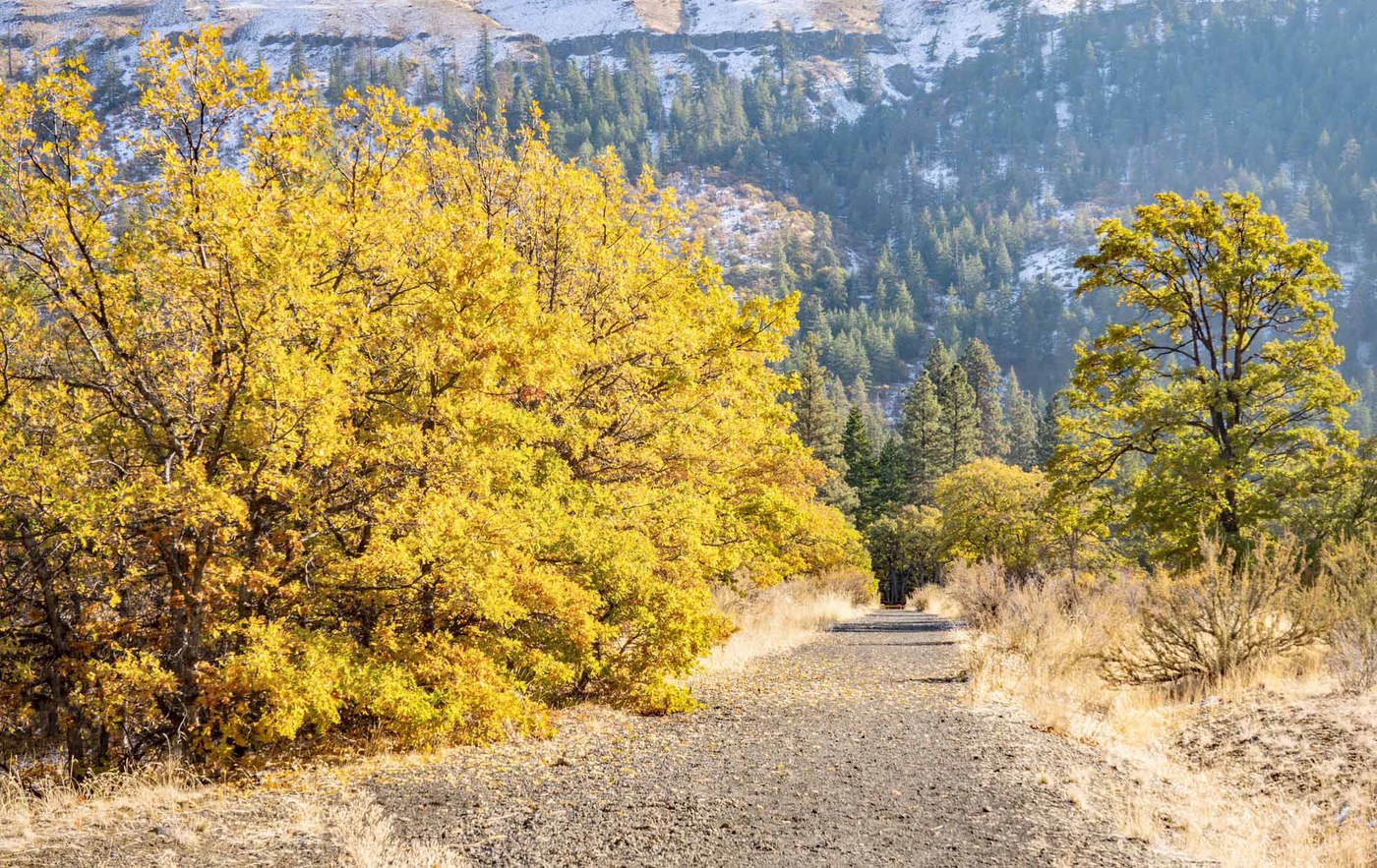 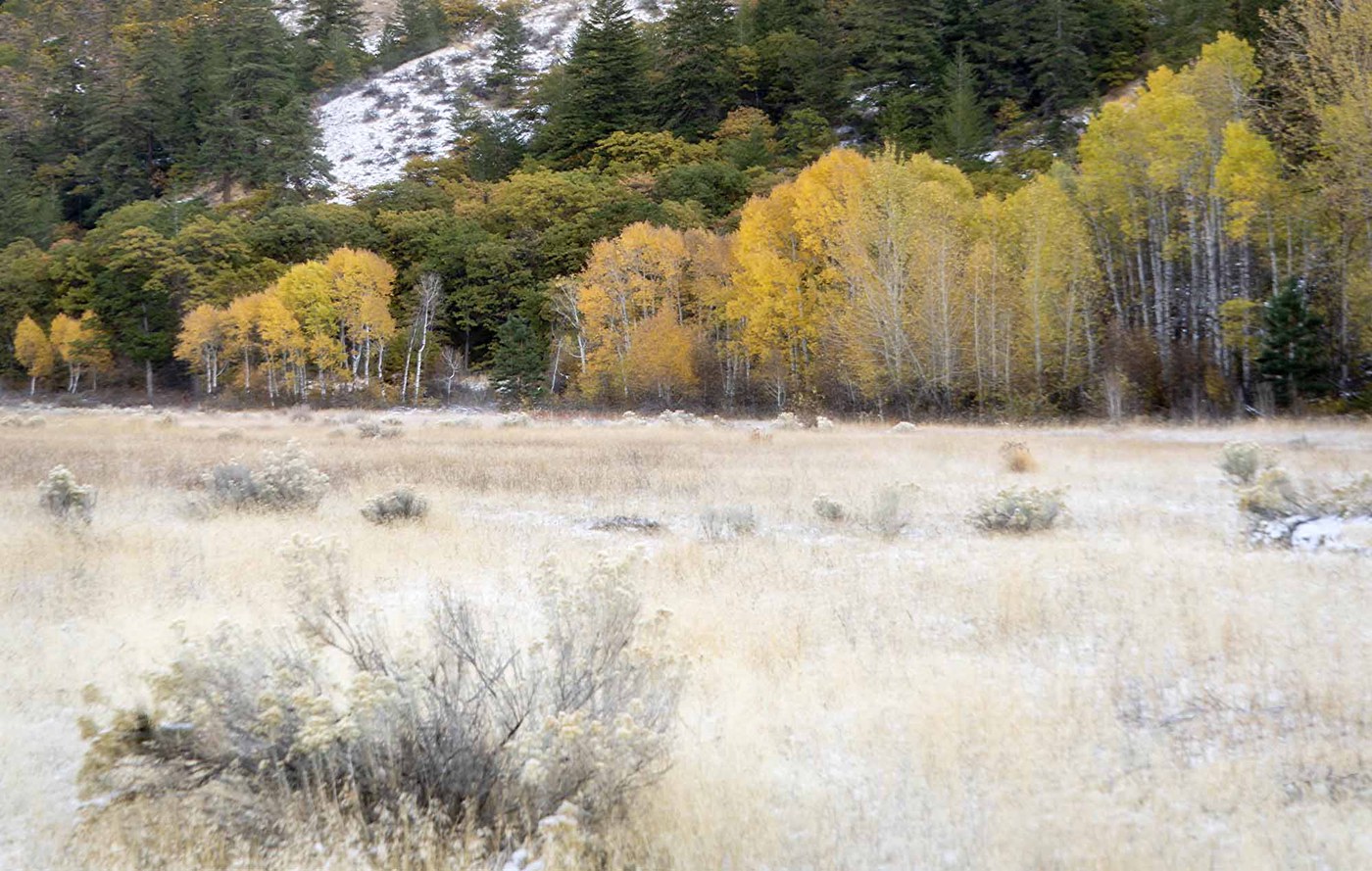 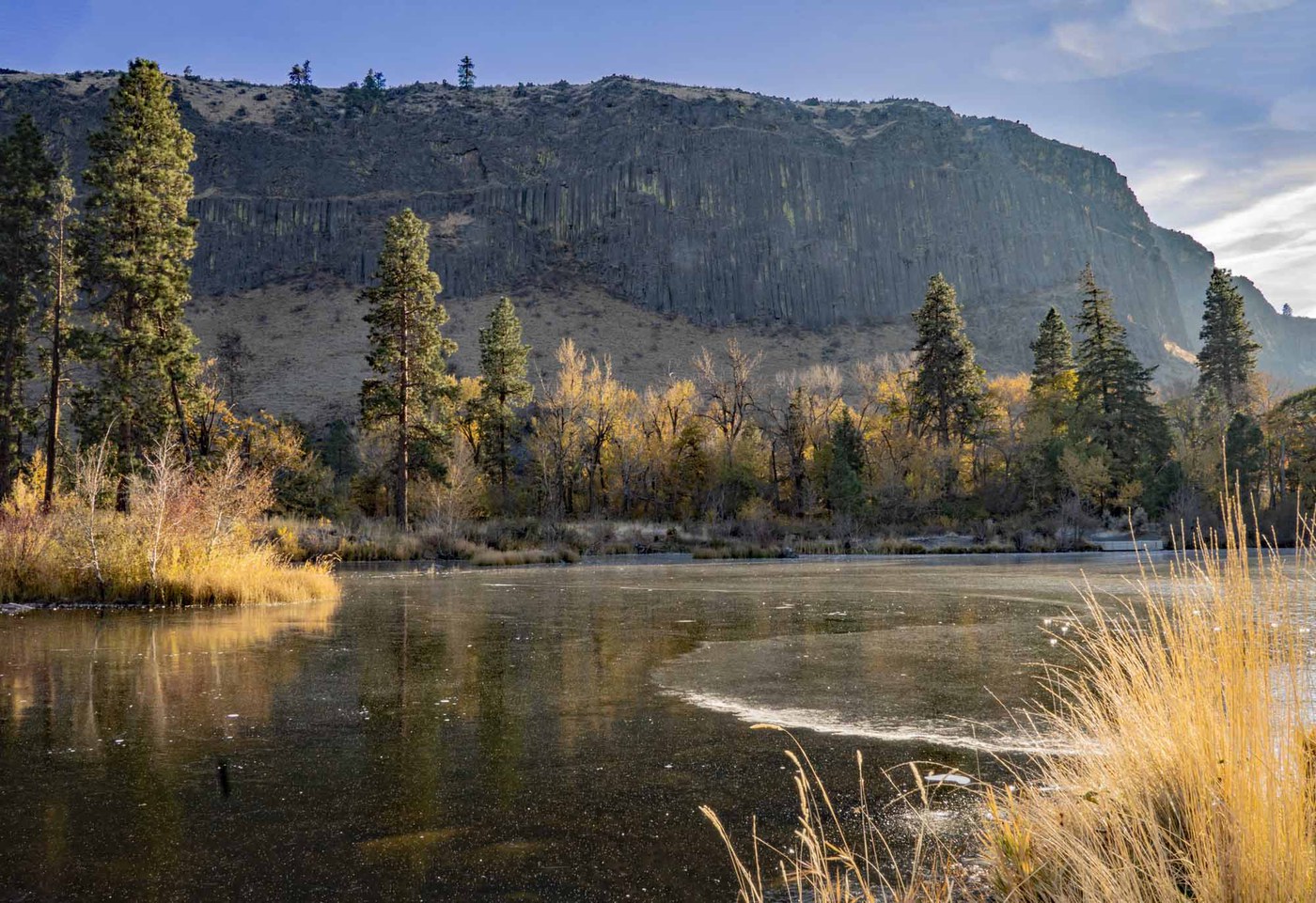 Was the big oak in the meadow wearing its fall colors?

It was still green, though lots of others in the area were starting to turn.