What Can Clouds Tell You While Hiking?
Crepuscular Clouds by Nina Taylor

What Can Clouds Tell You While Hiking?

Learn to spot 10 types of clouds you’re likely to see while hiking, and what they can tell you about conditions. | By Kari Lutcavich

The beautiful views of nature draw so many of us to trails. The joy of soaking in the natural world is rejuvenating.

And if you know how to look, the beauty of the natural world can also provide you with a lot of information. If you know what you’re looking for, clouds can tell you about what’s going on above you — and even what you can expect in the coming days.

Before you hike, it’s important to do your research on the weather — ideally using multiple reliable sources. But the weather can change suddenly, and even the most trustworthy weather service cannot always predict unexpected changes.

Clouds are one of the most reliable indicators of weather while backpacking and the skill to discern different cloud types can be especially useful on longer trips where cellphone or Internet service is not available.

One of the key things to remember while watching clouds is to look for the lowering and thickening of clouds, as this often signals a change in weather, particularly precipitation or a coming storm.

Here are 10 types of clouds you’re likely to see while you’re out hiking, and what they can tell you about conditions. | Photos by Jeff Renner

Stratus clouds are sheet-like clouds that are low in the sky (below 6,500 feet) and look like fog that hugs the horizon. These clouds indicate moisture and temperatures will likely warm, as a warm front is often approaching. Visibility is decreased when stratus clouds are present and fog is likely to form. Stratus clouds often develop in coastal areas and are common in the Western Washington region. 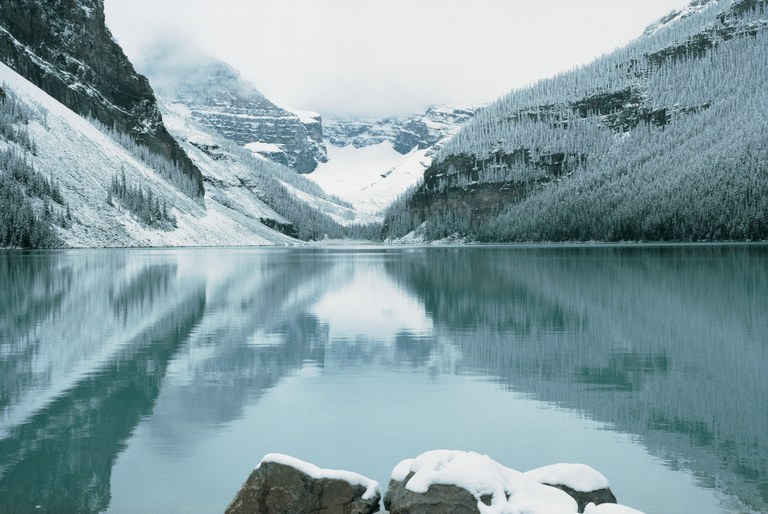 Cumulus clouds are also close to the ground (below 6,500 feet) and appear puffy and cotton ball-like. These are the clouds that children often draw and their tops may be soft and rounded. Cumulus clouds are often referred to as “fair-weather clouds” and it’s common to see them on sunny days. It’s important to watch if cumulus clouds continue to grow upward, because if they do, rain or snow showers, which begin and end quickly, are likely. 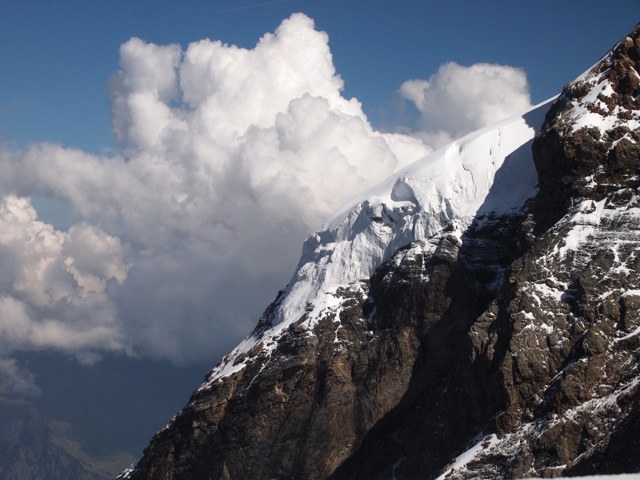 Cumulonimbus clouds are large cumulus clouds that have grown and can tower above 20,000 feet. What’s unique about these clouds is how their base can form near the ground and their tops extend high into the sky. They are commonly known as thunderclouds and can produce a mix of heavy rain, snow, hail, thunder, lightning, gusty winds or even tornadoes. A flat-top on a cumulonimbus cloud is a strong indicator of a thunderstorm. 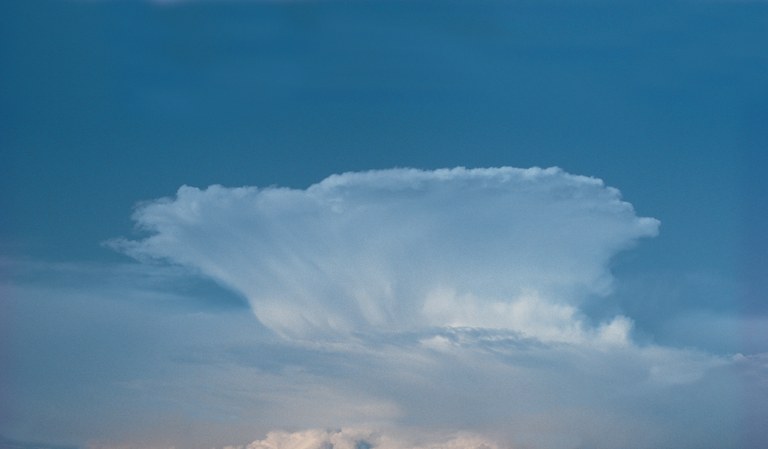 Cirrus clouds are thin, wispy clouds made of ice crystals high in the sky (above 20,000 feet). The name “cirrus” in Latin means “curl of hair.”  They are also described as featherlike. Cirrus clouds typically appear in fair weather and can clear up, but they often signal warming temperatures, rising snow levels and possible rain or snow showers within 24 to 48 hours. If the clouds lower and thicken, it can foretell future precipitation or a coming storm. 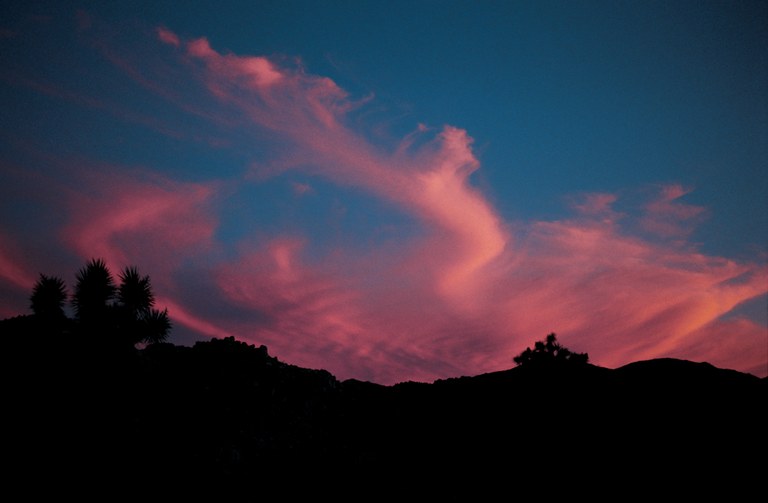 Altocumulus clouds are the most common midlevel clouds (between 6,500 and 20,000 feet). They are puffy but more stretched out in a sheetlike layer than cumulus clouds. The term “mackerel skies” comes from these clouds, as they resemble mackerel fish scales. If these clouds appear on a warm, sunny morning, rain showers or thunderstorms often develop in the afternoon. 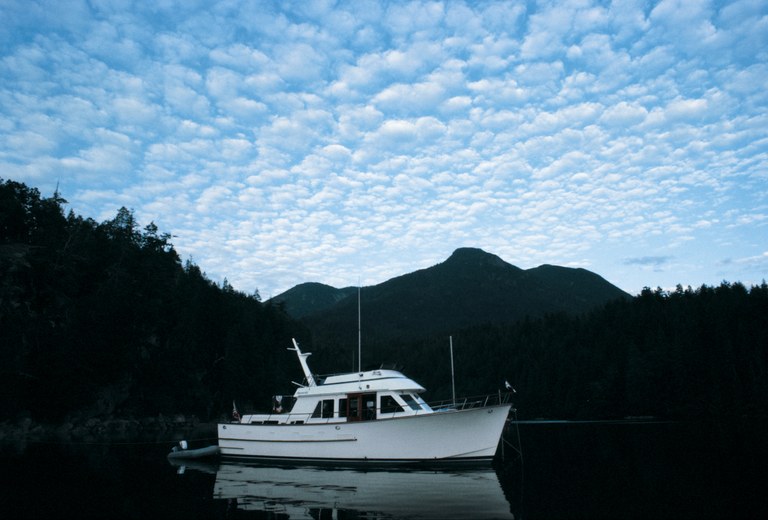 Lenticular clouds, also known as “cap clouds” (like the cap of a mushroom) can be spotted over or downwind of a large peak. These clouds are lens-shaped and are often mistaken for UFO sightings. They may indicate approaching rain or snow within 48 hours, especially with the lowering and thickening of clouds. Though might also predict strong winds downwind of peaks. 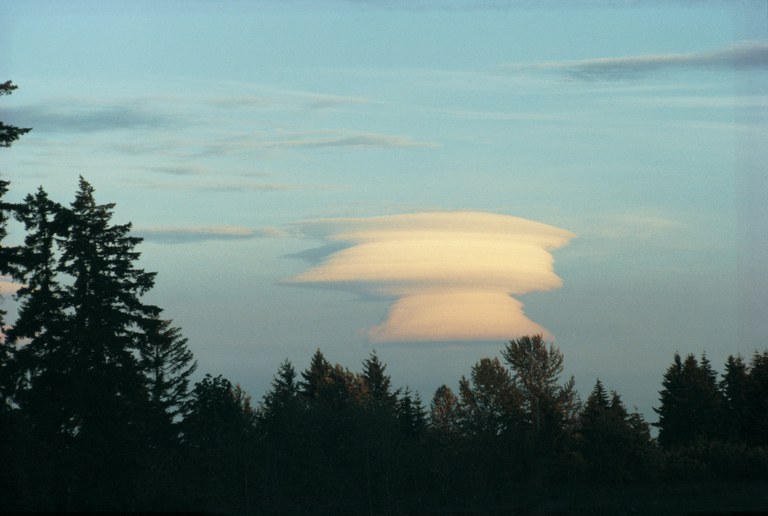 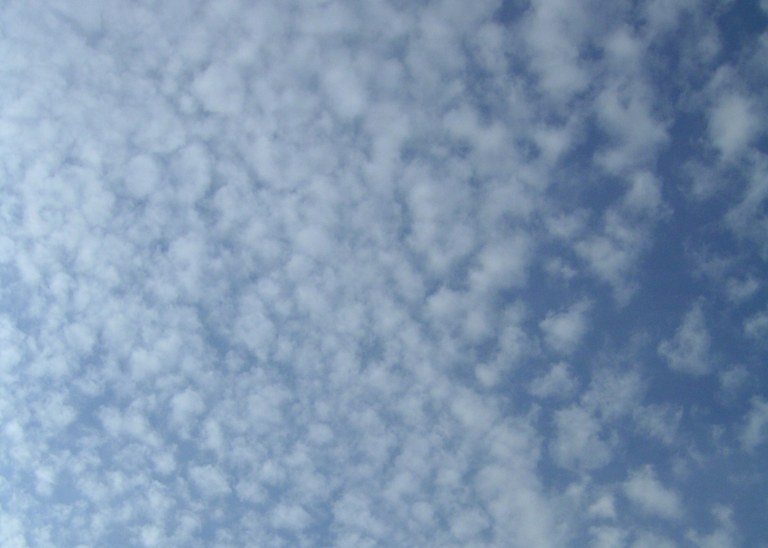 Stratocumulus clouds (below 6,500 feet) look like a combination of stratus and cumulus clouds, as you could guess from the name. They look as though cumulus clouds were smeared across the sky into a lumpy layer of clouds that may be spread out in a sheet or lined up in rows. Precipitation might easily develop, though it is typically light. 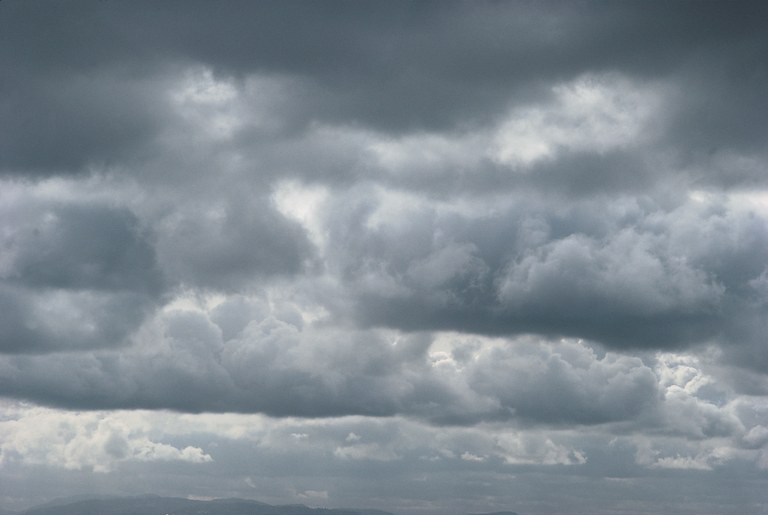 Nimbostratus clouds are typically low-level clouds but can extend to the middle layer of the atmosphere. These are known as rain clouds and are thick stratus clouds producing precipitation, tending to be widespread and persistent. Visibility is poor and the clouds are often dark and blocking out the sun. 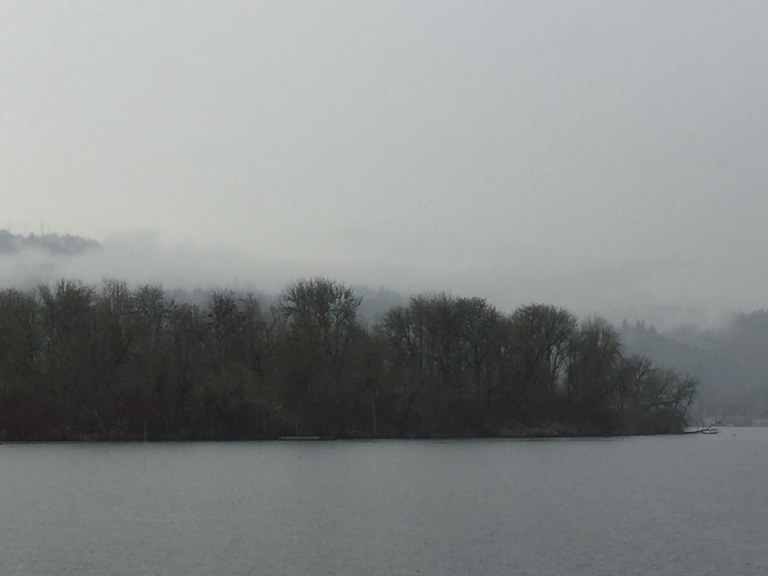 Altostratus clouds are mid-level between 6,500 and 20,000 feet. These are thicker, sheet-like clouds that cover the sky more so than stratus. You can often still see the sun dimly lit behind them. Altostratus clouds often signal the likely arrival of rain or snow within 12 to 24 hours and warming temperatures with rising snow levels. 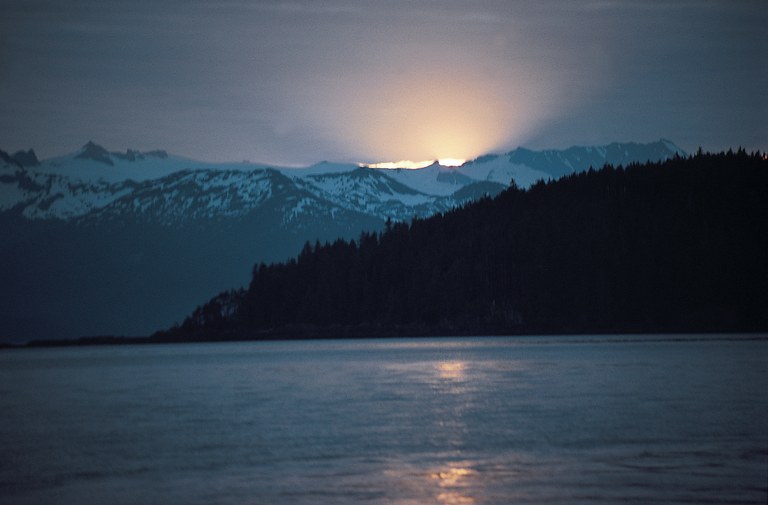