Skip to content
Wapaloosie Mountain, Kettle Crest North, Old Stage This hike is fabulous, but poor hiker planning leads to lots of road hiking (and that doesn't count for hike-a-thon!), so learn from my mistake: if you intend to follow my route, bring a shuttle bike ... https://www.wta.org/go-hiking/trip-reports/trip_report.2013-08-05.0673418334 https://www.wta.org/site_images/trip-reports/2013/img_4651.jpg-1/@@download/image/IMG_4651.JPG

Along the Wapaloosie Trail: sagebrush meets lupine, and the Kettle Crest South stretches across the horizon. 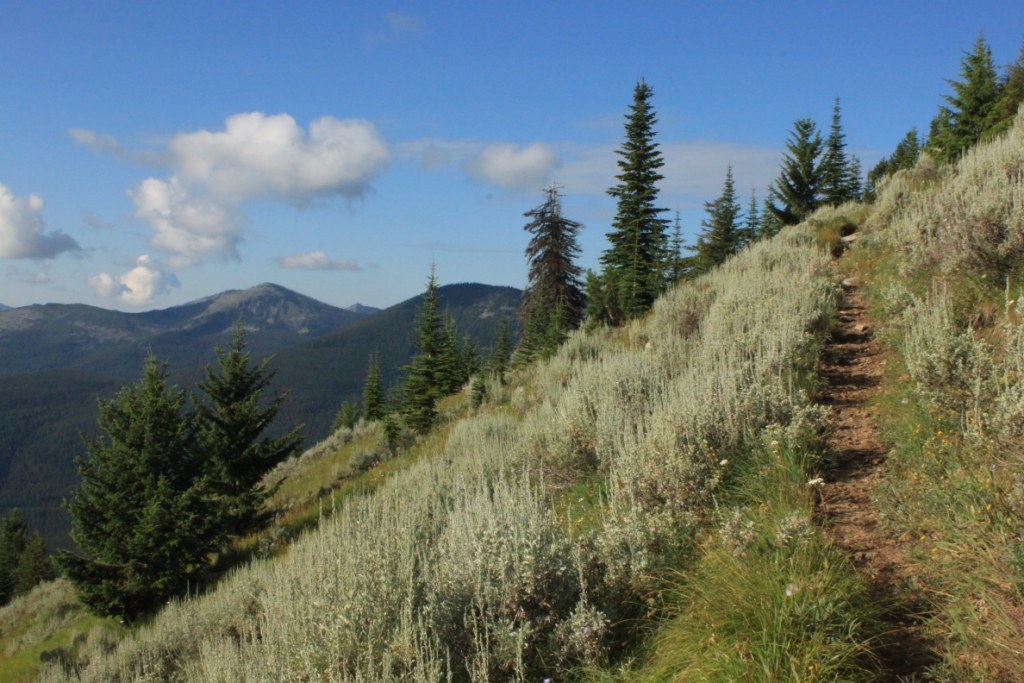 This hike is fabulous, but poor hiker planning leads to lots of road hiking (and that doesn't count for hike-a-thon!), so learn from my mistake: if you intend to follow my route, bring a shuttle bike and save yourself the approximately three mile hike between trailheads. Here's how I would do it differently next time: I would drive my car to the Old Stagecoach Trailhead on the Albian Hill Road. I'd grab my pack, my helmet, my bike, and my bikelock, and ride to the Wapaloosie Trailhead. Then I'd chain my bike in the woods until I was done. Too bad I didn't think about all of that beforehand! Of course, the only reason I didn't think of all that was because I got an earlier start than I anticipated and I didn't want to come home so soon. I hit the trail a little before 7am, and I hiked the 2.7 miles from the trailhead to the Kettle Crest by 8am. From there I planned to wander out along the Kettle Crest (south) to the old sheepherder camp by the Jungle Hill trail. This is one of the prettiest segments of the trail, but I did it and was back to the Wapaloosie Trail by 9:30am; it was way too early to head home. That's when I remembered that the last time I hiked Wapaloosie, I bagged Scar Peak then continued over to Copper Butte and exited via the Old Stagecoach Road. I had plenty of time, so that's what I decided to do for today, too. The lupines are still in full bloom on Wapaloosie, but are almost finished on Copper Butte. I encountered NO downfall on my entire route; this is almost unheard of since the trail crosses though so many old burns, but it's true and it was fabulous! I saw several mule deer, was spooked by several grouse (they always wait until I'm about to step on them before they fly), and was serenaded by more songbirds than I could name. The thunderstorms held off until I was safely off Copper Butte (two rumbles before I got there, then silence until I was on the Stage Coach Road...then it was a little scary but at least I was off the highpoint). I only saw three people on horseback during the entire hike.
It must be the shade. The lupine is in full bloom on Wapaloosie, but is nearly done on (higher) Copper Butte. The snag marks where the Wapaloosie Trail meets the Kettle Crest Trail. 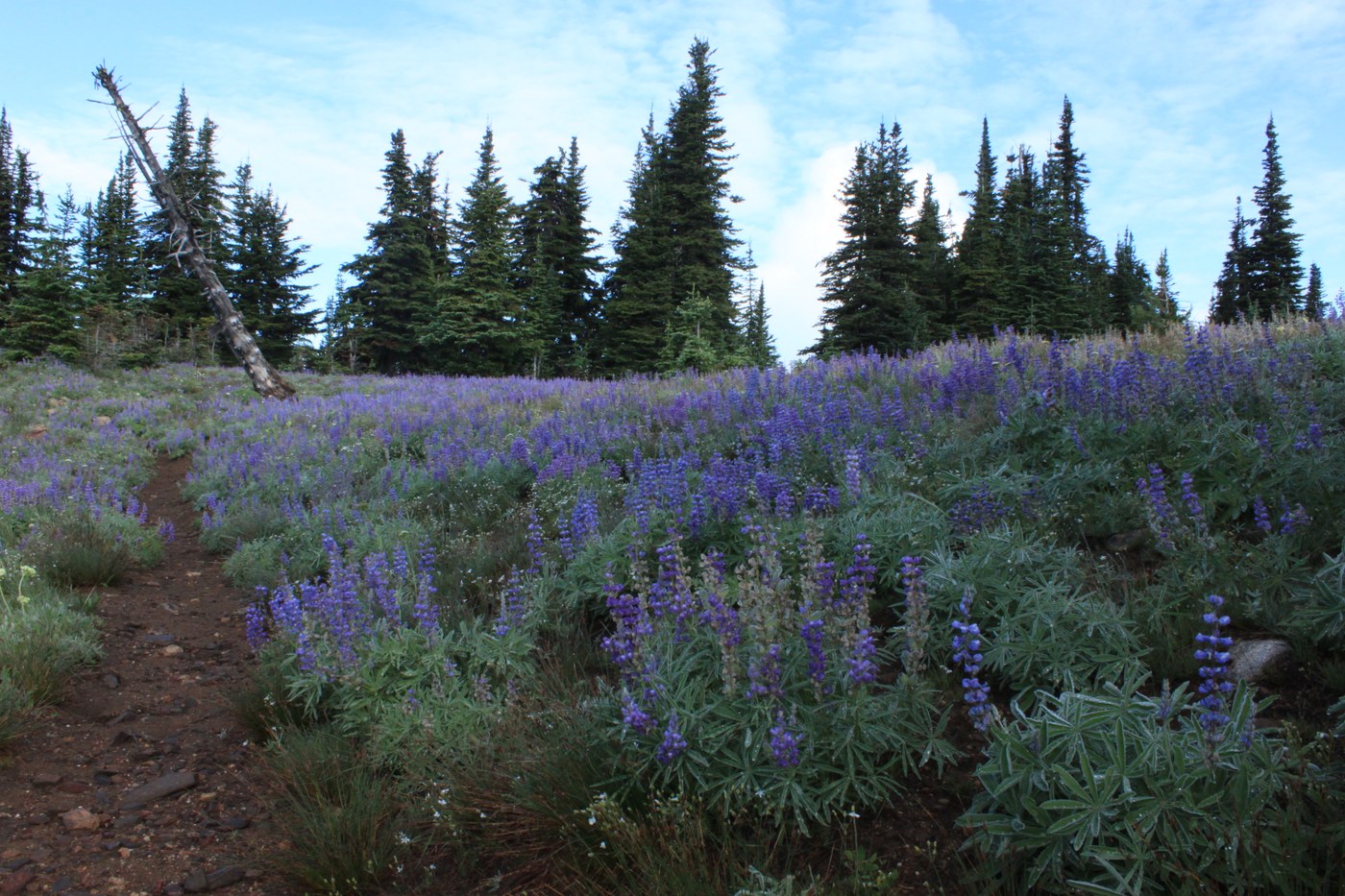 This is Wapaloosie Mountain, elevation 7,018'. The trail skirts the summit, but it's an easy scramble of less than 1/2-mile to the top. 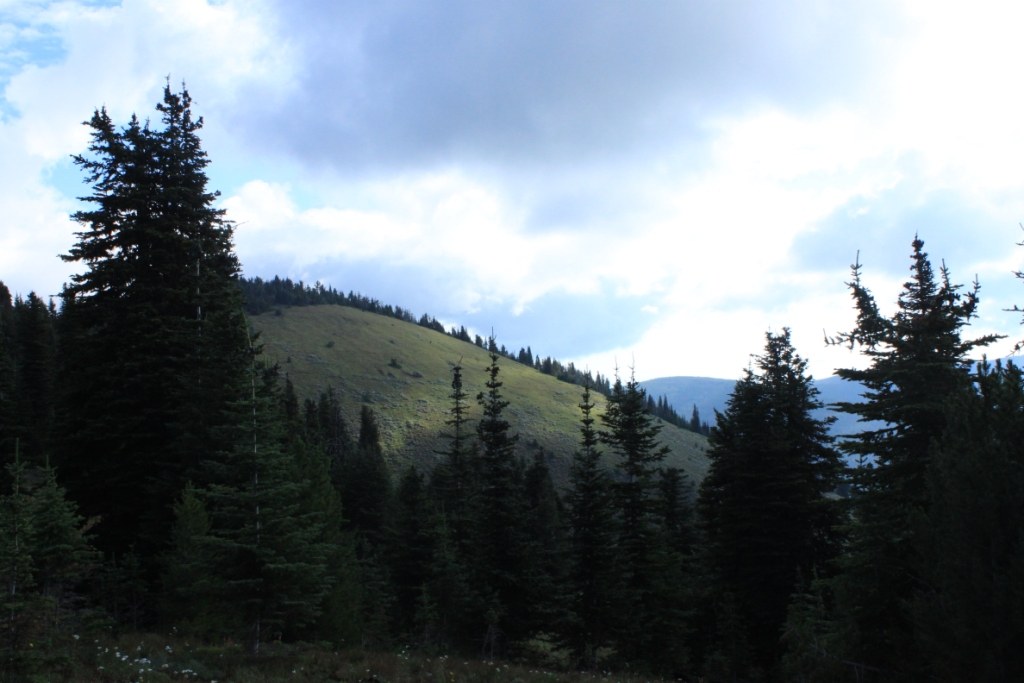 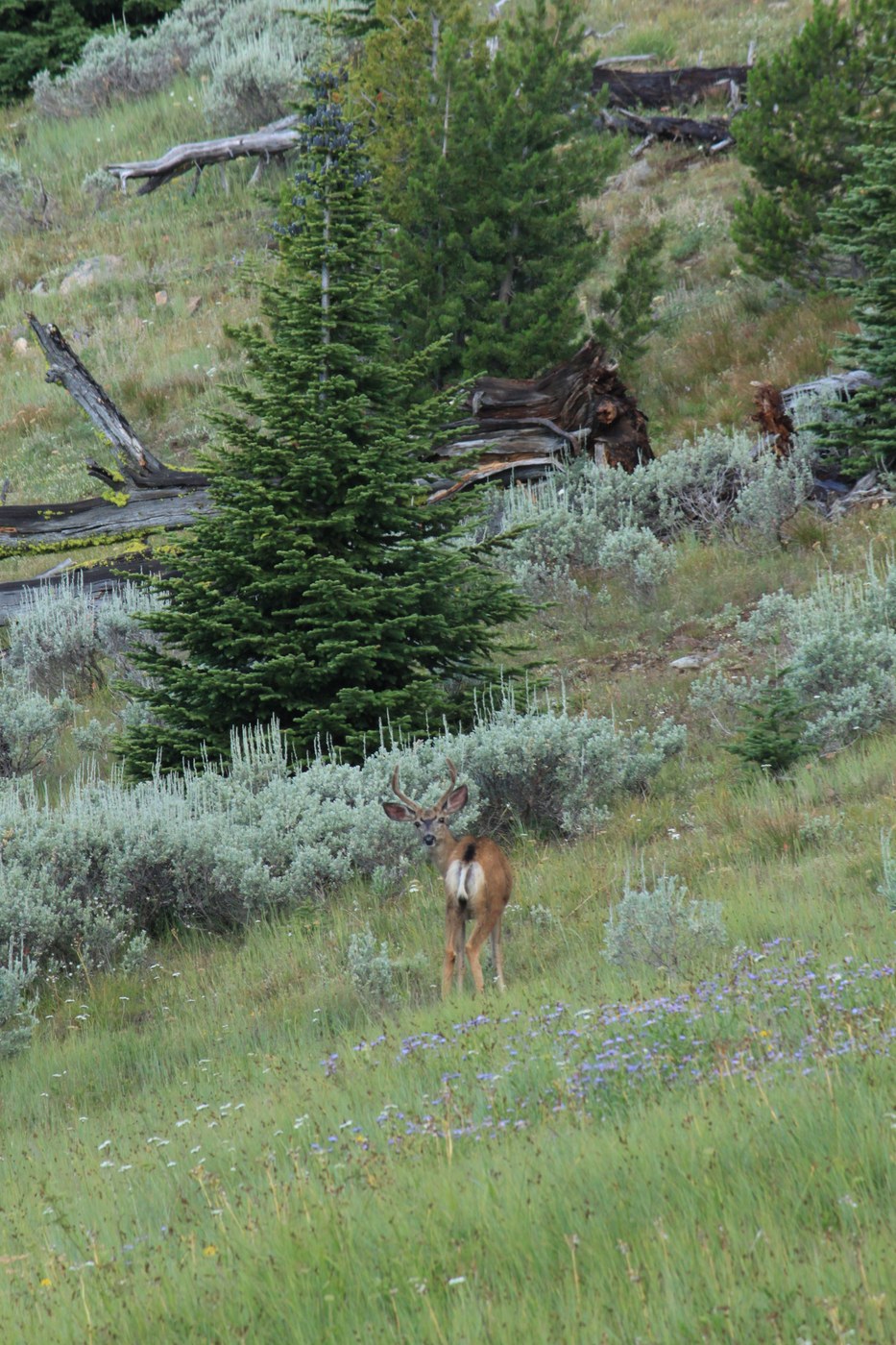