The Big-Picture Approach to Saving Our Trails
The Coyote Trail is a remote trail in the Goat Rocks Wilderness. This past summer, the trail was used as a reroute along the PCT thanks to the work of WTA volunteers who helped bring the trail back to its prime. Photo by Travis Cox.

The Big-Picture Approach to Saving Our Trails

Through our Lost Trails Found campaign, we're working to save tomorrow's trails, today | by Rachel Wendling

The wilderness can be unpredictable. Avalanches, mudslides, wind storms, floods, fires — any of those can lead to partial or complete trail closures. A single environmental event can have detrimental effects on a trail system and sever access to entire areas. It can take weeks, months or even years for trails in an area to recover from a catastrophic event. Sometimes, trails are lost forever.

The closures, access and trail loss associated with an environmental event can be minimized by working toward a sustainable trail system in which Washington’s trails are able to stand the test of time. Sustainable systems can not only withstand environmental impacts through smart trail layout and design but also rebound quickly when disaster strikes by offering multiple access points and reroute opportunities to make sure hikers can keep hiking. 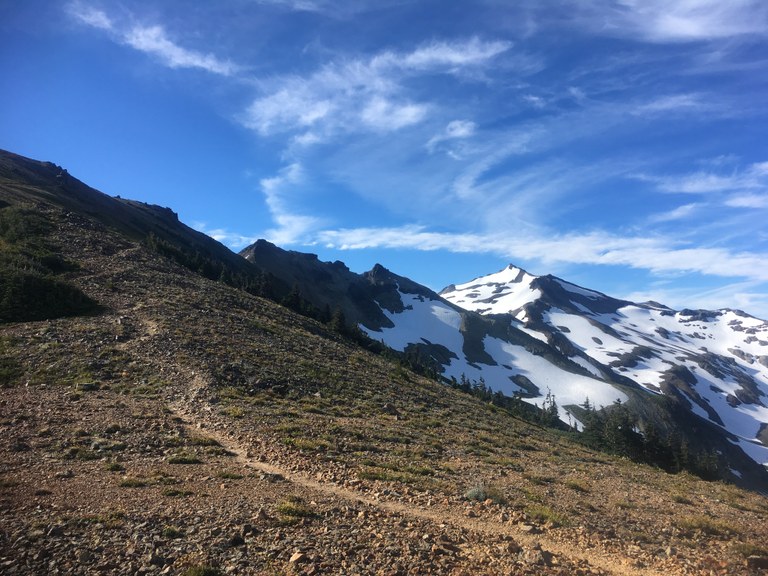 Striking scenery off of the Coyote Trail. Photo by Travis Cox.

Through WTA’s Lost Trails Found campaign, we are helping to improve trail systems and prevent trail loss around the state. Thanks to our volunteer trail maintenance program, voices in Congress and collaborative work with land managers and fellow organizations, we are making a difference in the health of our trails.

WTA gets to work

This past summer, two of the priority areas in our Lost Trails Found campaign — the Goat Rocks and Pasayten wilderness areas — got a major boost from our volunteer trail maintenance program.

WTA has focused trail work efforts in the Goat Rocks since 2015, with more than 22 backcountry volunteer trips in the area — three this past summer alone. Crews have worked on trails from Nannie Ridge and the Packwood Saddle to Angry Mountain and the Coyote Trail. Our volunteers have removed hundreds of logs as well as brushed and retreaded miles of trail across the wilderness. Over the past two summers, volunteers on three backcountry trips to Coyote Trail removed close to 300 fallen trees, repaired washouts, repaired tread and built rock walls to help restore the trail to nearly tip-top hiking condition. 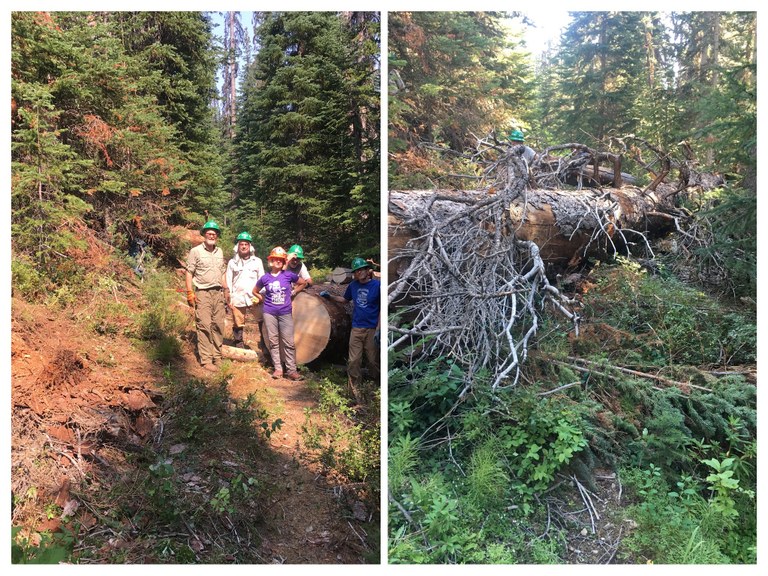 Volunteers made some massive improvements in the Pasayten. Photo by Beth Macinko.

In the Pasayten, WTA held five trips this past summer, including work as far east as Horseshoe Basin and as far west as Holman Pass. On one weeklong volunteer vacation, the crew set out to the Pasayten Airstrip via the Middle Fork Pasayten Trail and were able to log out 4 miles of the Boundary Trail and another 1.5 miles along the Rock Creek Trail.

The PCT sees thousands of thru-hikers per year, many of whom are traversing the Washington section during the month of August. With fires burning near the PCT, a reroute needed to be established — quickly — to help transport hikers through the Goat Rocks and on to the Canadian border.

The new diversion utilized the Coyote Trail past Chimney Rock to the junction with the Packwood Trail and eventually back to the PCT. Without the multiyear effort from WTA volunteers to help clear the Coyote Trail, it would not have been fit to handle the load of PCT hikers it saw over the course of the season. 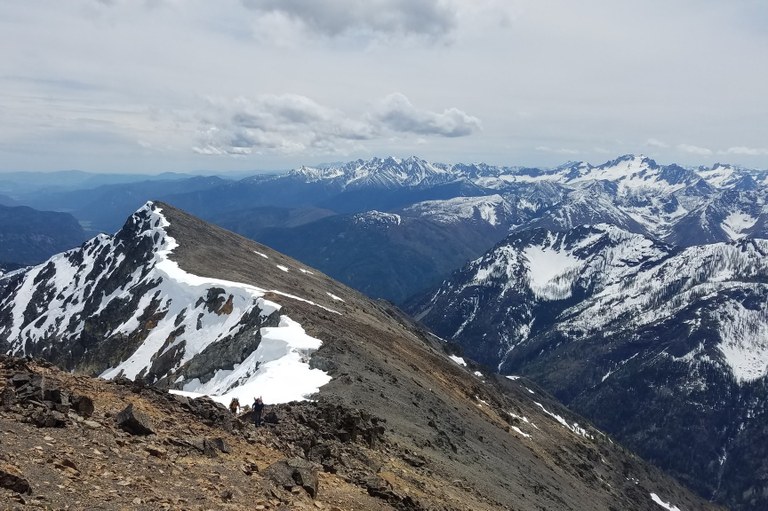 In the Pasayten, another August fire reduced access to the PCT, making the northern terminus unsafe to reach. A new route was quickly established using the Robinson Creek and Rock Creek trails to circumvent the fire, adding only 4 additional miles to the already 2,600-mile journey. The log-out done by WTA volunteers only weeks before helped make this reroute as safe and accessible as possible for thru-hikers.

While environmental hazards are never completely avoidable on trail, our work is helping to mitigate the damages, offer alternative routes and maintain access for all hikers to reach their destination.

This article originally appeared in the Nov+Dec 2018 issue of Washington Trails magazine. Support trails as a member WTA to get your one-year subscription to themagazine.