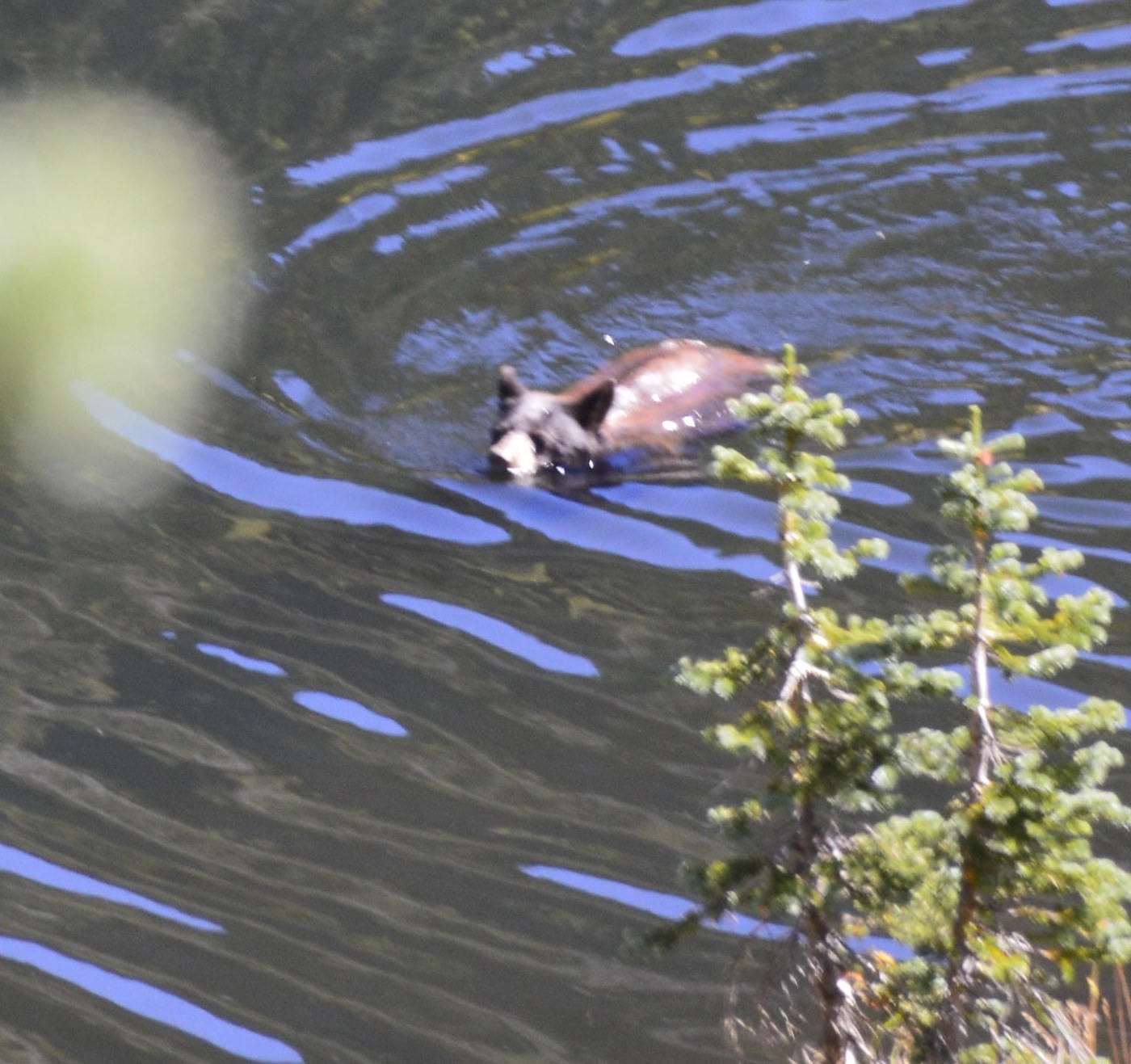 This is more a bear report then a trail report.  When you first sight the lakes thru the trees I was examining and photographing a tree with scratchings at the base wondering if it was the cubs or bobcat.  A unmistakable noise came from up hill and ahead of me when I looked the young trees were swaying back and forth.  I moved back down the trail as I did not know which direction the bruin was going once they reached the trail. She headed down hill to the basin and her cubs followed.  I was able to photograph them from the trail as the family made their way to the small pond for a swim. I even saw mama turn and playfully take her paw and dunk her cub.  As they emerged from the water there were 2 people at the lake who had continued to move closer, mama's ears went up and focused on the threat.  At that point I shouted give her space and they moved back. The family continued along the spit and to the far side of the lake and disappeared into the woods. I hope we all can continue to have such magical encounters while respecting her space. We are visitors in their home. Not all mama bears would be so tolerant of such an intrusion. 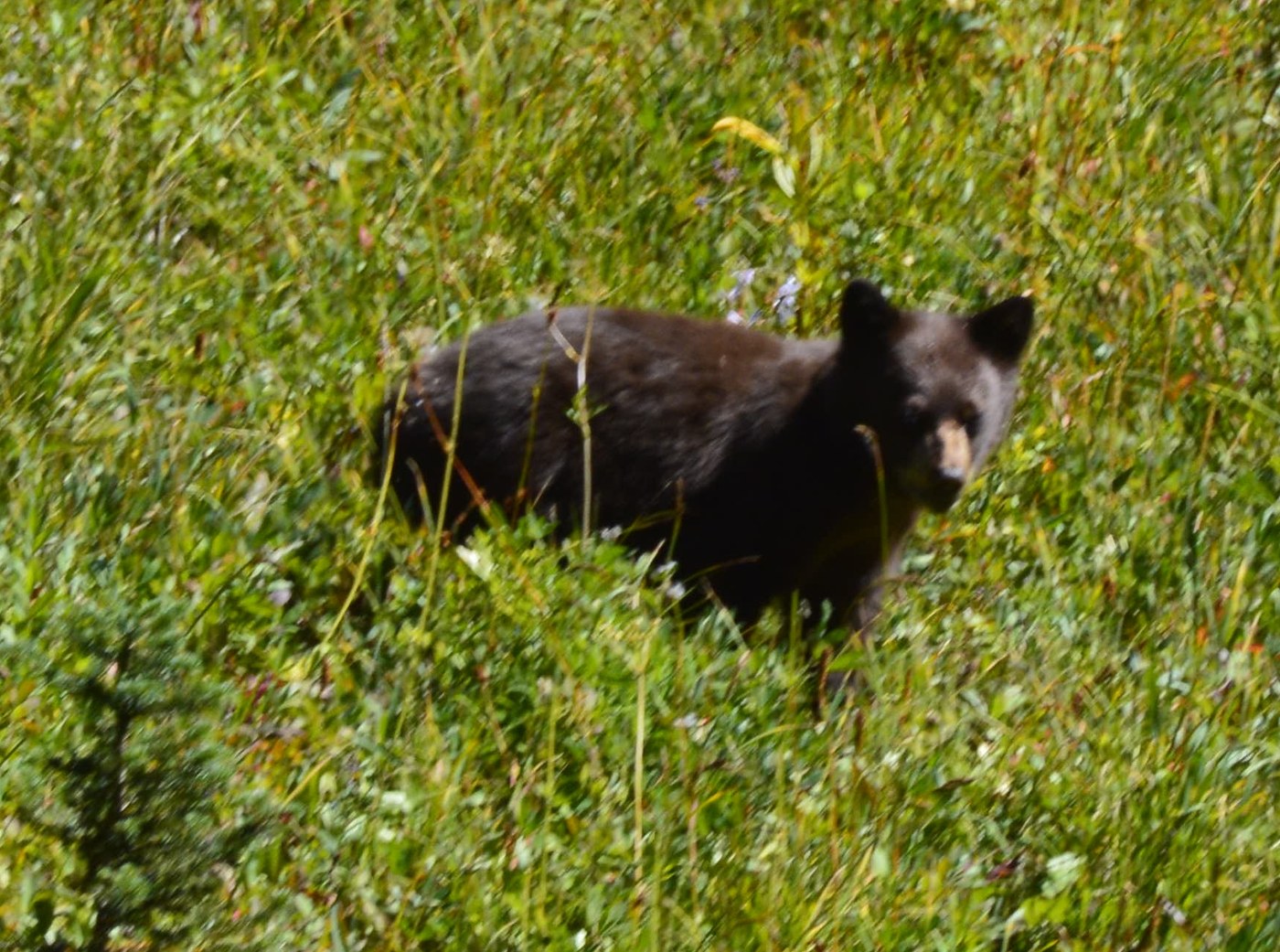 We likely crossed paths yesterday: I am one of the people in that separated group of 2 men and 2 women. Thanks for your report and photos! We did not see these bears but glad to know they are there.

Yes I remember your group! Sure your trip was amazing in spite of no bear sighting. I was extremely lucky! Seeing all the munched on flower stocks thru the meadows means there must be a healthy population in that area. Happy trails!

Oh wow, what an incredible thing to see in real life! I am so jealous, especially the very adorable-sounding playful dunk. Thank you so much for sharing the story and the pics!

Thank you! Not sure I can ever top that wildlife encounter. Just set the camera to burst though lost clarity on photos when I cropped in. I am no professional.