The Barrier from the Skyline Lake Trail. 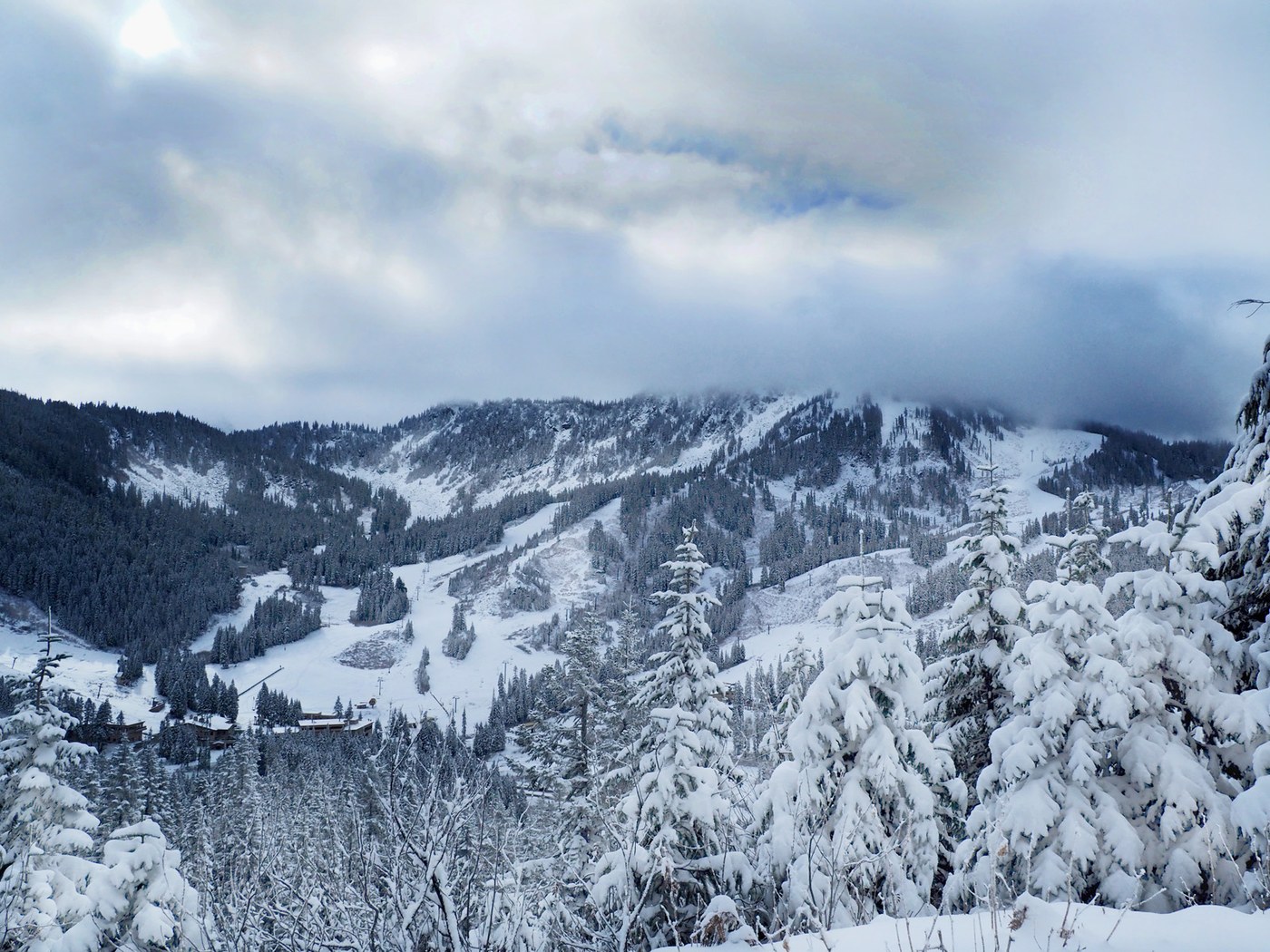 Nice fluffy snow today. It has been dry enough with no thawing the hard crusty "Cascade concrete" has not had a chance to form. The lower part of the trail has about two to four inches on it. The higher I went the deeper it became. Once I was on the cutoff to the lake the depth was about a foot. When I got to the lake I went along the north slope to the west end and that was a chore as I was breaking trail through about fourteen inches. I did make it but I could see that attempting to go up toward the rock garden was going to be to much of a challenge today. I didn't use snowshoes, but I did use micro-spikes and gaiters. That was fine until I got into the deep snow. With powder like snow there was no need at least to worry about post-holing.

The "partly sunny" forecast was not be unless I counted a few minutes on the descent around 1pm. Most of the day there were threatening clouds to the south that had a darn right ominous look to them. The entire trail would certainly be good for snowshoes. 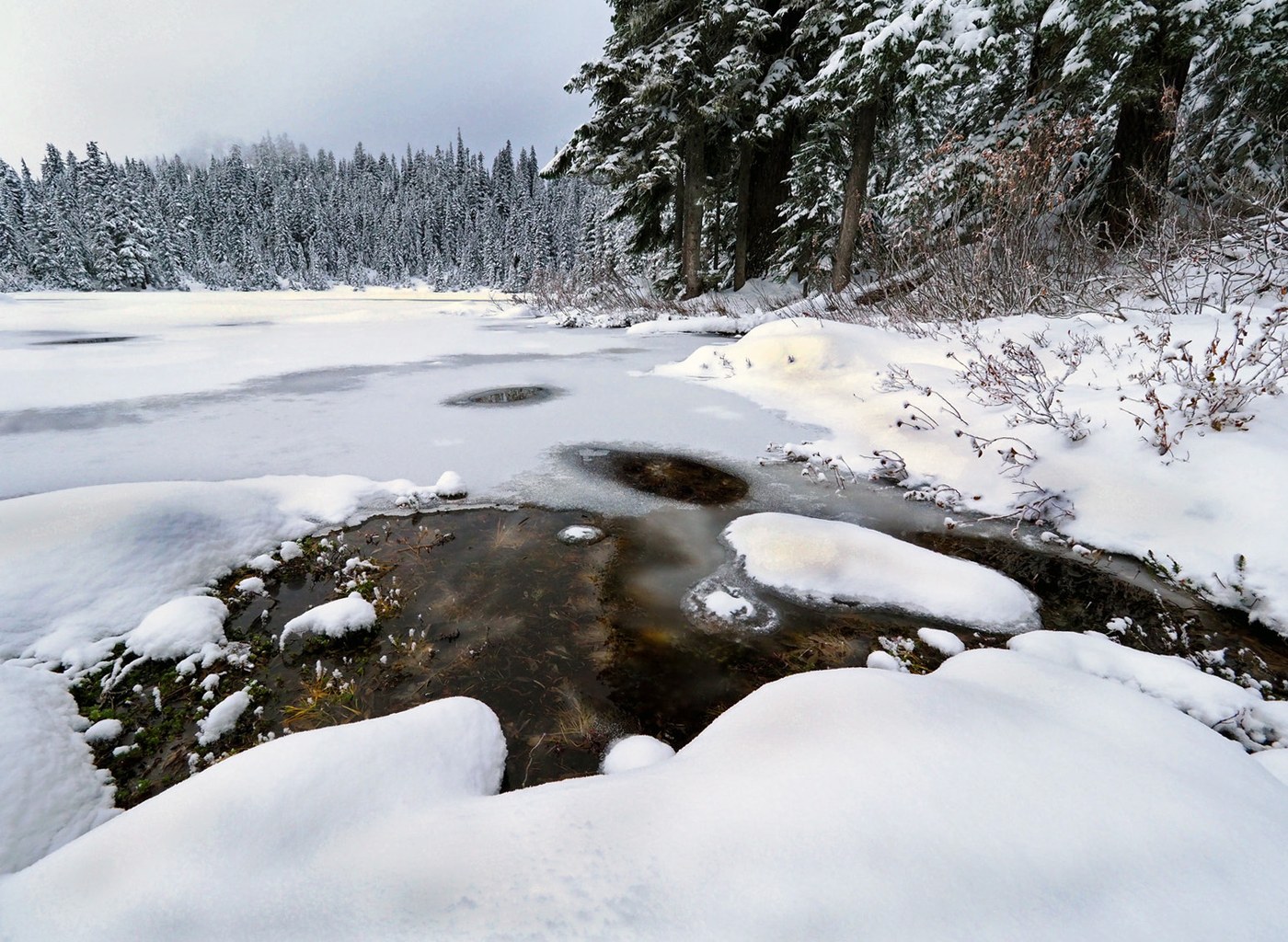 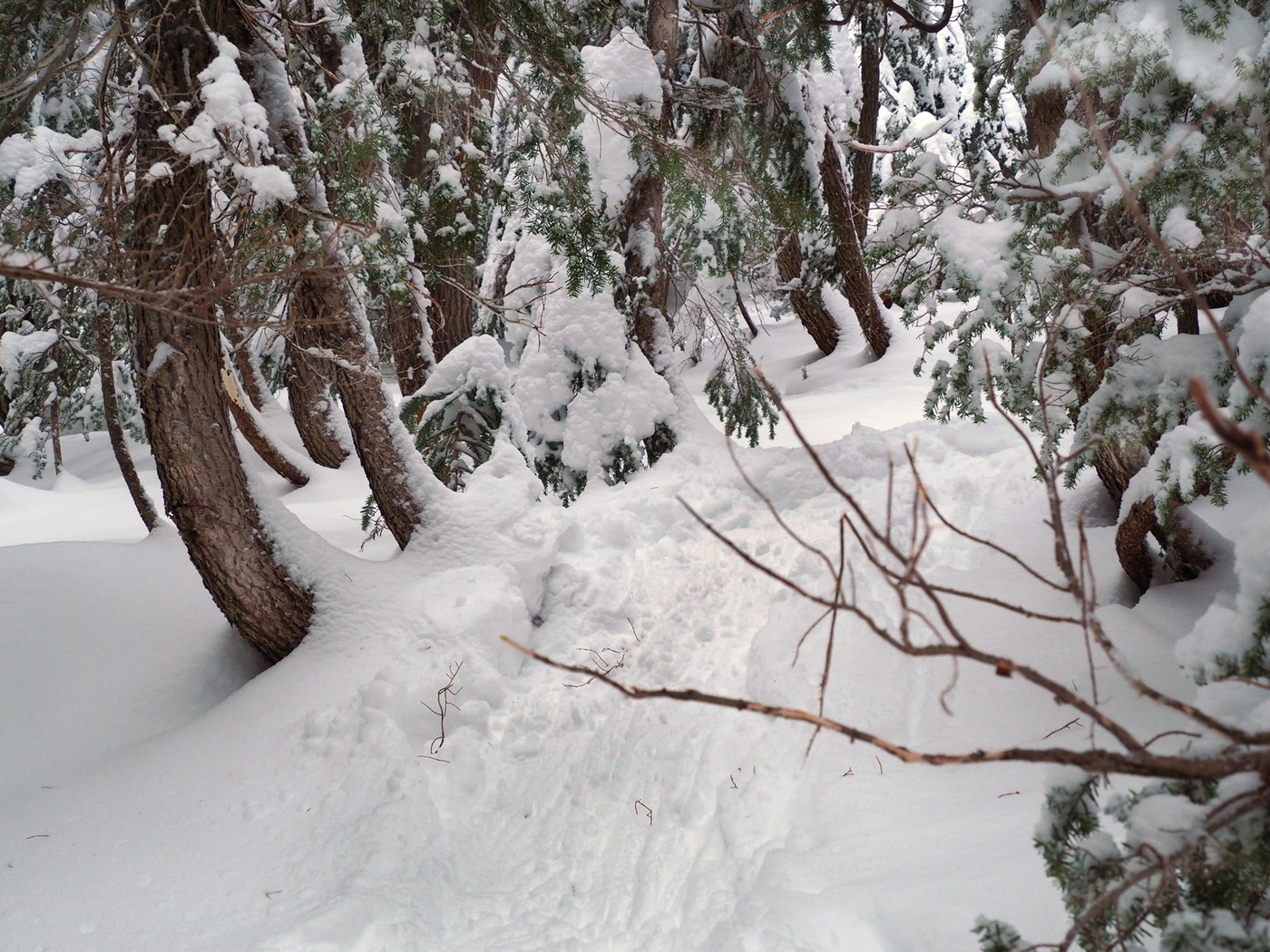 Hiker on the descent in the afternoon. 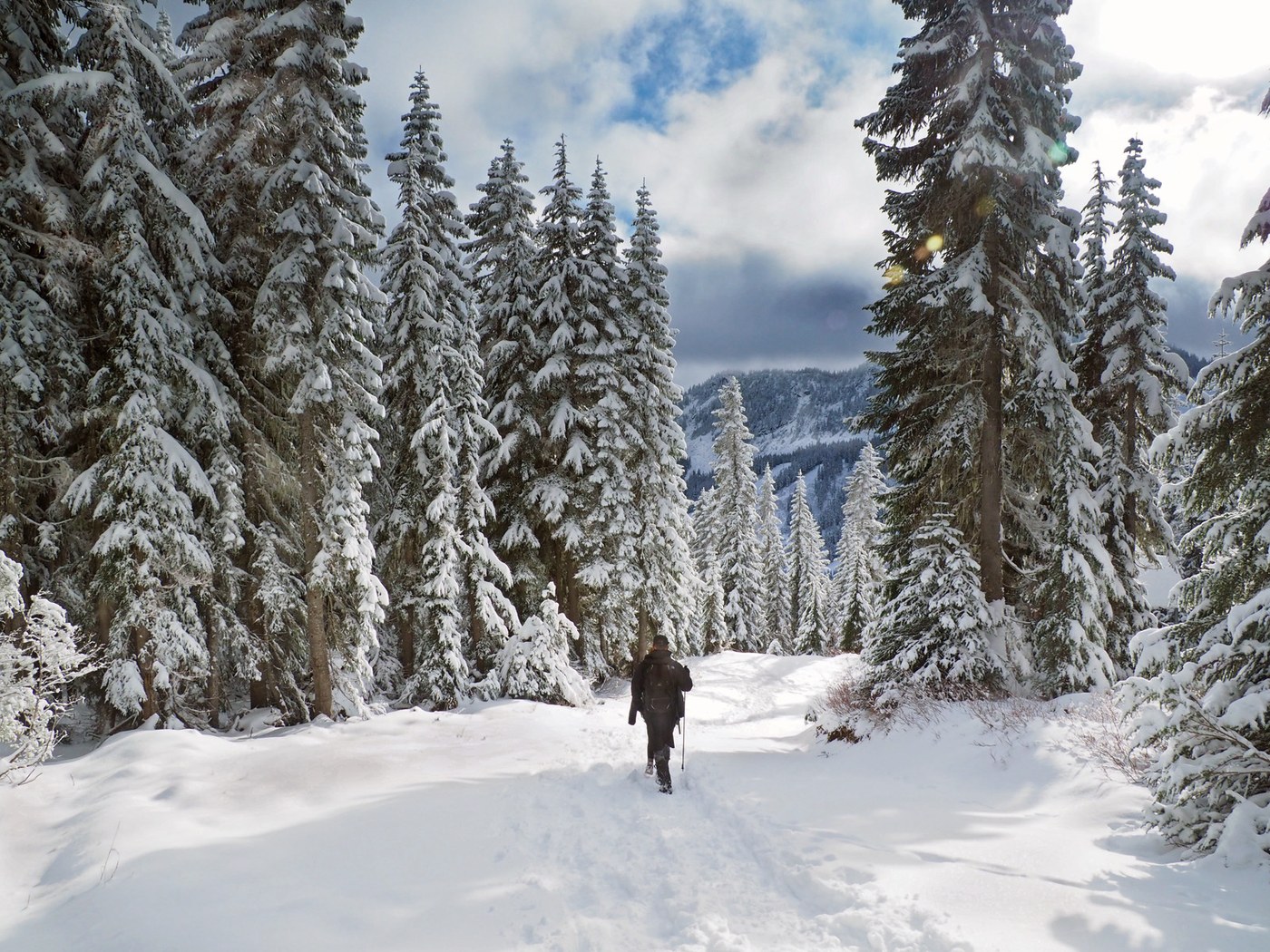 Thanks for your trip report! Where did you park-- Steven's Pass Ski Resort or Nordic center? Was it plowed?

I parked on the north side in the upper lot across from the Stevens pass ski resort. The lot was not plowed but at the time the snow was about four inches.