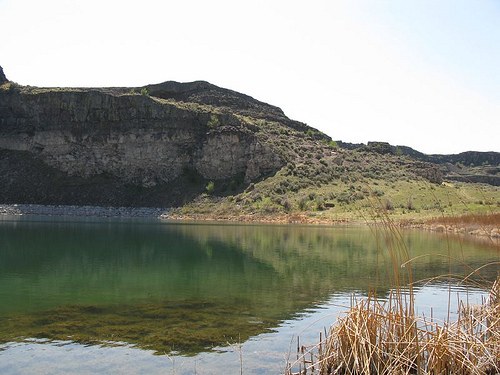 Ancient Lakes 4-24-09 This was my 30th hike of the year, I’m half way to my goal and it’s only April. I choose this hike due to all the lakes and waterfall and easy elevation. My knees are still healing after Orcas weekend with the Barbies. I left my house at 7 and was at the TH just after 10. It was really out there in the middle of nowhere. I like these types of places because they are not as crowded. I saw two women with horses that were very friendly and a few guys looking like they packed enough gear for a month of camping. I chatted a second and then off I was. The ground was sandy and soft under my feet. I wore new shoes I was trying to break in and this did not turn out well in the end. Lesson learned, blisters recovering today. I took the fork left and headed to Ancient Lakes and soon saw a waterfall very small trickling down from the rock wall and thought that was “THE WATERFALL”. But I remembered from reading it went into a lake, so that couldn’t be it.. it was lovely and I kept walking and wild flowers were out and beautiful. I took tons of pictures and as I reached the crest of the trail where you could see 3 lakes at once and saw the actual WATERFALL into the lake, I felt like I was in prehistoric times. I could imagine the cave men & women and how they felt in those days. It was really breathtaking. This hike is now on my top 5 list! The colors jades, blues, butterflies, rocks it was truly fantastic. And I saw one tent, and only one person near a lake on my way out. Besides this two others were coming into trail when I got to my car. For only a 3 hour drive, the rewards were fantastic! And there were so many camp spots around the lakes, with fire pits already for someone. If I had gear, I would be backpacking here now! I’m sure it’s cold at night, but so worth it! I made my way around the lake with the waterfall along the edge is a trail, I saw what I thought was a marmot, but more round and flat tail..I couldn’t get a photo before he scattered off into the brush, but later I saw this tree and figured it was probably a beaver. I checked out each lake and the time flew by, I wished I had another 8 hours to explore this area. Next time I will take the right to Dusty lake and camp here. Truly an amazing day weather was perfect! My photos do not do this place justice, some are a bit washed out, must have been the light. Stats 5 miles or so. 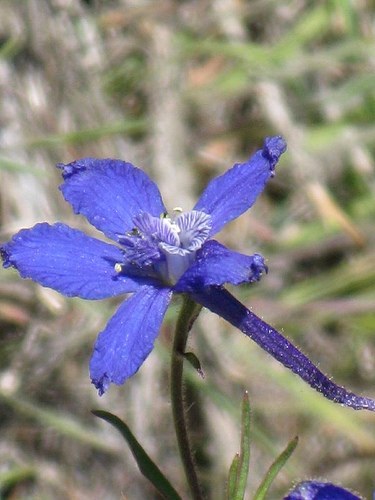 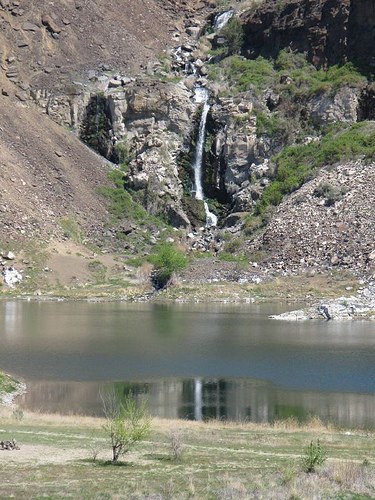 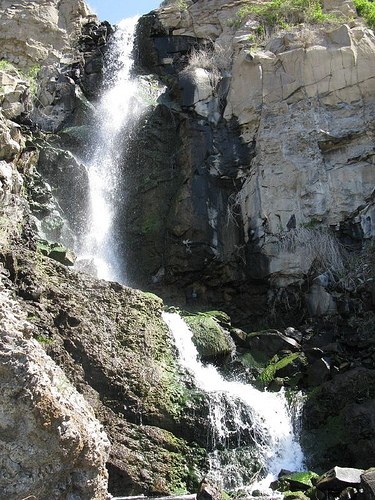