Print
From middle of Lanham Lake looking north toward our camp 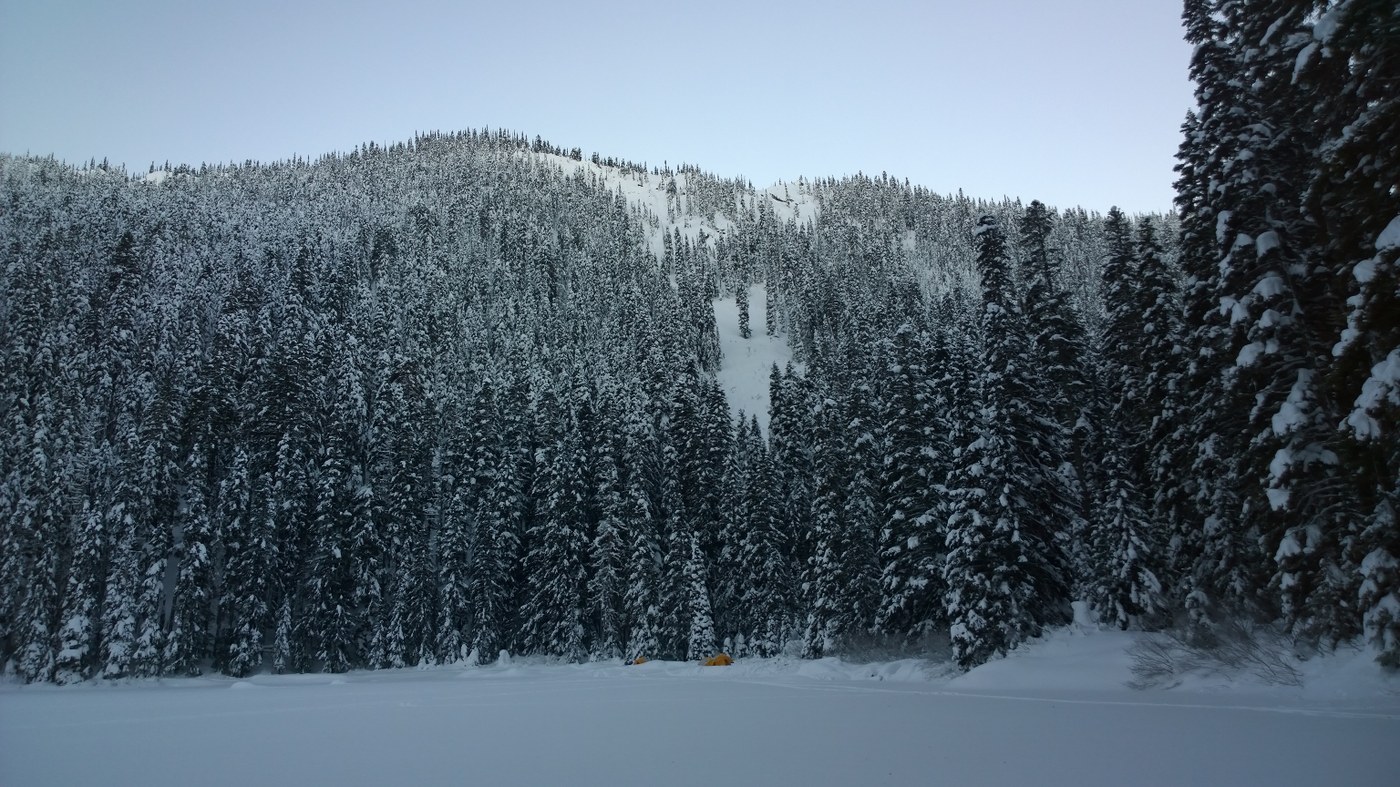 these trails in our Hiking Guide
Our group snowshoed to Lanham Lake on New Years Day and overnighted at the lake. The skies were clear and temps were in the teens when we arrived around 1p. The hike was clearly marked and, while the snow was relatively deep with the recent storms, wasn't difficult to navigate. As an earlier reviewer remarked, there are a few minor obstacles along the trail, but nothing major. Snowshoes are a must. We did see a family with young children at the beginning of the trail trying to push ahead in snow boots but it was tough going. We overnighted at the lake and picked the coldest night of the season. Temps were well below 0F. We were well-equipped with four-season tents, 0F sleeping bags, etc., but cooking was a challenge as all of our water was frozen solid. Melted snow in the morning which is obviously time-consuming and gobbles fuel. The lake was frozen . . . about an inch think at the center. There were a couple XC trails already marked across the lake, but I would still be cautious about doing too much in the center of the lake. The hike down was much easier Saturday morning. We passed several groups headed up the trail around noon. With the clear skies, it was remarkably beautiful with most trees still heavily weighed down with snow from the Christmas storms. Bottom line, hikers should be prepared for backcountry conditions and come adequately equipped. There have been too many news stories recently about stranded or lost hikers. If you're new to winter hiking, REI offers guided hikes in the area (including Lanham Lake).
From lake looking SW 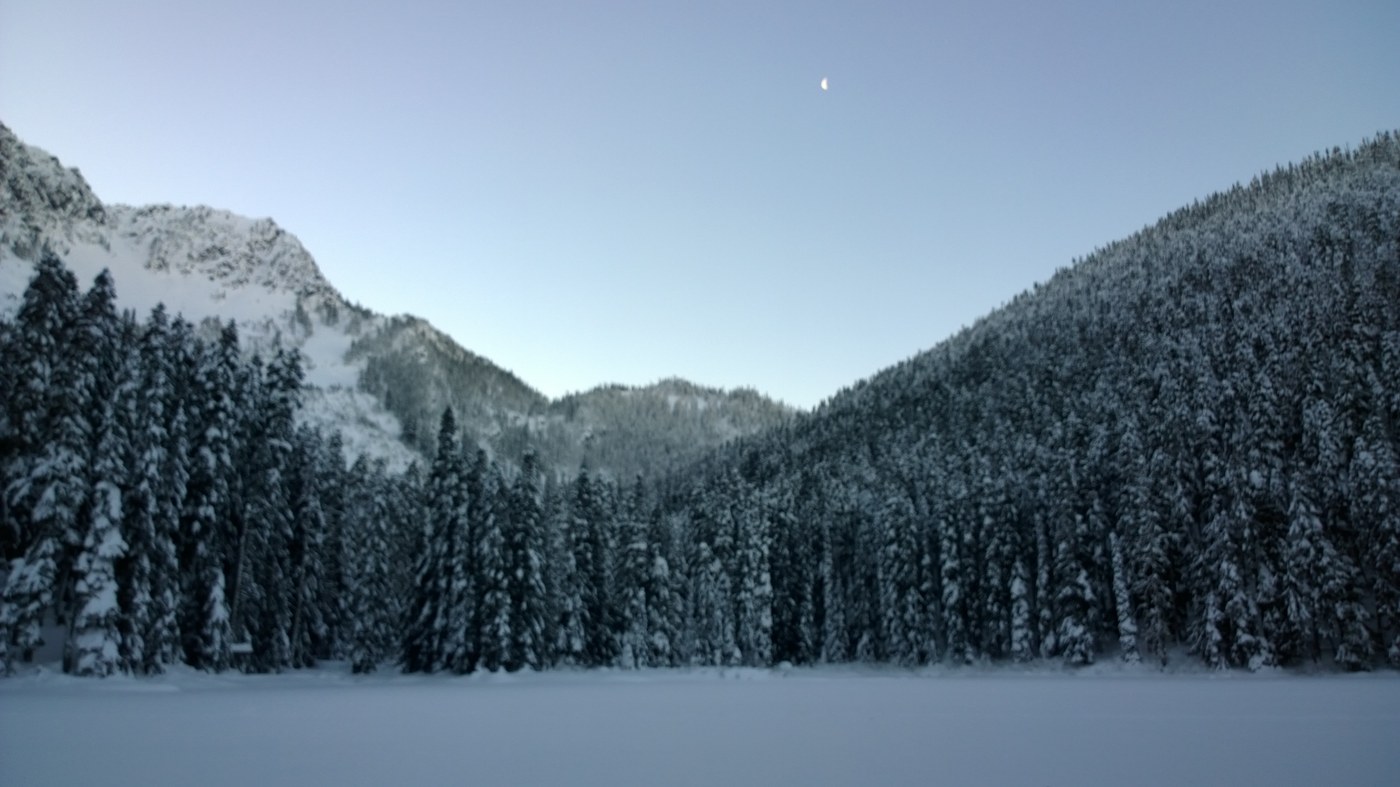