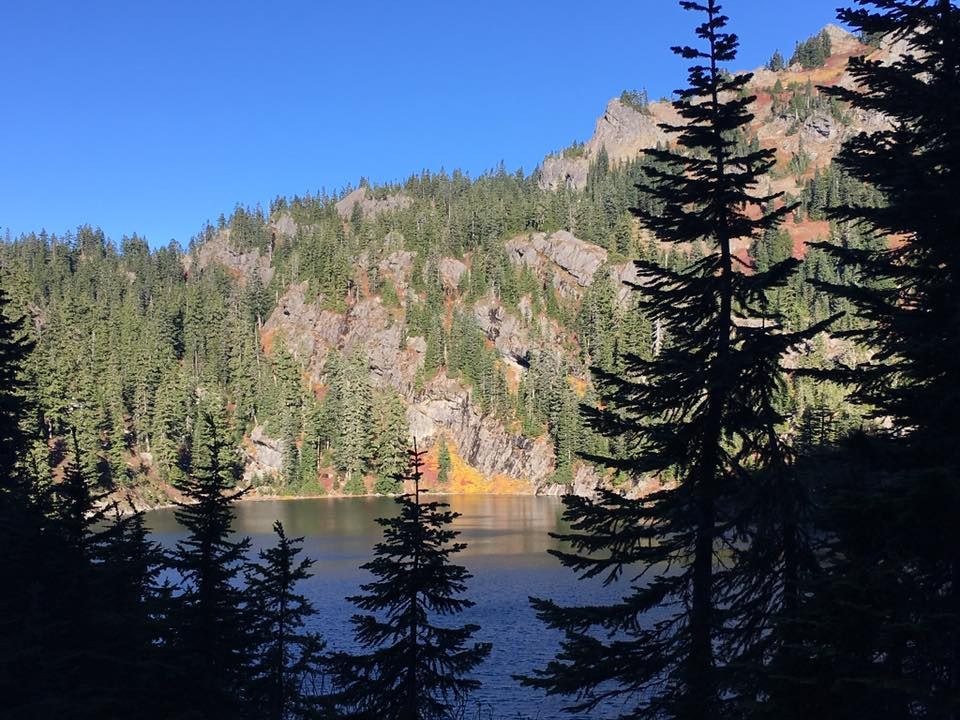 The weather was looking to be nice for the weekend and my boyfriend at the time said we should go on a hike. Not knowing what was in store, I agreed, thinking it was going to be just a normal day of hiking for us. We got to the trail head pretty early and didn't see another person for the majority of the hike until we reached the lake itself. This is a pretty tough hike- very uphill for most of the way, but it offers some pretty views. I complained virtually the entire time and did not have my best attitude that day. My boyfriend kept assuring me that the view would be worth it, and he seemed to be hiking at hyper speed which was destroying me.

We first reached Twin Lakes and they were pretty to look at, but I knew Lake Lillian would be way prettier. The fall colors were everywhere with tons of reds and gold colors all over and it was absolutely gorgeous out. The weather was sunny and warm, and there were some patches of snow here and there which was also very beautiful.

We continued to press on uphill to our final destination, Lake Lillian. We climbed up the right side of the lake along some rocks, which leads you to a back area where there are lots of great rocks to sit on and a peekaboo view of the lake. I decided since I worked so damn hard to get there, I might as well take a picture of the lake. I got out my camera and took a picture, and when I turned back around, my boyfriend was down on one knee holding a box with a ring in it! I was incredibly surprised and blacked out at that time, not hearing a word he said, but I said yes and he put the ring on my finger. He prepared a nice meal of tomato soup and ham and cheese sandwiches, which I couldn't eat because I was in shock. I immediately felt terrible for complaining the whole way up the hike and I also immediately regretted not showering that morning or wearing any makeup.  It was the perfect setting that represented us well, and we had the lake to ourselves. On the way out, a nice couple took a picture for us, so thank you! :)

I tripped on rocks and roots the whole way down because I kept staring at the ring. Needless to say, my attitude changed considerably for the descent. Overall I would say this hike is very tough but rewarding with the beautiful view of the lake, especially in the fall. I could easily see this being pretty sketchy with deep snow, though, so be careful. 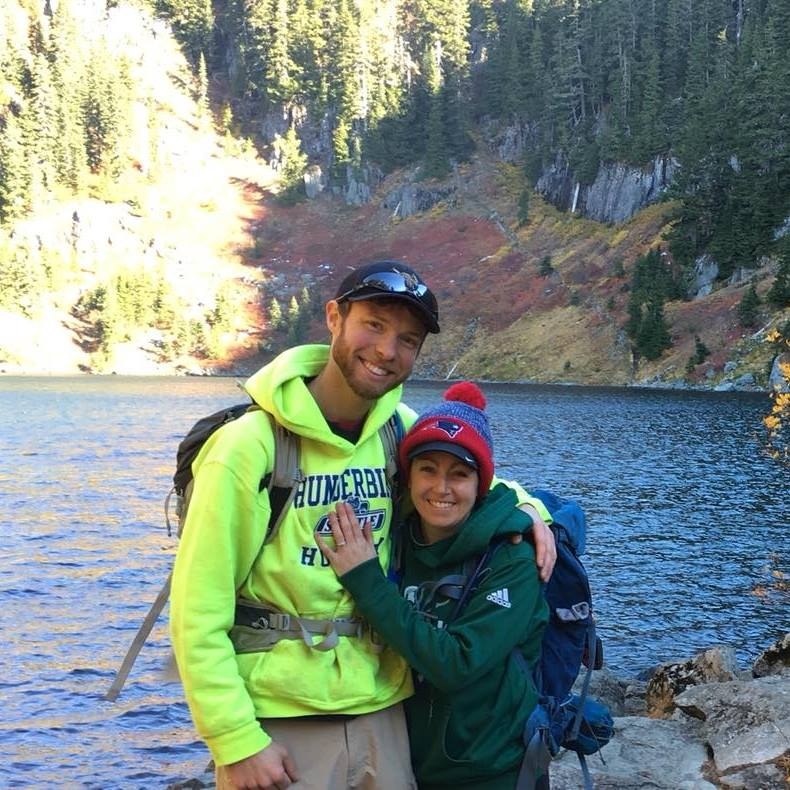 Our furry witnesses to the engagement 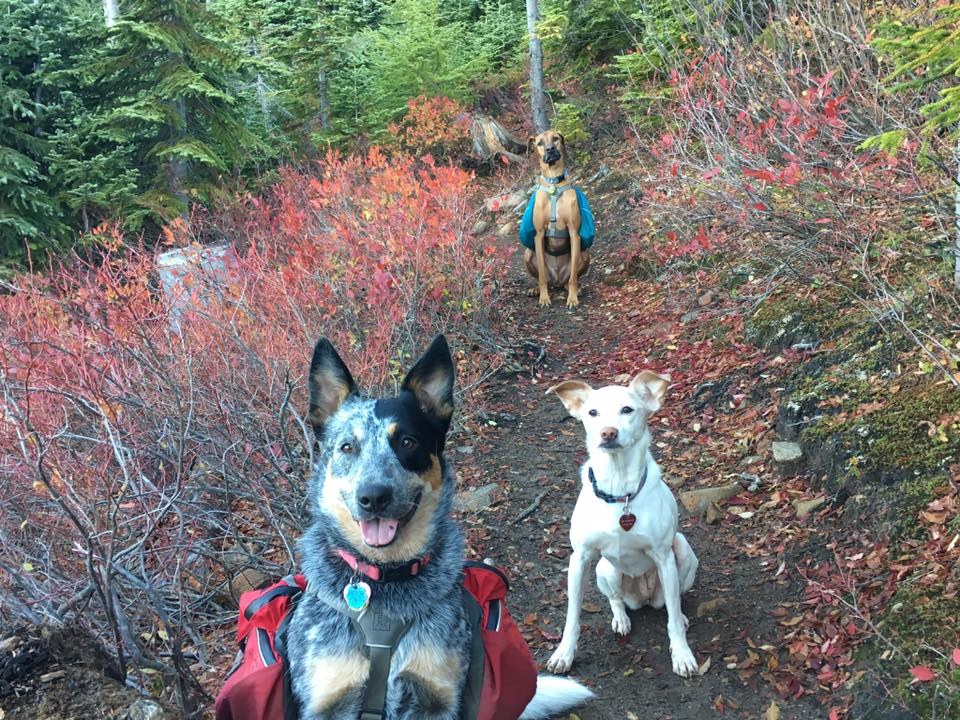 The view of Rainier today 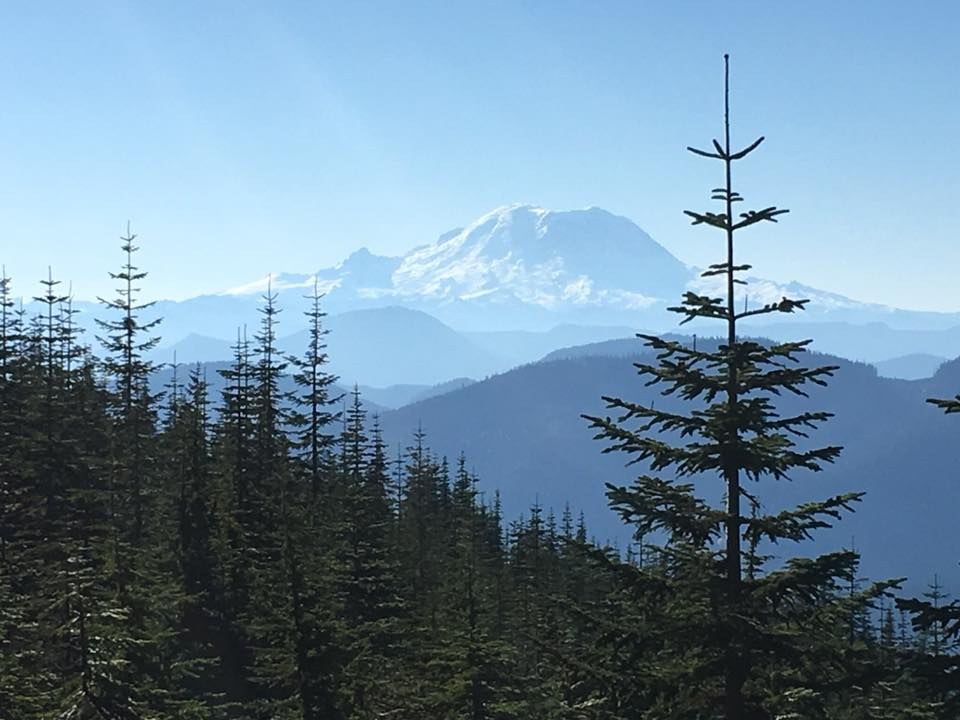