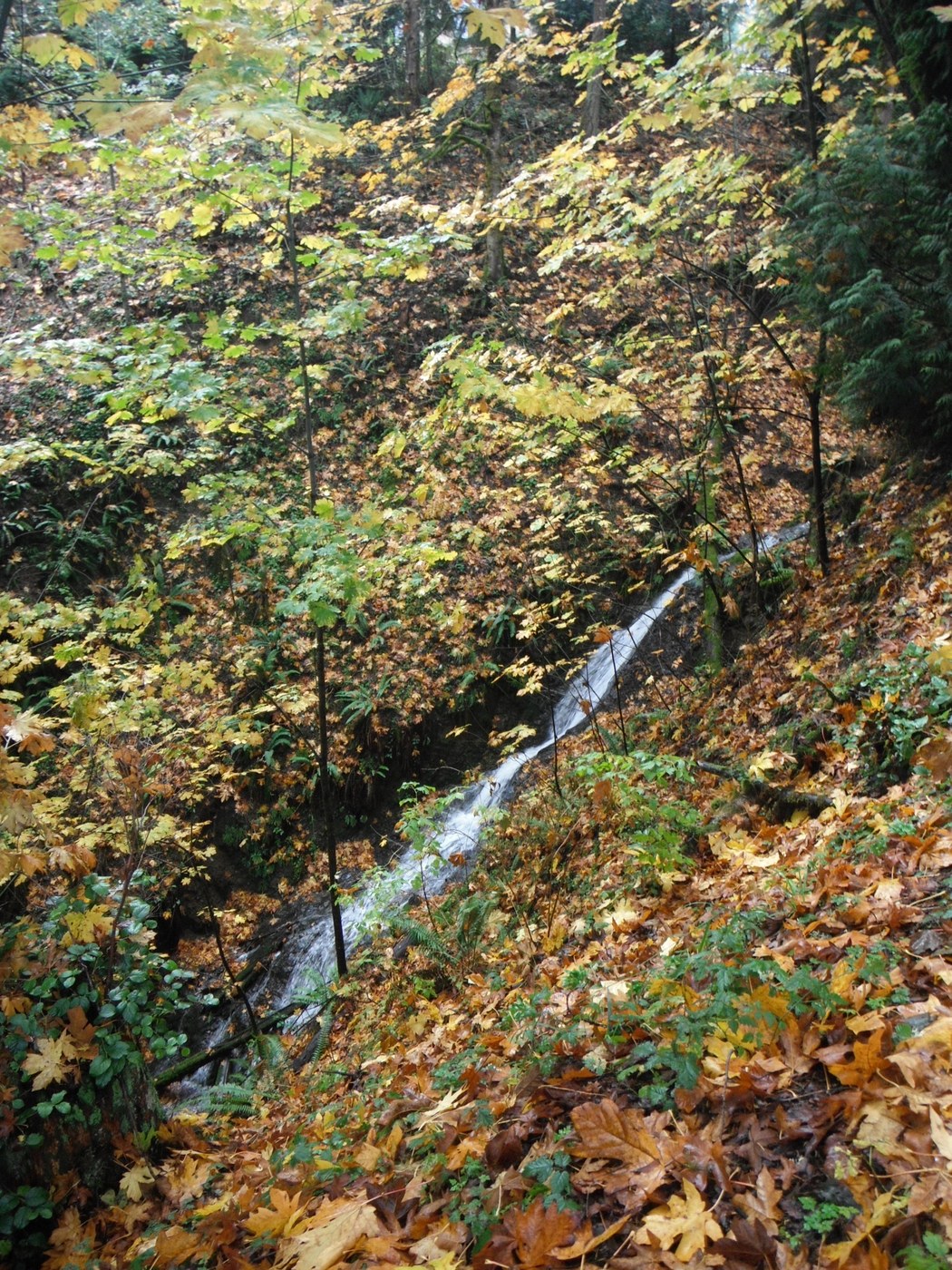 I can always leverage a trip to the park for a short hike.  We picked up the Lewis Creek Trail at the bottom of 176th Pl. SE and switchbacked down to the Peggy's Trail junction.  Turning right we climbed along the ravine edge that higher up has a nice view of Peggy's Waterfall which was running nicely.  After the trail crosses the creek on a bridge and climbs right you reach another junction.  You can go right to a large bridge that turning right would take you back to your starting point (which we'd crossed later).  Instead we went left and followed the trail along another tributary of Lewis Creek that's briefly within site at times but always within sound and gently climbed through more great second growth forest.  This eventually comes out on 179th Ave SE which we took right, then left on 178th Ave SE.  Near the bottom of the hill where it loops back into 179th Ave SE we took the continuation of the trail between houses on the left.  This took us across the bridge we saw earlier and back to 176th Pl. SE. 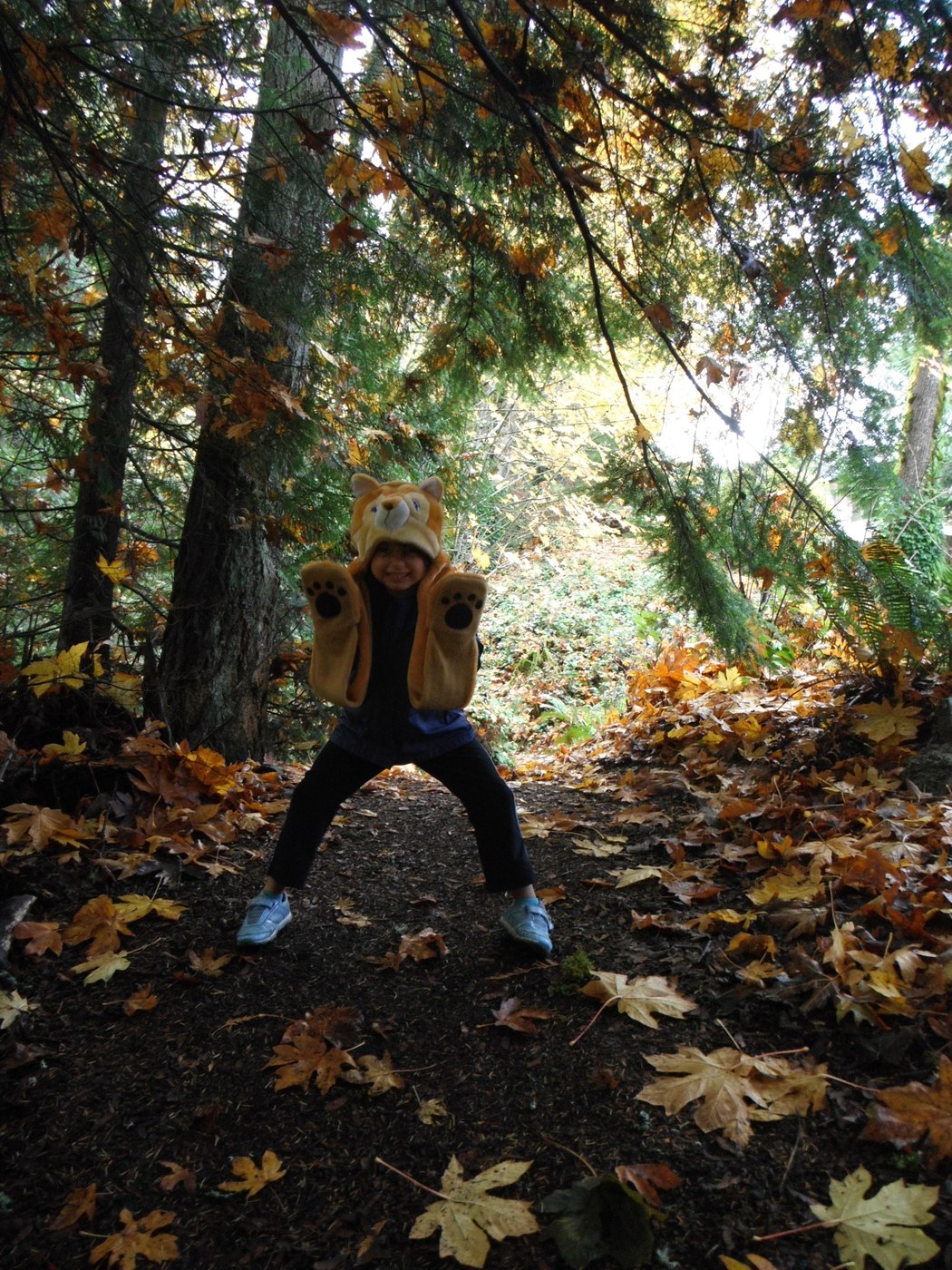 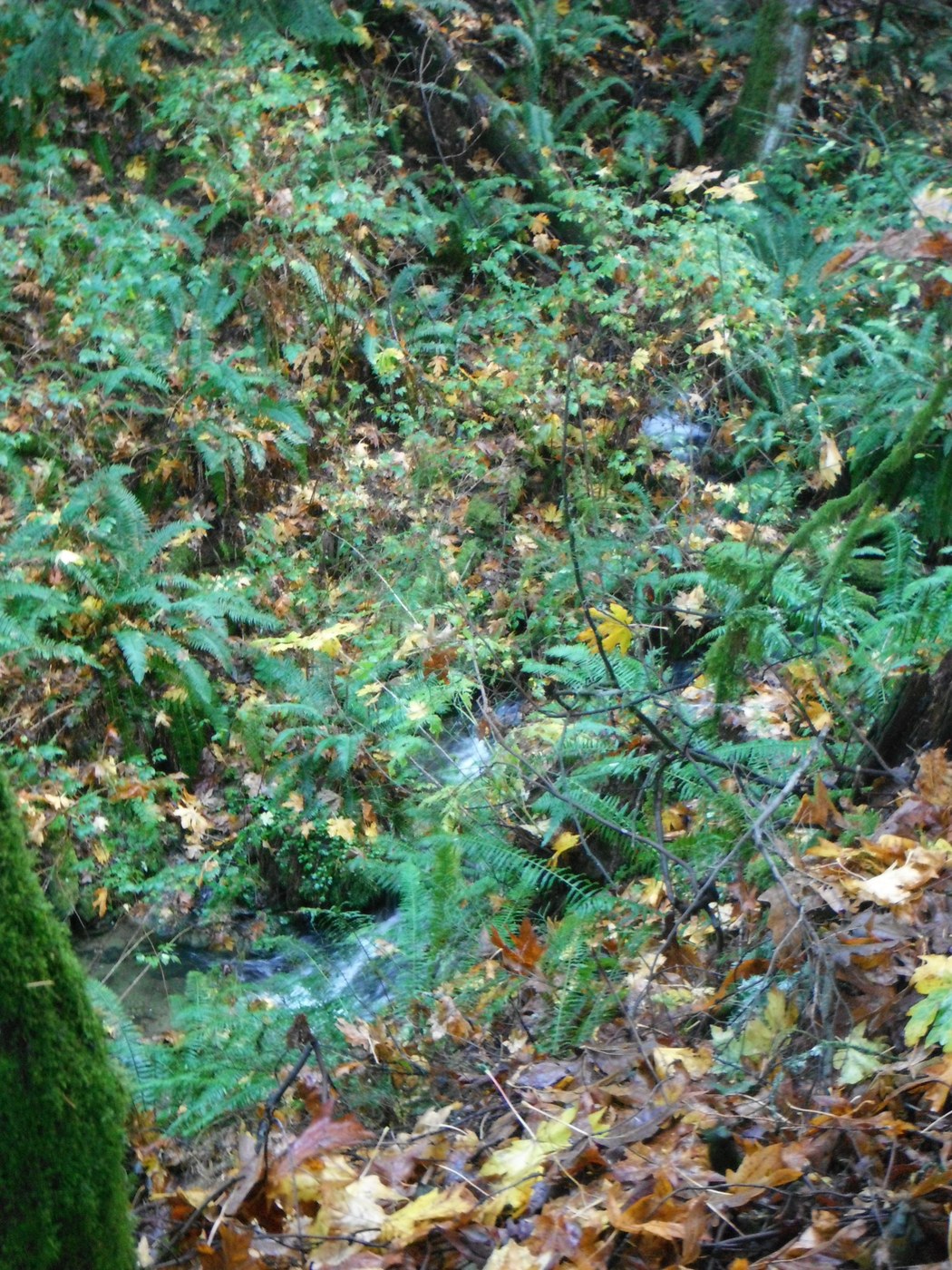 She's got quite a roar. This is my favorite time of the year with all the changing colors!