Duckabush River Trail near the top of Big Hump. (by Jon Lee) 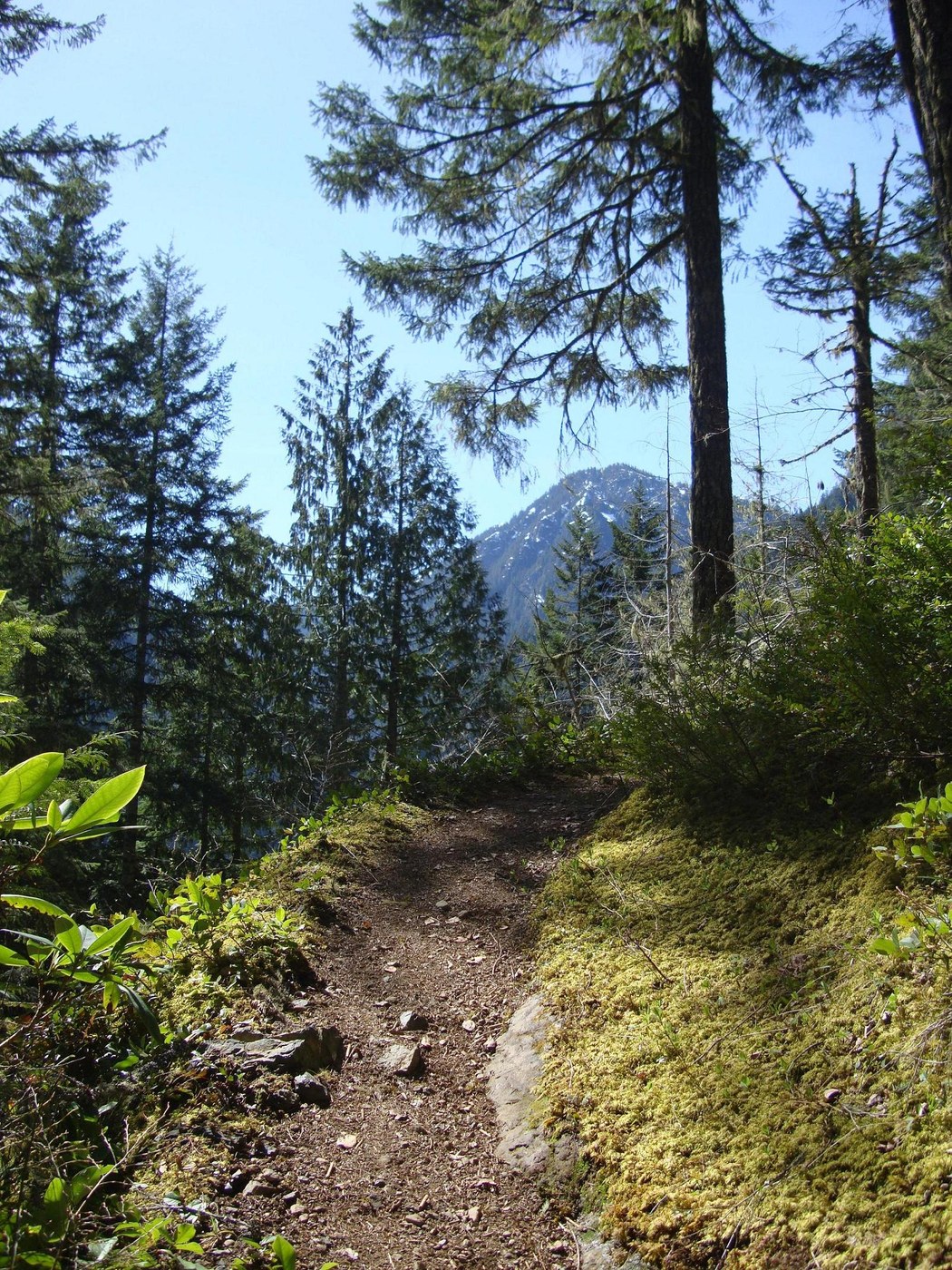 Trail is clear of snow until at least 10 Mile. Trail is in good shape with very little mud and only a few easily negotiated blowdowns. There is a big washout encrouching on the trail about 1 mile past the national park boundary. This hike marked a milestone for me, in that it was my first solo overnighter. And, as it turned out, I was not only solo, but I was alone. Despite the 23 cars that were at the trailhead when I arrived at 3:00 Sunday afternoon, the masses fled before dark and I was left alone as the only person camping along the entire length of the Duckabush River trail that night. Now THAT's solitude. I have yet to figure out how I was the only person in the state of Washington to look at the weather forecast and say, "Hey Sunday and Monday are going to be gorgegous days, I think I'll camp out somehwere along one of the few currently snow-free trails." After dealing with the emotional scars of having to prematurely pry myself away from Lena Lake two weeks prior, I decided that this trip would have no time constraints. I would hike in as far as I wanted, camp out, have a leisurely morning around camp, and generally take my time in leaving. Sometimes allowing yourself to not have a schedule is good for the soul. I arrived at the rather full trailhead at 3:00. This winter I had appropriated my overnight pack for snowshoeing, so I ended up spending the first three miles or so adjusting my pack and tightening staps that I had let out to accomodate all that winter clothing. With my pack beginning to feel well adjusted again, I began the hike over Big Hump. There are about 2 1/2 good viewpoints near the top. The views downvalley and across to St. Peter's Dome were pleasant. I arrived at 5-mile at about 5:15. Still plenty of hours of daylight left, so I decided to push on. The forest is on the verge of breaking free from its winter hibernation. Trees and bushes are full of buds, and from those buds, leaves are pushing out. Within a week or two, green will soon dominate the still brown forest. And not just green...some early bloomers are already decorating the trail with reds, whites, and yellows. After departing 5-Mile, the trail becomes narrower and rougher. This is when I really began to feel like, for the first time this year, I was legitimately in the backcountry. Having long since passed the last outgoing hikers, I left alone with only the sunshine, trees, and sparkling green river as my only companions. About 7.5 miles in, just after crossing a fairly substantial washout, I came to a pleasant little riverside camp. As it was just a little after 6:30, I decided that this was a good place to set up camp. I set up my tent and found a suitable place to hang my food. I was happy to find that there were no bugs yet. The campsite had a little fire pit, and there was enough possible tinder and small stuff around that I decided to build a fire. I haven't built a campfire for years. My first attempt failed miserably, but the second time was the charm. Soon I had a pleasant little fire burning away while I cooked dinner, re-hung my food, pumped some water, and soaked in my surroundings. As it grew dark, I put the fire out and went off to bed. The lullaby of the Duckabush sent me into a very restful sleep. Dawn found me buried in the very depths of my sleeping bag. I had wanted to get up right at the break of day and see the forest come to life. Actually encountering the morning changed that though, as every attempt I made to poke my head out of my bag was quickly followed by a hasty retreat into the warmth of my cocoon. The sun was most definitely up by the time I summoned the gumption to yank off the sleeping bag. Soon the stove was lit and hot chocolate and oatmeal were warming my belly. I then spent about two mediative hours sitting by the green, green, green river, just enjoying life. A sunny morning in the Olympics...that is where it's at. There is a sweet freshness to the air that peneatrates to the depths of your soul and awakens primordeal memories of when the world was new. The hike out was leisurely at best. I had lunch on top of Big Hump. Passed a couple and a solo hiker who were out enjoying the day on my way out, and then up and over Little Hump and back out to the car. Aaaaaaaaaaaah! That was nice.
The beautiful Duckabush River (by Jon Lee) 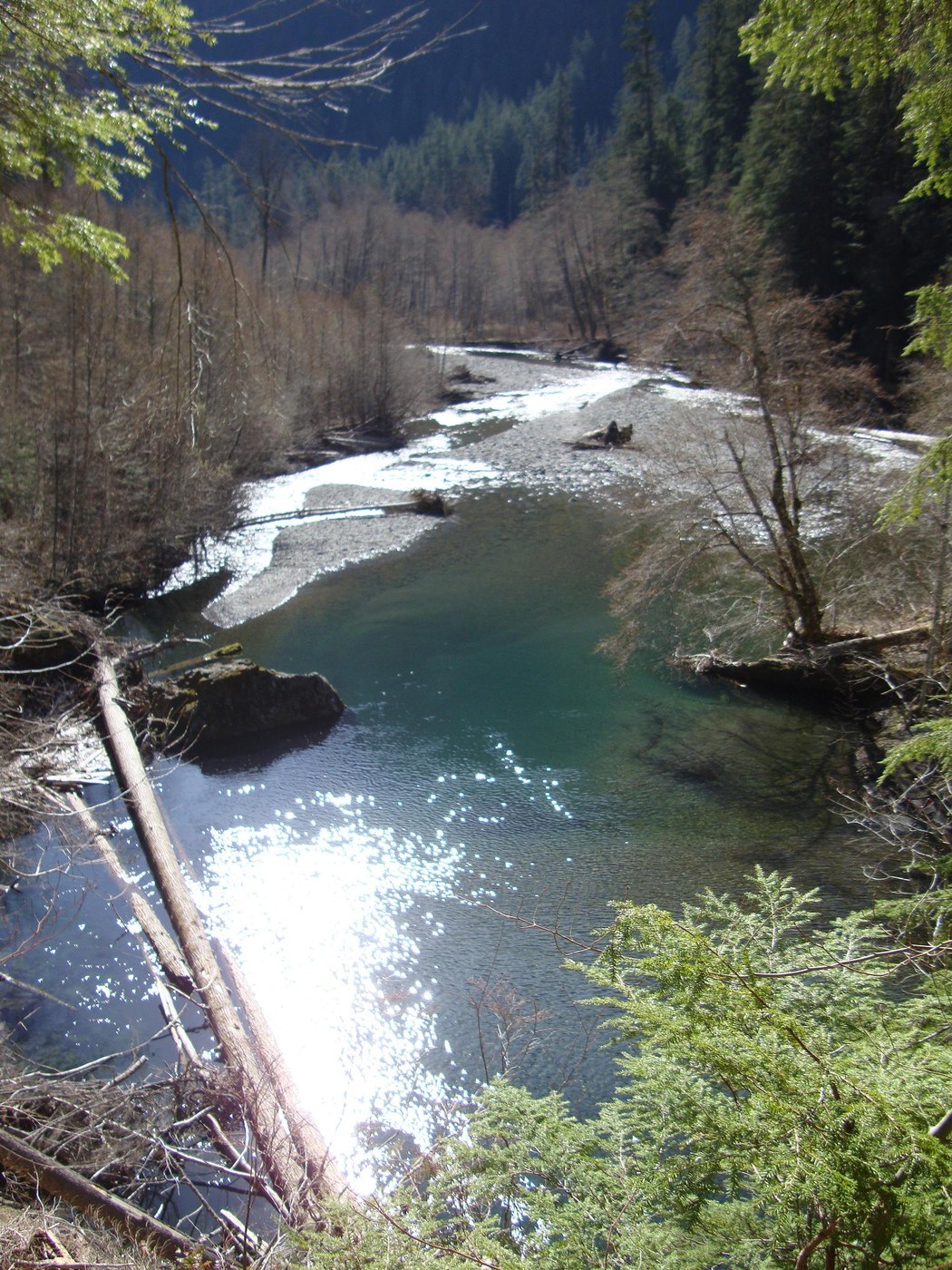 Morning on the Duckabush (by Jon Lee) 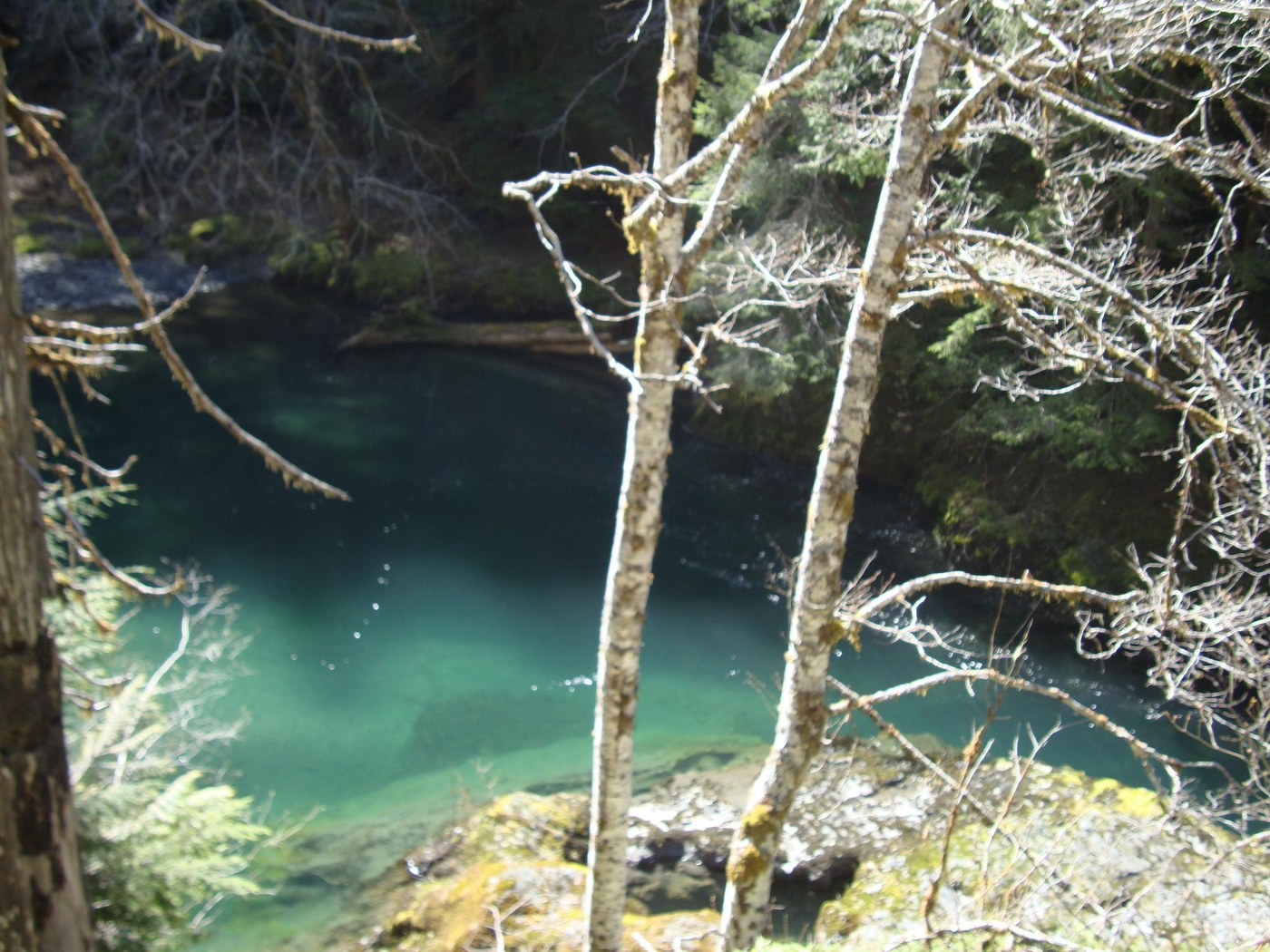 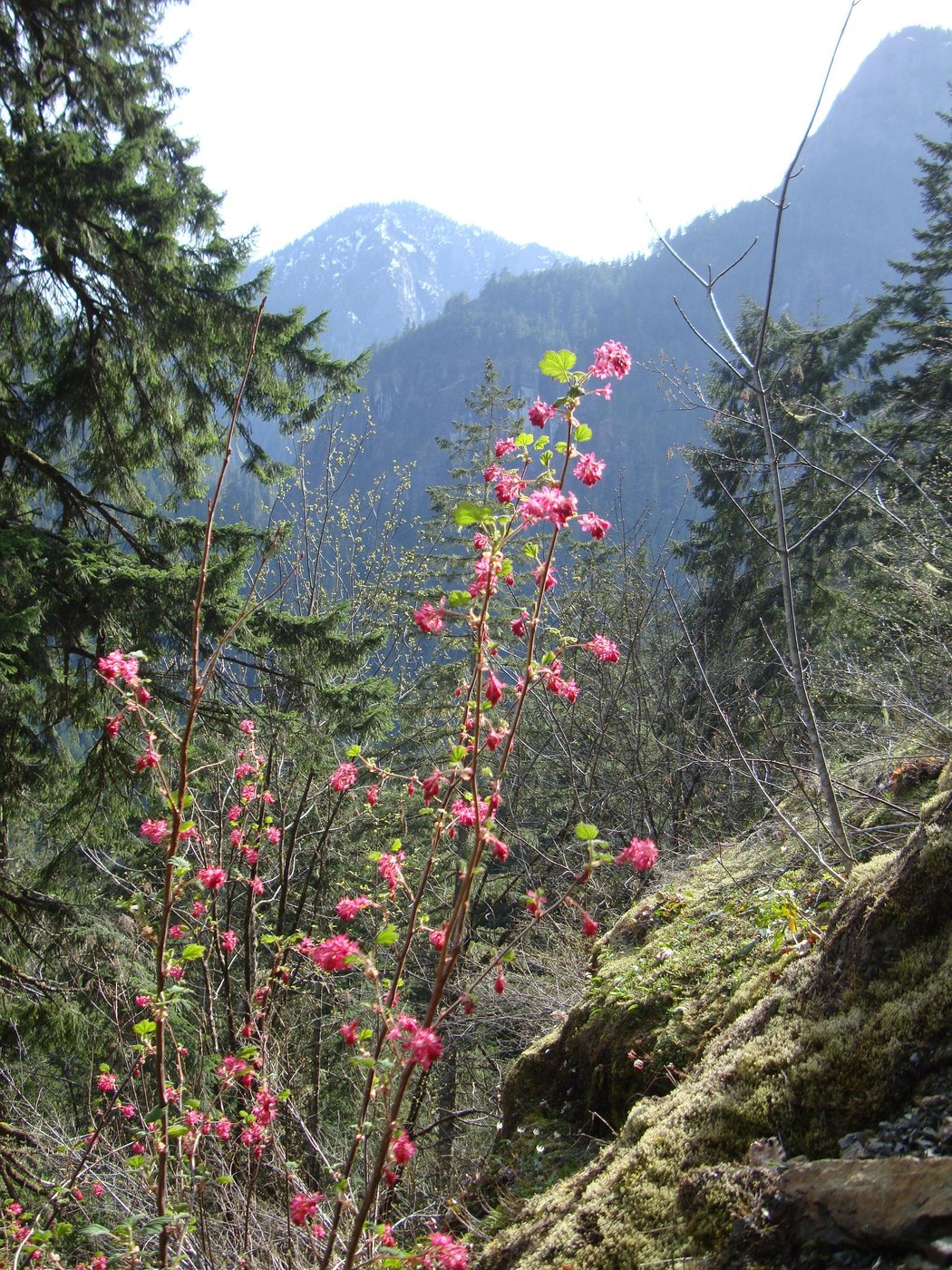