Follow the hiker signs! This hike is all shady except for the summit. 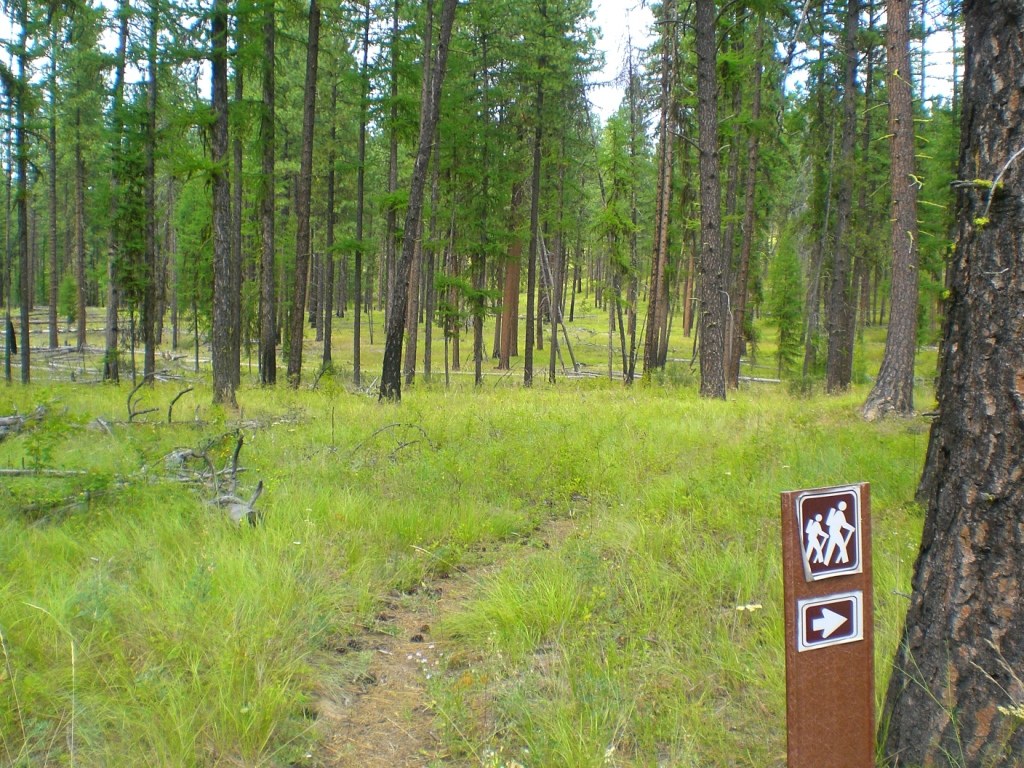 I arrived at the Wildlife Refuge trailhead in the early afternoon and was surprised at how quiet everything was. There was one other car in the parking lot, but I never saw the owners of the vehicle. I was surprised to learn that the refuge headquarters are not open on the weekend. The nearest bathroom is at a campground a mile up the road, but there are some nice picnic tables and an informative kiosk at the trailhead. The loop trail is only marked at the trailhead from which I exited, but it is easy enough to tell that one is on the right track by the numerous hiker signs marking the route. Some vegetation is coming up in the middle of the tread, but it is a dry area (so the vegetation is low-growing) and the trail is easy to follow. At the summit of Mill Butte I was divebombed by mystery birds, which I later determined to be nighthawks by the white band on their wings. The parents were the ones feigning attack, and they were protecting two or three babies (just starting to fly). It was a nice surprise in addition to the view from the top. On the way back down, I found a single mariposa lily growing along the side of the trail; I was not aware that they grew here.
Nighthawk on the attack! 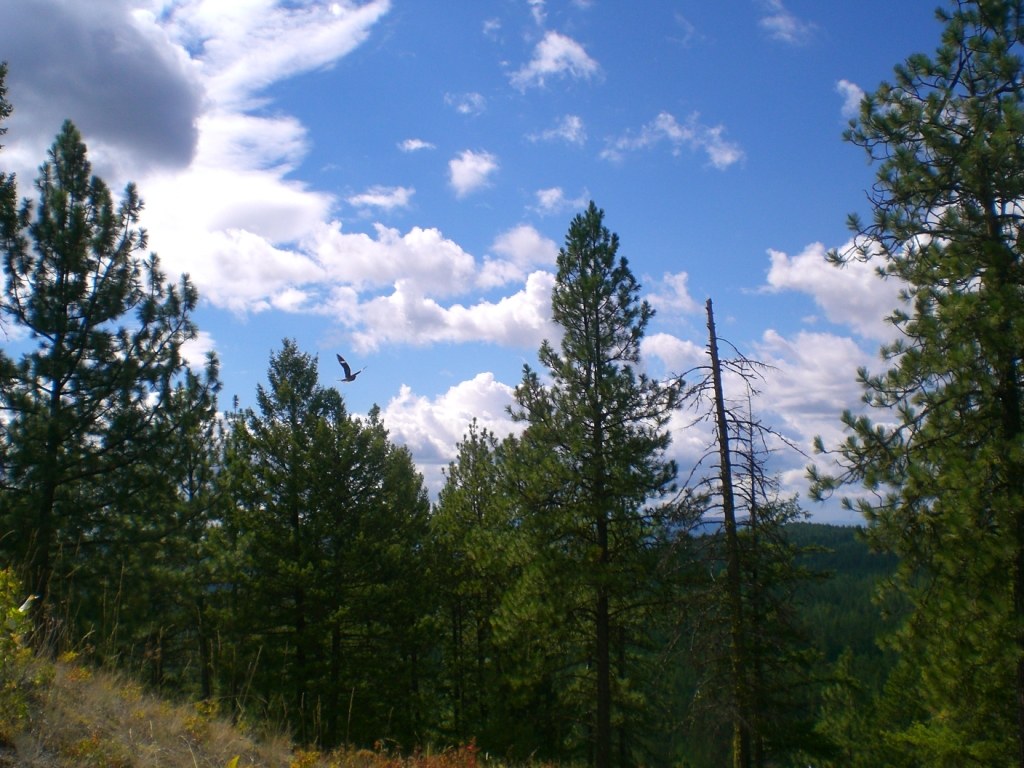 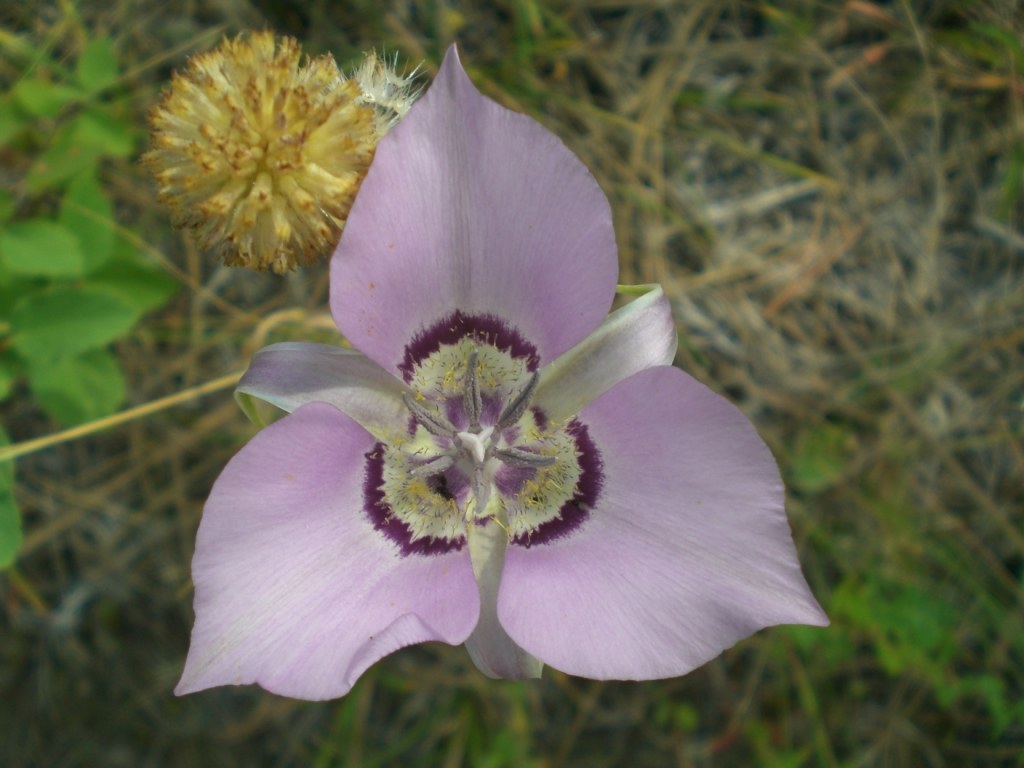