Skip to content
Walt Bailey Trail - Bald Mountain I had no way of knowing that a return to an old stomping ground would turn into a farewell to a couple of old friends. I had spent - no exaggeration - thousands of hours with them over the years. ... https://www.wta.org/go-hiking/trip-reports/trip_report.2013-09-04.8779504542 https://www.wta.org/site_images/trip-reports/2013/bald-1.jpg/@@download/image/Bald-1.jpg

Looks imposing, is actually quite tame. Quarter mile away as the crow flies; 104 miles away by trail. 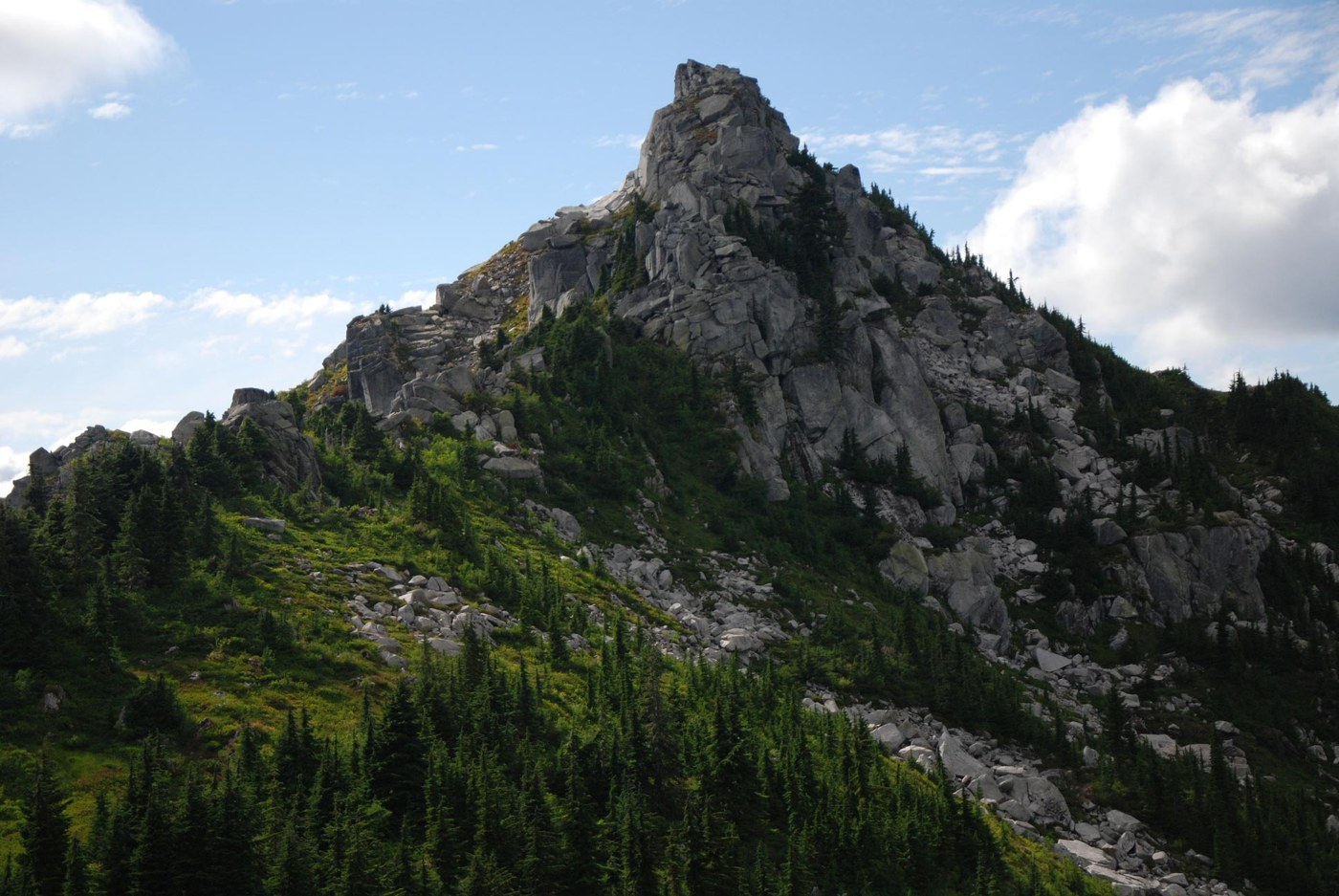 I had no way of knowing that a return to an old stomping ground would turn into a farewell to a couple of old friends. I had spent - no exaggeration - thousands of hours with them over the years. They were with me on my first trek into the alpine. They were there the first time I reached the summit of a glaciated peak. They joined me on both my attempts on Rainier (and made it to the summit with me on the second try). They had seen it all, traveled with me over thousands of miles over all kinds of terrain, without complaint, without fail. And now they had reached the end of the trail - my trusty boots. They deserved a better end than this. They didn't even get a true last trip with me. I went to put them on and found that they now sported heel ventilation - the leather had torn away from the rand on the right boot. I didn't even know you could do that to a pair of boots. With the amount of abuse they suffered, it shouldn't have been that much of a surprise. I had just had them resoled after the toe wore through to the leather. They had been such a joy to wear, I'd do near anything to extend their life. They sat in the bed of my truck, waiting for me to return from a jaunt up the always entertaining Walt Bailey Trail, someplace I used to go a lot, but that I now pass over for tougher, taller climbs on most days. For a fourth straight day of climbing and hiking, though, the meadows around Cutthroat Lakes made a perfect destination. I finally took in the summit of Bald Mountain, reached by a trail that was a lot more circuitous than I expected, and spent the day grazing on the ripest, sweetest blueberries of a summer that so far has been full of great fruit. Despite some occasional slick mud, the trail was in decent shape overall. I came back, took a few memorial photos, said my goodbyes. There's a better place waiting for you, my friends, a place where your soles will find eternal trails to wander in peace. Until then, you'll probably just hang somewhere in my gear room.
The Cutthroat Lakes from Bald Mountain, with (from right to left and receding into the background) Big Four, Pugh (partially obscured by clouds) and White Chuck in the distance. 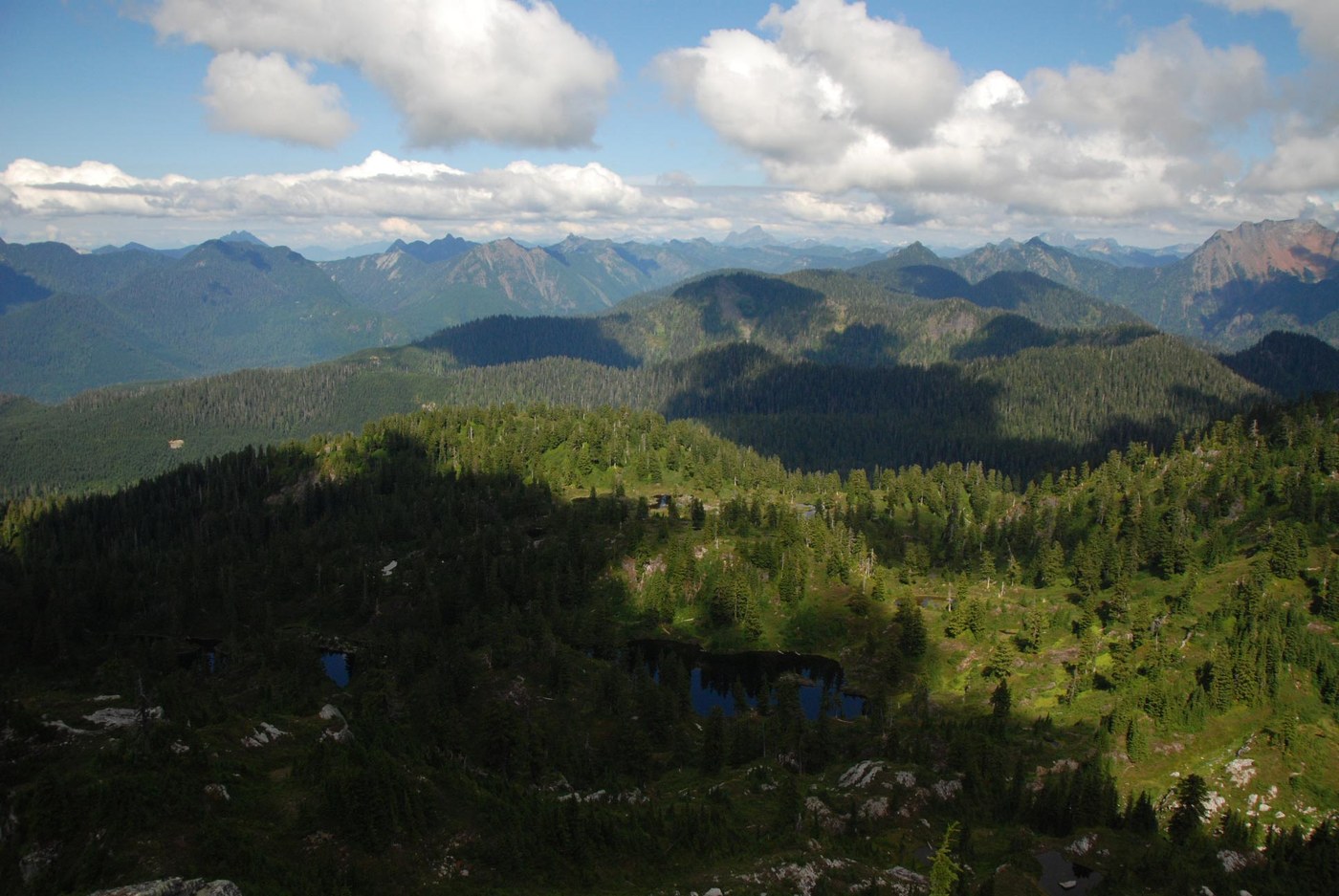 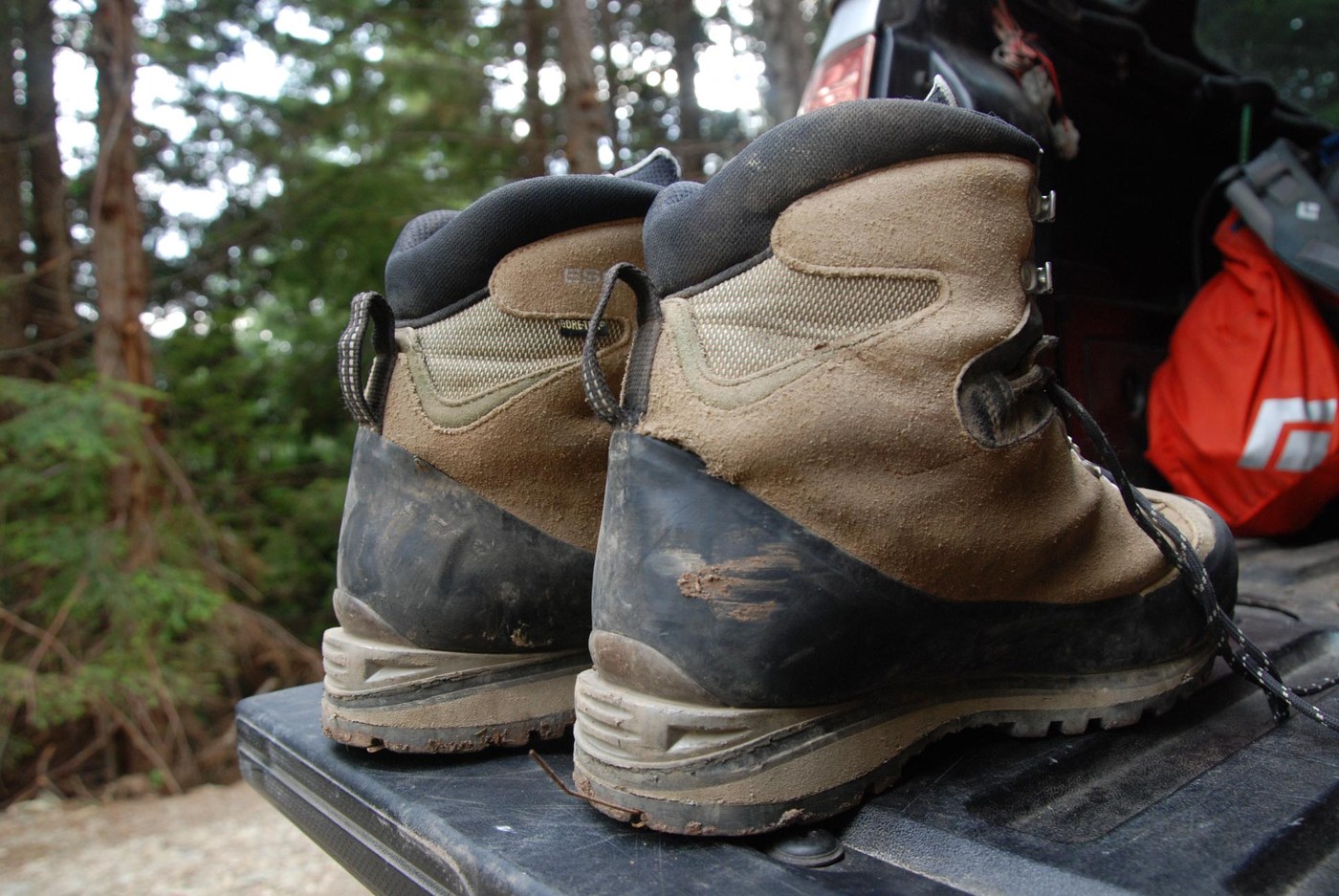