Skip to content
Rock Trail Today's outing was a holiday work party on the Rock Trail to Lost Lake in Larrabee State Park. The trail is nearing completion, and it can be followed to Lost Lake from the Cyrus Gates overlook. ... https://www.wta.org/go-hiking/trip-reports/trip_report.2013-12-15.9227197849 https://www.wta.org/site_images/trip-reports/2013/dscn6968.jpg/@@download/image/DSCN6968.JPG

This outing was part of a WTA trail work party! 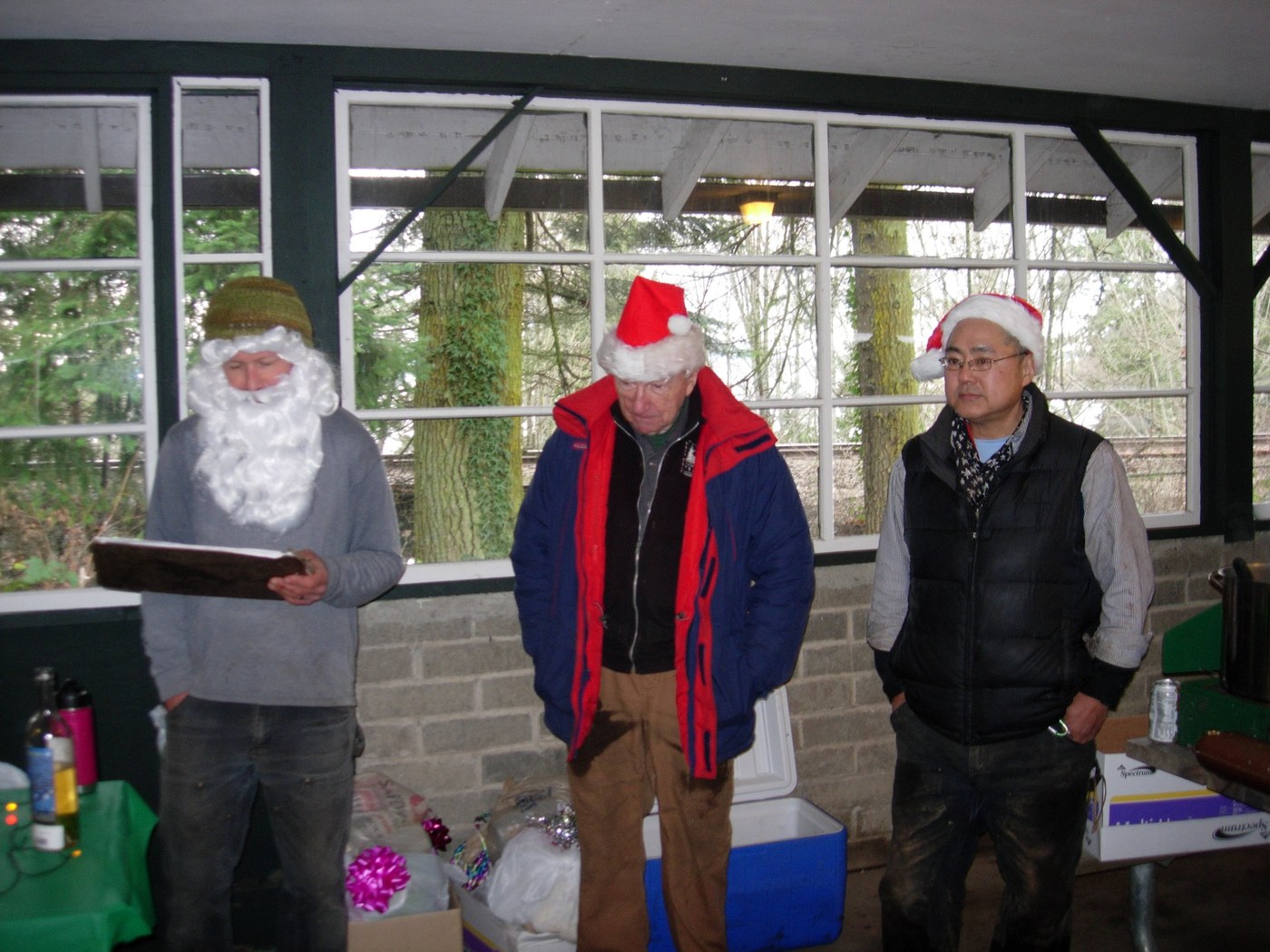 Today's outing was a holiday work party on the Rock Trail to Lost Lake in Larrabee State Park. The trail is nearing completion, and it can be followed to Lost Lake from the Cyrus Gates overlook. However, it is not quite complete, and there is no dedicated hiker-only path from the trailhead to the lake. Today's crew leader was Arlen "Trailblazer" Bogaards. ACLs were (hope I did not forget anyone) Jon, Kathy, Marty, Mike, Pete, Richard, Rick, and Terry. The day started with clouds, drizzle, a safety lecture, and the awarding of a hard hat to Janice. There was one main task and one minor task for the day. The main body of work was clearing and starting a hiker-only spur trail from the parking lot to join the trail that has been built so far. A smaller group descended about 1 mile to finish a gate and a hairpin turn that had been built near a problematic trail segment. I went with the larger group and worked with ACLs Kathy and Pete (a work party legend who has attended more than 1500 work parties) to build trail from scratch. We cleared overhanging branches, removed duff, and excavated the layer of organic soil. Afterwards, we removed rotting logs beneath the trail surface and put in rock fill. We graded the surface with mineral soil. I finished the day helping de-fern the part of the route closest to the parking area. By day's end I was drenched and covered in mud. At 1 pm we wrapped up work and drove down to the picnic area. Rangers Forest and McEvers joined us as we had a holiday celebration and lunch. There was a raffle, and three lucky folks won rocks with fossilized leaves 40-50 million years old (from Larrabee State Park). Santa made an appearance, and we received gifts in appreciation for our trailwork. Pete received special recognition from WTA in honor of his tremendous contributions to trailwork over the years. The Rock Trail is projected to open officially in April 2014.
First, we removed brush and loose duff. 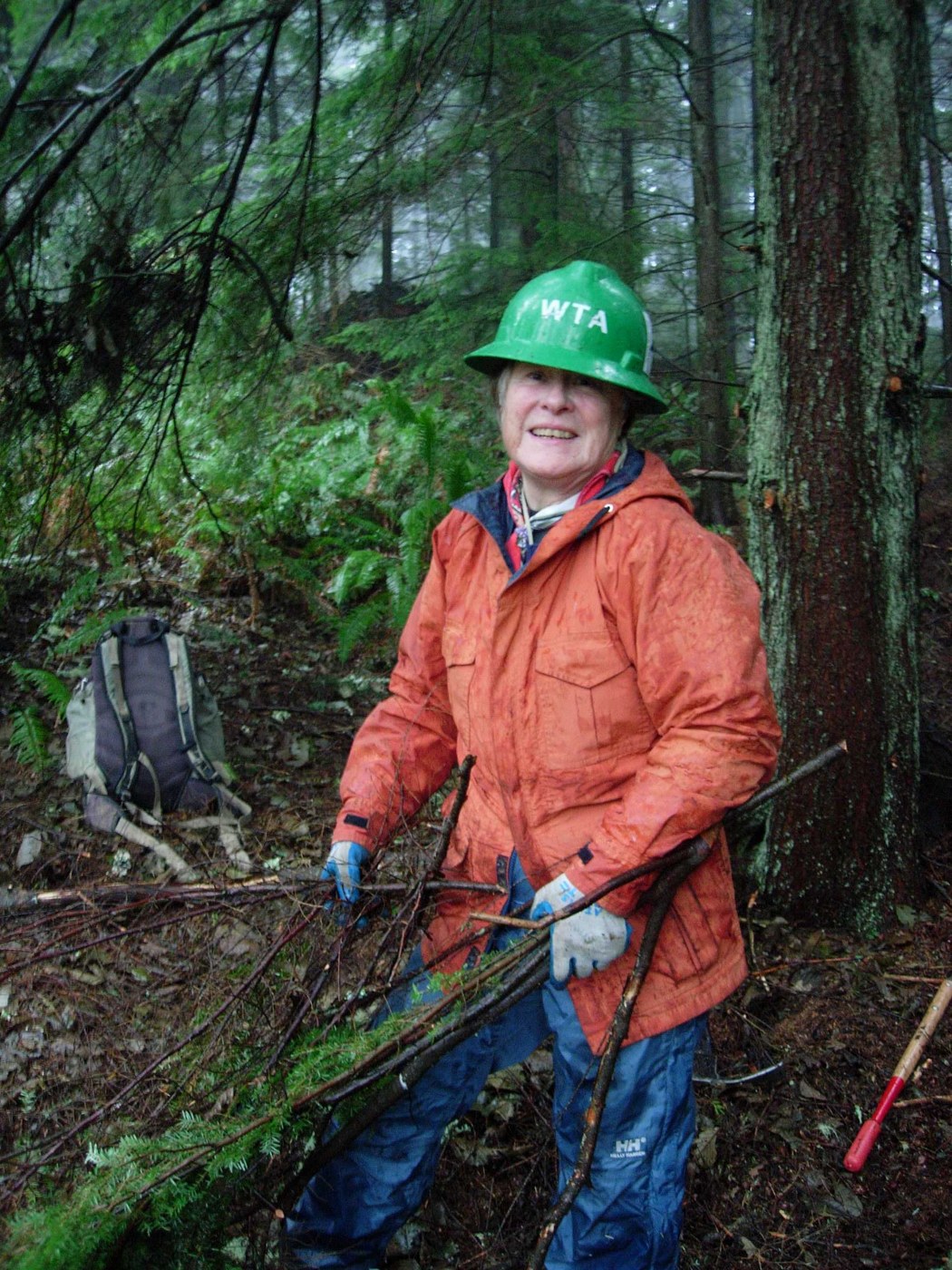 The trail takes shape as organic soil is removed. 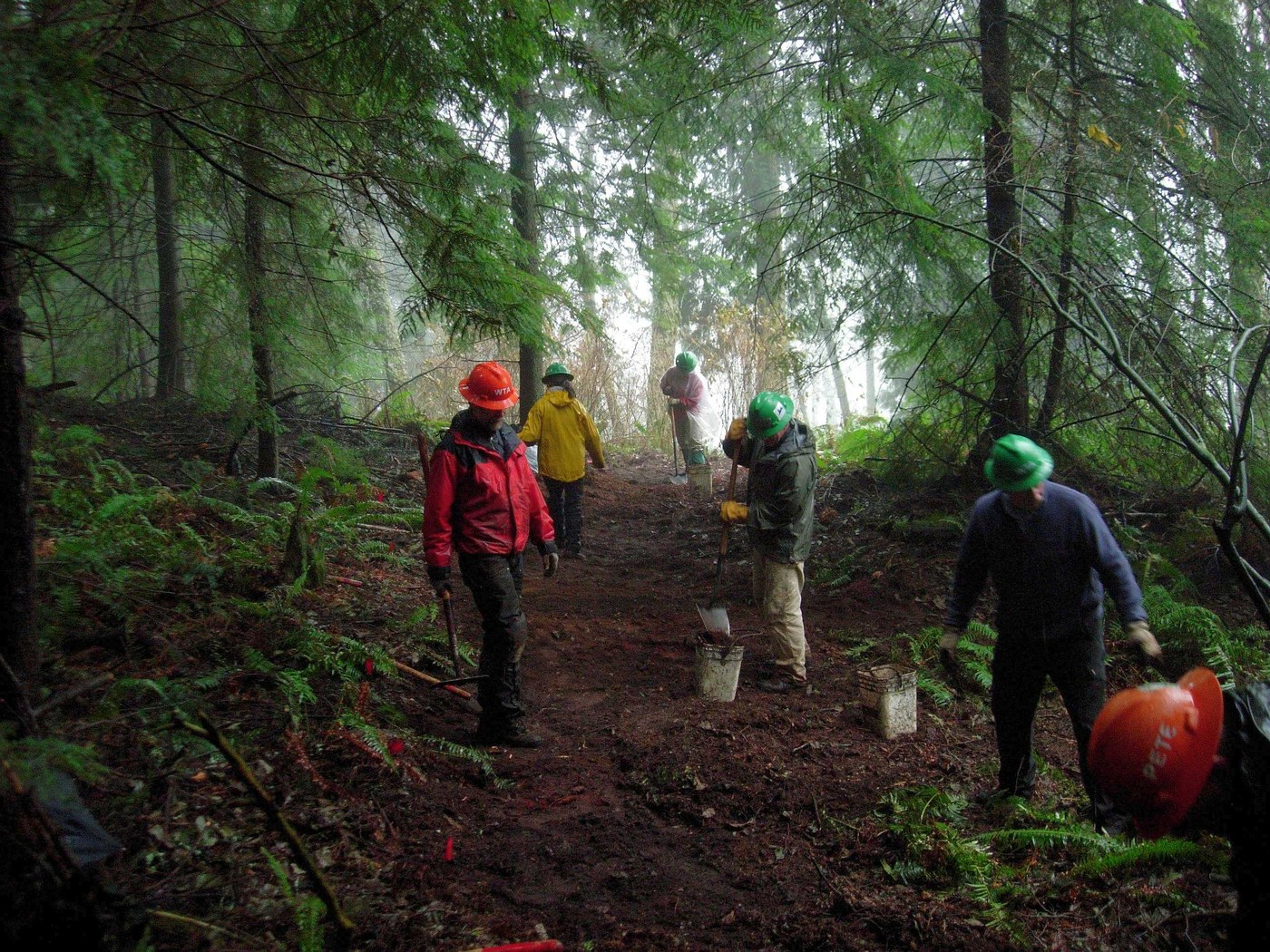 Nearly complete trail surface after tilling and grading of the mineral soil layer. 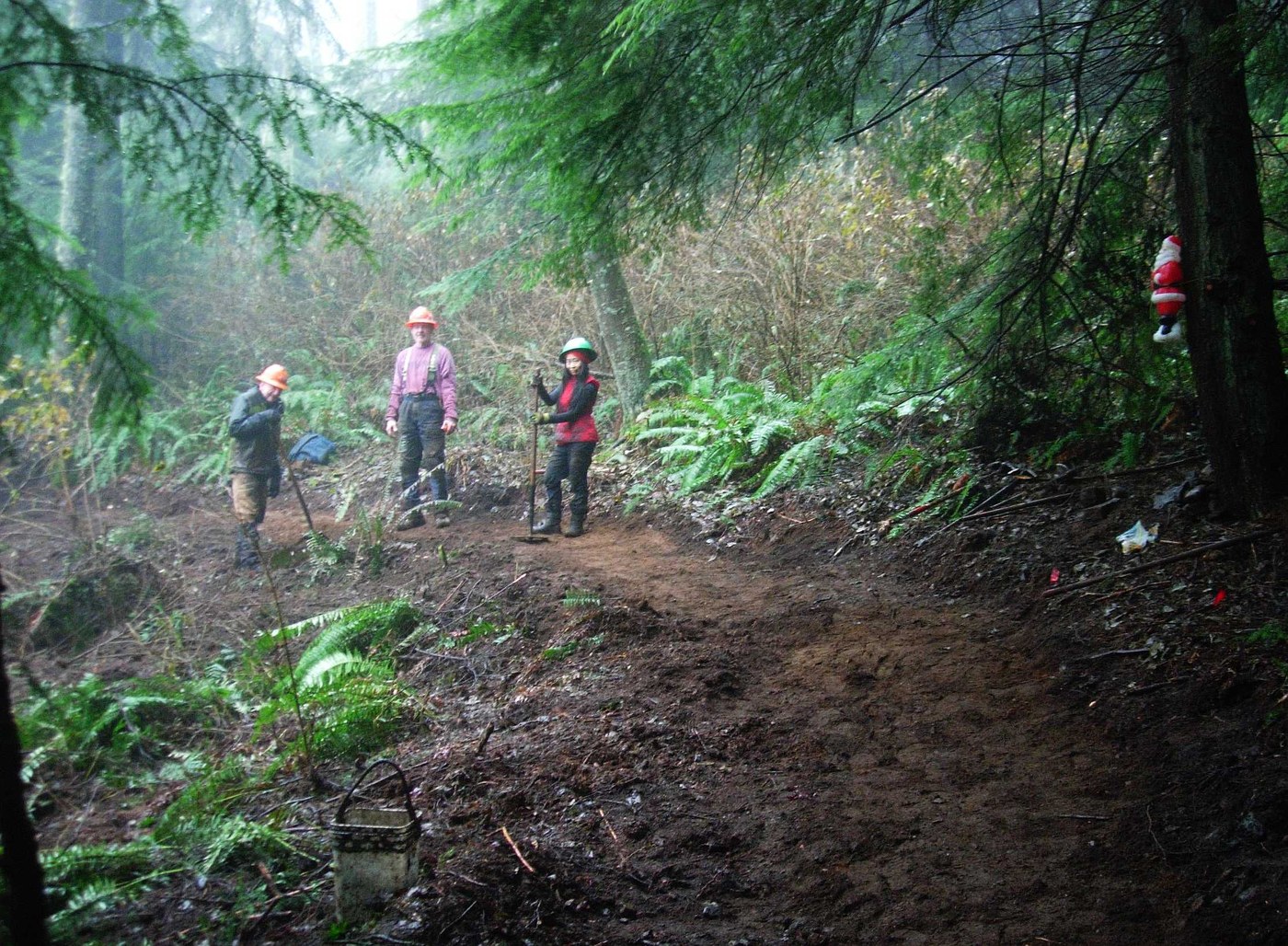