Skip to content
Enchanted Valley via East Fork Quinault River Hard to believe I'd never been to Enchanted Valley. When I saw the photos of the Quinault eroding the banks right against the building I figured I may not get a chance to visit before the river ... https://www.wta.org/go-hiking/trip-reports/trip_report.2014-01-22.0321336923 https://www.wta.org/site_images/trip-reports/2014/dsc04588.jpg/@@download/image/DSC04588.jpg 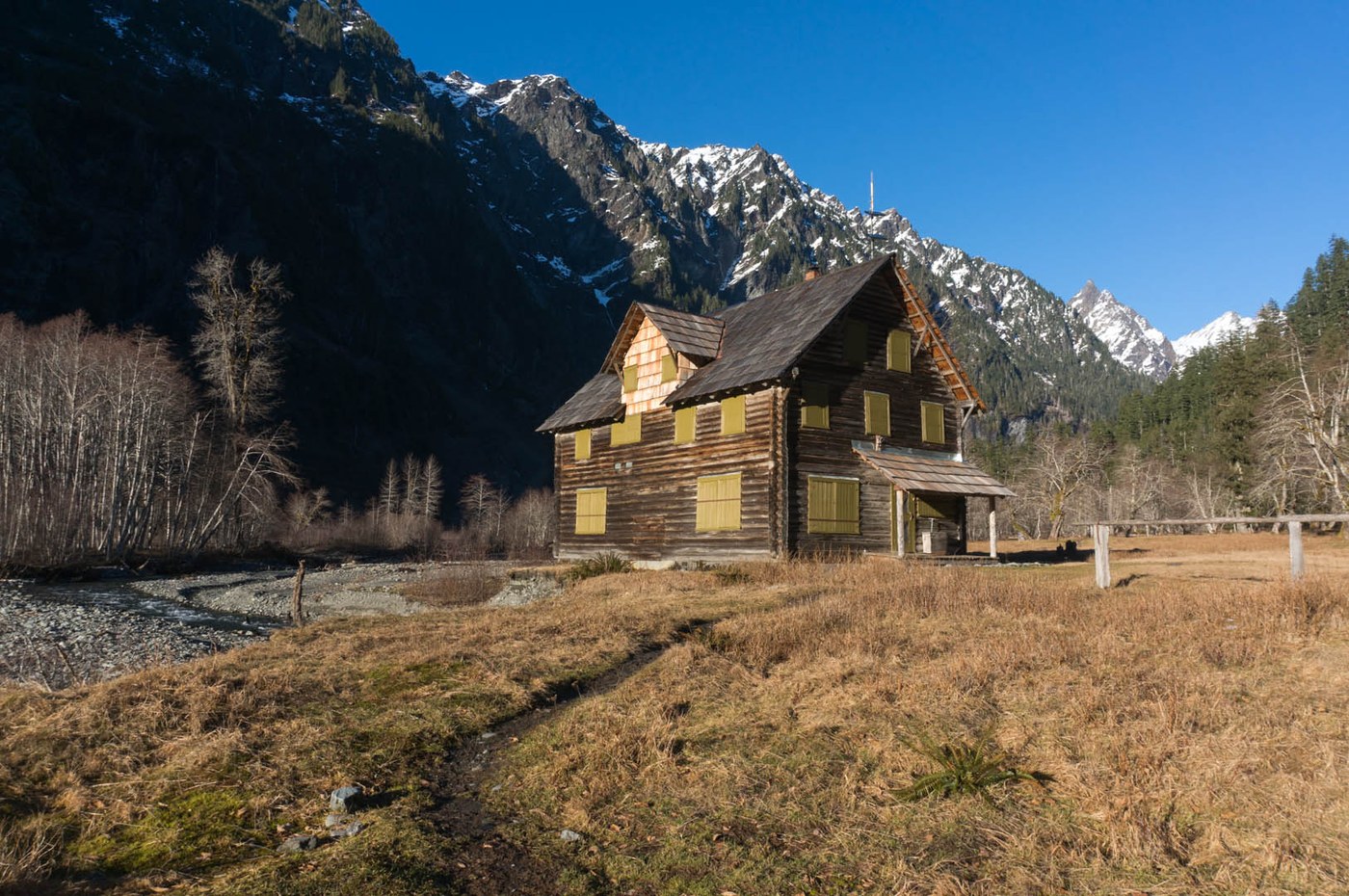 Hard to believe I'd never been to Enchanted Valley. When I saw the photos of the Quinault eroding the banks right against the building I figured I may not get a chance to visit before the river takes it away. But a surprise day off and decent weather gave me that chance! I'd just have to contend with short winter days and cold valley temperatures. Got up ridiculously early and made the long drive out to the Graves Creek trailhead. I was the only car here, aside from one tent in the campground. I hit the trail at 9:15 with temperatures right around freezing. I made quick time to Pony Bridge, which was slippery from a glaze of ice. Dropping further into the Quinault River valley brought more ice and fog but made for frozen mud and dry feet. Around noon the fog began to burn off and the damp forest was steaming, giving the place an otherworldly feeling. Combined with the draping moss and giant trees it was an amazingly beautiful area. One particularly large tree had toppled and been recently cut, the diameter of the trunk larger than I am tall! Wow! There was no bridge or log across Pyrites Creek and the rocks were too slick for me to chance rock hopping. Fording the creek wasn't too bad, only knee deep and ice cold. As I approached the valley I began to see ice on the trail, then patchy snow near the bridge into the valley. I'd packed very light (aside from lots of warm clothes) assuming bare ground. Would I be camping on snow? Thankfully no. Much of the valley was bare with only patches of snow lingering in the shaded areas. Nearly all the camps were melted. The river was right against the bank beside the Chalet, just like in the recent photos. Hopefully it can hold out awhile longer, barring any major storms! The river was fairly peaceful today. I reached the Chalet around 3pm and still had good light for photos. Leaving my pack on the porch I wandered around a bit. Barely an hour later the sun was dropping behind the ridge. Darn low winter sun! I claimed a spot in the open areas not too far from the Chalet hoping to maximize available light vs camping beneath the trees where it would be warmer. Trade off would also be heavy condensation in the open. As the sun set temperatures dropped quickly. No valley fog appeared though! I made a token attempt at a small fire but everything was so damp keeping it burning was more trouble than it was worth. I made due with the LED lantern I'd packed in. It was dark so early I just read my book, watched the stars come out, and did some night photography. The area was very peaceful. No people or animals to contribute any sound - just the river. Well, and the huge avalanche that came down around 10pm. Frost covered the grass and outside of my tent as I turned in. I stayed warm enough in my new used Hexamid tent and 15 degree bag. Temperatures dipped into the high 20s overnight with no wind. Morning brought light but no direct sun on the valley floor. I made coffee, had a hot breakfast, and lounged around awhile watching the brief sunrise. I'd hoped to explore further up the valley but opted to head back instead, leaving that for a spring return trip.
Giant trees. 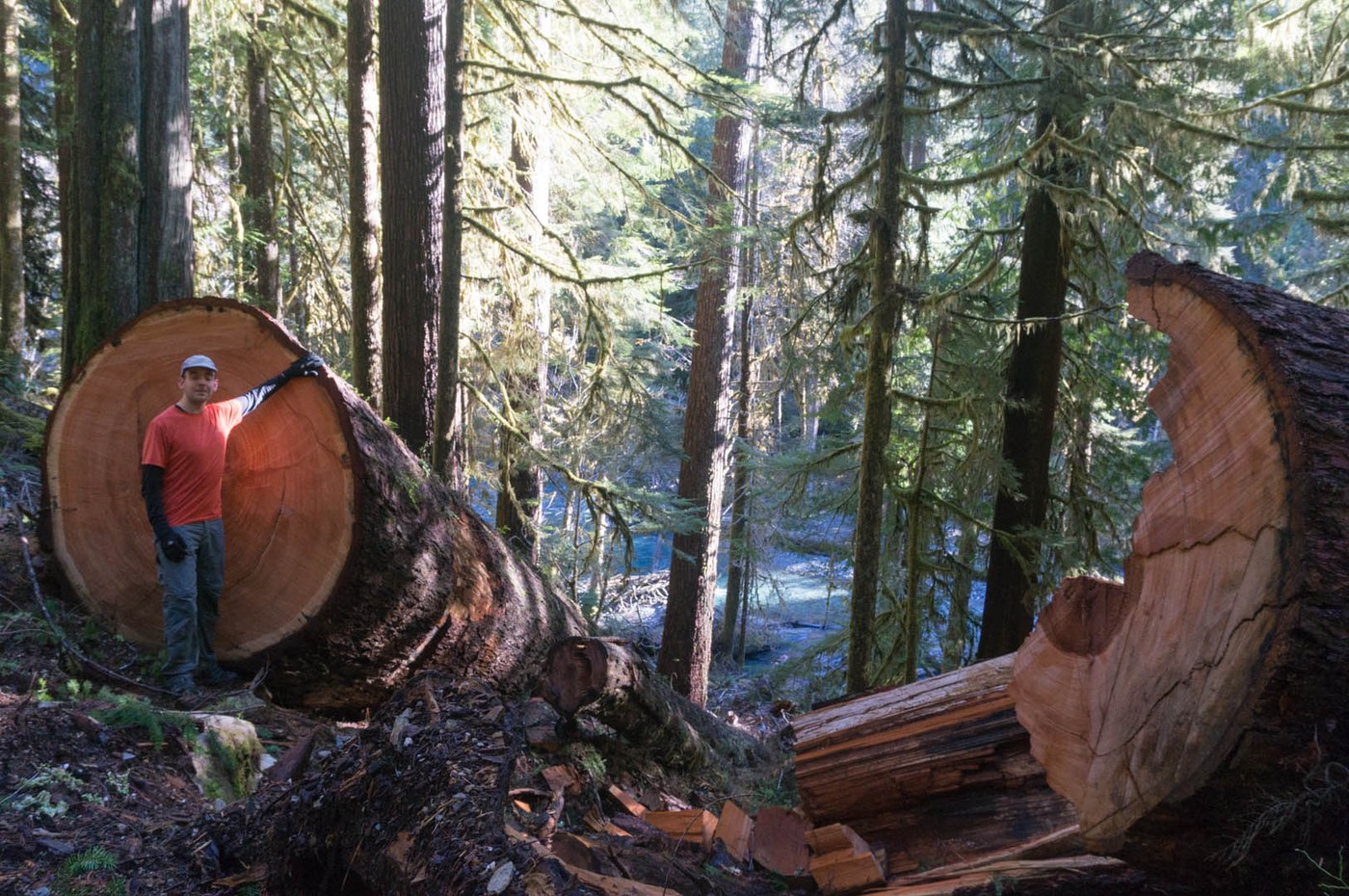 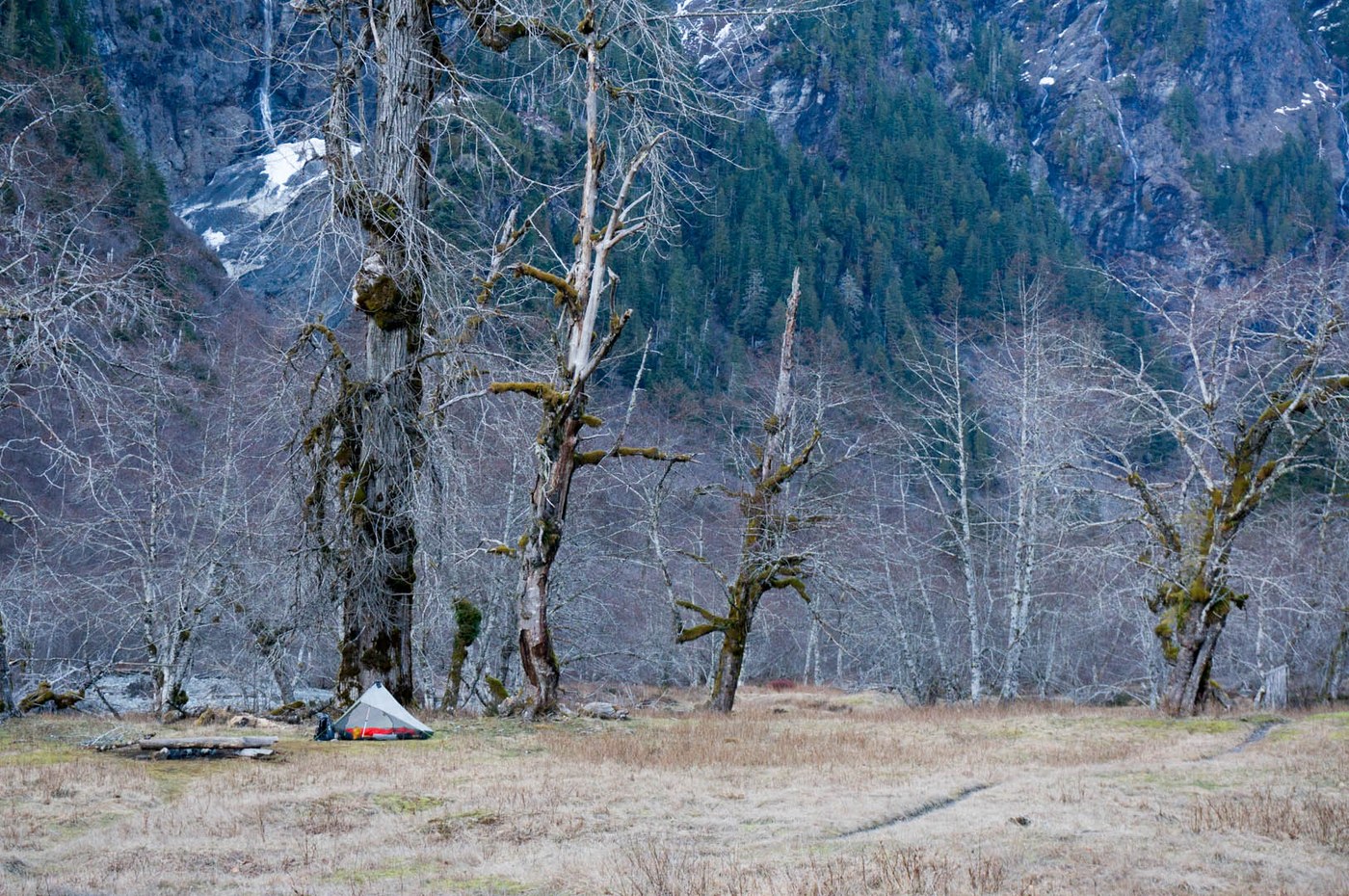 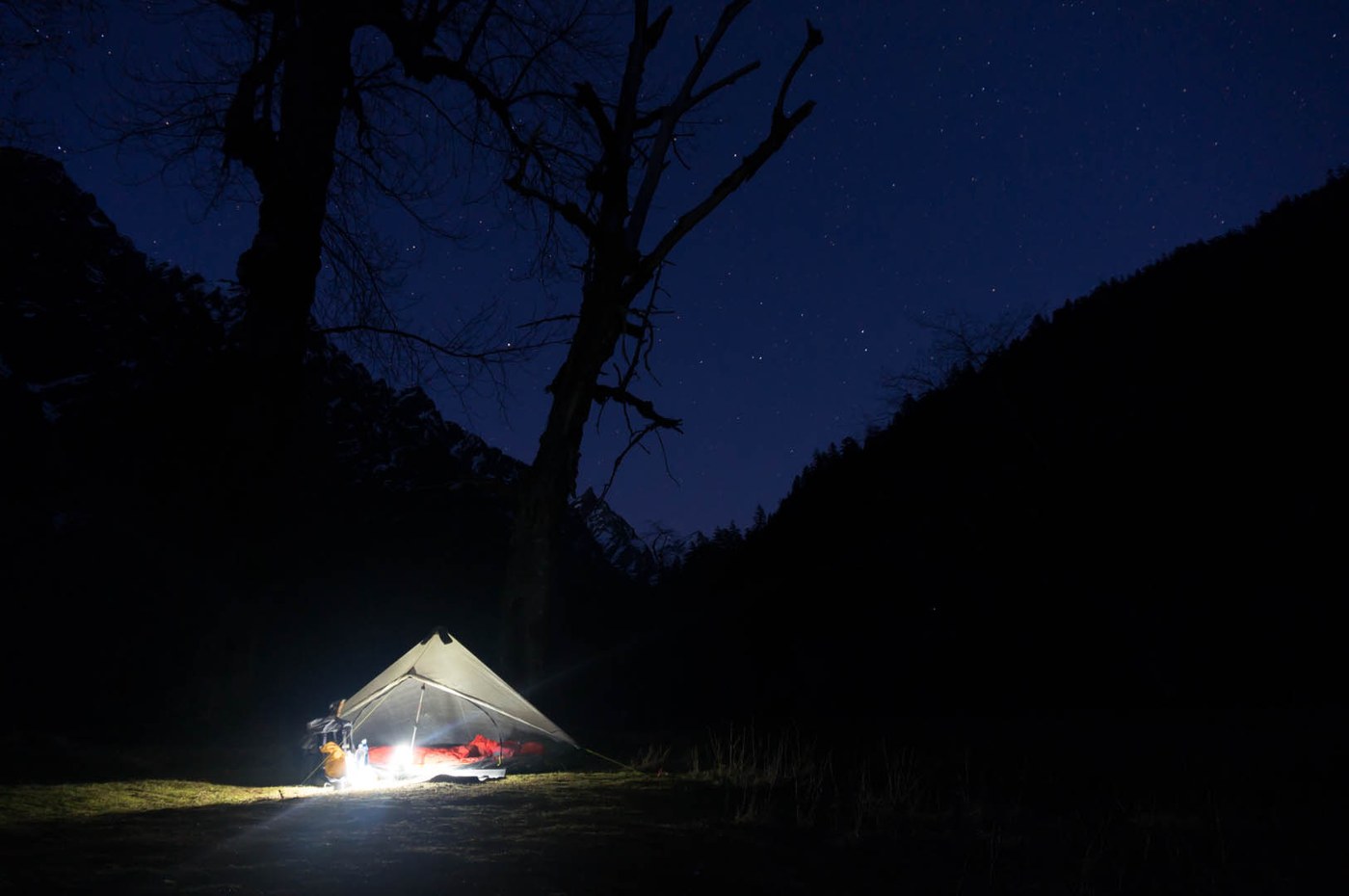