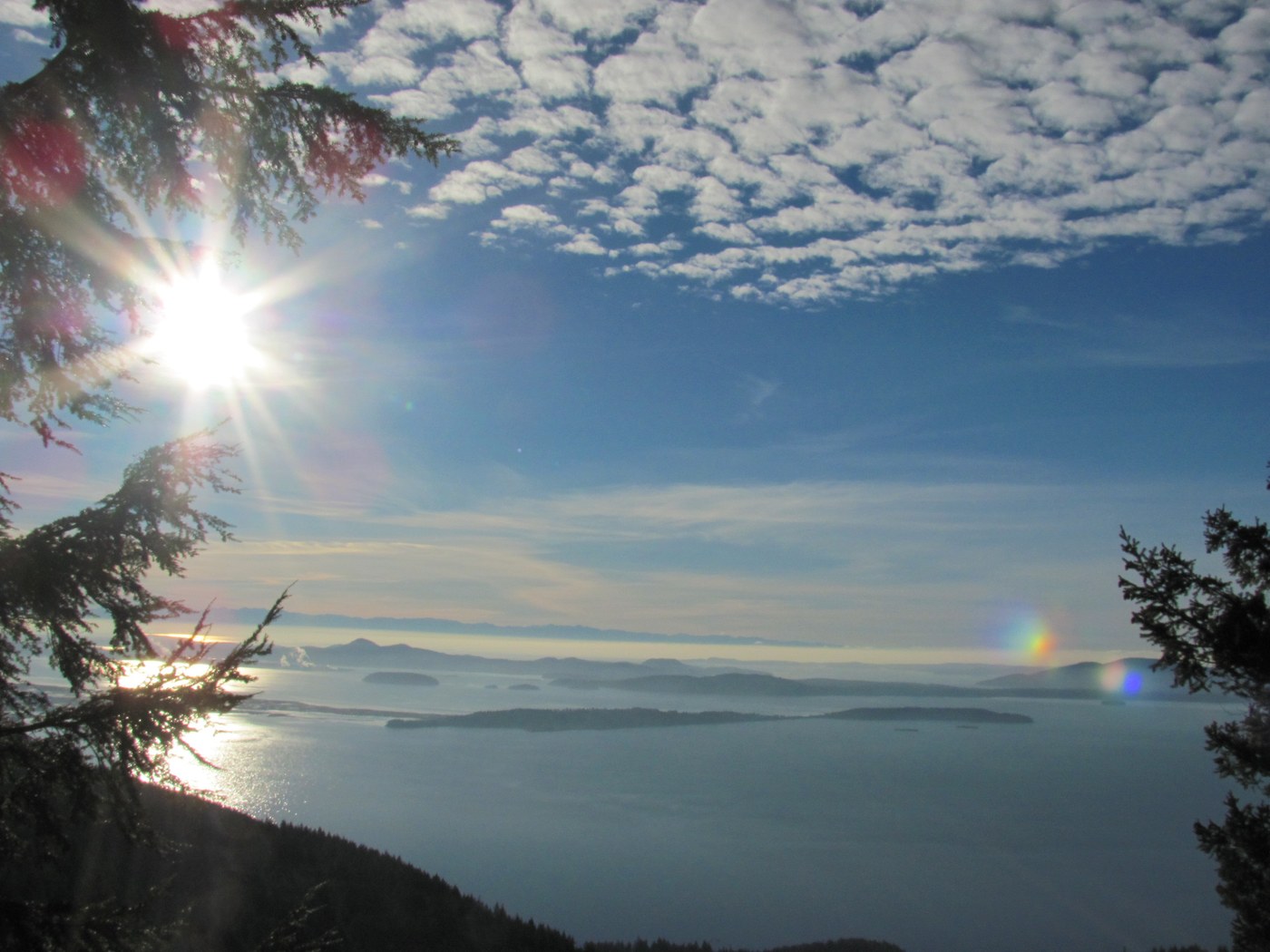 We weren't the only people to hike to Oyster Dome on the first day of 2015. I'd estimate we saw between 50 and 75 people on the trail. It was a beautiful sunny day and the temperature was somewhere between 27 and 32 degrees. Some of the trail had black ice on it and in fact a hiker in front of us on the way down slipped and broke her wrist. The hike was a good workout, I was carrying a pretty heavy backpack as well as my heavy self so the uphill climbs got progressively more difficult but I kept going, looking forward to the view at the peak. The view was beautiful and the rocks were pretty crowded with folks sunning themselves. No one seemed to be sweating as much as I was but that seems to be how it is these days. The hike up was 3 miles and, oddly, the hike down was also 3 miles. We started at noon and ended up at the bottom at 4:30, after the sun had gone down. I can't imagine hiking down that hill in the dark with black ice patches but there were folks heading up there while we were on our way down. All in all, a great way to start the new year. 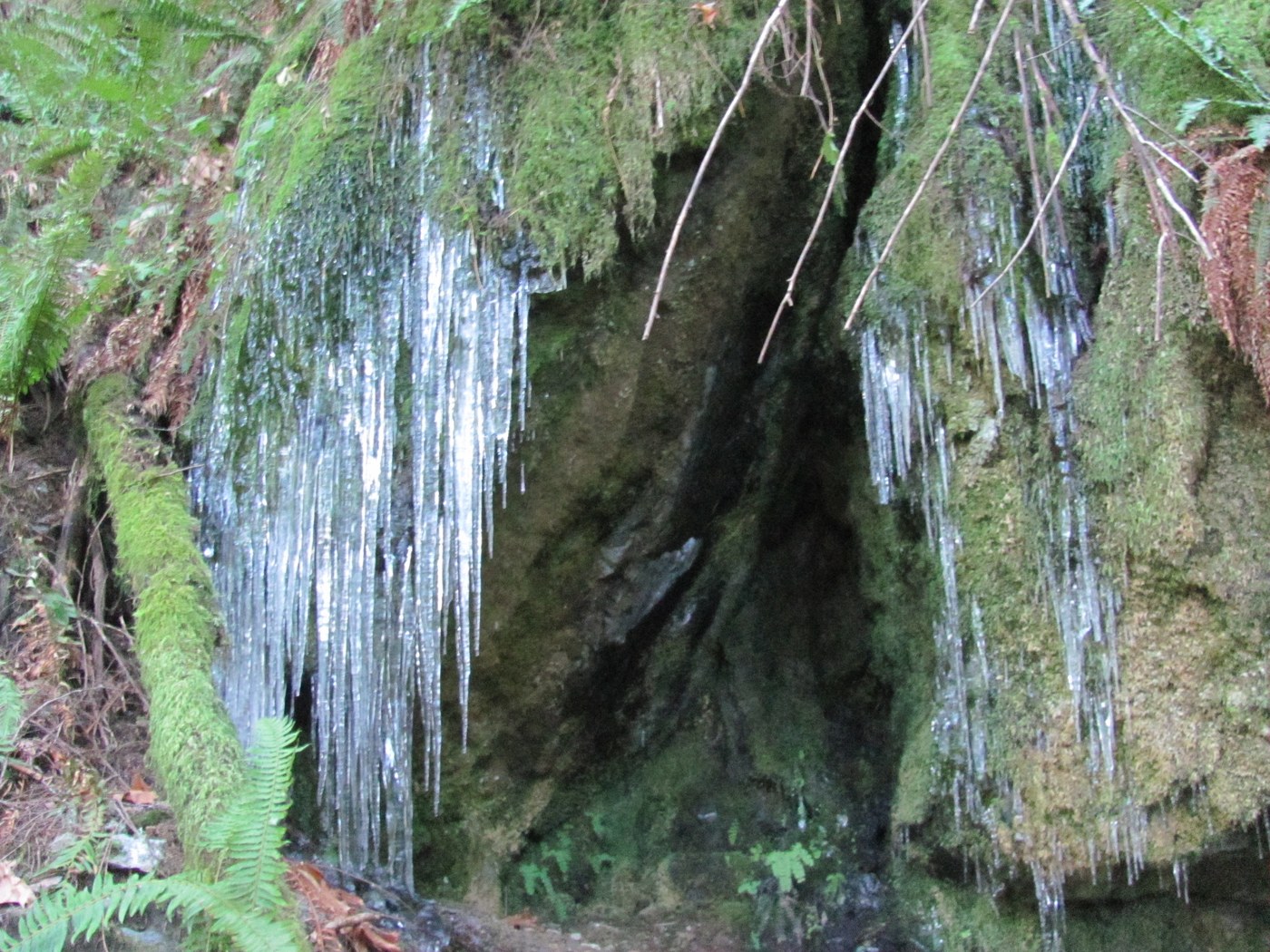 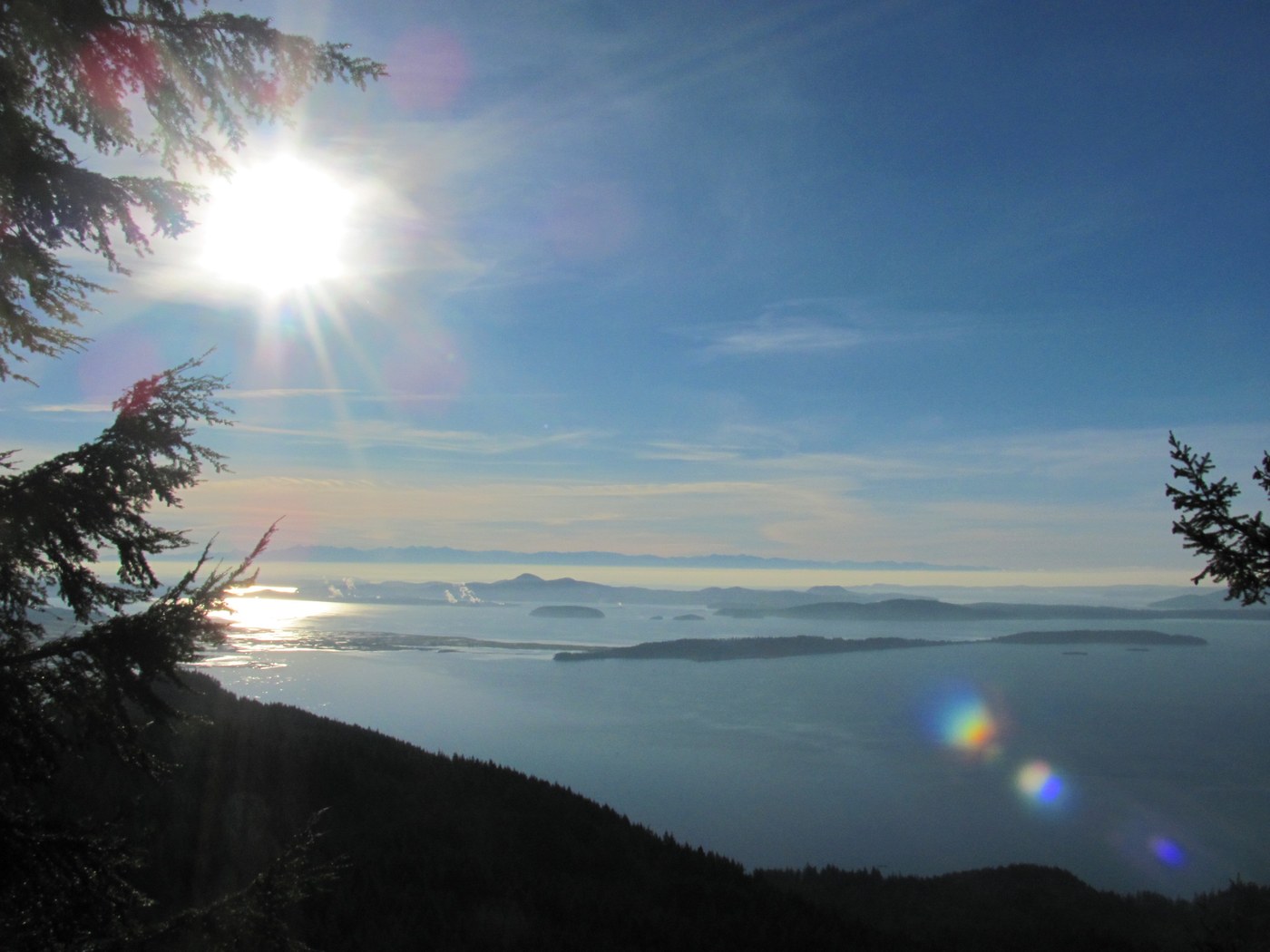 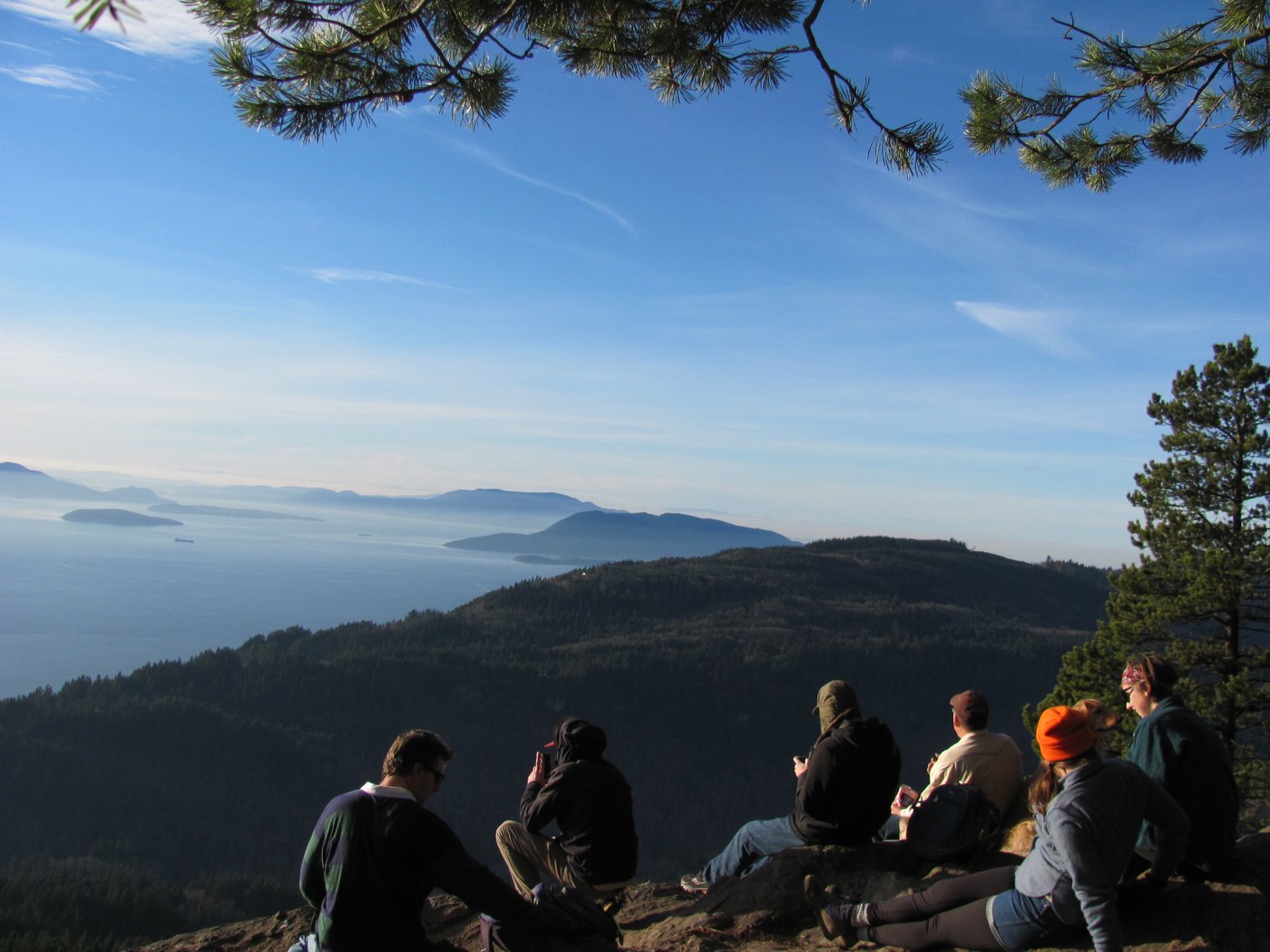