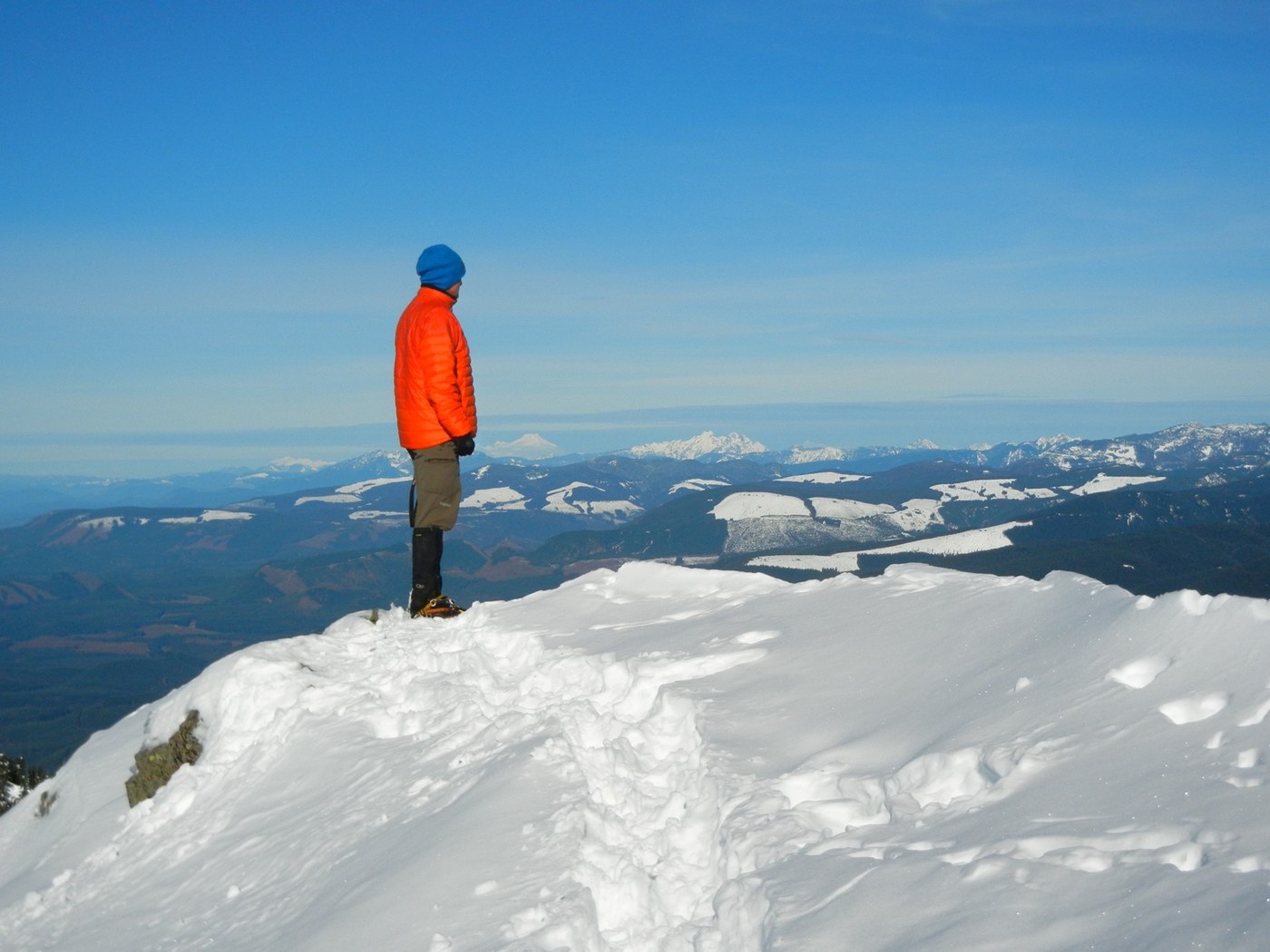 Don and I were the first ones on this summit on the first day of the year. And another first was about to happen as we passed a ham radio operator on his way up to be the first one to put this "Summit On The Air" by making a contact with his radio, from the 4788' peak. It was a beautifully sunny day and neither Don nor I had been out in a while. Don was still recovering from bronchitis and I from a west coast cruise from the bottom to the top of Africa. We departed up the road on foot at 0730; prepared with snowshoes, crampons and shovels in anticipation of considerable snow above. The trail was easy to follow but became icy below the waterfall. Traction devices should probably be utilized from about 2400' but we waited until about 2700', when the trail was less dirt and rock, and had more snow covering it. We arrived on top about 1145 and saw others coming up while we departed at 1230. Snowshoes and shovels were unnecessary. While we didn't check the snow depth we guess it was about two feet of snow on top. Most hikers we passed were only going to the Teneriffe (Kamikazie) Falls and almost all had micro-spikes or yak-trax on. Got back to the vehicle at 1515 and home an hour later. We started the year out right and hope to continue regular outings (weekly - weather permitting) throughout the year. Now that's a good New Years resolution!
0