Never too Late to Start

Galen Chamberlain was 61 years old when he started hiking. Now, at 81, he has hiked thousands of miles and is still going strong | by Holly Weiler

It would be easy to assume that Galen Chamberlain has been hiking his entire life, especially when he rattles off the hikes he has completed and the backpack trips he's planning for the summer. However, the active 81-year-old only turned to hiking at age 61, a year after retiring from a career of running heavy equipment for the construction industry.

At first glance, it might not be a career path that naturally leads one to take up hiking hundreds of miles a year. But Galen’s story shows that people come to love hiking for many reasons—and that it’s never too late to take up the pastime.

Prior to his retirement, Galen's main recreational pursuit was alpine skiing, which he picked up at age 47. It was an activity that fit well with construction's slow season. Galen still skis today, and he’s added Nordic skiing to his repertoire. 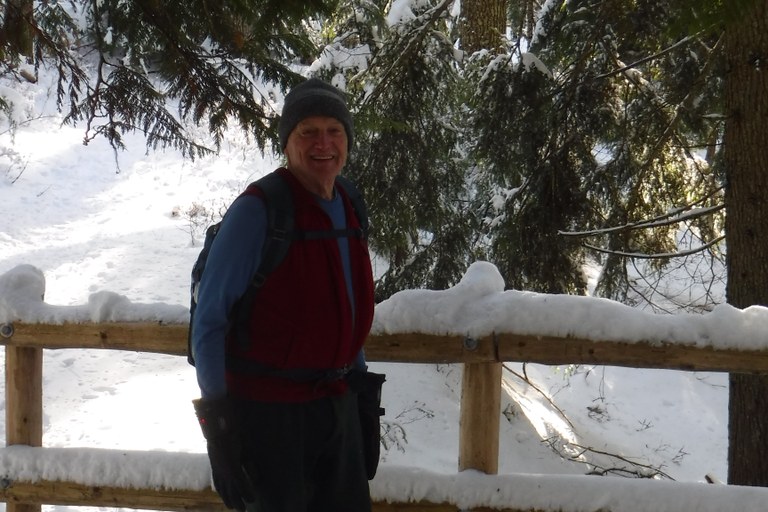 Eventually, he joined the Spokane Mountaineers, mainly as a way to connect with other Nordic skiers. He learned of the other activities offered through the club but scoffed at the idea of “idiots who walk 15 miles and sleep on the ground, and they could probably drive within a couple miles!” However, it wasn't long before Galen started to add new activities to his interest list. In the two decades since he retired, Galen has amassed an impressive resume of outdoor accomplishments that leave much younger hiking companions scrambling to keep up.

Galen has amassed an impressive resume of outdoor accomplishments that leave much younger hiking companions scrambling to keep up.

Galen sets an annual goal of 500 hiking miles. This goal is his minimum, and last year he exceeded it by nearly 100 miles. He keeps a detailed journal of his hikes and has covered more than 11,000 miles on foot in the 22 years he has been keeping track.

He is working toward the long-term goal of completing every hike in Rich Landers’ “100 Hikes in the Inland Northwest." The “100 Hikes” list became a gradual goal, as Galen noted trips completed in the margins of the book and realized completing the entire book was within reach. He only has 13 hikes remaining before earning the agreed-upon reward of a beer with the author. One minor difficulty along the way was the publication of the second edition, when Galen realized that some of the hikes he had already completed didn't make the cut in the updated book—new hikes took their place and lengthened his list of needed hikes. 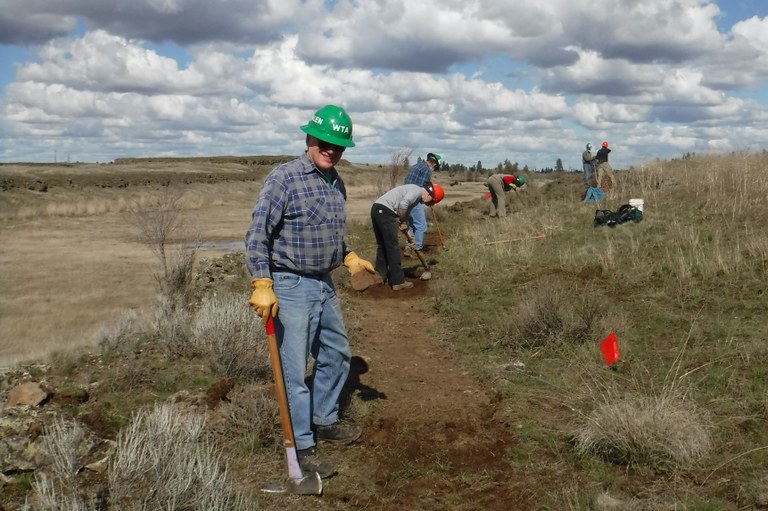 Galen even found a way to combine one of his other passions, flying, with his “100 Hikes” goal. A longtime pilot, Galen frequently arranges to fly to backpacking destinations and then have other hikers from his trip pick him up at the airport and transport him to the trailhead. He hopes to fly to the Wallowas later this summer for a planned trip to Swap Lake as part of his “100 Hikes” quest. Other needed hikes he hopes to complete this year include Independence Creek over the Fourth of July holiday and the Lakes Basin Loop, also in the Wallowas. He is also hoping to join a friend for the Mortar Pestle Lakes Loop in Canada; that will be hike No. 100 for Galen's friend, who has been working toward his own goal of completing the “100 Hikes.”

Galen named Mount Kit Carson as his absolute favorite hike. He has hiked it more than 75 times and loves its easy access and beauty in all seasons.

Adding backpacking to his repertoire has led Galen to volunteer opportunities that bring together his professional and recreational skills. Construction work, which was what originally gave him the time to be out skiing, now gives him a new reason to get outside. Several years ago, Galen led a backpacking trip through Holden Village to access the Pacific Crest Trail. While there, he learned he could volunteer in exchange for room and board, and his skills in running equipment were in demand. He now makes at least one trip per year, training others to run the crane owned by Holden Village and also completes the required yearly inspection on the machinery.

Galen doesn't confine his outdoor pursuits to his “100 Hikes” list. Some of the notable trips he has taken include hiking the Milford Track in New Zealand, biking the Camino de Santiago across Spain, backpacking twice on Alaska's Chilkoot Trail, and three backpack trips to Coyote Gulch in the Grand Staircase-Escalante National Monument. He's also planning a trip to Europe for 2019. Galen named Mount Kit Carson as his absolute favorite hike. He has hiked it more than 75 times and loves its easy access and beauty in all seasons. 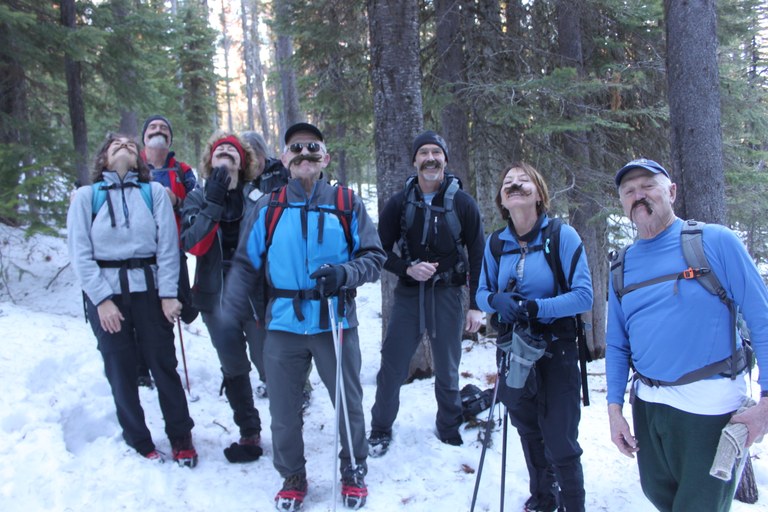 Galen’s training regimen for avoiding injury includes daily pushups and yoga, and he participates in a yoga class at the YMCA once or twice a week. He started this routine with pushups and stretching more than 30 years ago. He had applied for a job at an aluminum plant but failed a physical when the doctor noted he had arthritis in his back. He was told he would be unable to work within five years, a prognosis that Galen determined to prove wrong. He researched and created his own strengthening routine and has stuck with it, later adding yoga. His back pain has disappeared.

In addition to his 500-mile annual hiking goal, he averages 30 to 40 ski days (a mix of alpine and Nordic) per year, along with road biking and kayaking. Galen's accomplishments prove that not only is it possible to keep hiking as an active senior, it’s also possible to pick up hiking at any age.

This article originally appeared in the May+Jun 2018 issue of Washington Trails Magazine. Support trails as a member of WTA to get your one-year subscription to the magazine.