Skip to content
Grassy Knoll and Big Huckleberry Mountain Craig Romano's Day Hiking Columbia River Gorge book posits that you can get Dog Mountain-esque views for less of a workout by visiting Grassy Knoll. I would counter that Grassy Knoll is steeper and ... https://www.wta.org/go-hiking/trip-reports/trip_report.2018-05-13.3752325621 https://www.wta.org/site_images/trip-reports/2018/tripreport.image.2018-05-13.0699945707/@@download/image/DSCN2120.JPG 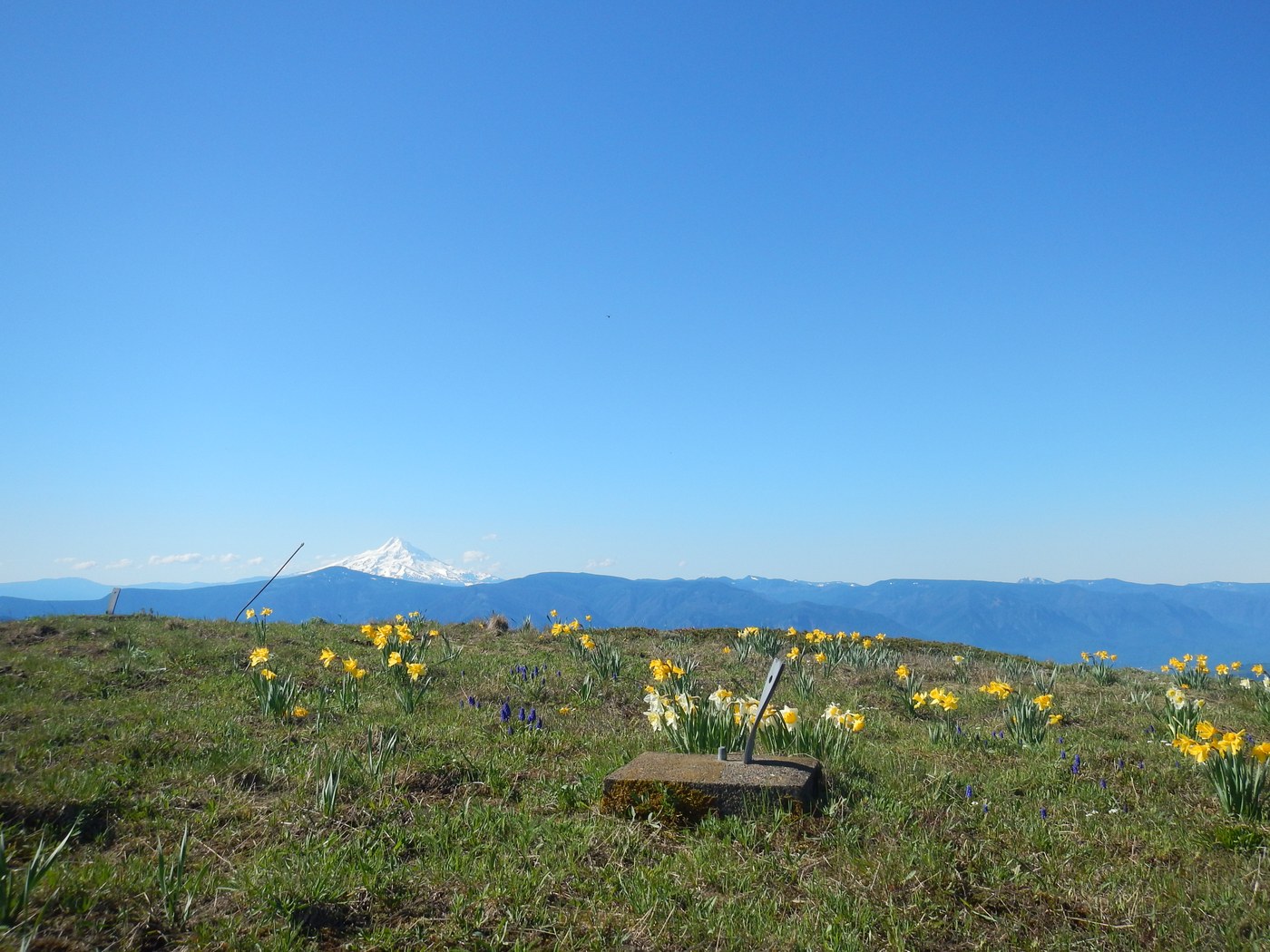 Of course, that's because it's to a former fire lookout site, and trails to those summits never mess around. Which was unfortunate for me this day, as you'll see in a minute.

I kicked off my Saturday with this hike, after a long drive from Big Cedars County Campground (frankly, not worth the $20 overnight fee, as all the sinks in the bathroom were either leaking or completely broken, and there was no indication of potable water). I drove up NF-68, which is smooth-except-for-the-potholes. Seriously -- the road is pretty good, except for the potholes. When they're there, they're big. I returned from the trailhead following the directions in the Columbia River Gorge book, and it's far better -- definitely the recommended approach. tl;dr, don't use Google's directions.

Anyway, Grassy Knoll was a heck of a warm up hike, and I'm really glad I did it early -- it would be hot as heck on an afternoon. I loved the daffodils at the summit, and the views were excellent. It was also really nice to spend some time on a trail without hearing shooting!

Now, back to why it was unfortunate that this trail was so steep...

Shortly after I returned to the trailhead, a couple with two dogs arrived in a Jeep. They headed up the trail after chatting with me for a bit, and I got in my car just a few minutes after they'd disappeared into the woods. It was about 10 minutes from when they'd headed up when I backed my car up, looked over and...oh no. Their dome light was on! Since it had been a few minutes since they'd left, I figured it was truly on, not just something that their car would automatically turn off.

I parked my car and jumped out, figuring I could probably catch them -- it'd only been a few minutes since they'd left. Yeah right. As soon as I got into the woods, I had to slow to a fast walk. I stopped several times, shouting into the woods to get their attention (which, incidentally, feels really stupid when you're the one shouting at potentially no one). I chased them up the trail for maybe three-quarters of a mile before I decided I wouldn't be able to catch them and turned around.

When I got back to the trailhead, the dome light was off. I really, really hope it's because it was just a super long delay and the car automatically turned it off, and not because the battery died. I can't believe it would die that quickly. Anyway, here's hoping they got back OK -- I saw a lot of cars coming up to the trailhead on my way down (which was a little dicey in a couple of spots -- FR 6808 is not exactly passing-friendly). But maybe they got a jump if they needed it from another hiker!

I see you, too Mount Adams. Photo by Anna Roth. 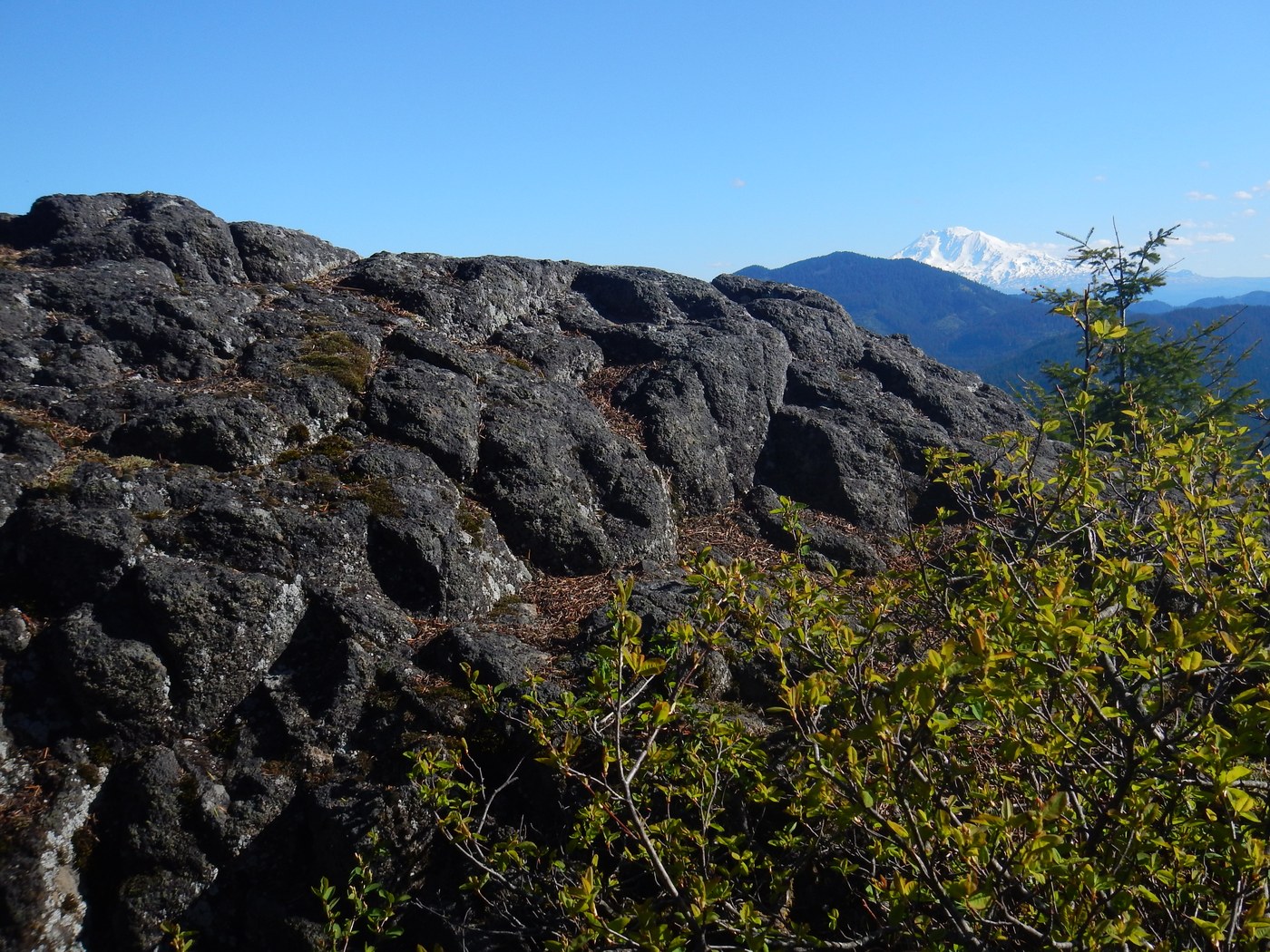 The one spot of snow to contend with -- it was in a bad spot on the trail. Soft snow on soft gravel, not great footing. Use poles. Photo by Anna Roth. 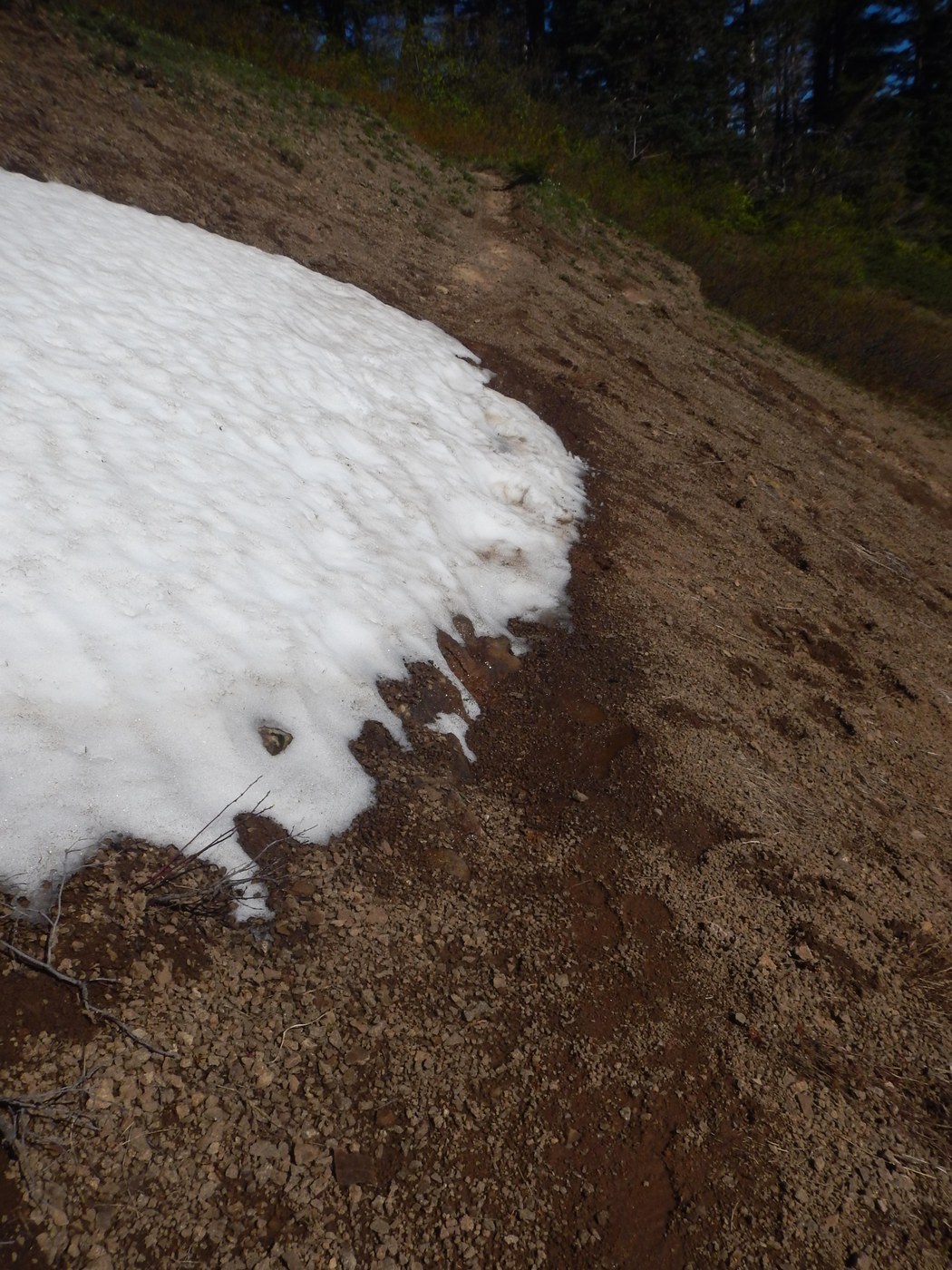 This section of trail was pretty sloughy -- all of this trail could be worked on, but this section was particularly bad. Photo by Anna Roth. 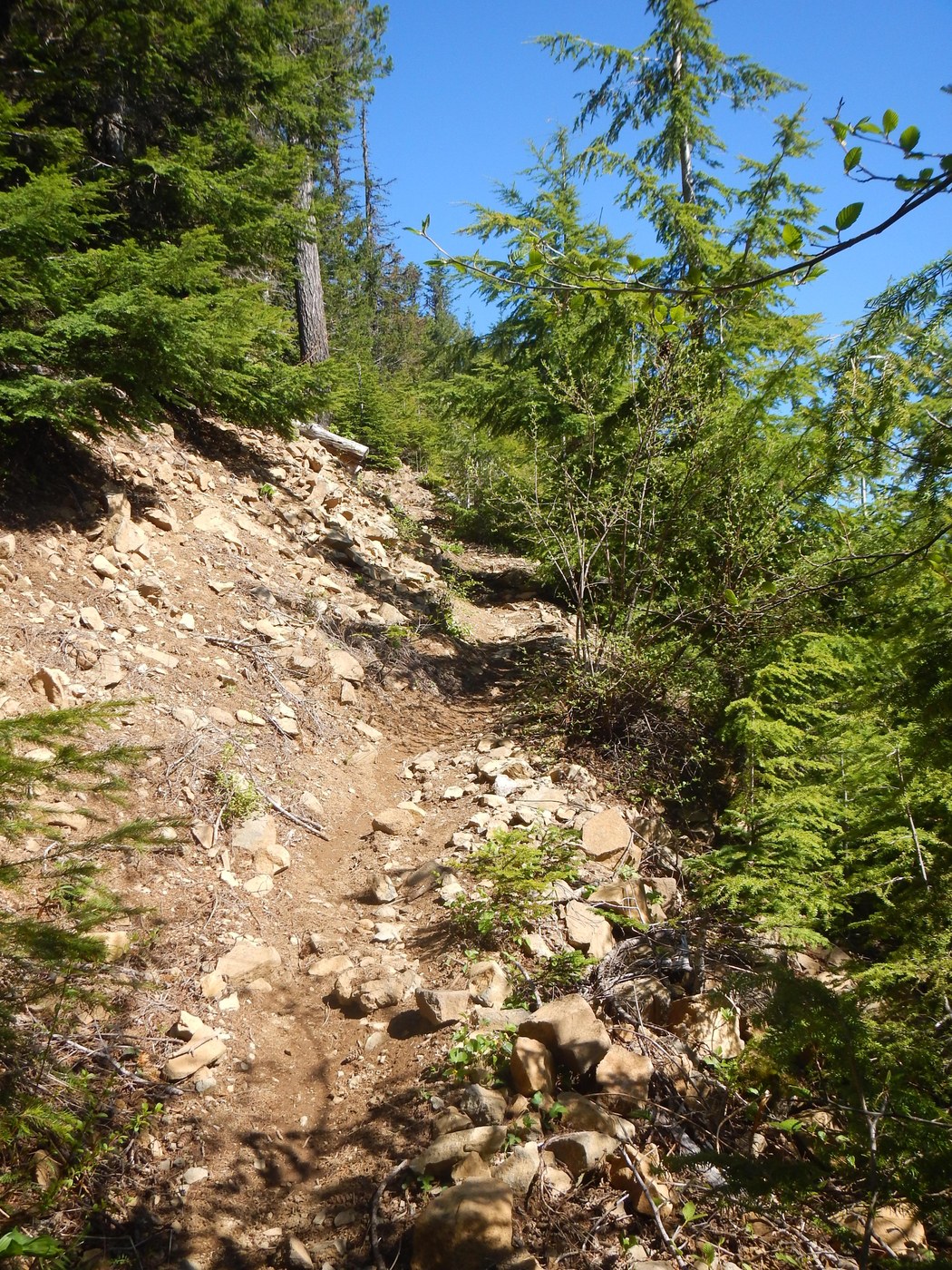